How to brew black coffee in a Turk properly? My favorite coffee is Jardine and this is not an advertisement.
For a long time, I fell in love with this particular brand of coffee.
I buy it all the time in grains and ground in a vacuum package. One of the most suitable oriental coffee spices is Cinnamon.
Especially this spice in coffee is good in combination with lemon.
Lemon and Cinnamon are the two main ingredients for coffee. 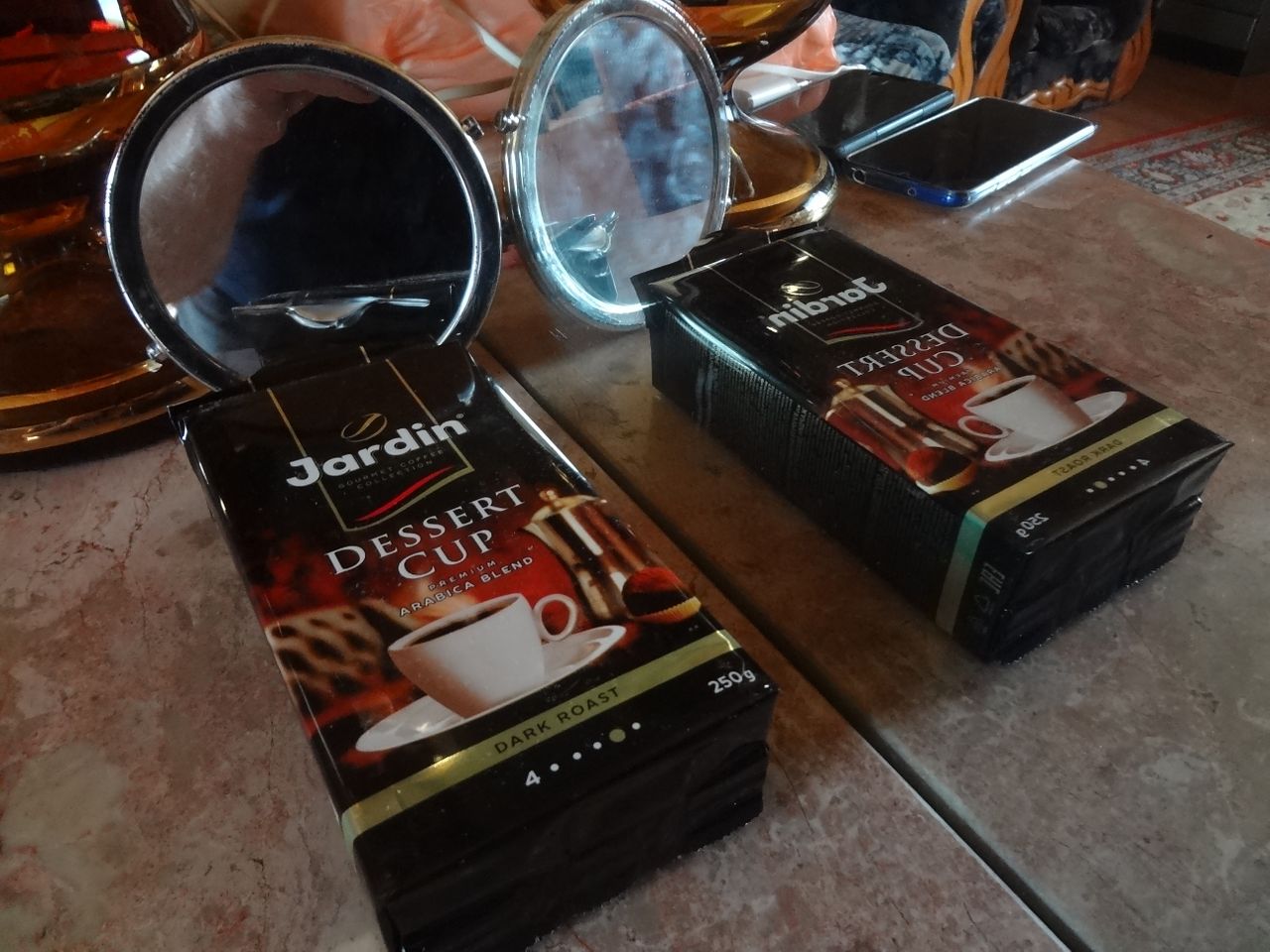 My good photo of a coffee pack with a mirror and a reflection.
Such a round small mirror gives an interesting effect for a photo.
Therefore, I decided that I could try to illustrate and so on coffee. 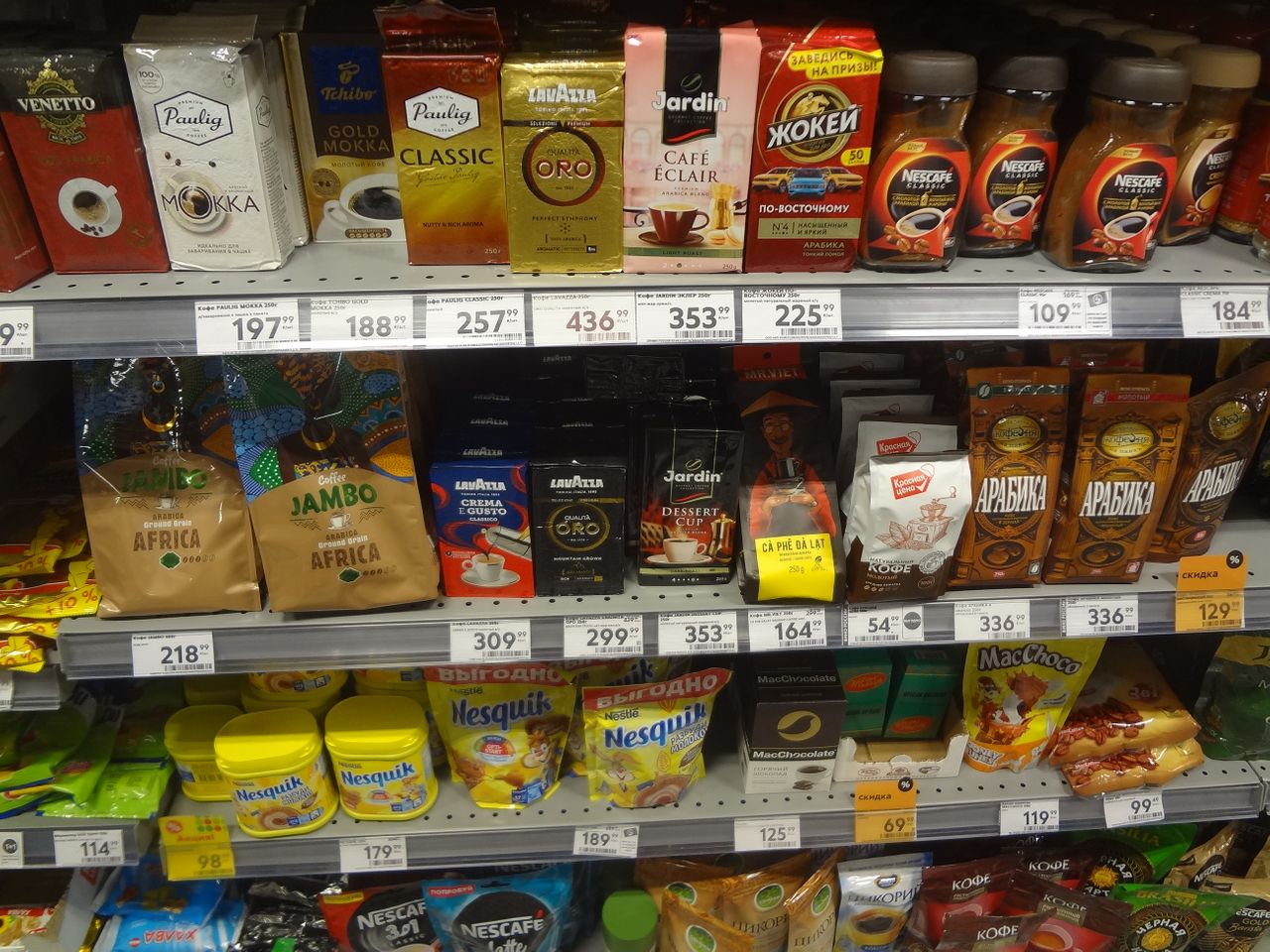 And this is a lot of different varieties and brands of coffee in the store.
On the counter you can see different packages and prices for coffee.
The selection of coffee is great, as are the prices of the products. 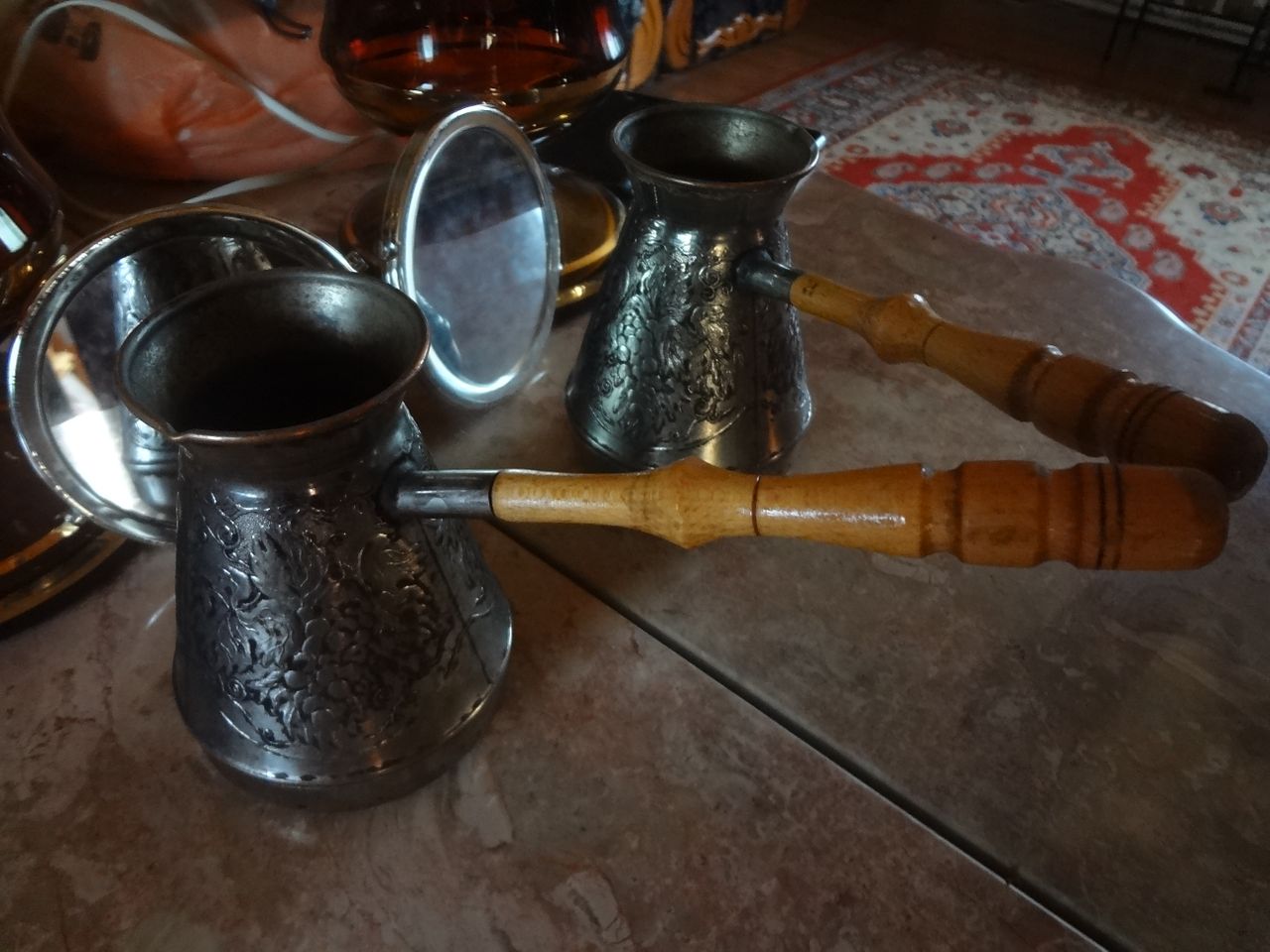 And this is my working Turk, in which I constantly brew coffee.
She already has a huge work experience - more than 40 years.
The Turk remembers the times when coffee was brought from China. 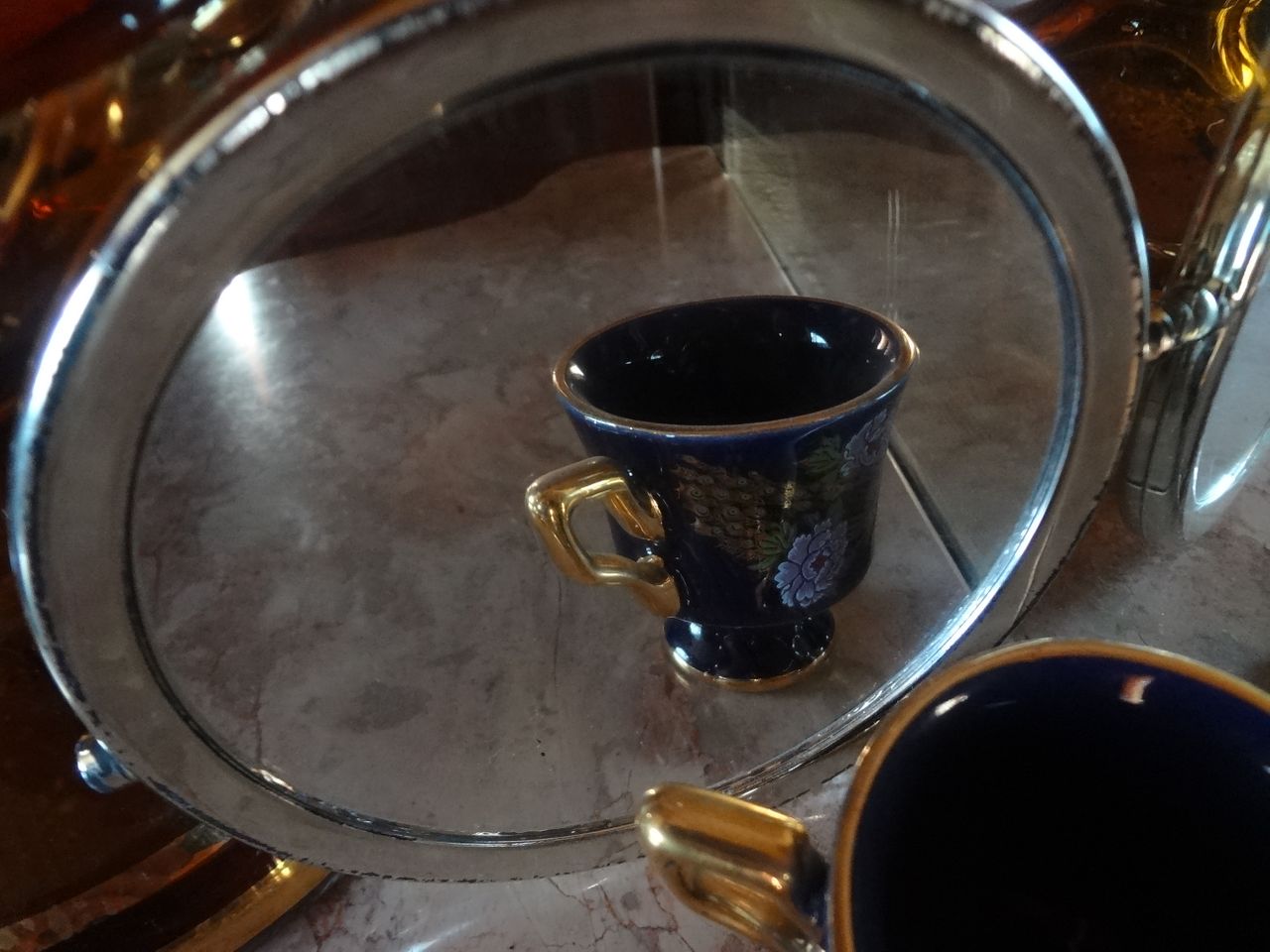 And these are Turkish cups and they are made specifically for coffee.
Back in the days of the USSR, I brought this coffee service.
Bought it in a shop in Istanbul city when I visited it as a tourist. On the shelf there is another batch of coffee by brands and prices.
Coffee is different in roasting, there is also a very strong one.
But basically all the coffees are medium to medium roasted. In the photo there is a bell in which I urge everyone to drink coffee.
When the coffee is already brewed and ready, I hit it three times.
Everyone knows - I made coffee and go to drink it together. 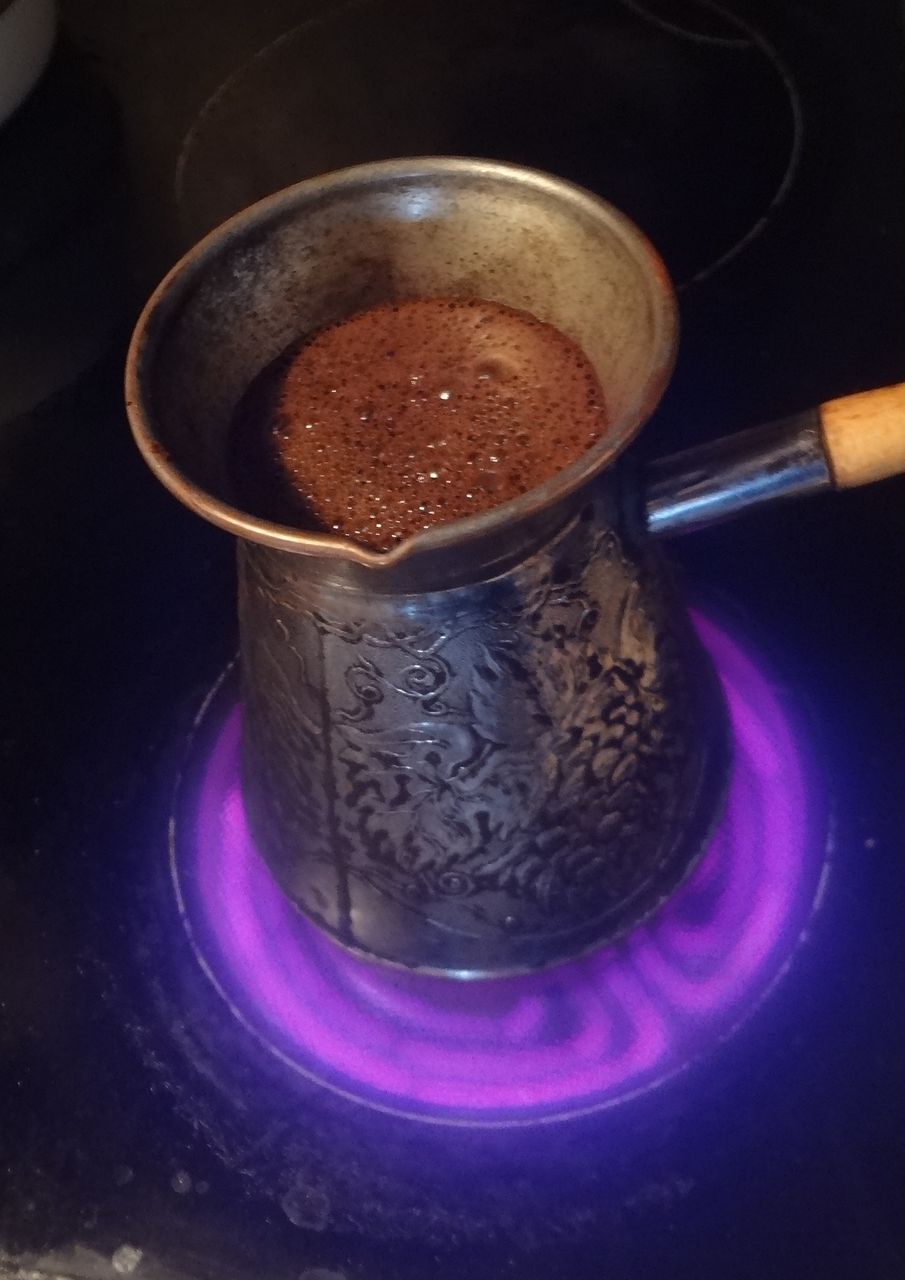 And this is my famous Turk, in which I always brew coffee.
Here you can clearly see how the foam begins to rise.
The coffee will be completely ready in 2-3 seconds.
And everyone will hear the cherished sound of the bell.

HOW DO I PROPERLY BREW BLACK COFFEE IN TURKEY?

How to brew black coffee in a Turk (cezve) properly? If you say this to someone, then from the first word - everything seems to be clear and simple. But no - not everything is as simple as it seems. Real professionals (not amateurs) who brew coffee very well know that this has its own secrets. For the first time, as a child, I tried coffee in Georgia and Abkhazia (since I was born and lived there until I moved to Russia), where it is brewed on hot sand. Well, and for some reason this coffee is called Turkish coffee? It is understandable that Oriental or Turkish coffee began to be prepared in the countries of the East and Asia much earlier than here in the Caucasus, in Russia or in European countries. But this particular coffee is the most familiar to everyone who has ever tried to drink black coffee brewed in a Turk. Since this is the easiest way to make coffee, the Turks, even during the Soviet era, were sold everywhere, but they were more of the same type.

They could be bought at hardware stores or markets. Interestingly, it was easy to buy even copper Turks, which today can be found with great difficulty. But to say that there were many coffee lovers at that distant time - no, there were few of them. Loved because of the shortage of instant coffee and the better known Nescafe. More widely known coffee had and received in the future - this is in the south of the country. In the Black Sea resorts and especially in Abkhazia, coffee could be tasted everywhere - in cafes by the sea or in restaurants. Also, coffee has always been popular in the Baltic countries - Estonia, Latvia and Lithuania. But coffee gained great popularity after the 90s, when borders opened, and coffee began to be imported in many to Russia and many varieties appeared on sale in stores. Such is the story of the appearance of real coffee from beans in our country.

And then I would like to tell you the simplest and most common way of making black coffee in a Turk (as in my photo). In order to brew good black coffee, you need ground coffee, about 6 grams (the grinding should be fine) for every 100 grams. I have a Turkish 250 grams - it can hold water. So I add 15 grams of coffee. Measure in grams, of course, is not for everybody - I personally measure everything with teaspoons. Therefore, I throw 2-3 full tablespoons of coffee (with a slide) into the Turk, add a pinch of salt to it and fill it with water (the water should only be cold). I put this coffee aside so that it is sure to infuse, and the ground coffee swells. This further affects the taste and aroma of coffee - proven over the years. After 15-20 minutes, you can put coffee on the stove and cook. When the coffee is close to the finish line, you will see a foam hat - it will quickly rise to the edge of the Turk's neck. It is necessary to prevent boiling, but to remove the turk with foam from the stove. You can pour coffee into cups and serve to drink this wonderful drink.