Blog of the Week: "That one childhood memory that lives with you"

For a very long time I could not begin to write this post in the Silver Blogger Community at the Children’s Memory Contest...

We all already have a lot of experience!

And part of this precious baggage is in a distant past - in our childhood!

Childhood is a happy time. Most childhood memories are joyful, happy, fun, carefree! 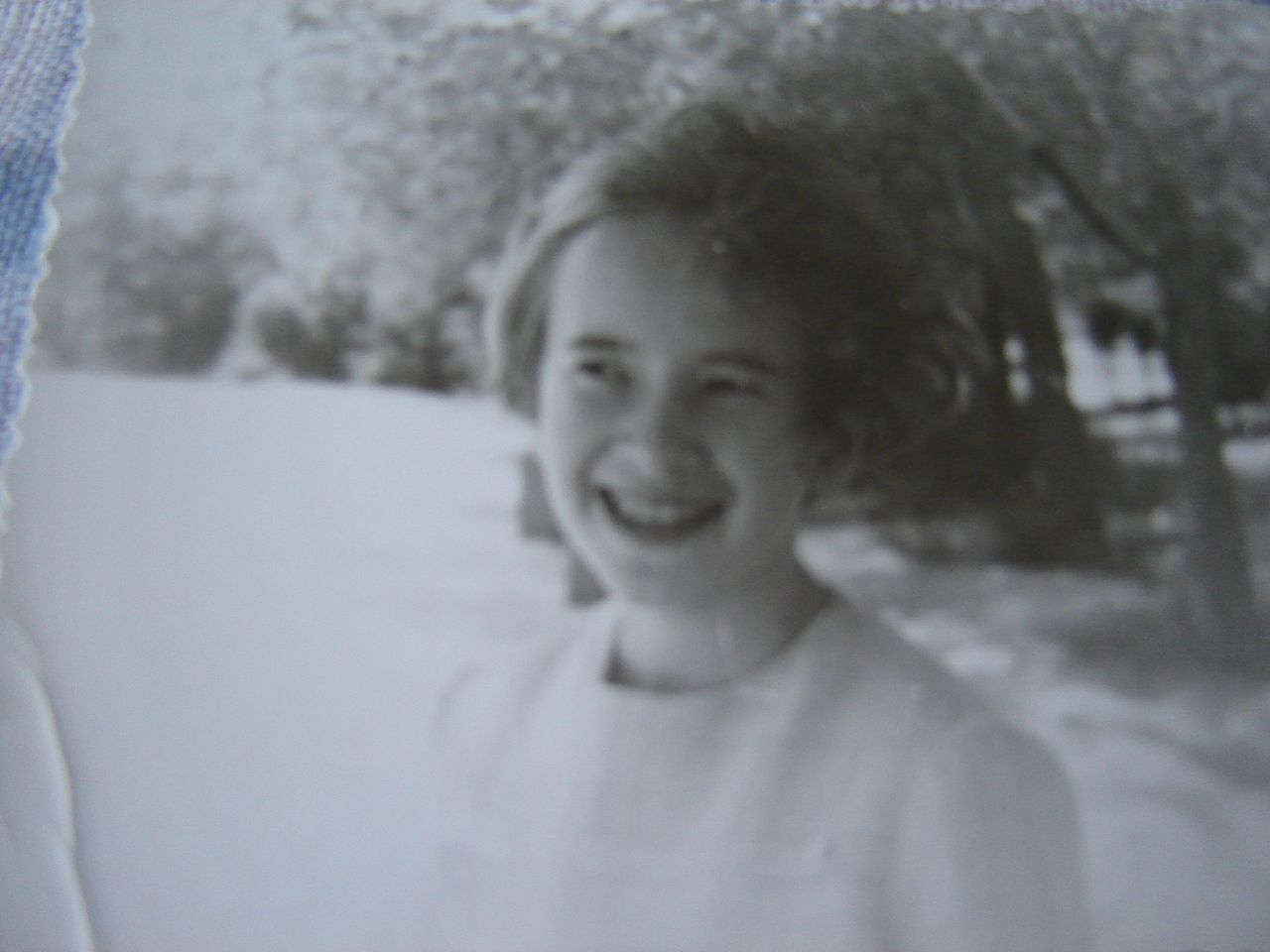 These memories paint bright colors on our hard life today.

When I think back to my childhood, I want to laugh with joy. And at the same time, sometimes I want to cry...

What is one memory from a beautiful childhood I choose to share with you?

There are so many memories...

But I think I chose!

My best and happiest childhood years are connected with Kazakhstan!

I announce on the Contest of Childhood Memories theme «Years spent in Shevchenko»!

Can I tell you a little bit about the city?

Shevchenko (Aktau) is a beautiful city in Kazakhstan on the coast of the Caspian Sea.

The town is located on the Mangyshlak peninsula. Shevchenko is surrounded by dry steppes.

The landscape around the city might even be called a semi-desert.

The land is very dry everywhere. In summer, the ground is cracked from the heat. 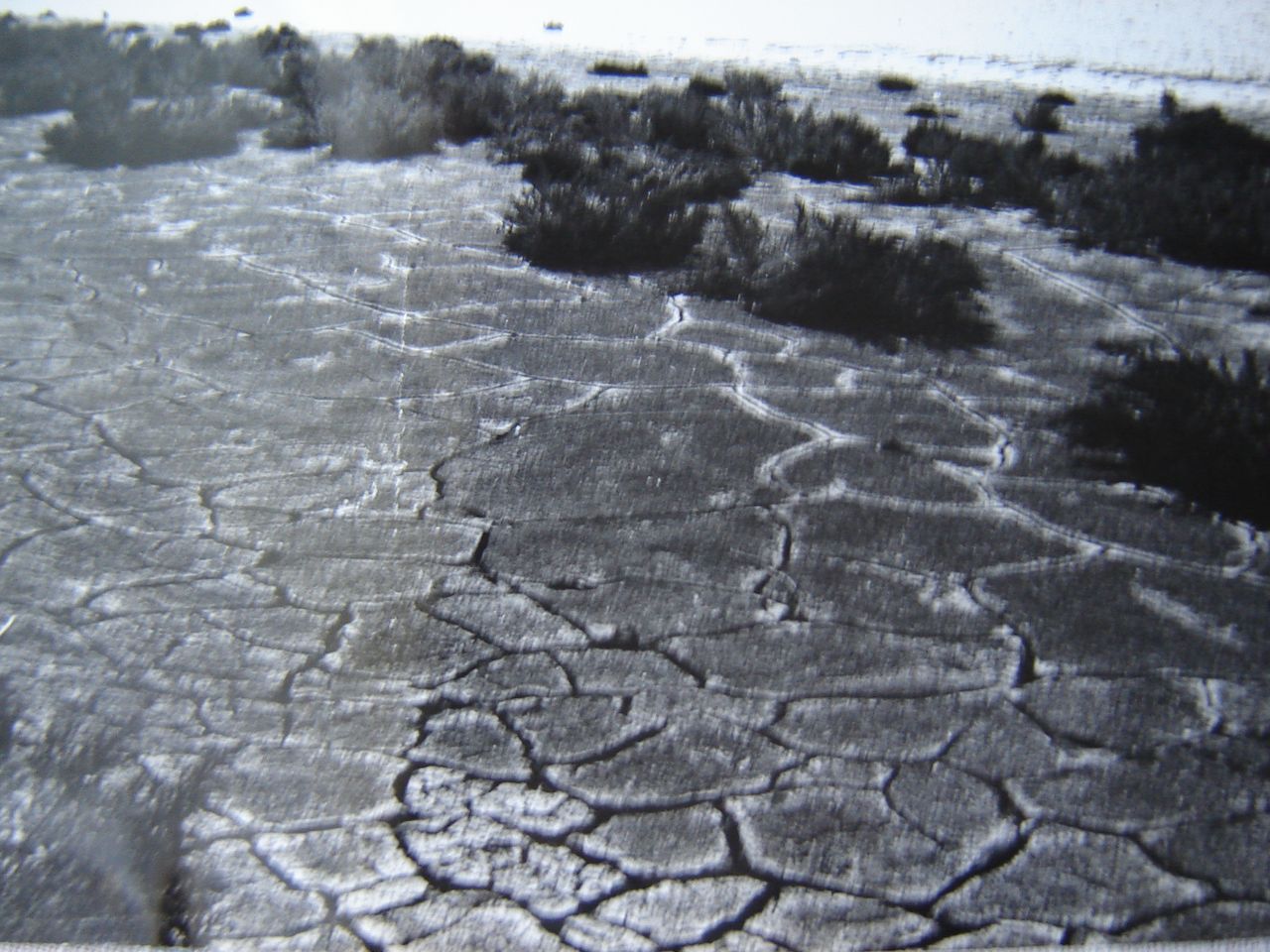 Only in the early spring the steppe comes alive and is covered with green grass and flowers.

I remember what beautiful red tulips bloomed in the steppe in March! 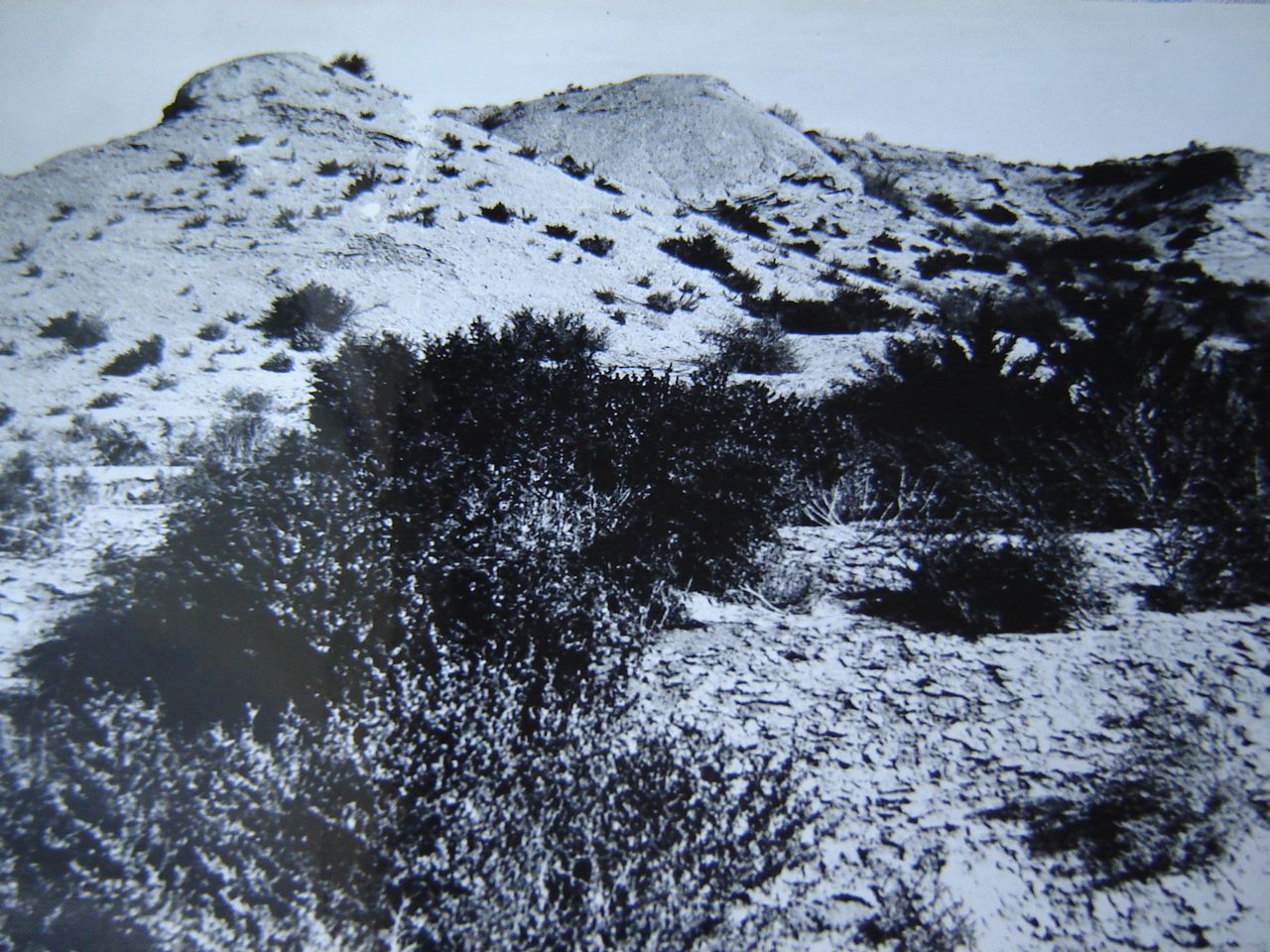 In Shevchenko itself, too, very few trees were growing.

The climate was very arid. In summer, the temperature is high.

Besides, there was dry hot air from the steppe.

From the trees in the city could survive only unpleasant poplar, acacia and a tree karagach.

This is a typical Shevchenko landscape. 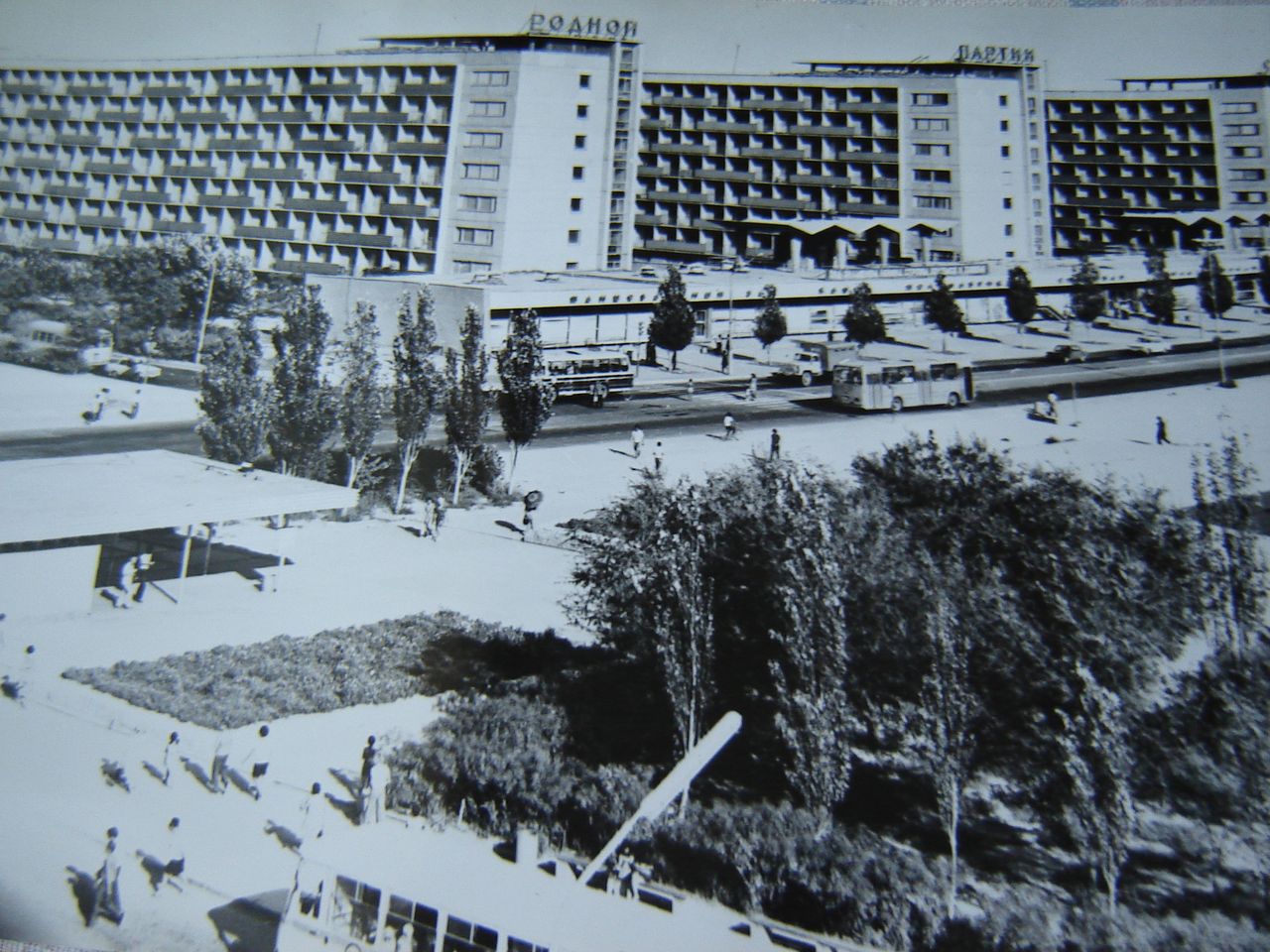 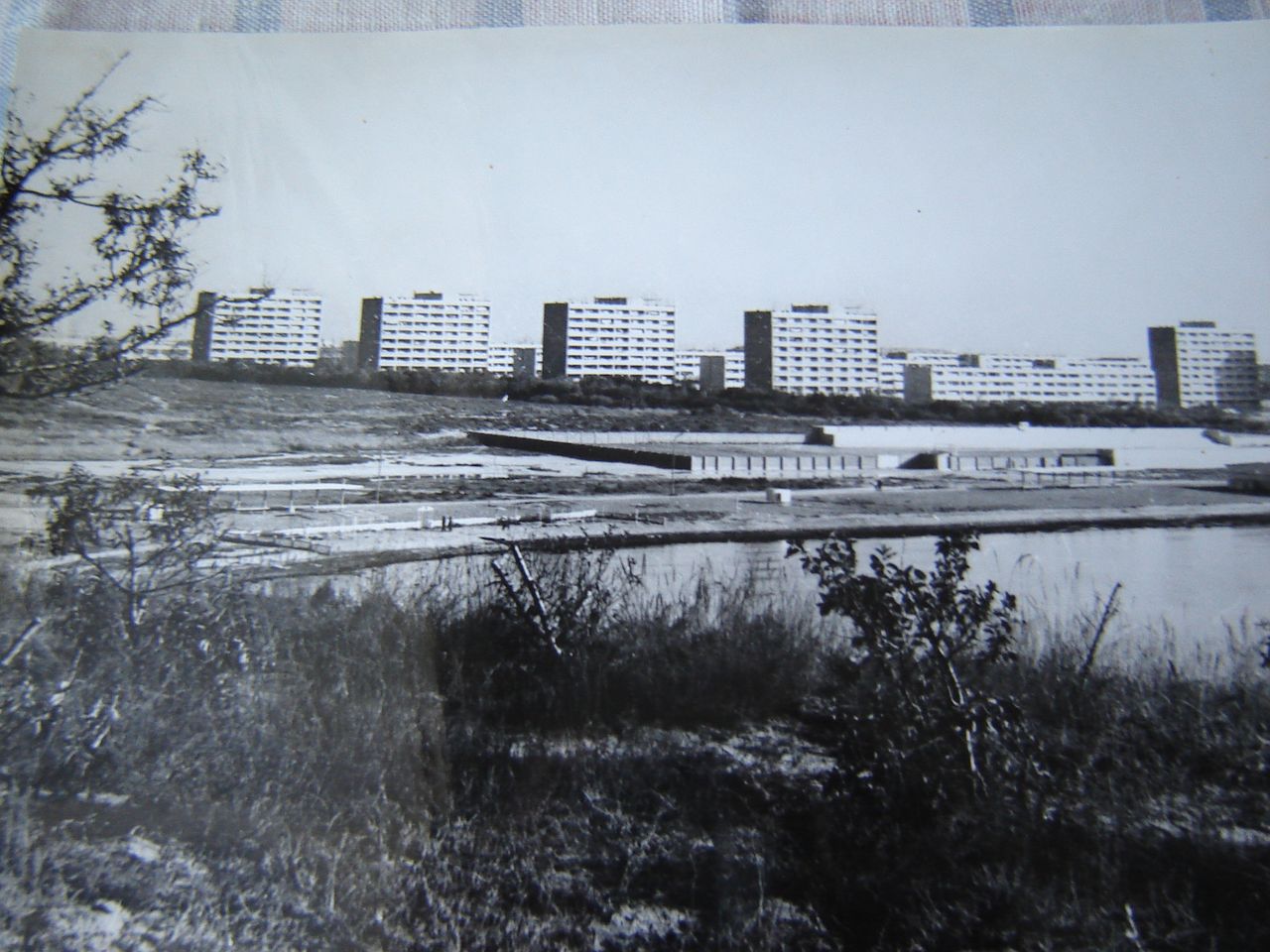 In the city of Shevchenko

That’s why the city’s favorite resting place was the sea!

How I loved this beautiful Caspian Sea!

The Caspian sea is colder than the Black Sea.

But we kids loved swimming in the waves of the Caspian!

This is a picture of my young mother and friend on the Caspian Sea. 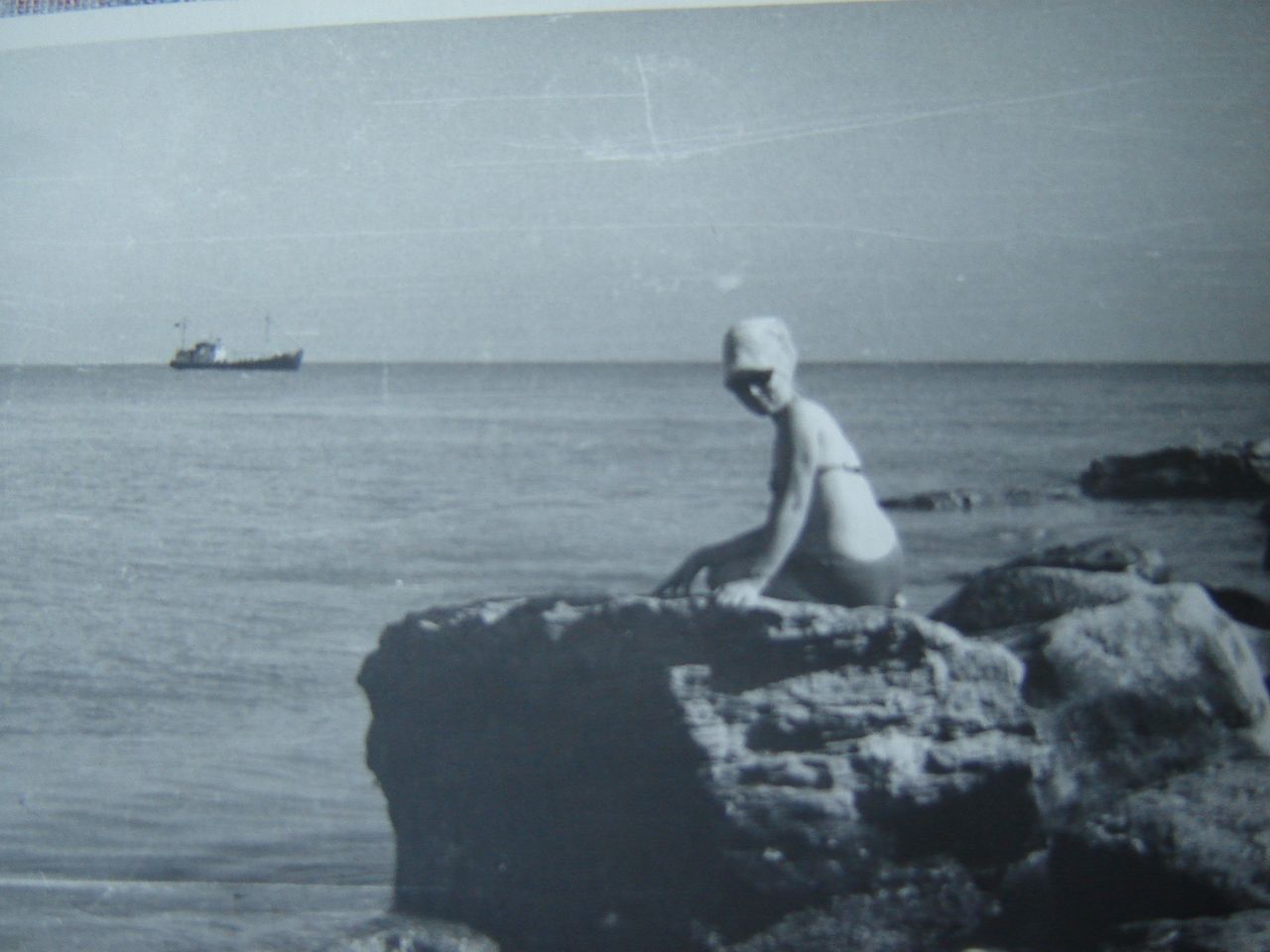 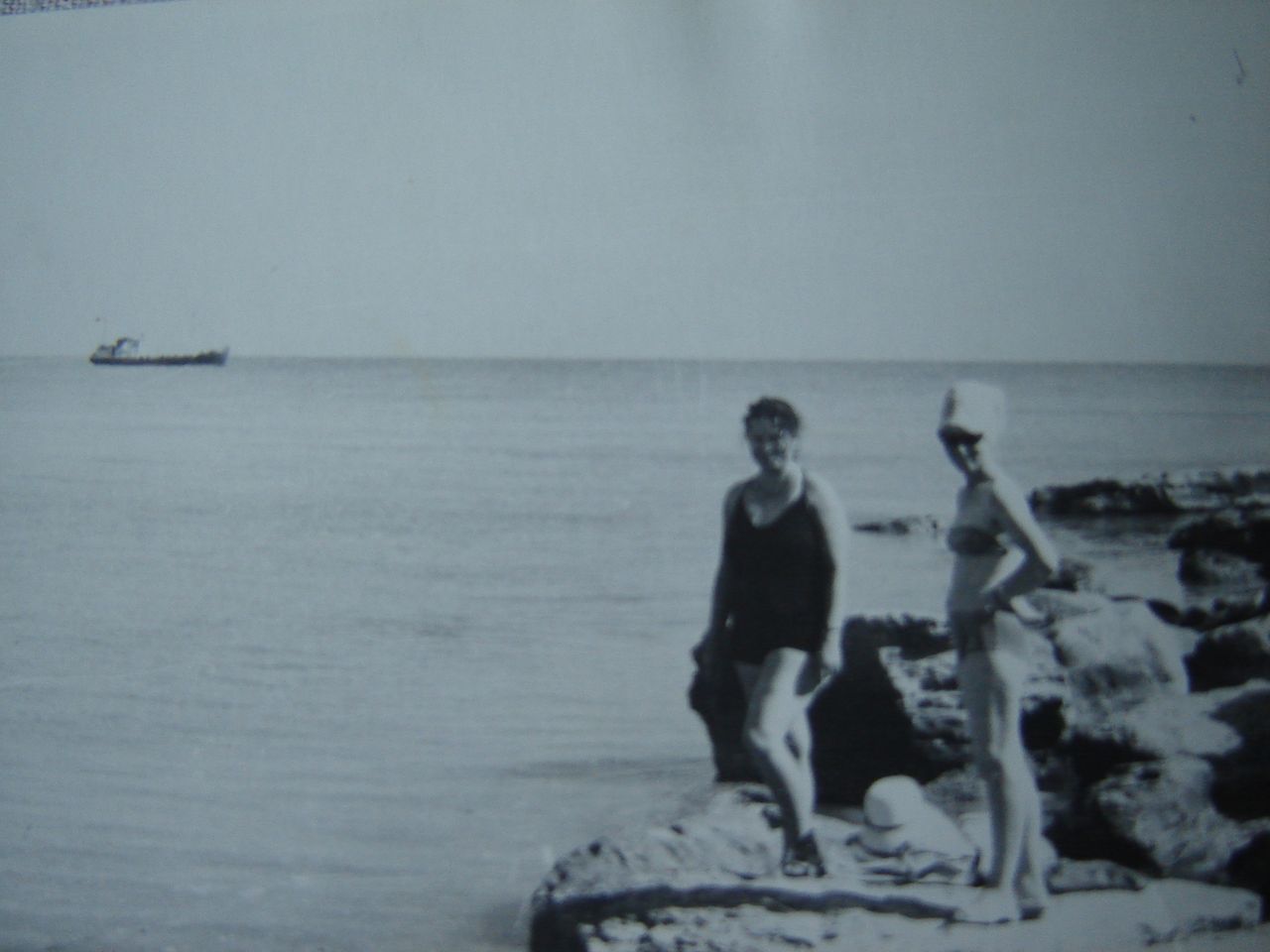 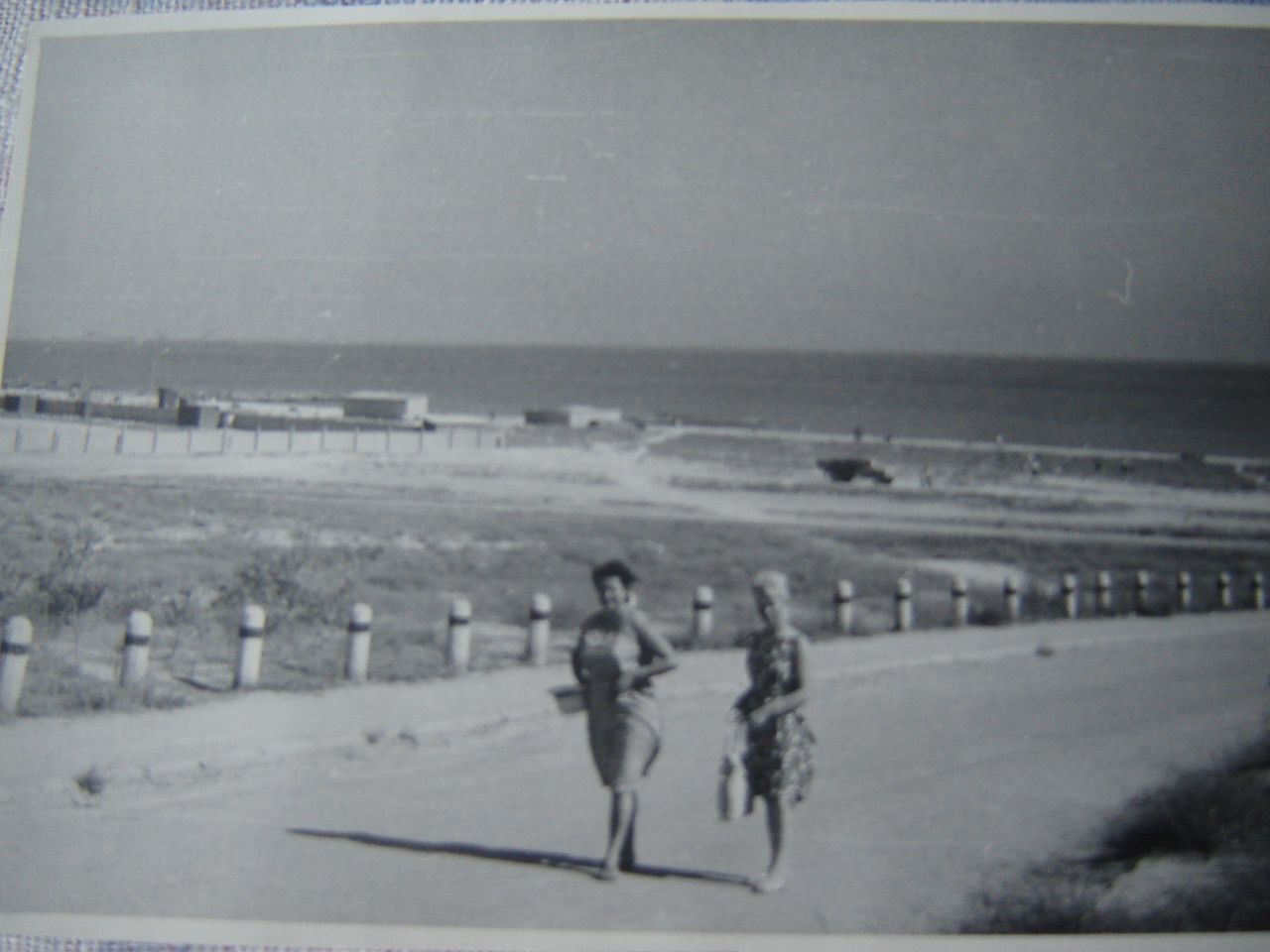 Mother in the Caspian Sea

The Caspian Sea was also a source of food.

My father often went fishing. And came home with a rich catch of fish and crayfish.

When I was a little kid, my parents used to put live fish in a tub of water. And I used to play with fish like toys.

I remember there were some very interesting addresses in the city of Shevchenko.

Usually in every city of Russia the usual address of a person’s residence consists of the name of a city.

Then the street, house number and apartment number are indicated.

But in Shevchenko my address consisted of such a combination of digits: 1 (neighbourhood number) - 3 (house number) - 30 (apartment number)!

I lived in the first neighborhood, so my address started with the number 1.

Shevchenko is an amazing city in the middle of the steppes!

Can you imagine? We had no natural source of drinking water in the city!

What kind of water do the people of Shevchenko drink?

Shevchenko had a special desalination plant for sea water. This is a unique phenomenon.

My parents brought me to Shevchenko when I was a baby.

I remember the happy moments of those times.

I was often brought to visit my mother’s friend.

This is a picture of me visiting my mother’s friend. I’m sitting on the sofa with my eyes bulging 😁

My aunt must have surprised me 😁 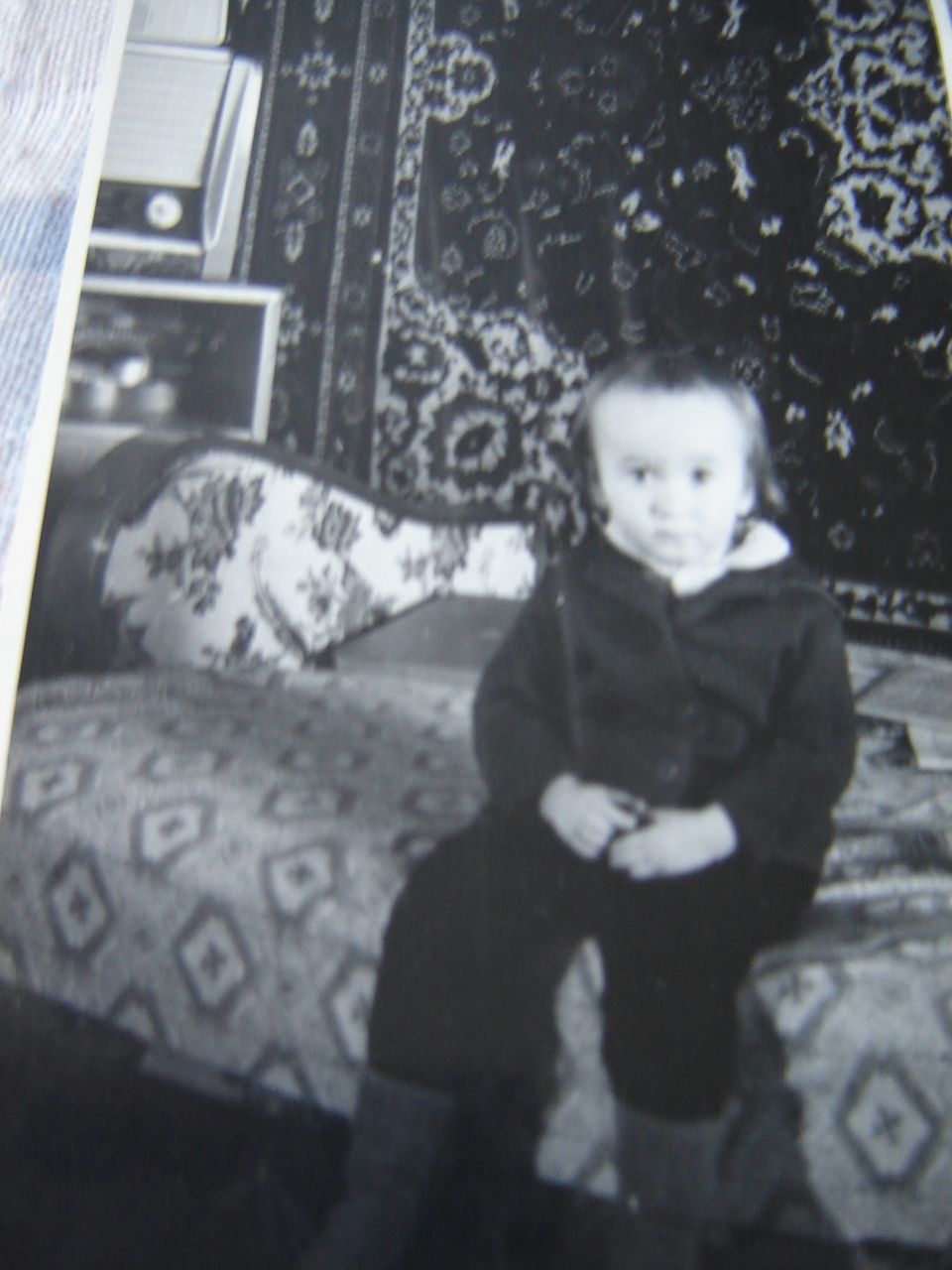 I had a few girlfriends when I was young.

I already wrote that there were not many friends as a child.

My friends and I were having fun! 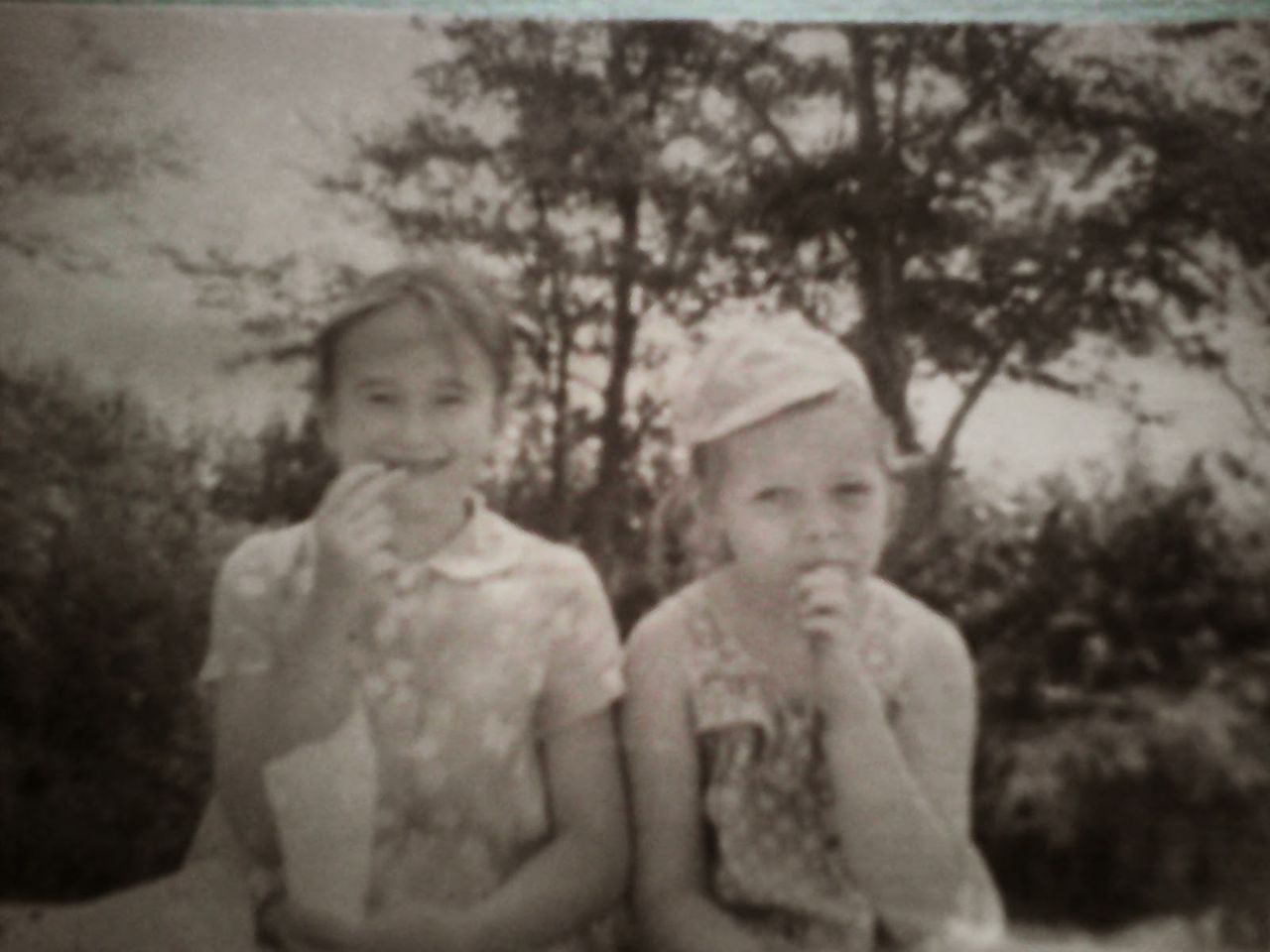 Swinging on the swings... 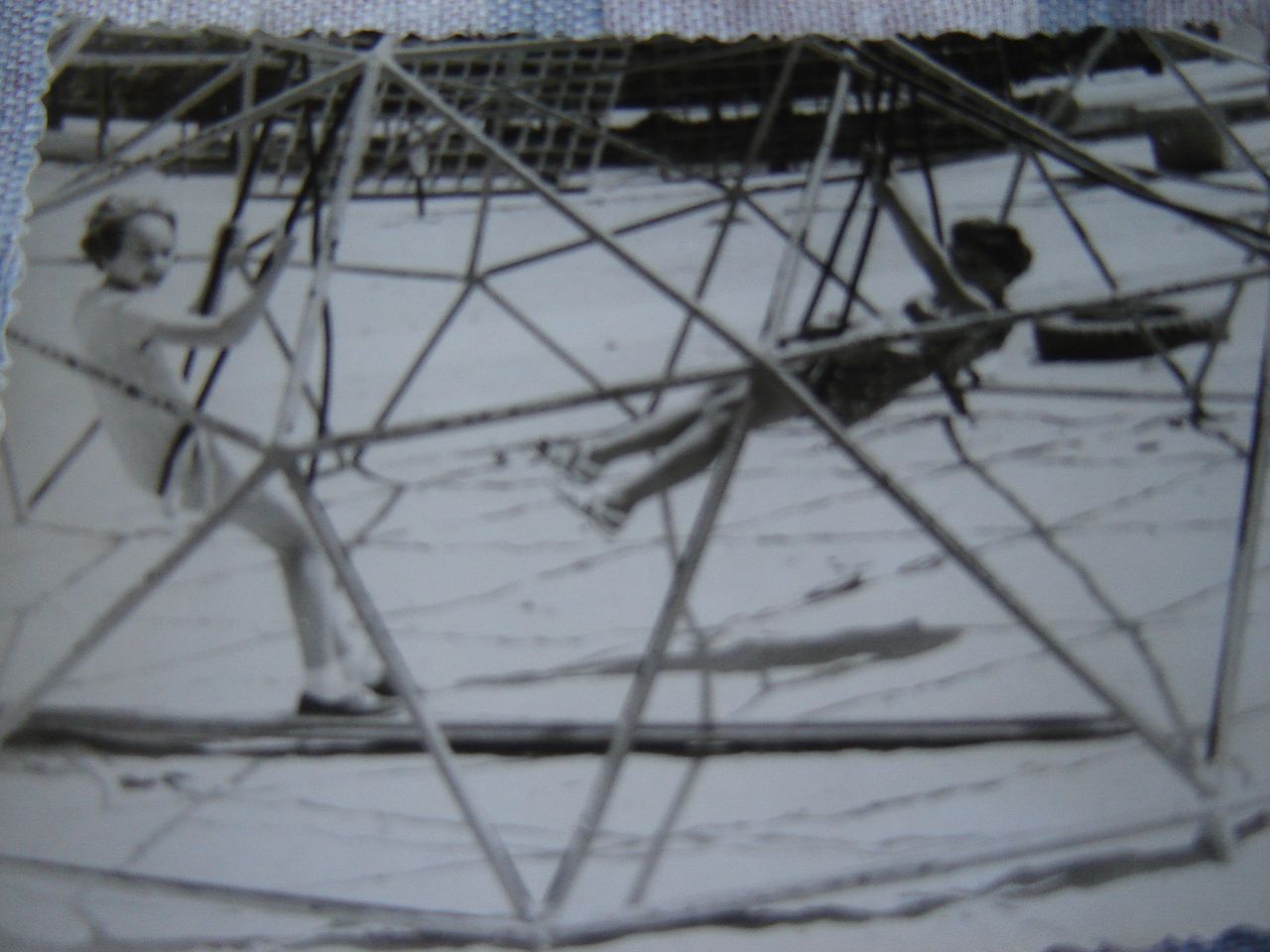 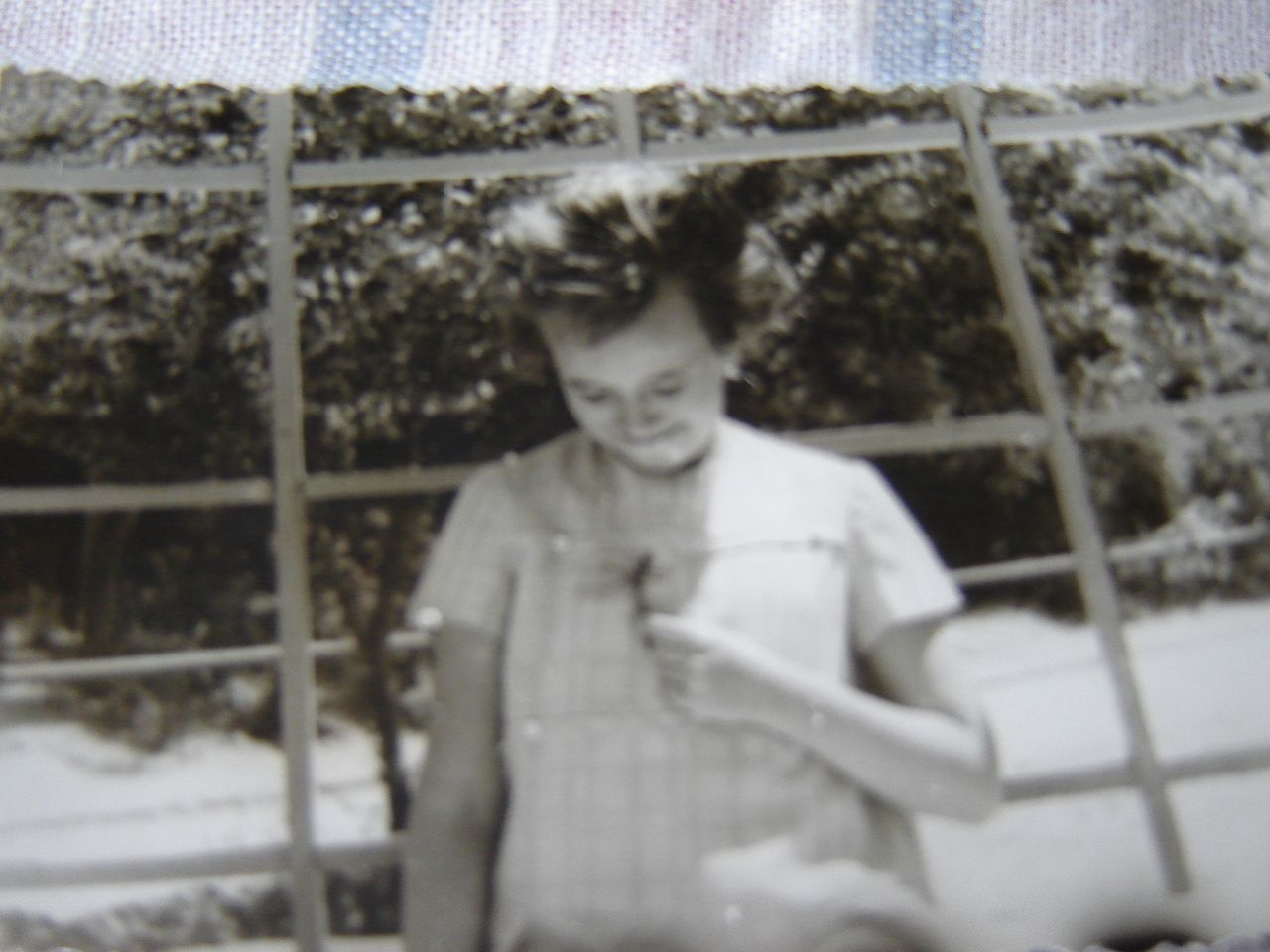 I remember my high school years too! I went to a great school! 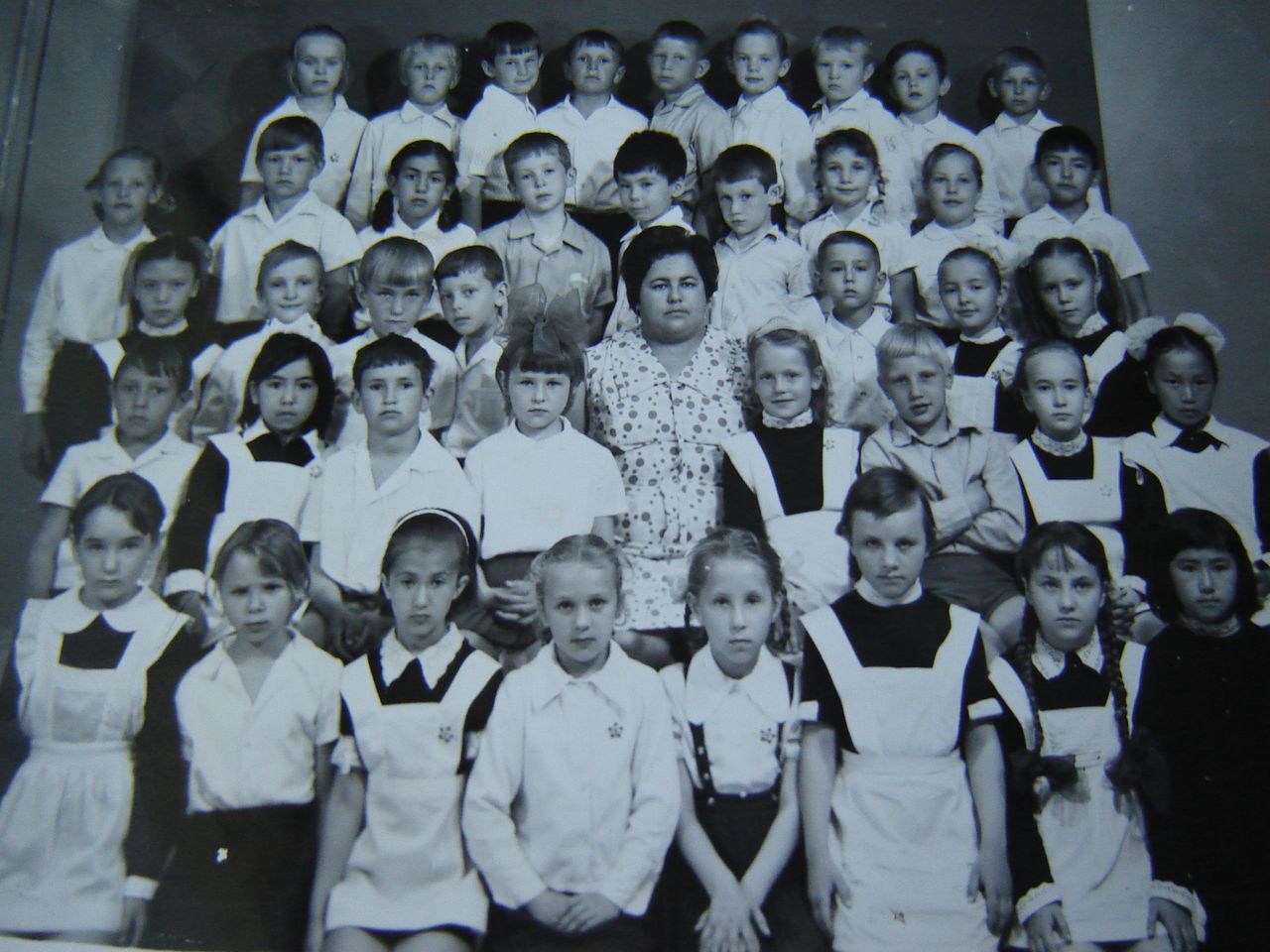 I was October ("октябренок") at first, and I was proud to wear an asterisk with a picture of little Lenin. 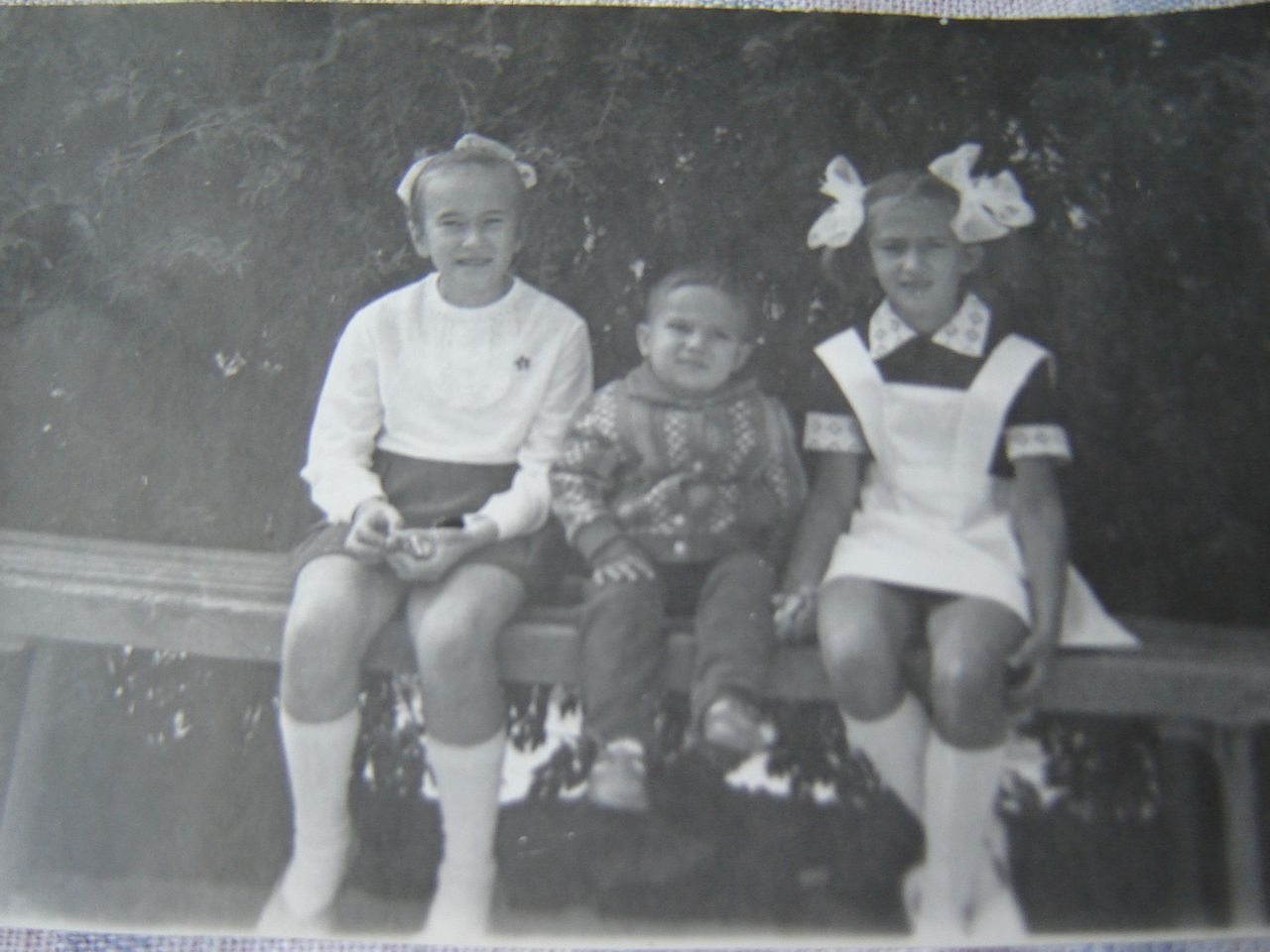 Later we were pioneers! Like all Soviet children of that time.

I had a happy high school childhood!

In high school I got involved in choir singing.

My best friend Nelly and I learned to sing in a club at the Cultural Palace «Friendship».

Nellie sang well. But I had problems singing 😕

But still, I enjoyed yelling at the choir for kids' songs! 😁

I forgot to tell you about Nellie.

She was my best friend!

We used to play games in our backyard.

Nellie and I dug holes in the ground and buried colored glass. It was our secret treasure!

In the time of the USSR, the children’s fantastic film «Moscow-Cassiopeia» and «Otroki in the Universe» were very popular with teenagers.

Very interesting movies about children flying into space to another planet.

After that movie, Nellie and I played cosmonaut!

She didn’t want to play with her peers. Tanya used to follow us all the time.

But Nellie and I ran away from the baby and hid 😁

These are the three of us! Me, Nellie and Tanya.

But what different pictures!

First one, we smile. 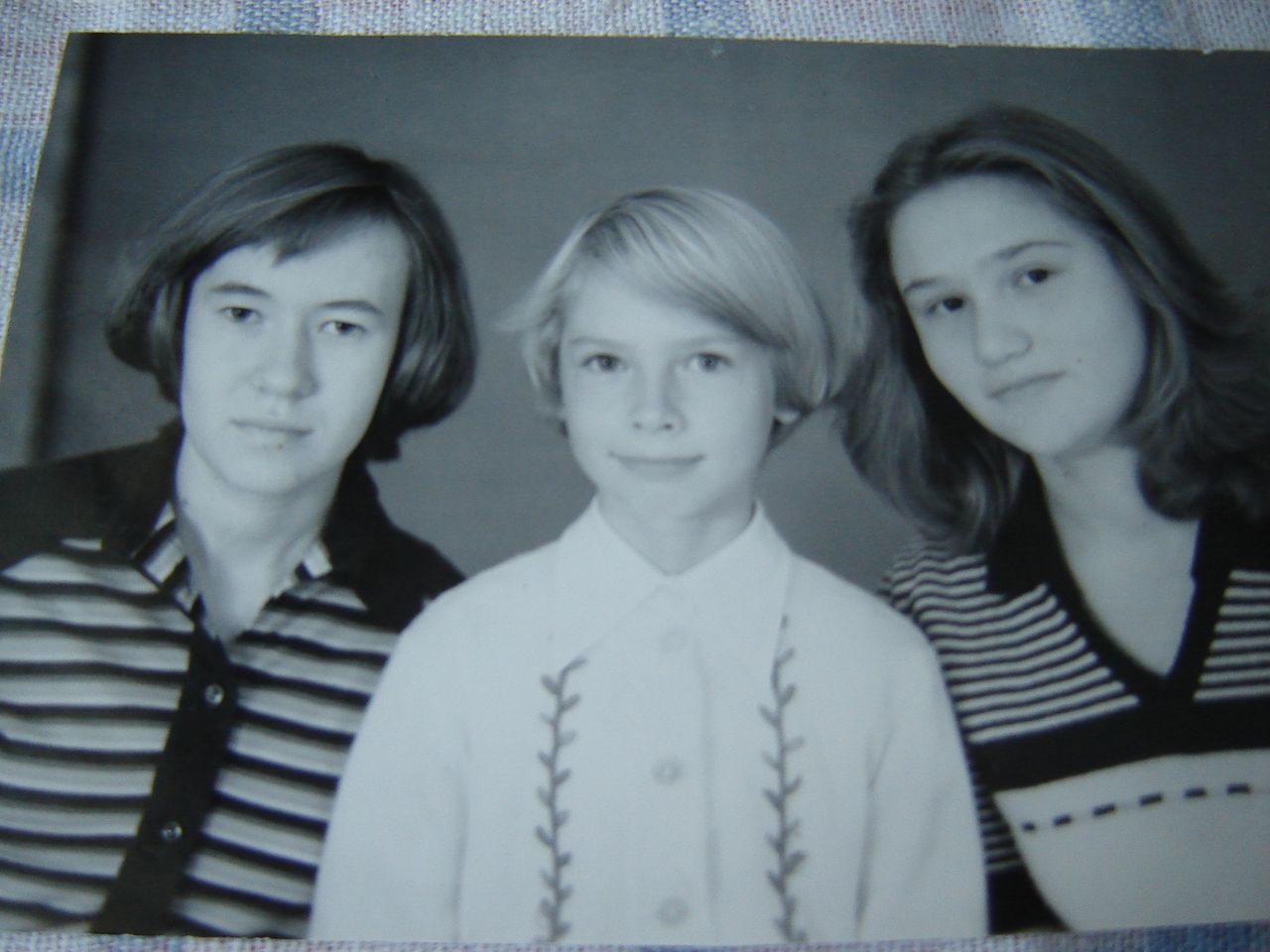 And in the second picture, we are somehow angry... 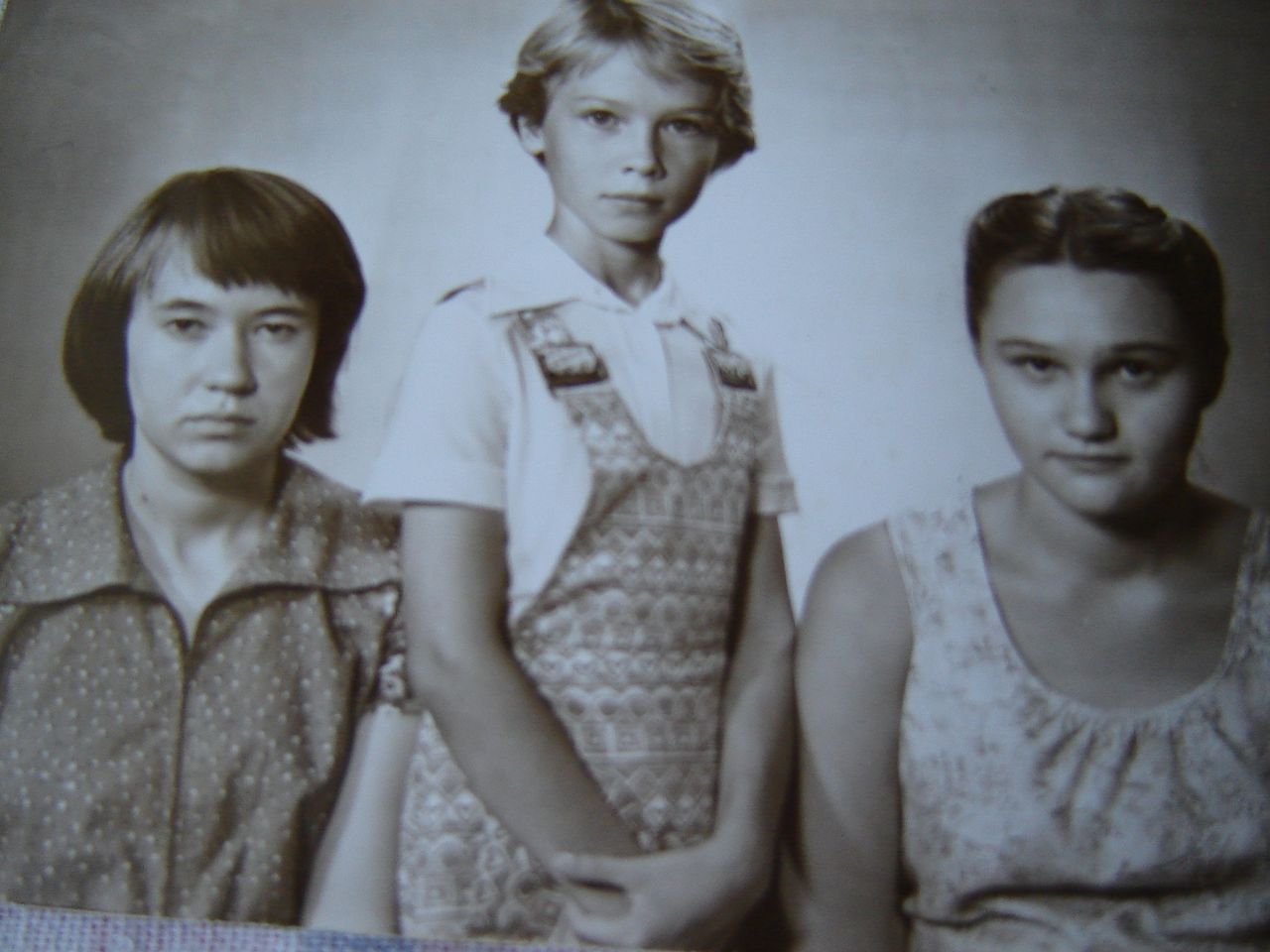 A lot of serious friends...

My story of a happy childhood in Shevchenko will soon be over...

And I want to tell you a little bit about the happiness of a child who had a father alive as a child...

I loved my father very much... we were friends.

When my father went hunting, he always brought me gifts from the steppe.

It was a white ponytail...

The live fish I wrote about...

My father often took me to the steppe.

The steppes of the Mangyshlak peninsula are rich in historical artifacts.

My father and his friends found an ancient city in the steppes.
Probably had Turk tribes in it once. 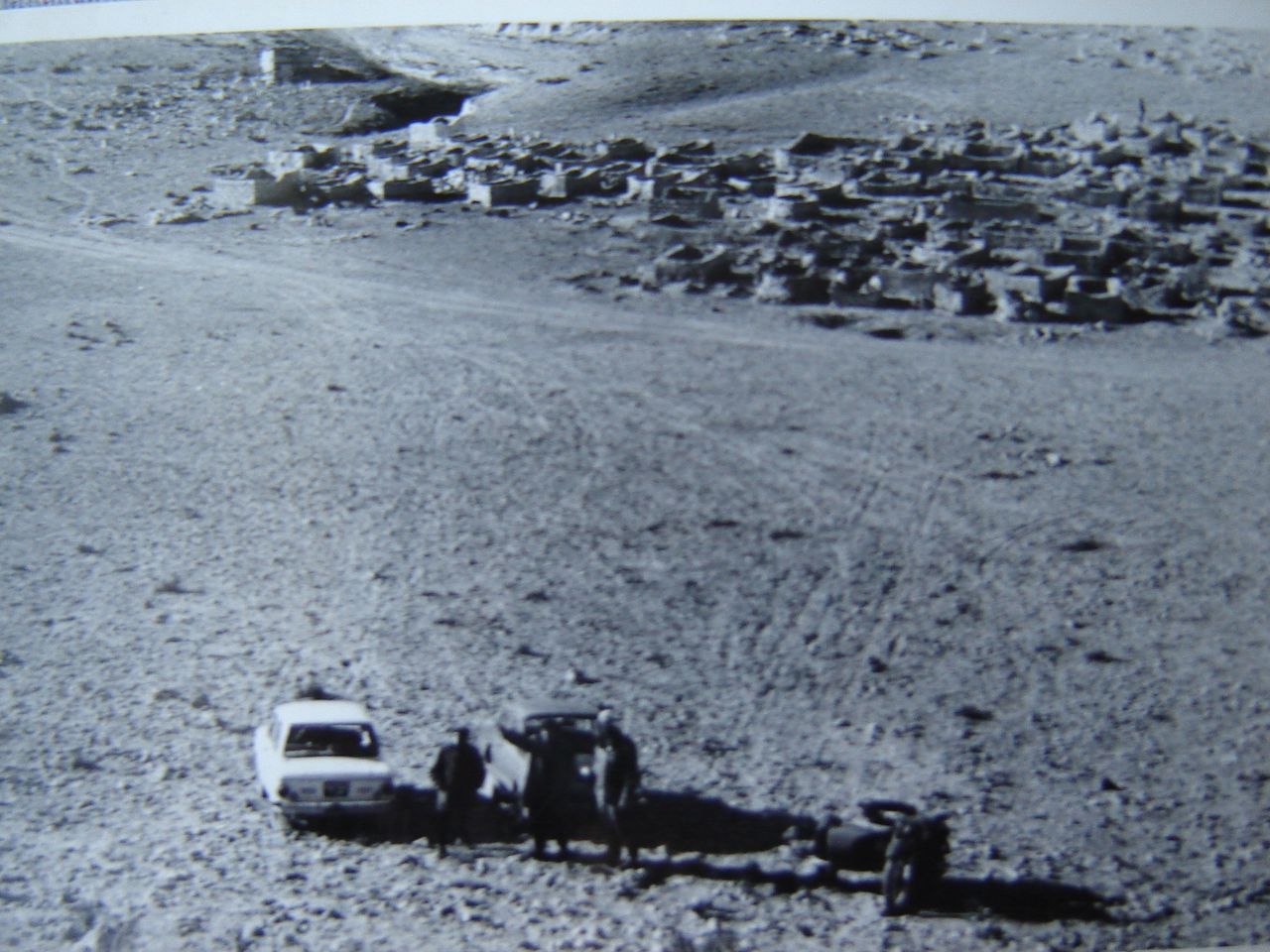 Father and his friends near the ancient city

That was a very interesting find!

Part of the city was located in the rocks, in caves. 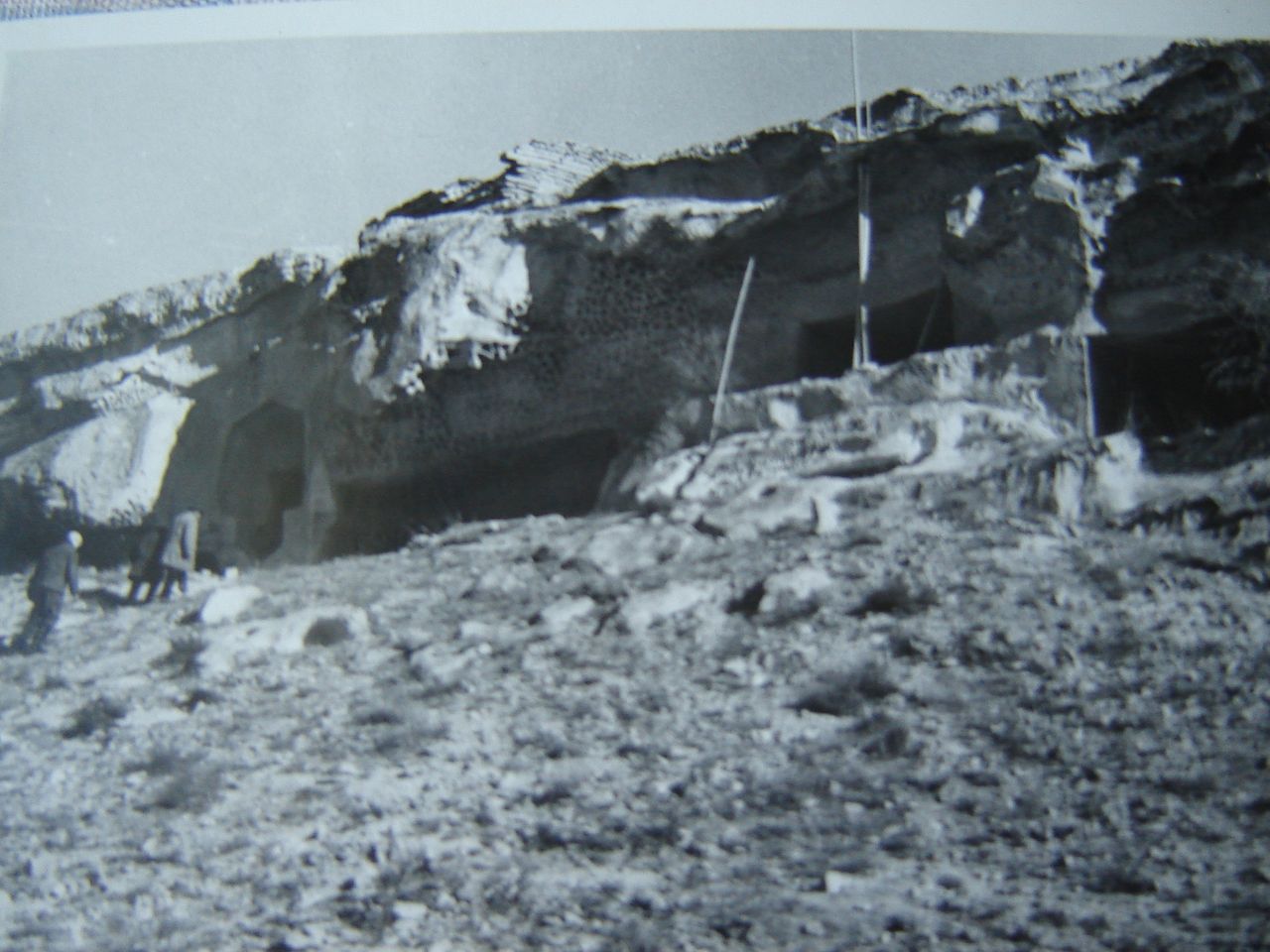 The ancient city in the rock

Look at the mysterious inscriptions and drawings on the walls of this ancient city! 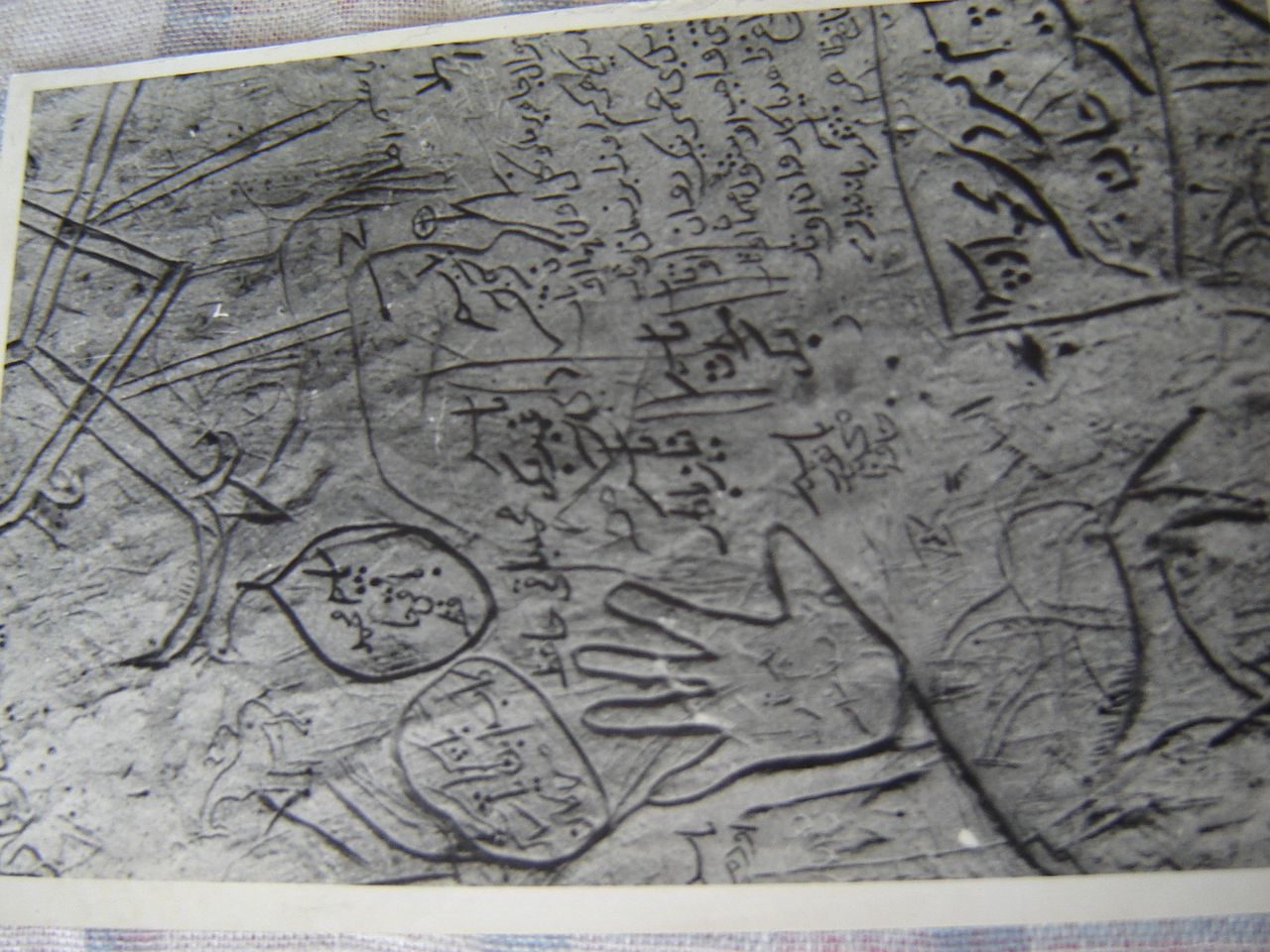 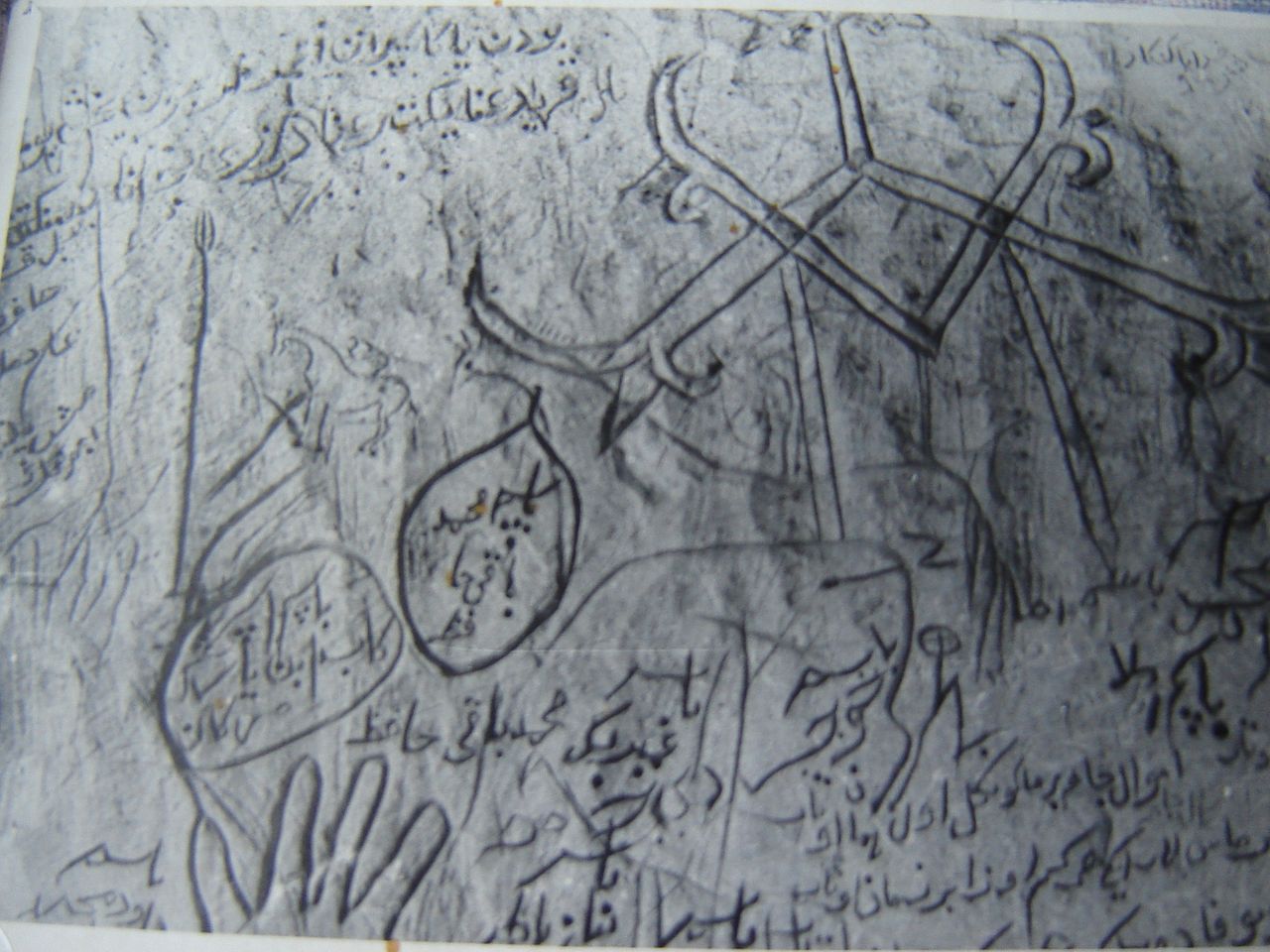 My father loved nature in life!

Crashed on his motorcycle in the steppe...

One year after this tragedy, my mother took me from beautiful Shevchenko to Russia, to the North Caucasus.

I live in the Caucasus now.

But my childhood memories of a happy childhood on the Mangyshlak peninsula, near the Caspian Sea will always be remembered!

My heart is in love with Shevchenko. Because almost all CHILDHOOD - up to the age of 14 - has passed in Kazakhstan! 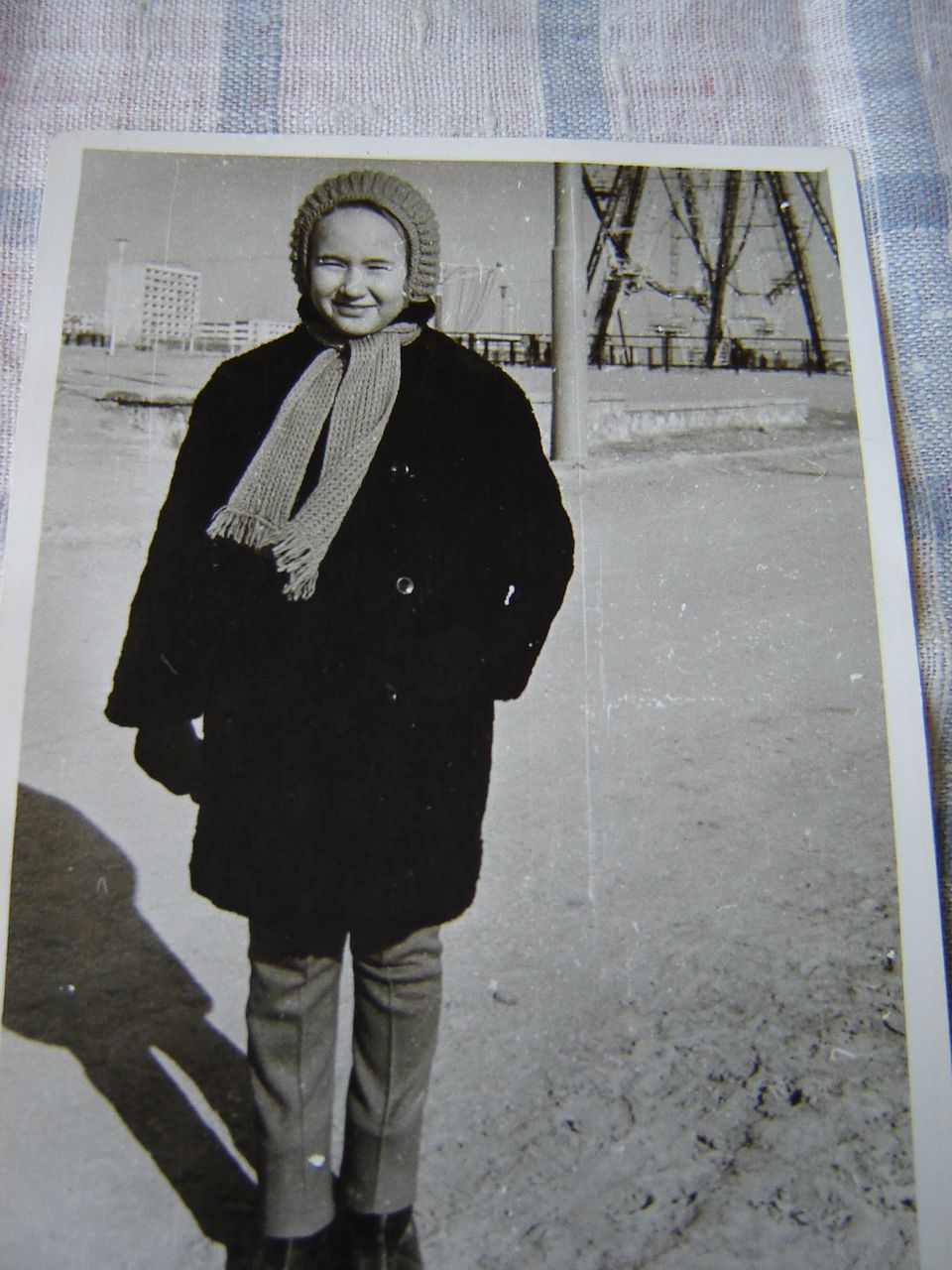 Please forgive the poor quality of the photos!
These pictures were taken a long time ago on a conventional camera.
I photographed them on a digital camera.
All the photos are from the family archives!

The Russian text was translated into English. The reverso translation service was used. 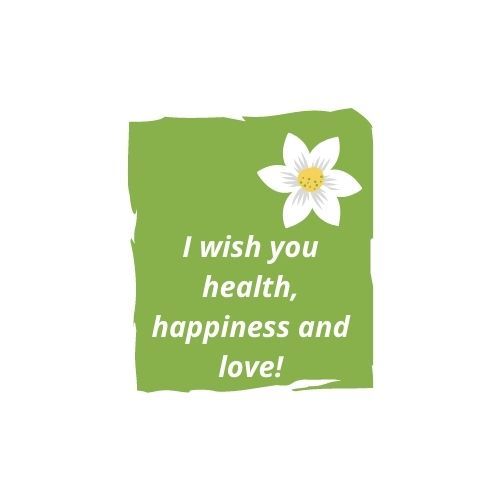