If you aren't aware of Laura Shin, her Crypto related podcasts are pretty good. Some great topics of conversations and guests! The most recent podcast was very relevant as it covered the continuing 'Steem War'.

Have things died down now? Do we know what is going on. I'm not sure. To be honest, I've missed a great deal of what has happened over the last few days and I don't like to get involved with the initial furore. I don't like to react immediately and with emotion, so I sit back and take in all the facts first, after some study. Of course, as this is a blogging platform, so many people have written a post on the subject, some have been balanced, some just spouting raw anger but the vast majority quite obviously NOT in favour of JS. Who knows what would have happened if the witnesses didn't soft fork, but you know what, I don't think it would have been in our best interests. Why would it have been when JS is in control of the biggest shit-coin around?

Anyway, you should have a listen to the podcast at the link below. Why? Well that's because we live in a real echo chamber on this blockchain and that could be said for a lot of instances in life, these days. This is a conversation between Laura Shin (non-Steemian) with Brady Dale of CoinDesk (non-Steemian, knows a bit but mind made up about the Steem blockchain) and they go into some detail about Steem, JS, the exchanges and the Delegated Proof of Stake (DPoS) algorithm. One thing I really liked to hear Brady Say was that:

I think he meant to say 'mature'. A mature, well used and proven blockchain, not full of bots and brimming with ideas and dApps. Just check the rankings on Block'tivity - the real measure of the value of blockchains.

Another thing to note in the podcast was the question:

Steem uses DPoS - Is it decentralised?

Basically, this comment was down to the fact that the top 20 Witnesses are the block producers which makes it kind of not decentralised, ish. Right? Not like Proof of Stake? I get that, but I also place some amount of trust in them people too, they produce, develop and spend their time devoted to the chain. Great governors to be had. However, isn't blockchain supposed to be 'trust-less' too?... Also, the whole pre-mine idea made Steemit the biggest bag holder and that isn't in the nature of decenetralisation and why this has all occurred. That amount of token holdings is therefore the best setup for an exit scam, and we have seen many of these in Crypto, it tarnishes the reputation of the entire industry. Was this what JS wanted from this huge stack of tokens? Power? Money? The ability to leverage the markets?

Following this new war and another stage in the development of our very own chain, (I refer to the Steem blockchain as 'my' chain, I wouldn't say the same for any others, which are essentially meaningless to me, apart from a way of making money from trade) it was GREAT to see the huge response to the puppet witnesses that took over. Bravo. Also the bounce in the token value. But isn't that a bit inflated as this is just part of the war against Tron, to get all of that stake from the exchanges and back to Steem? Is that a good thing in the medium to long term?

I must admit that am excited about the future of this blockchain and its committed community. What has happened hasn't dented its reputation, I haven't seen that anywhere. It has cast a light on Steem and make people notice it, it also show that its not just made up f bot traffic and has real humans in charge. Emotional ones, but real. 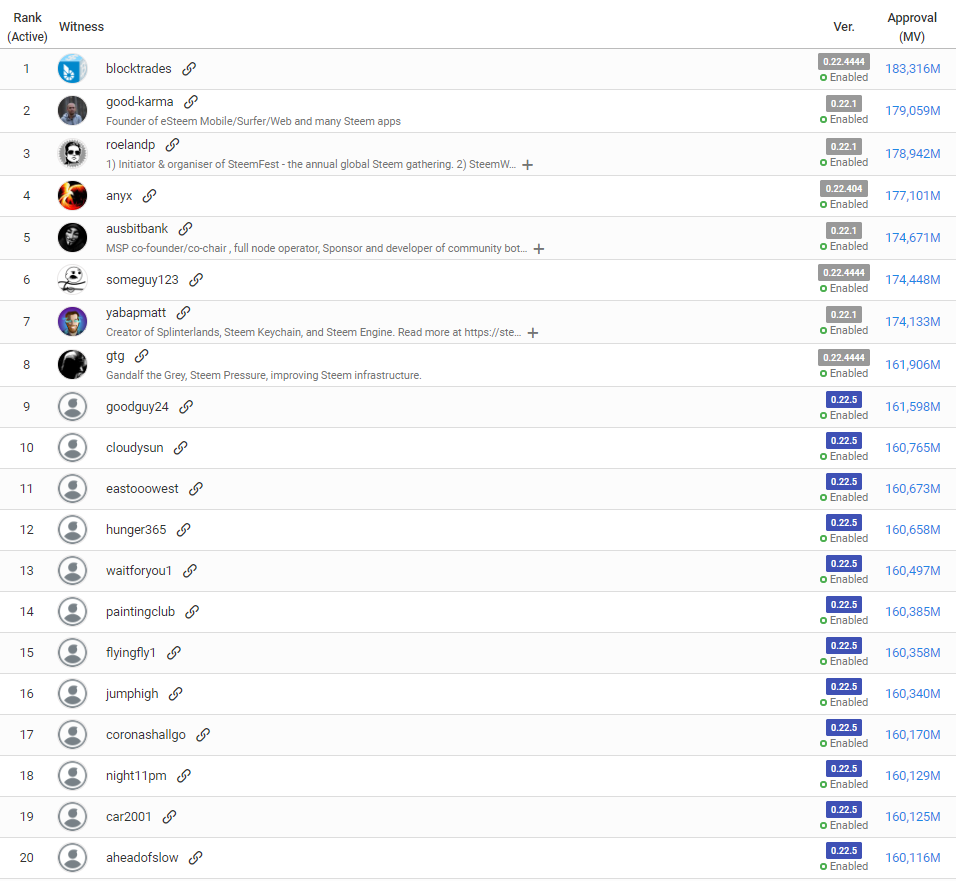