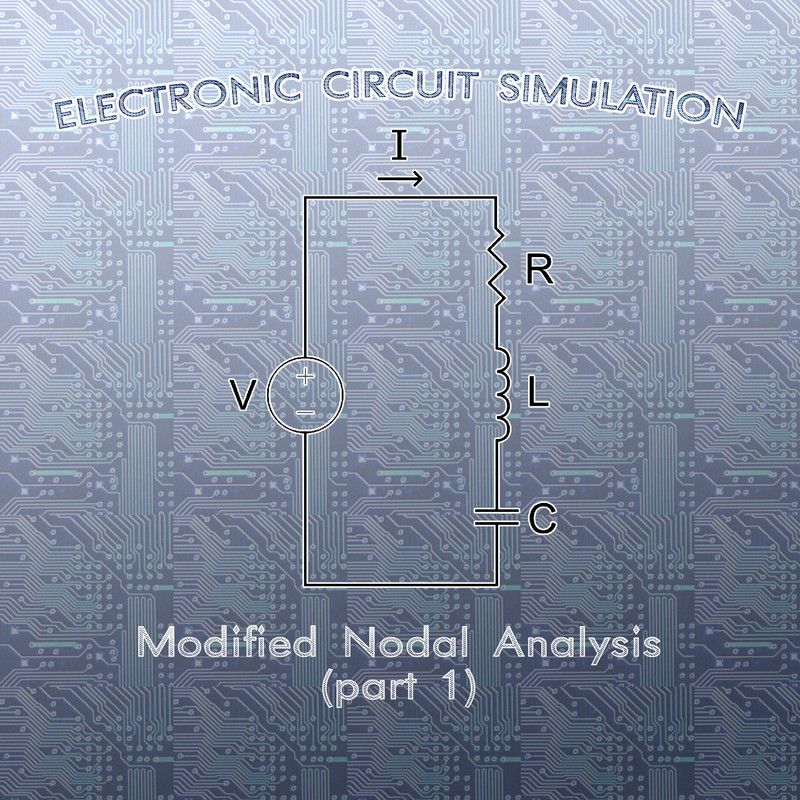 Hello it's a me again @drifter1! Today we continue with the Electric Circuit Simulation series, a tutorial series where we will be implementing a full-on electronic circuit simulator (like SPICE) studying the whole concept and mainly physics behind it! In this article we will start getting into the so called Modified Nodal Analysis Method, which is used to solve for voltages and currents. Explaining this method and implementing it in Python will take some explaining and so this topic will be split into parts...

Group 1 (can be written)

The simplest one is the independent current source, which constantly outputs current (either DC or TC). The equation that describes a current source is:

So, for Static Analysis a current source will just output a constant value...

As you can see we can easily replace Resistance with Conductance...

In part 2 of the Electromagnetism Background (3rd article) using the general equation of a capacitor and the definition of current as the charge over time, we ended up with the following equation that describes the current of a capacitor over time:

Don't get confused by the use of the letter 'u'. Last time we explicitly explained that voltage is symbolized by 'u', whilst the potential of a node in respect to a reference node is written as 'v'.

We can easily combine current sources, resistors and capacitors, to write the following equation for any circuit component 'k' of Group 1:

The component that made analysis more difficult using Nodal Analysis was the voltage source. Quite similar to the current source, the equation that describes a voltage source is:

For Static Analysis a voltage source will just be the part av...

Even though we can basically solve for the current of an Inductor using the Integral:

we tend to use the equation of Electromagnetic Induction that is giving us the induced voltage of an inductor:

Similar to Group 1, we can also combine voltage sources and inductors to write the following equation for any circuit component 'k' of Group 2:

Using this "splitting" of matrices and vectors we clearly have to rewrite KCL and KVL... 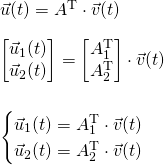 Let's revisit the Group Equations again, now that we know which exact vectors come into the equations. Putting vectors we will basically create systems of equations...

Using the vectors i1(t) and u1(t) the combined equation of Group 1 becomes:

Using the vectors i2(t) and u2(t) the combined equation of Group 2 becomes: