In today's episode of The Steemit Podcast we interview Steemit's Head of Engineering, @justinw, and Steemit's Senior Blockchain Engineer, @vandeberg, who explore the recent hardforks, Communities, and Smart Media Tokens. 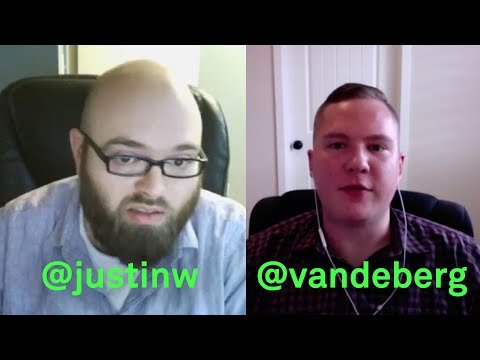 We begin with a discussion of what went right with the recent hardforks, primarily the economic changes (the EIP) and SteemDAO and then move on to the blockchain halting incidents that occurred as a result of overflow bugs. @vandeberg explains why these halts were actually the intended response to unintended bugs.

@vandeberg then explores what we have done since the incidents to ensure that there are no more bugs like this lurking in the code, and what can be done going forward to ensure that no such bugs are included in the SMT code.

We then move on discussing the timeline for the rollout of Communities, and @justinw shares that all the backend work in Hivemind that was needed to implement Communities has already been completed! We've now begun implementing the frontend components in Condenser (the open source software that powers steemit.com).

The timeline for SMTs is very positive. To get a better sense of that progress be sure to check out the SMT Burnup posts that we've been releasing on @steemitblog. There are only about 8 issues left !

The testnet is absolutely critical because adding Smart Media Tokens to the blockchain will be one of the biggest changes to ever happen to the protocol. Almost every single core system that exists in Steem is being expanded or redone to support SMTs.

The potential combinations of SMT features are so extensive that we cannot hope to test all of them. The testnet will not only enable users, developers, and businesses to begin familiarizing themselves with how SMTs work through hands-on experience, but in the process they will also be assisting us by testing all of the combinations of features.

We don't take any hardfork lightly, but this is by far the most important HF to get right because there is so much that is changing. We believe that SMTs should be tested on the testnet for at least 3 months. During that time we expect an extensive back and forth between ourselves, developers and Witnesses as we work together to finalize the most powerful, and secure, release possible.

This is just a summary of the interview, so be sure to watch the 20 minute video in full for more details.

If you have any questions for the team that you would like us to answer in future episodes, please let us know in the comment section below.