This post is for #SublimeSunday is inspired by @c0ff33a and #BeautifulSunday is initiated by @ace108.

Those that follow me know I love sunrises, and I also like to see Lighthouses, so when I can combine both of these it is indeed sublime for me and I think quite beautiful, but see what you think from my photos 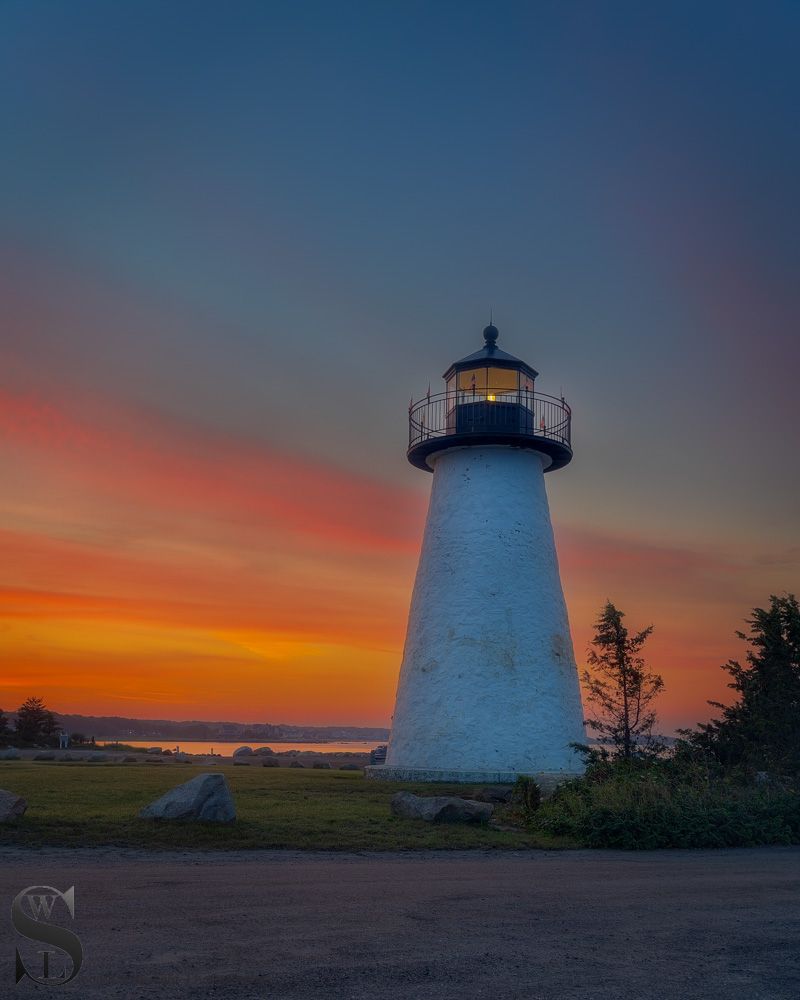 Ned Point Light as it is official called I believe is a historic lighthouse on Ned's Point Road in Mattapoisett, Massachusetts.
The lighthouse was built in 1838 at a cost of approximately $5,000, and named after Ned Dexter, a local farmer. Supervised by a local builder, Leonard Hammond, the lighthouse was constructed with a birdcage-style lantern similar to Bird Island Light found in Marion, Massachusetts.

All the stone used for the construction of the lighthouse was locally sourced, with most of it originating from nearby beaches.

Inside, Which I didn't get to see, are 32 granite steps that are cantilevered to the outside wall without the use of mortar. The original lantern used 11 whale oil lamps, each with its own parabolic reflector. And like other lighthouses I have read up on around here the Whale oil no doubt came from the New Bedford Whaling ships.

The Great Blizzard of 1888 significantly damaged the keeper's stone house, resulting in it being demolished and the building of a wooden replacement.

Following modernization in 1961, the lighthouse was reactivated in 1961 with its current 6-second isophase.

It was added to the National Register of Historic Places in 1982. 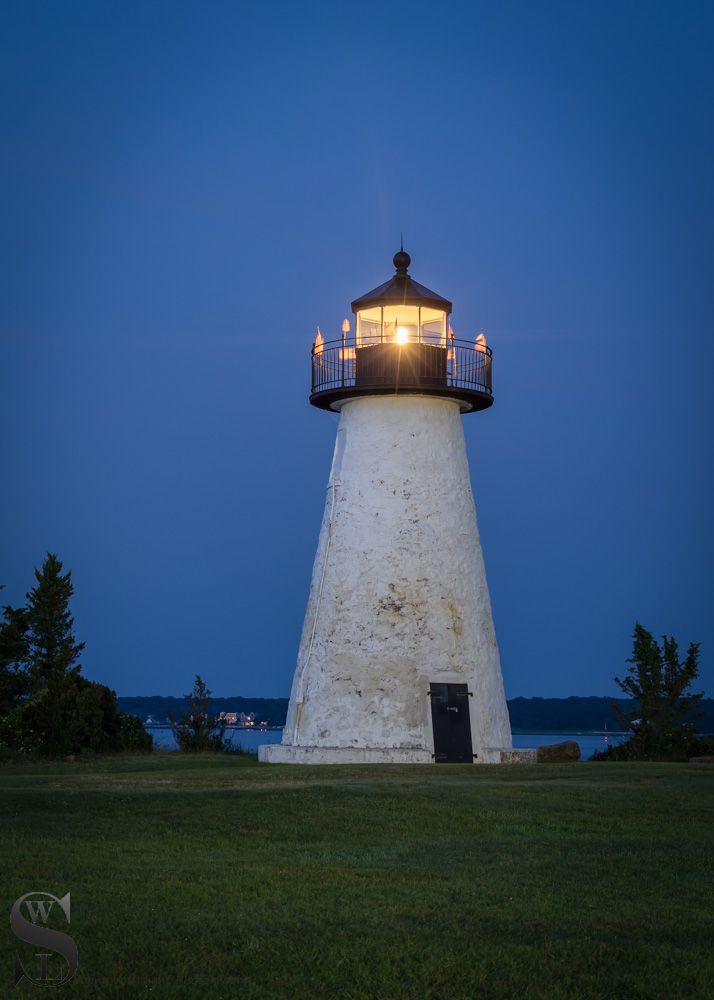 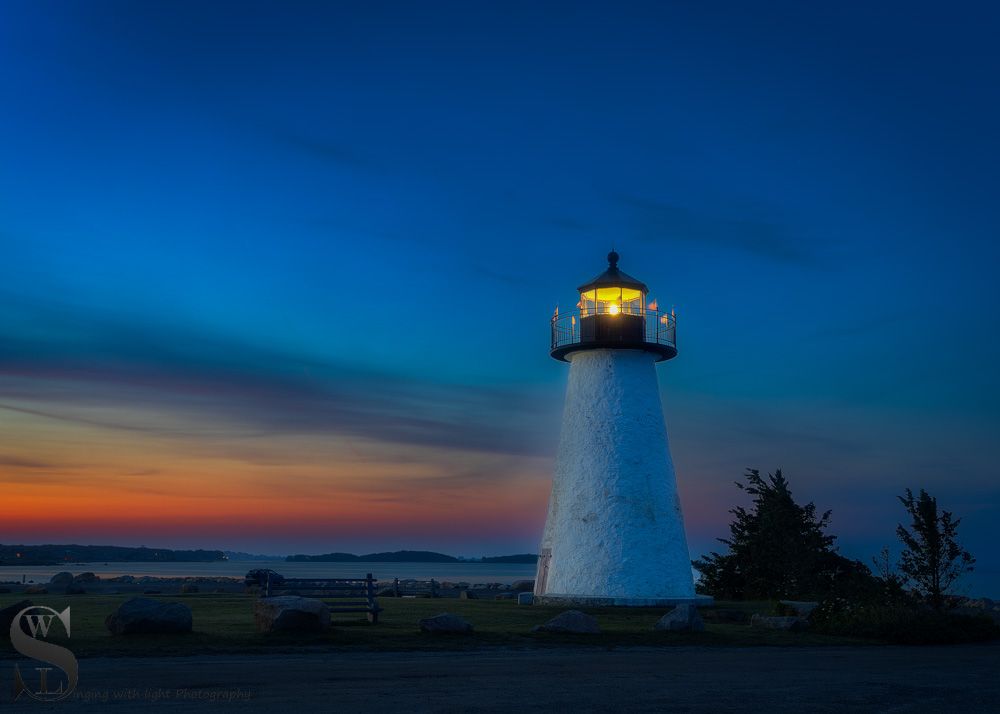 I know this next shot has a kind of funky haze on part of it, and not sure why but I still kind of like this shot so sharing it, I went to the lighthouse that mornings as I thought from looking at projections of the clouds there would not be much color at the sunrise, but I was pleasantly surprised

A closer in shot, you can see the flags around the light, being a long exposure they are fluttering in the wind and blurry 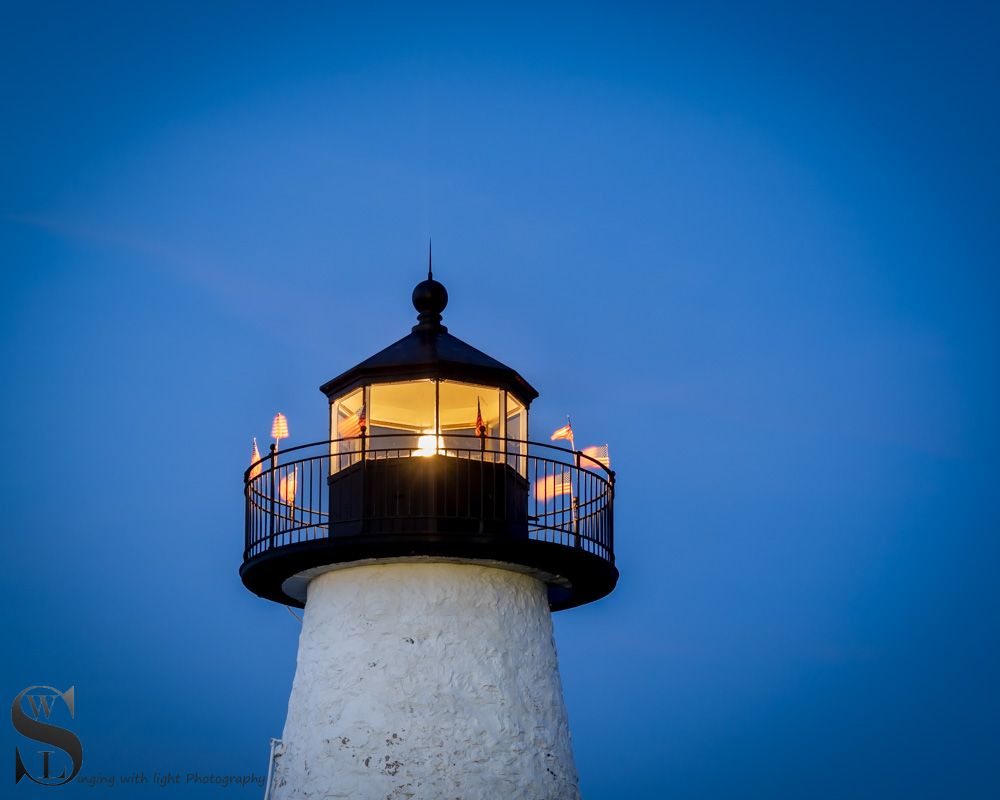 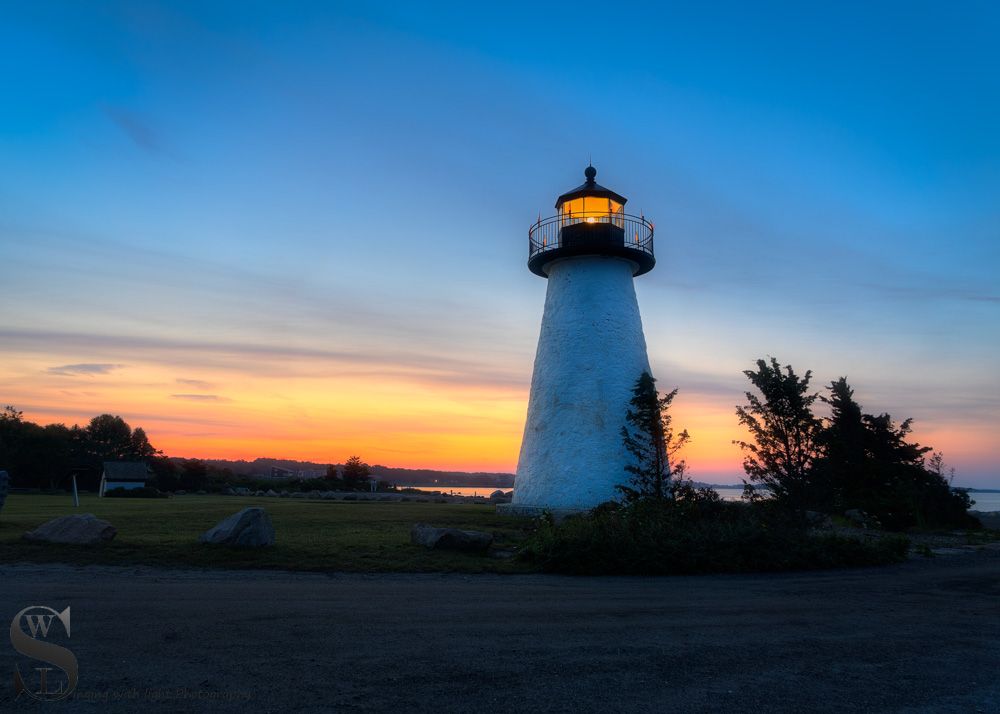