#320 - A beautiful day to you all my fellow Hiveans. I am starting my work this early morning, it is six am now in the Philippines and the pain from my first vaccine in gone. I could also raise my left shoulder already, what a relief! Finally!

My second dose is scheduled next month on second week. I hope the process of getting the second vaccine is faster than the first. Though the first only took an hour which is fast already, the second dose will be a lot faster I guess because there is no paper work to fill out anymore. We will just present the card given to us during the first dose.

So let us move to today's feature shots which are monochrome taken in the streets of Baguio city. This first one show two young men standing apart from each other. Imo the two are sweethearts who are having a quarrel basing on their facial expressions particularly the one on the right who seems pretty pissed off. Third party perhaps? Well, your guess is as good as mine.

I also like what the cafe behind them did to the bike as a display material. Looks cool! 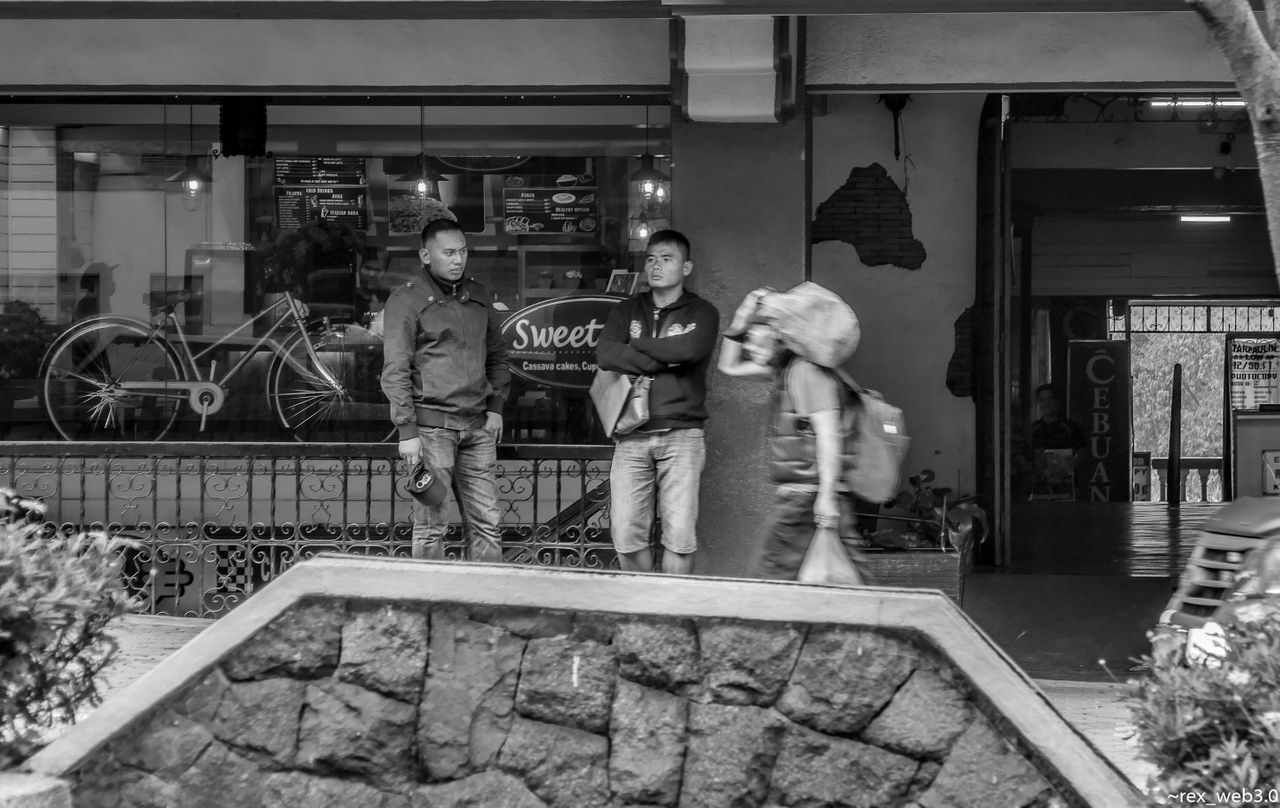 This man walks in the rain under the cover of his reliable umbrella ☔ while he also holds a sack in his left hand. The man is about to cross the slippery and wet concrete road. The wet was cold that is why he is wearing those jacket and a jogging pants. 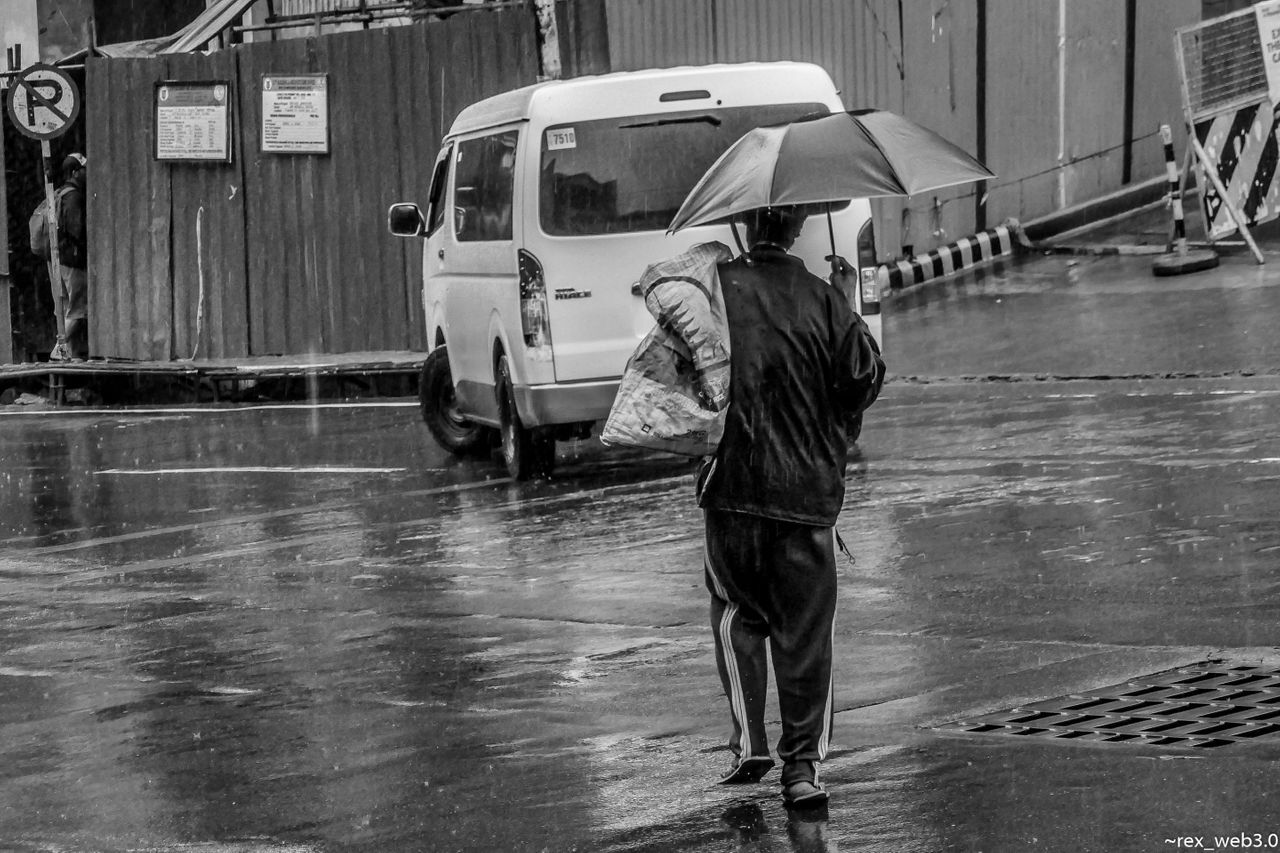 The view of traffic from one of the overpass in the main street going to the park. It was also raining this time that is why the garbage collection team atop the dump truck are wearing rain coats 🧥. 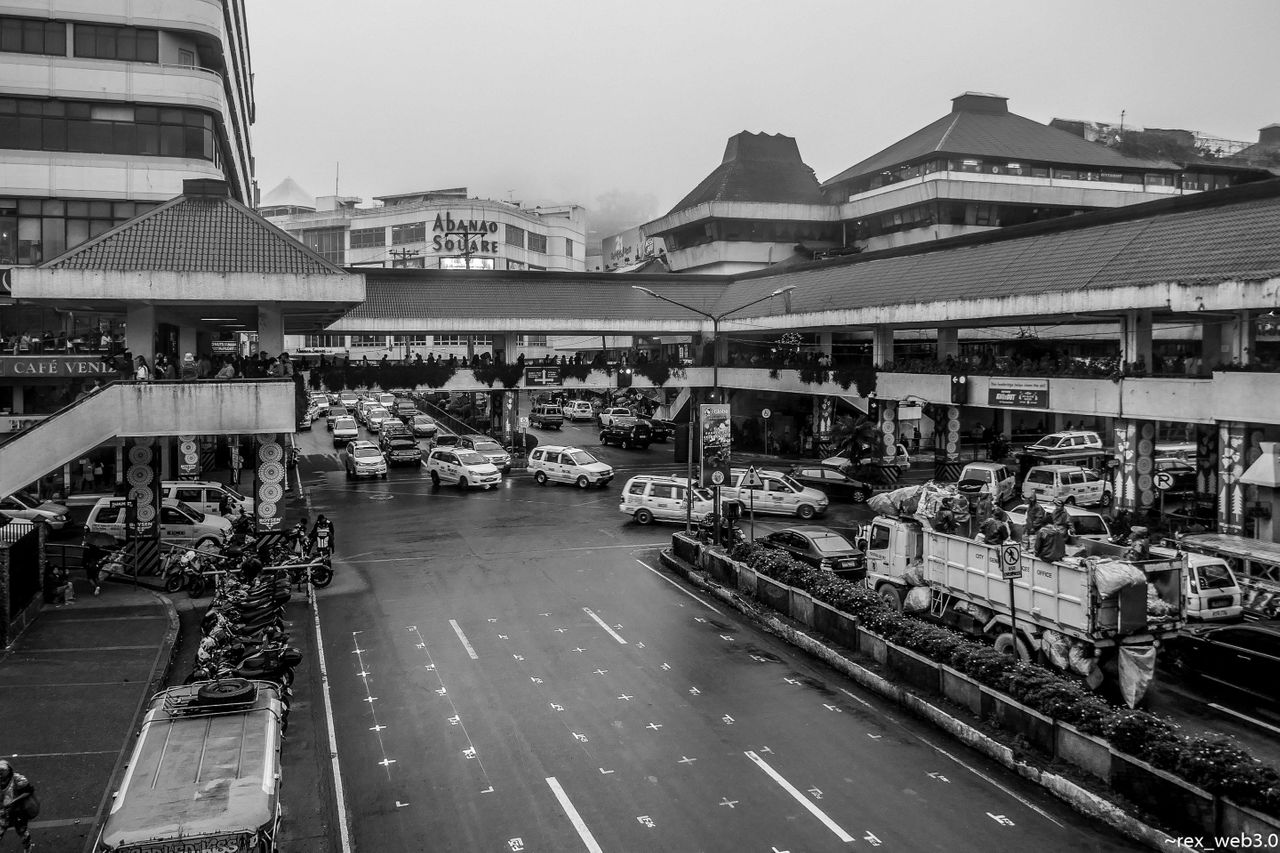 Lastly are two young people crossing a busy street full of vehicles. The man looks over his right shoulder making sure that there is no problem with the incoming vehicles as the mostly make is across the road. 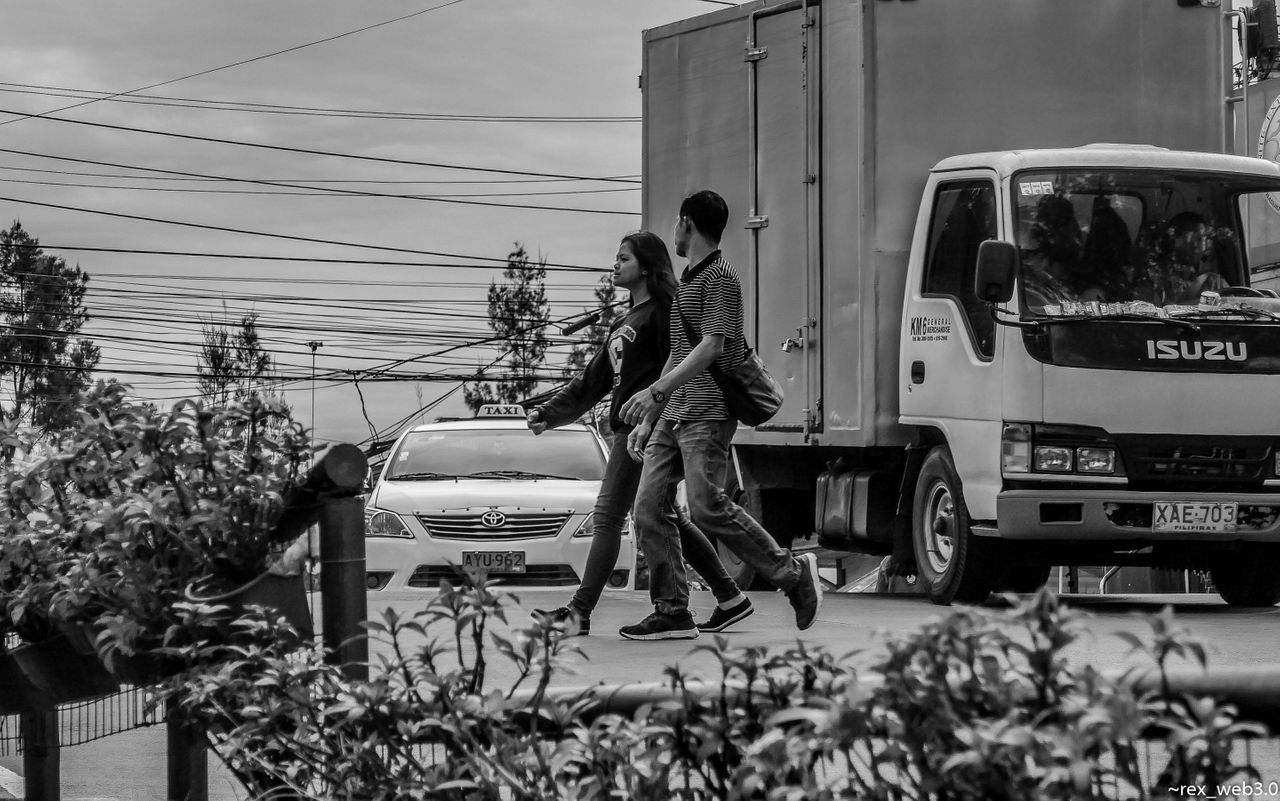 Follow me on my street travels.
Shot taken in Baguio City, Philippines.