First of all, a fraternal greeting for all the Steeminians who take the time to read me ... (English translation with Google translator) I want to start this post, to point out that I have been absent due to some family situations that have affected me. Above all, a health situation with the woman who has brought me to the world. For those who have their mothers alive, they must know what it feels like when they are sick and as a child, trying to attend as best as possible so that they can recover successfully. Well, precisely that situation has been the one that has touched me these days and therefore my absence within the platform. Thanks to the gentleman, it is already quite recovered and I take advantage of the free time to write the advance on ROPAVEJERO EDUCATIVO V.

As you can see here, this new dream is about a Symphonic School in which it was intended to make an apartment and a kind of wall of containment. For that, the publication was placed and an amount of SBD and / or STEEM was collected as specified below:

Subsequently, the exchange was made to Bolívares and with the collected amount it was possible to buy some of the materials. It is necessary to highlight that it has not been possible to buy all the materials as planned, due to the high cost of the materials. However, it has been possible to acquire part of them and with the little that was purchased, progress has been made in this project. An example of this situation has to do with the Truczon Mesh, which has a value of 104,000,000 Bs. It will cost 250,000,000 Bs in just 1 week. In this sense, it has been considered to advance in this project with other forms or tools.

The following is a description of the materials acquired and with which part of the project has been carried out:

Every project that has been achieved so far by the Ropavejero Educativo initiative has had difficulties along the way, but these obstacles have always been overcome to achieve the objectives set. On repeated occasions I have pointed out that the economic situation of the country is not simple and, therefore, performing this type of work is quite difficult. However, thanks to the support of many on the platform, these dreams advance and are achieved to a large extent. On this occasion, it does not escape the above, and I believe that it has been one of the projects with greater difficulty than the previous ones.

I am not referring to the economic difficulties, but rather to the situations that have been presented to me in previous days and with which the supervision and execution of the project in the proposed time has become complicated for me. In that sense, I have understood now, more than before, that it is necessary to have a work team. That is, people who are willing to perform the different functions that merit this type of project. Of course, this is a new learning and as such I must study it and consider it objectively. For now, I describe here how the ROPAVEJERO EDUCATIVO V project has progressed, reiterating that I have made this publication today, due to situations beyond my control.

After the changes to Bolivars, we proceeded to evaluate the purchase of the materials and we got an excessive increase in prices, so instead of letting us defeat, we simply look for new alternatives for solutions. In that sense, we talked with several masons in the area and gave us ideas for a solution with few resources, this is how we acquired the aforementioned materials, since with this we can solve the water situation at the entrance of the school. That is to say, it is considered to make a sort of catwalk, by which the students could pass and in addition, this structure, will avoid the passage of thewater to school facilities.

Of course, this is an alternative solution in view of the resources we have. In addition, it was possible to buy the painting that was one of the objectives we focused on from the beginning of the project. By the time of this publication, the placement of the painting has been achieved as planned. As will be seen below, the images show the friends @shikamaru and @luis07 in full paint job. Of course, with the support of people from the community where we make life. In coming days, it will be done by delivering what type structure with walkway. 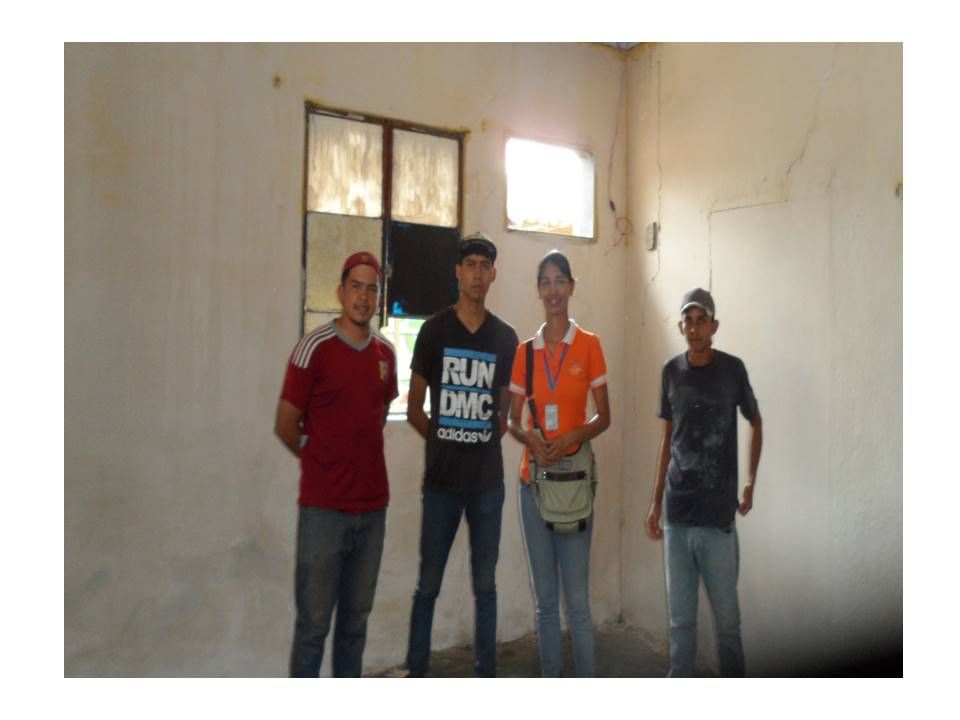 One of the great possibilities that this initiative has given me, has It was the chance to meet many people anywhere in the world. As it is a social network, steemit offers that possibility, but in my case, it is a wonderful window to make ties with extraordinary people that I get along the way every day that passes. Those who have seen my publications, should know that we were @crisangel, @ luis07 and myself, traveling to Zulia to closely observe the project ROPAVEJERO EDUCATIVO IV.

In this state, we met wonderful people like @jayoxaju, who I must say, has been following and sharing very closely the initiative of ropavejero.En that trip to Zulia, we agreed that she could attend a project in Guárico to know this state and In addition, witness the execution of said project closely. Well, it became a reality and @jayoxaju accompanied us for several days in this llanera land. In addition, during the development of some activities, I was able to meet another extraordinary girl who has been on par with ROPAVEJERO EDUCATIVO, since she learned about the initiative through @jayoxaju, she is @paokarinat.

Both Zulianas came to Guárico to share with us and in addition to knowing this state, they were able to supervise or be part of the execution of the aforementioned project. In the next publications, as well as in their own, they will be able to know a little more about everything what we could do here in Guárico. It is very pleasant to write about the union that has been possible through this platform, since it is a tangible sample of how big this network can be. Well, from Zulia to Guárico there is a long way to go and even so, it has been possible to count on the presence of these wonderful Maracuchas. Thank you very much girls! It has been an unforgettable experience. 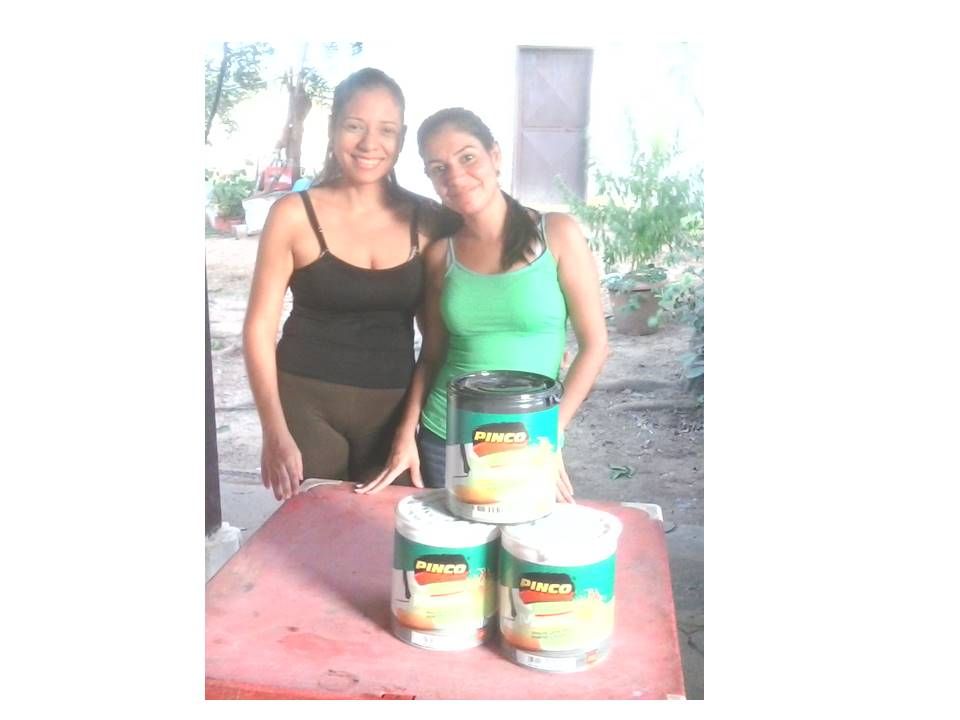 Of course to the eternal collaborators, @crisangel, @luis07, @shikamaru and my dear @jayoxaju who has supported me since the beginning as ROPAVEJERA ZULIANA. And now, to @paokarinat who has been enthusiastic about the clothing industry. Infinite thanks for all ...