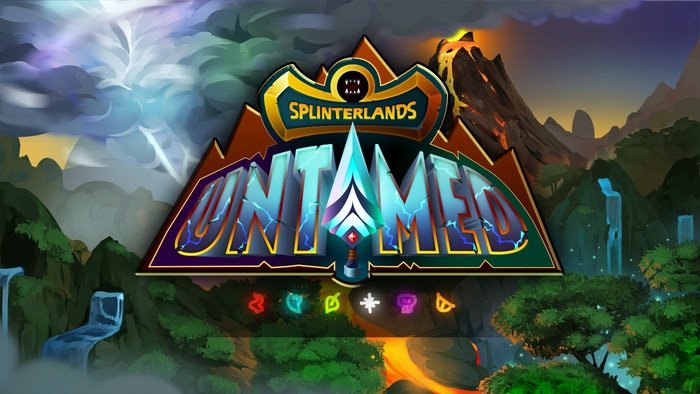 Only three days left until Untamed, and we have a little bit of a different update for you today. As many of you know, three more Reward edition cards are nearing their print limit - Pirate Archer, Naga Fire Wizard, and Sacred Unicorn - so we will be adding three new Reward edition cards to take their place along with the rest of the Untamed release. You can check out the new cards below in addition to a few of the new Untamed cards!

There will also be a new Legendary Dragon Summoner card that will replace Archmage Arius as the special Mystery potion card. It will have the same limited print run of 90 max level cards and the Mystery potion will be updated so that there will be a 50% chance of one of the special cards being given out each day, instead of always being every other day like it was for Arius. You'll have to wait until the release to see what the new card is though!

As always, please keep in mind that everything is still subject to change before the release. This includes the stats, abilities, names, and even the entire card itself.

Now that that's out of the way, may we present the new Reward cards: Battle Orca, Boogeyman, and Spirit Miner, followed by some new Untamed cards: Kobold Wrestler, Luminous Eagle, and Wizard of Eastwood!

The Battle Orca are a no frills, solid, low mana cost tank card. They can take some hits and deal some damage and should fit in very nicely for the Water Splinter in many low mana cost battles and especially in the Back to Basics ruleset!

Watch out or the Boogeyman will get you! This new Death Splinter card lays on the debuffs pretty thick. He'll reduce the Speed, Armor, and Melee attack (at max level) of all enemy Monsters. He also sneaks in a couple Magic attack damage and has a decent amount of Health.

The Spirit Miner is a new Neutral Legendary card to replace the Sacred Unicorn. He increases the Speed of all friendly monsters with the Swiftness ability and Blinds all enemy monsters giving them an increased chance of missing with Melee and Ranged attacks. He also has a nice Magic attack and Dodge which makes him harder to hit.

Like most races in the Burning Lands, Kobolds enjoy competitive sports. In special caves called wrestlehuts, Kobold Wrestlers meet regularly to spar with one another and practice their techniques. For these Kobolds, size doesn't matter; they are happy to wrestle with monsters five or six times bigger than them if the challenge arises, and they are likely to win. Although they enjoy the sport, Kobolds never gamble.

The Kobold Wrestler is a nice low cost tank for the Fire Splinter. He packs a big punch for a small guy and has a new ability called "Knock Out" which means he will do double damage when he hits an enemy monster that is currently stunned!

Eagles are the most powerful of the Luminous Beasts in Khymeria. They can often be seen streaking across the skies at night, leaving a mystical glowing trail behind them. In battle, they are nearly impossible to hit with a melee attack, but their own talons rarely miss and they can take down far larger animals.

The Luminous Eagle is a strong second position Melee attack monster with the Reach ability for the Life Splinter. In addition to the new Knock Out ability described above, it also has Shatter which breaks all of an enemy monster's armor when it hits.

The Wizard of Eastwood is the long-time rival of the Magi of the Forest. The Magi no longer summons, but teaches new summoners from his Summoner's Green school in the Western Forest. The Wizard of Eastwood, who had chosen a life of selfish seclusion so many years ago, has suddenly returned as a formidable contending summoner to the Mount Mox tournaments.

The Wizard of Eastwood is the first new Summoner card presented from the Untamed series. The Untamed Summoners will be very similar to the basic Summoners from the Alpha/Beta editions, but with different stat buffs or debuffs, so there will now be more options to choose from at the 3 mana cost spot. Expecting to go up against a Life Splinter team? Might want to choose the Wizard over Lyanna.

Special thanks to @carrieallen and @chrisroberts for designing all of the new Untamed cards and writing the lore text!

Stay tuned for more updates from the Splinterlands!