Watch out for: "Cuck" or "beta" (used to insult Liberal males), "red pilled" (a Matrix reference for 'awakened', now a misogynistic alt-right slur), "snowflake" (used to mock oversensitive Liberals), "social justice warrior" (another pejorative attack on the Left), "triggered" (used to silence critics of racism and sexism), and "14" (because that's the number of words in a certain antisemitic slogan). CNN says if you hear young people in your family speaking this way, they're likely becoming radicalized by neo-Nazi conspiracy theorists, and "enticed into propaganda." 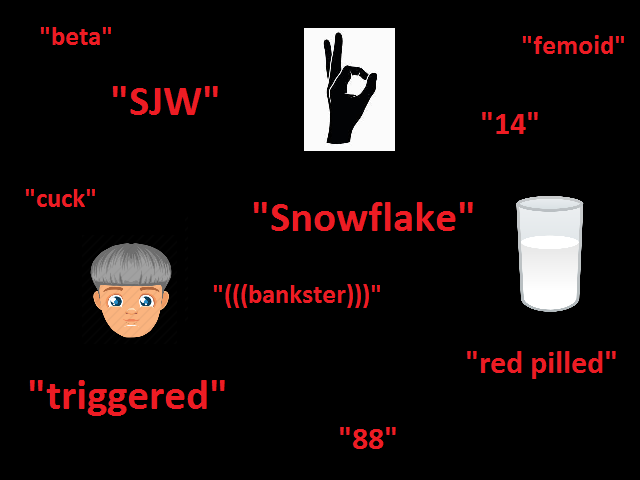 (Some things to watch out for, which may lead toward white supremacy, conspiracy theories, and hatred of Jews.)

These terms/icons/numbers may not seem dangerous, but they lay the foundation for extremist ideology, and are only 2 steps away from events like the Charleston church massacre. Emojis like a glass of milk represent white pride, lightning bolts indicate allegiance to the Nazi SS, and the "okay" hand sign is often code for white supremacy. Joanna tells white parents to look for these signs, and not to allow them to progress to full-blown transphobia and antisemitism. A common source of these problems in families is the "conservative white uncle", who should be avoided and discredited whenever possible.

This helpful flow chart explains how white people, through certain ideas online which must be censored, become genocidal terrorists:

Knowing that, it's clear that any white person displaying signs of pride must be watched for potential slide toward genocidal terrorist acts. As with many problems, it's best to catch it early. 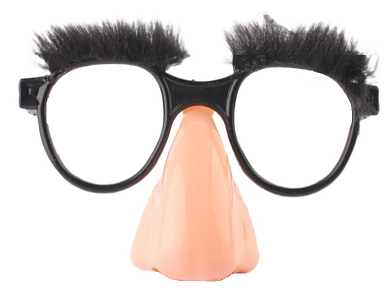 Joanna: "As I scrolled through my teen son's social media, I saw memes that joked about the Holocaust. Then he started using the word 'triggered', an insult that has been used against me in the past, by those who virulently disagree with me on my blog. Then I realized: the Nazi trolls were after my kids! They're after ALL our white kids!"

It can begin with subtle irony or humor, and progress to repugnant racist, homophobic, and antisemitic memes. Boys then fall deeper down the rabbit hole and become radicalized women-haters. Joanna warns parents to know how non-mainstream media sources like Reddit and Discord work, since dangerous racist thinking thrives on alternative platforms. "We need to bend our kids' minds, and get them to think about social issues in a way that's going to help society."

Google and FaceBook/Twitter banned white pride, white supremacy, and white nationalism, as well as antisemitism of any form, in 2019. But clearly, even stricter censorship will have to be enacted in 2020 to keep us safe from this growing white scourge. 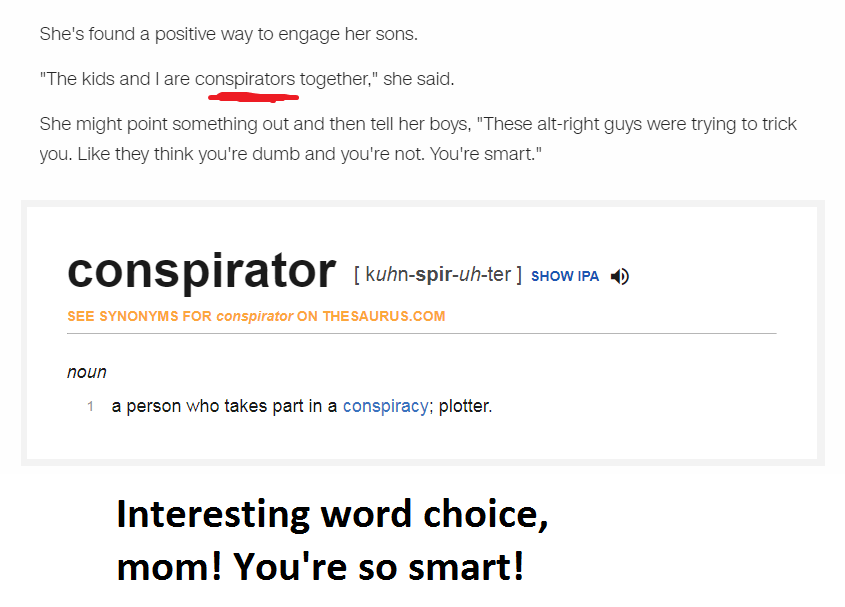 CNN is further dividing the people through racism and sexism, disguising their attempt as well-meaning and non-racist. Carefully worded, many readers will be insulted or offended by the article, and others will embrace it wholeheartedly - a hallmark of divisive reporting. But this isn't real reporting, this is social engineering, and blatantly so! CNN has a long history of amplifying racist voices, like that of their anchor Don Lemon, who is well-known for encouraging racism against white people and sexism against men, claiming that caucasian males are the biggest terror threat in society.

Don't fall for it. We need more unity, cohesion, harmony, and peace. Be good to each other, regardless of ethnic differences. Treat people based on the way they act, behave, the things they do. Not on the genetics they were born with.

We are all one. All life on this planet is one. To be sustainable, we need harmony with ourselves and each other. Division, like the division forced into our society by CNN, is the cause of discord, strife, and war.

The agenda is turmoil for the people, and power for the state. CNN, the state mouthpiece, is instigating hatred. Articles like theirs are truly "hate speech", which ironically is what they claim to be fighting against. Don't get sucked in.

In peace, love, and liberty,
DRutter