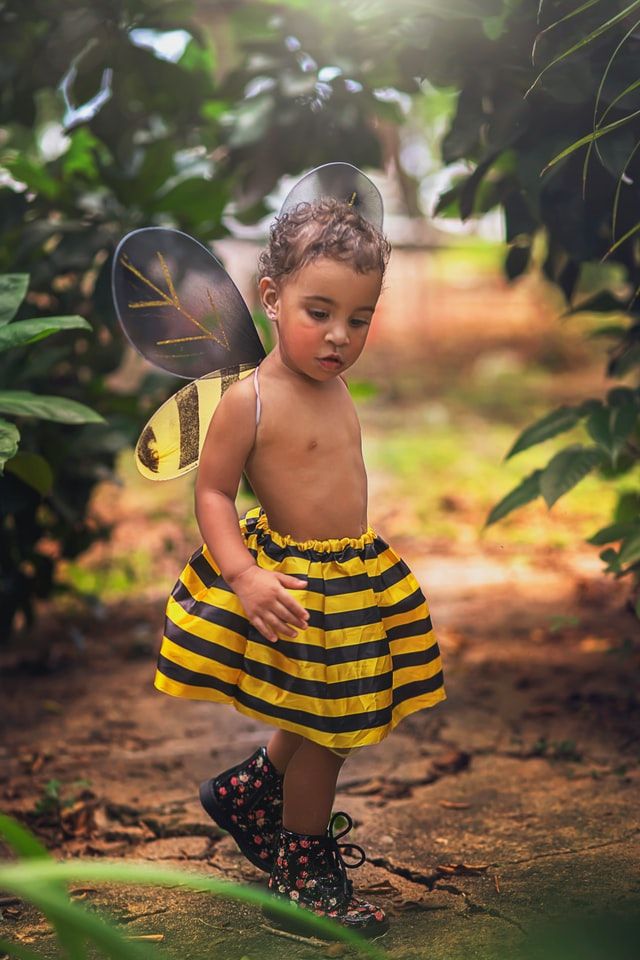 They had just relocated to California from Idaho for the Summer, and his Mom had warned him not to wander off too far beyond the orchards, but no, he just had to go exploring! He had seen the flyer, the day before, advertising the Annual Grand Picnic in the Meadows, and had decided that it definitely, absolutely, 100% had to be visited. It resembled sweet heaven, and there were all sorts of little contests being arranged by the local community. There would be apple blossom bobbing, relay racing through the lavender fields, and a visiting out-of-town stall with the traditional pin yourself on the donkey's tail, a delicate game of accuracy and self-control. 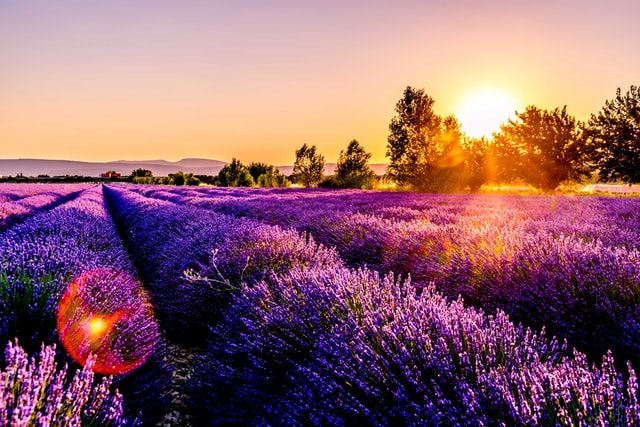 The meadows at this time of year were resplendent in wild technicolour and there was no better adventure for a child his age than heading out to the middle of the fields to enjoy the dreamlike experience of floating on air in a world filled with wonder and sensory delight. 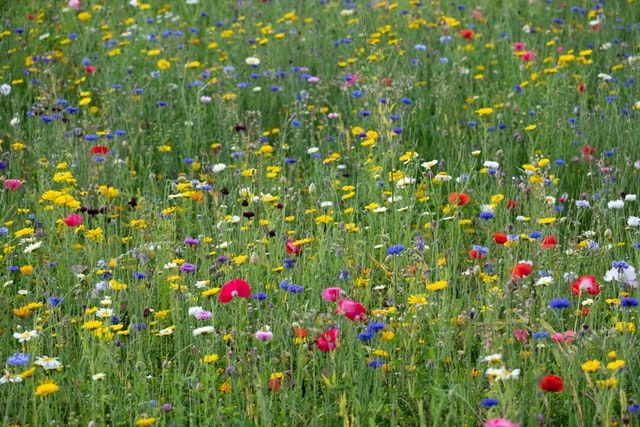 Along with a few kids from his neighbourhood, he had spent the afternoon dancing and cartwheeling, performing somersaults, and divebombing into the flowers. It was the most fun he had had in ages. After the long 800-mile journey the week before, he needed to let loose, feel the summer breeze in his hair, and bask in the warmth of the west coast sunshine. His family had come in with the removal trucks and the long journey had truly been the ultimate test of his childhood patience. God, it had felt great to be free again!

After a day like this, he often wished that he didn't have to return to the seeming mundanity of everyday life; instead, being able to remain carefree and independent, not having to worry about anything or anyone else. He had been having such a great time that the hours had slipped by almost unnoticed. Before he knew it, the coolness of evening was beckoning, and looking around, he realised that he had wandered off a little further than planned and was now the only one left in what seemed to be quite unfamiliar surroundings. 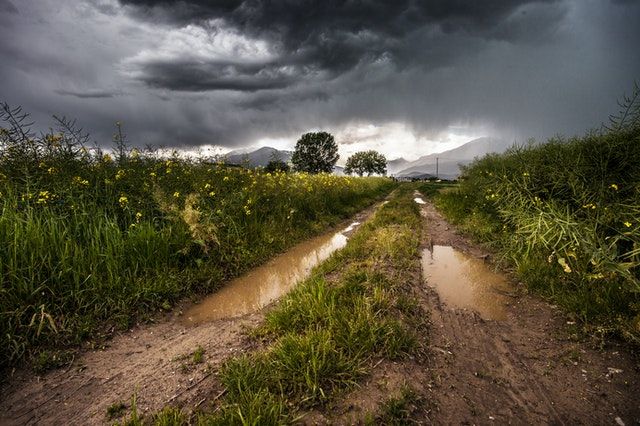 The clouds had built quickly, surreptitiously, grey and dense, and then without warning the heavens opened, releasing their payload on the remains of the day. The earth welcomed the showers with gratitude, leaving Baxter to seek refuge under the nearest foliage. Soaked through, coat drenched, immobilised, he figured he'd have to wait out the storm before he could make his way home. Mom would be worried, but there was little he could do under the circumstances.

And then, just as suddenly as it had started, the rain let up. It was now or never, and he made a dash for it. The route was slow going and before long he started to tire. In all the excitement of the day, he had forgotten to eat or drink and was now feeling quite parched and dehydrated, and his tummy was rumbling inside. He sat down to rest for a bit, contemplating the raindrops which hung in suspended animation on the floral petals, overhead and just out of reach. But he was just too exhausted and hungry to go any further. He looked up and down the long road that lay before him. No cars in sight for miles. The environment felt strange; he had definitely taken a wrong turn somewhere along the way.

Why hadn't he heeded mom's advice? But then again, she was so overprotective! What was a boy to do? And now, here he was, lost in an off-the-beat world with no idea as to how to find his way back home.

His thoughts turned to the past few weeks and he found himself musing about his short-lived life, as he considered his next move. They usually lived in Idaho Falls, but once a year they uprooted and drove South-West down to Cali. It wasn't all bad; in Cali his parents worked hard, and as a family, they played hard too. Baxter always thought his dad looked very dapper in his pinstriped suit but like most successive generations, Baxter wanted more out of life. There were no aspirations of career progression in his dad's line of business and everyone in his dad's team had their own unique job to do. Each job however remained an important cog in the wheel and they were all valued for their individual contributions. It had always been enough for his dad, but he wasn't sure if that kind of life would be sufficient for him. The long, hard hours to put food on the table, were taxed to death and their landlord did regular inspections, taking more than his fair share of the wealth created by his family. Their landlord was an amiable chap, but his mom nevertheless preferred him to be tucked up in bed asleep when he did his rounds as house inspections tended to be a rather intrusive affair. Tonight would be different. He was definitely going to miss curfew!

His mom was descended from European royalty, but somewhere along the line, her title had become less relevant to the outside world. She often recounted stories of her life as a young girl; a bountiful life lived in luxury with his grandparents in their majestic residence. Food had always been plentiful and life had been a lot simpler in those days. Being houseproud, his mom still ran a tight ship indoors. She was an architect and born leader, and the modesty and simplicity of their current home's exterior, gave way as you entered, to an interior left to her own design. She had inherited enough class and talent to be rather adept at creating artistic masterpieces within the confines of its 4 walls, and she kept them all busy turning her exceptional vision into reality. There was no doubting who was the queen of their abode.

They had always pulled together as a family unit, working hard to preserve the small spoils of their hard-earned labour and used their time outdoors to its fullest. After careful consideration, Baxter concluded that his life wasn't all that bad after all. Their family home and community was always a hive of activity and he actually loved being a part of it all.

He thought about going in search of help, but his mom had always warned him against approaching strangers, and feeling that it was all a bit too much for him, he instead lay his head down and started to drift off to sleep.

"Are you ok little one?" He slowly lifted his head and looked to where the voice was coming from, but still feeling tired and weak, he allowed himself to drift off again.

"Mom!!! Is he dead???" The urgency and anxiety in the young voice pulled him back from his slumber and once again forced his eyes open and looked up through ruffled hair into the face of what he could only describe as "an angel", but not the kind he would have expected to have met had he actually died. Curly wisps of hair framed the little cherub's face and a pair of big brown round eyes stared back into his own. He was convinced that this was just the sweetest looking child he had ever seen. The little girl leaned in and whispered, "You must be a bit lost, but don't worry, I'll get you some water, and then I'm sure my mom will help you to find your way home". A long refreshing drink later, and having rested up and dried himself out, Baxter started to feel himself again.

He wasn't able to help with details of where he lived, but thankfully the little girl's mom guessed from his appearance that he might live near the Orchards and suggested that they take a short drive and see if he could recognise and find his way home once in more familiar surroundings.

Seated next to the little girl on the back seat of the station wagon, his nose wrinkled as the scents of the outdoors filtered through the car. Within minutes of starting out, he was drawn in by the intoxicating scent of almond blossoms in the breeze. His heart leaped as he felt his buzz returning. The orchards came into view cloaked in blushing white blossoms, fervent protectors of their exotic sweet nectar. So alluring, so irresistible. And the reason for his existence.

Realising that the tips of his wings were now dry, he dusted the remaining pollen grains into his sacks, shook himself off, cleaned his feelers, and took flight through the open window.

The Hive was now in sight. As he slipped through the cracks in the wooden frames, passing by layers upon layers of community, thriving against the odds, he breathed a sigh of relief. It may be a simple wooden construction, but at that moment it was the most beautiful thing he had ever seen, and he fully appreciated everything that it represented: family, friendship, a safe haven of communal co-operation and engagement where everyone had their role, everyone was valued and life was simply beautiful by design.

He was finally home... and he was happy. 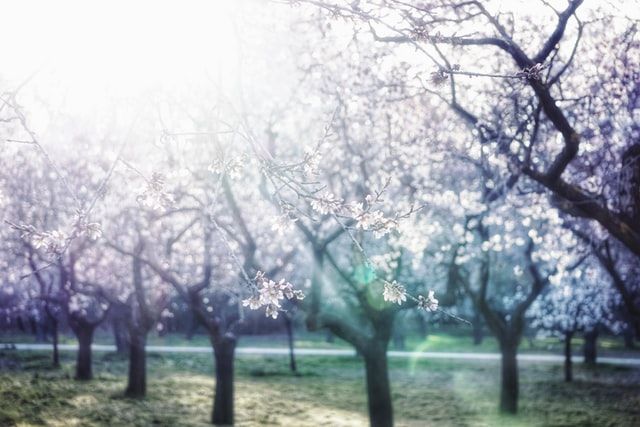 Photo by Splitshire on Pexels.com Rainclouds over the meadows

Footnotes:
1) Each year, commercial bee farmers bring truckloads of commercial beehives laden with hundreds of bee communities, into California for the annual summer pollination of the almond tree orchards. The pollination season is relatively short, lasting only a few weeks before the bees are gathered up again and trucked back to the far-off regions from whence they had come. The beekeepers are as careful as they can be when changing the multi-layered frames in the wooden box hives, but inevitably many bees are crushed through the process, as frames are removed from the Hives, cleared of approximately 40-60% of their honey, and then slotted back into place. The queens are carefully selected for this purpose and some farmers choose European Queens to establish their hives as they are less likely to abandon the hive for a fresh start elsewhere. 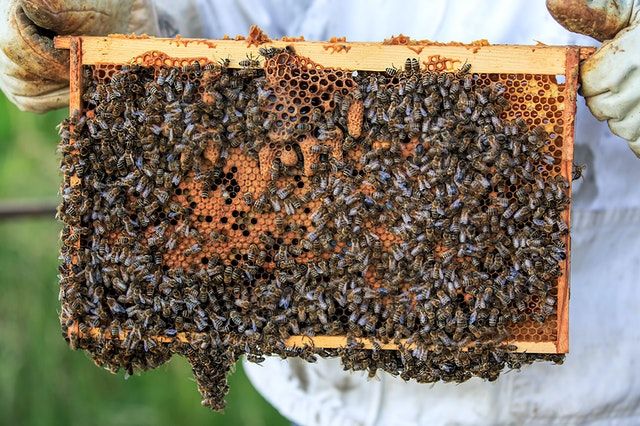 2) The Donkey's tail is a native Mexican succulent with star-shaped flowers that bloom in the summer months. They do not like to be disturbed and tend to lose their leaves quite easily. 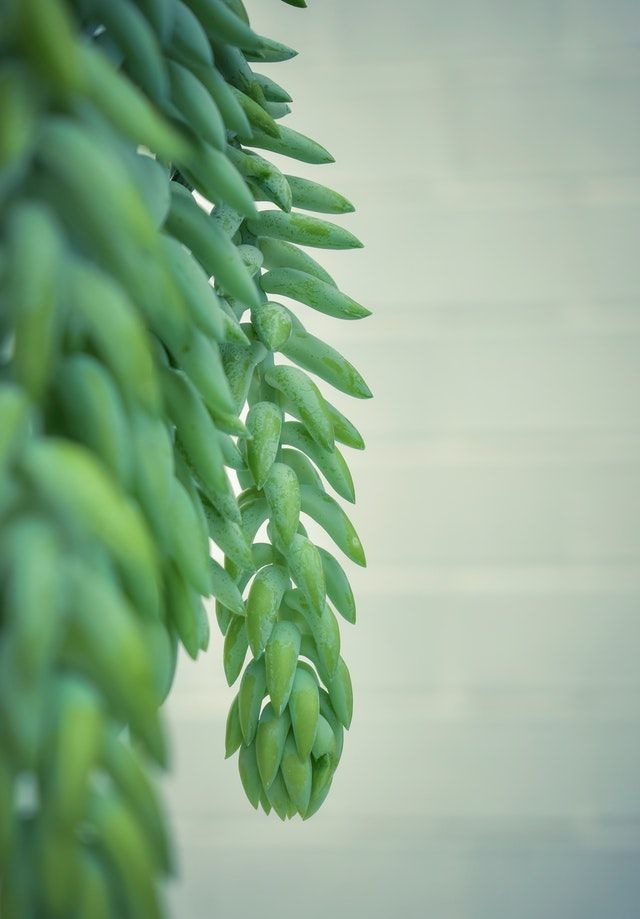