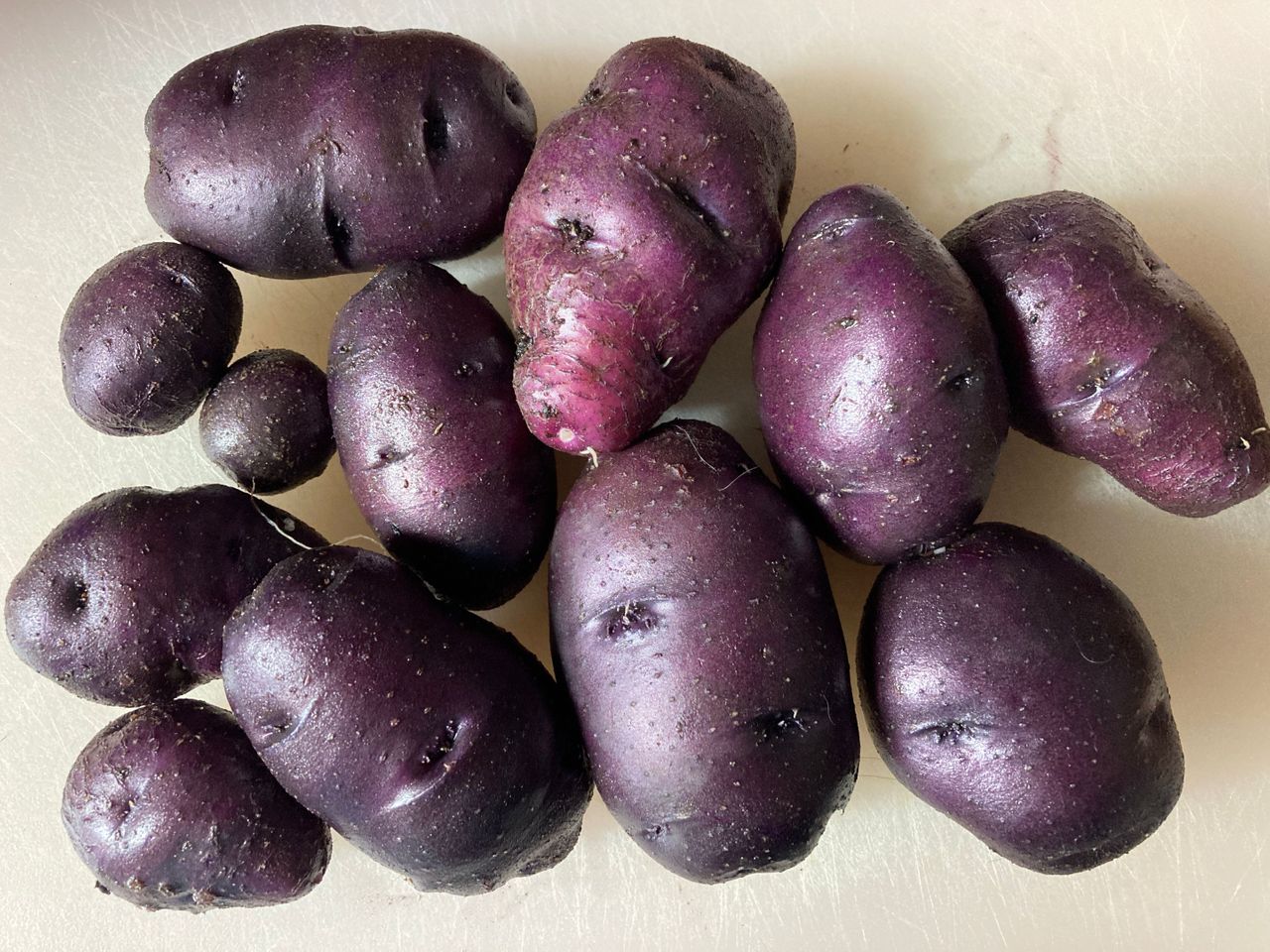 Not exactly what I was hoping for, But STILL GOOD

Not quite what I was expecting... but, what I feared. I noticed that, couple weeks after popping thru, the greens for the potato all disappeared in this second Grow Bag. Later, a single stem came back up, maybe 4 weeks later. I suspect, all the seed potato rotted, but one. Only the one stalk and the sudden die off, is why, a few weeks ago, I only harvested the one healthy Grow Bag. I wanted to give this one a little longer to maybe produce?

My Fears Confirmed, when I found three rotted Yukon Gold Potato (the original Seed Potatos) Seems that of the 3 Purple Potato, only one made it. one rotted. Rains most likely assisted the rotting.

Here's where it all Started: Potato Starts a few months ago, in late winter.

Below About 8 weeks or so ago, the potato all looked like this, lots of Greenery. Suddenly, the greens all died, and withered away. 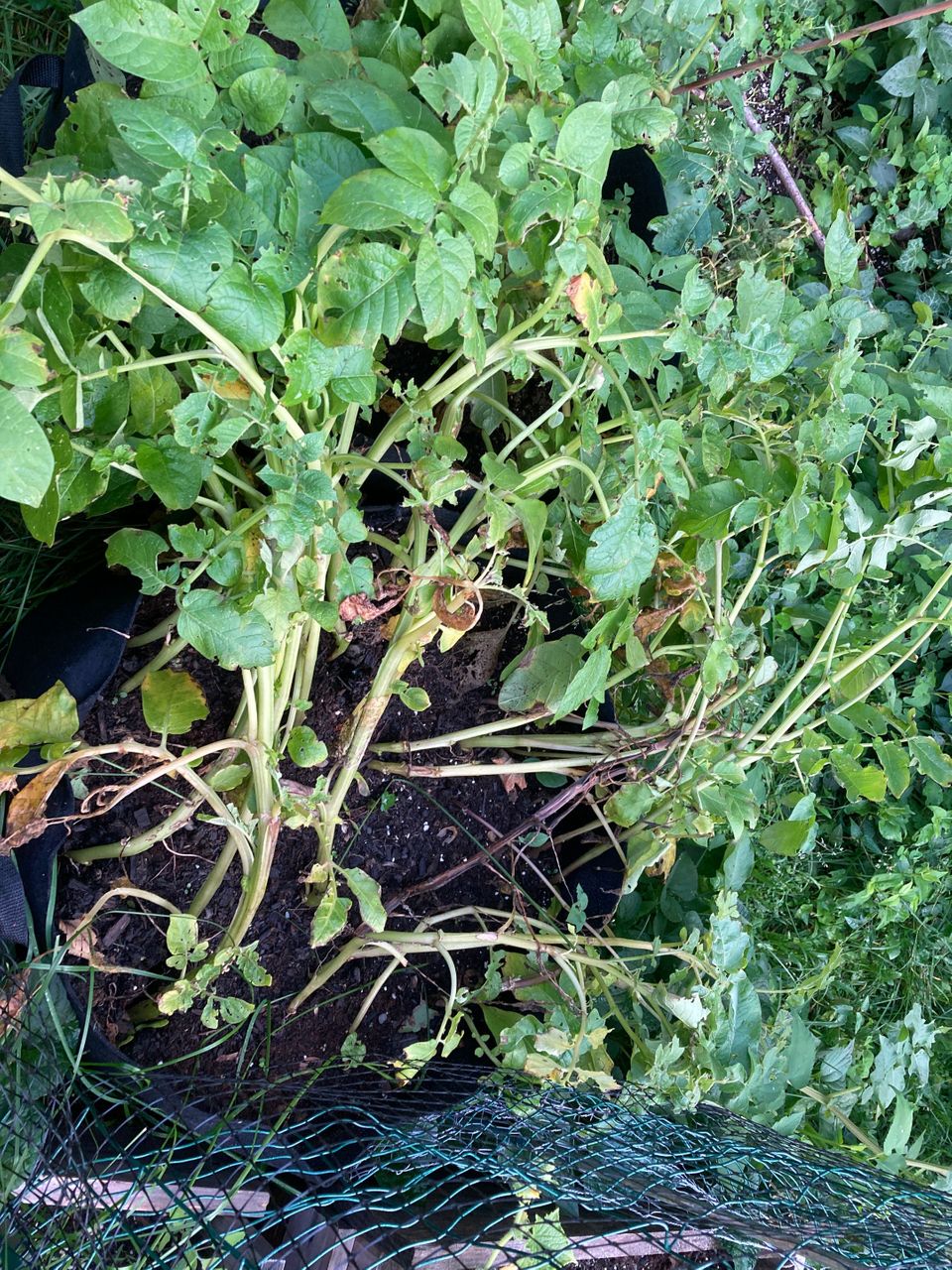 Next, I pulled what remained. Then, about 4 weeks later, one lone single green stalk came up, in center. I feared all the rest of the seed potato had rotted away. Later, I would find, I was right.

Below My oldest and I tipped the heavy 25 gallon Grow Bag, up into a wheel barrow. Carefully, we had sifted the dirt away, and pulled out any found potato. We put them aside onto the nearby garden chair. All large roots, were pulled, and tossed to the compost pile.

For size, the larger Purple Potato are about two fists. The smallest purple Potato was the size of the seed potato! The tiny Yukon Gold's are half a thumb sized at best. We found two rotted purple seed potato, and all the Yukon Gold seed potato died off. What remains after all the rotting occurred. 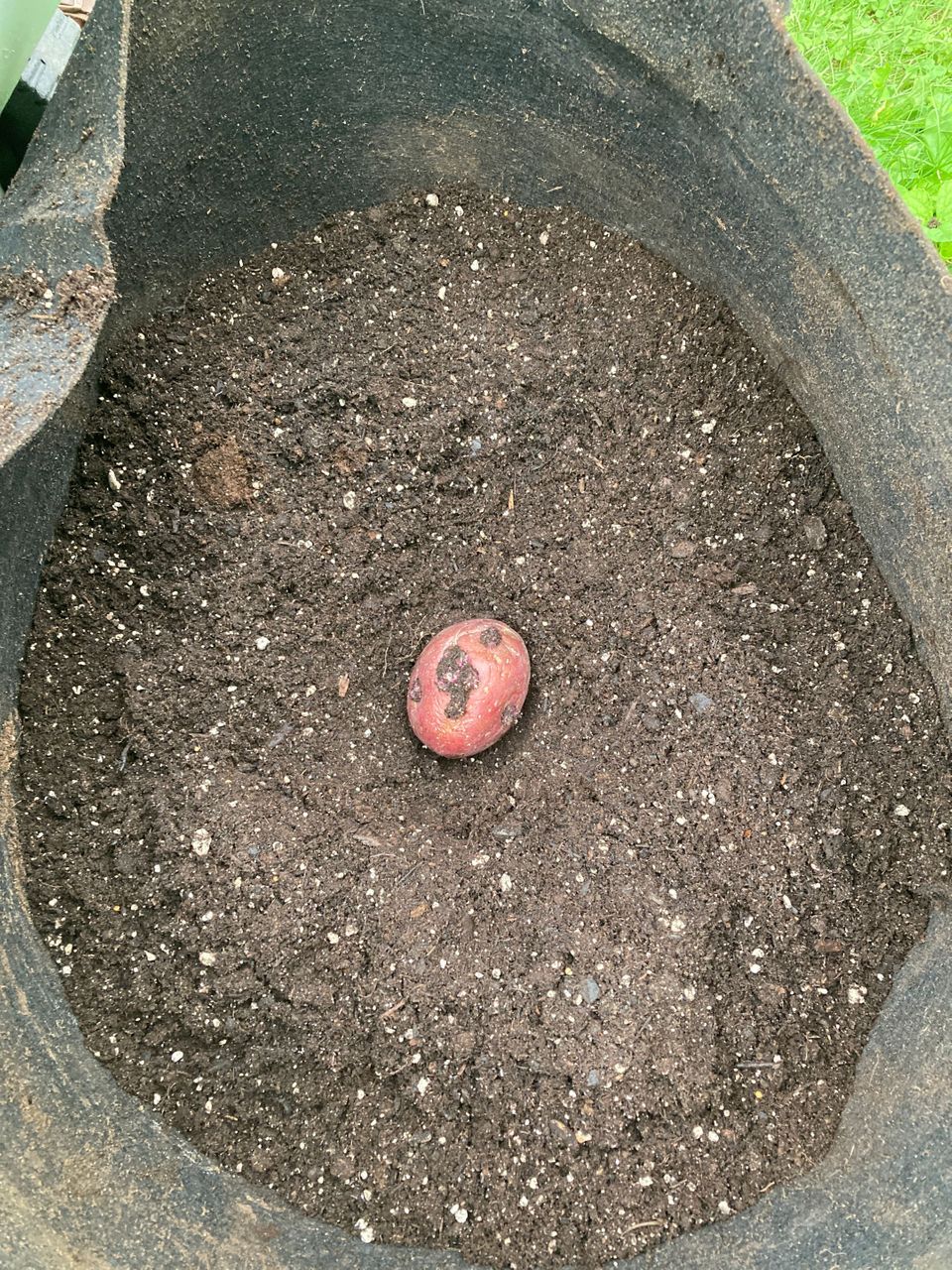 Above After a base of about 4 inches of amended soil, we immediately added a few Red Bliss seed potato back in. 3 potato outside, around the edge,(think North, West, and South) and one in center. One Yukon Gold seed potato added in as well (Think East at 3 O'clock). 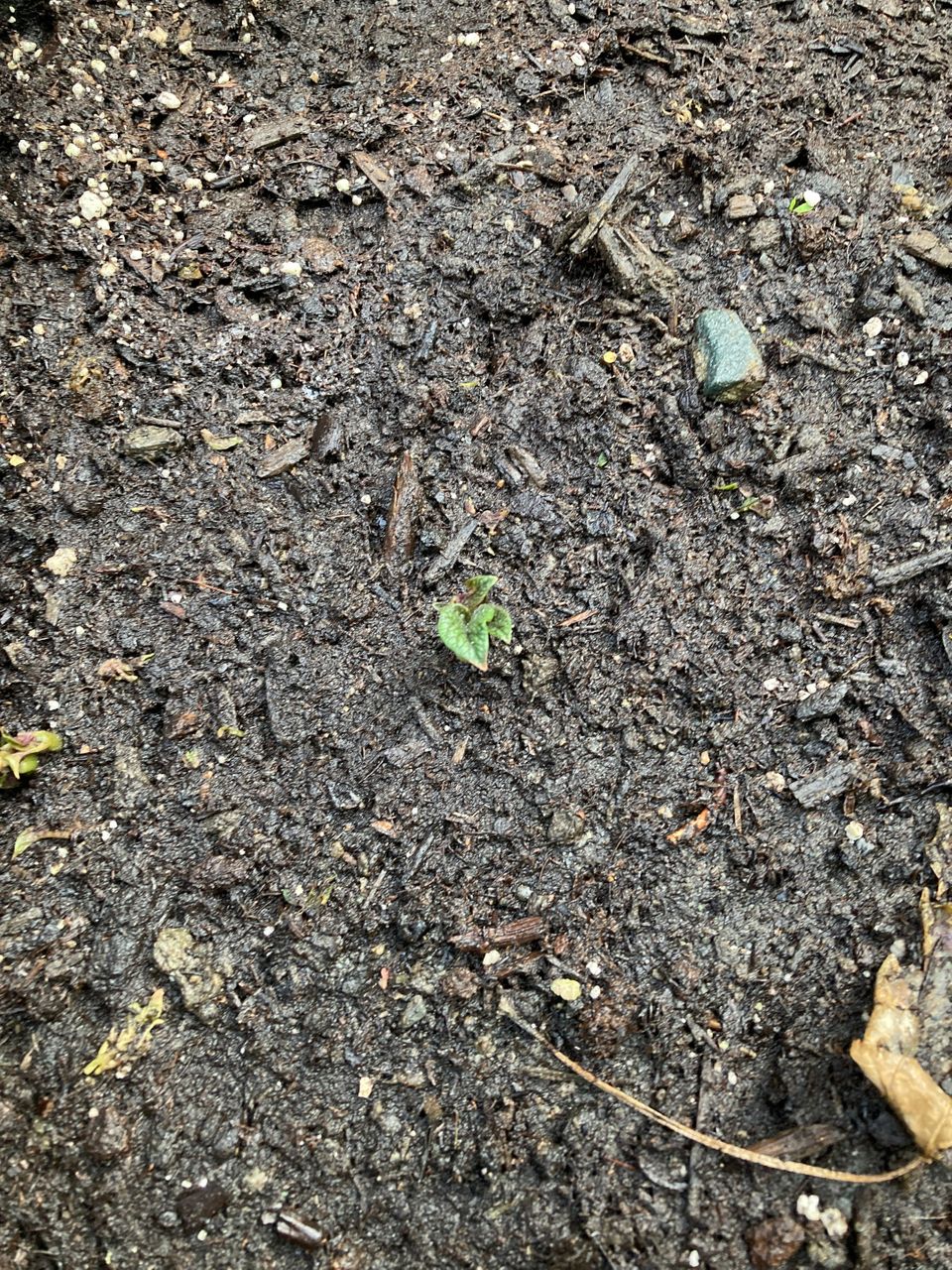 Above This is Grow Bag one, after pulling potato and replanting a few weeks ago: some greens starting to show! Remember, I planted TWO Grow bags of Potato, and Today's is the second. This is the FIRST Grow Bag Harvest only a few weeks ago.

I expect, with both potato bags planted, harvested, and now both replanted, I will likely get a second harvest, end of October.

I can't wait to see what the next harvest brings!

Get your OWN BADGES, at HIVE BUZZ

Bluefin Studios is a photographer, specializing in wildlife, nature, landscapes, waterfalls and Lighthouses!

Always, I strive to give back

To the animals and birds around me

to put more plants in than I take out

And be a good steward for the world around me!

All Photos by Bluefin Studios unless specified.