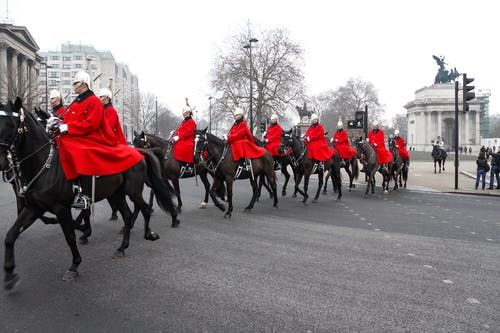 Silence filled the space when the news about the demise of the queen mother spread all over Magog. She lived nine decades as the queen mother from when she clocked twenty years. Adele was a soft-hearted woman and loved by all and sundry. Being a seer, she had foretold se prophecies that had manifested in real life, from where she earned her respect. She once told her only two sons that the younger will become king while the older will abdicate the city in fear and trembling. King Jerry is going to miss the treasure of his mother as there will be no one to guide him with wisdom in his kingdom now that mother is gone to rest. 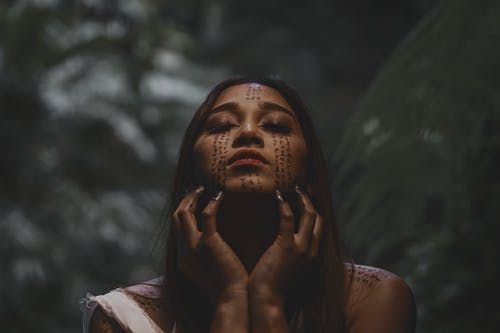 As the news of her death spread like harmattan fire, his elder brother who had been away for almost two decades when Jerry became King for fear of being maimed, came back to pay his last respect to Queen Mother. He came with a caravan of four hundred warriors of valor. Before they entered the city, Jossy had consulted with a witch in the hamlet of Orion, a vassal community that pays annual tributes of cattle to Magog. The old witch told Jossy:

Queen Mother will be buried amid bloodshed but you and your men will be victorious.

He was however warned to thread softly as his arch-enemy isn't his brother but one of his brother's chief-in-council. At this juncture, Jossy sent out spies into Magog to see who the most callous chief is, and his routine should be checked closely. Eutychus led a team of five spies into Magog. They entered the city like beggars who usually come to be alma on the street. They were in the city for five days and night monitoring High Chief Candice whom they discovered had made a mutiny arrangement against King Jerry to be effected on the day of the final burial of the late Queen Mother.

As preparation was in top gear for the final burial of Adele, The Duke of the Island of 'Kuta, sent emissaries with a chariot of gold to convey the corpse of Queen Mother Adele and a royal guard to supply music for the events. The band was scheduled to be in the city of Magog for seven days. From the day the emissaries entered Magog, there was a carnival of dance and music, all in honor of the late legendary Queen Mother.

Four days before the main burial event, Jossy and his four hundred-foot soldiers matched into Magog in a grand style. His foot soldiers were heavily built and strong, known across the Maghreb for their fierceness. As they matched, Candice felt some cold in his spine and withdrawn to his shell in what looks like a defeated mission that he has designed. Jossy was on his shinning black horse, matching from behind the squad as the royal trumpeter announces his entry into the palace of King Jerry

Behold, the entry of Prince Jossy. The Royal Prince of Magog. The only man to have single-handedly alienated his enemy in that battle of Waterloo. King Jerry was so elated that he jumped up from mourning his late mother, the only seer who had guided his kingship reign. He ran like a little boy upon hearing that his brother, Jossy was in town. They hugged each other tightly. Two decades was a long time. The only brother they ever had was far away in an unknown land, torn apart by suspicion.
The two brothers, King Jerry and Prince Jossy reminisced their growing-up years, how Jossy had secured him from a grizzly bear in the forest of Gibeon when they went hunting. Jerry felt happy again, he was quite relieved, at least, he has someone that will be with him through this tough time. His reign had been like the Biblical Solomon. There was no war or chaos, all around him had been peace. Their father, Lech had conquered all territories that could pose any threat to the peaceful existence of Magog.

The morning after his military entry into Magog, the Chief-in-council was meeting in the King's chamber, discussing for a final time the procedure for the lying-in-state of late Queen Mother Adele. As deliberation was ongoing, Prince Jossy joined in the discussion from the King's inner chamber where he had been following deliberations.
He cleared his throat and began talking to the council:

"Been a while Chiefs"

"You all have been a wonderful support to this kingdom"

"Your efforts and supports have reached the ends of the earth"

The chiefs were so moved with the short speech that they applauded Prince in appreciation of him appreciating the council of chiefs. When the chiefs were dispatched from the council meeting, they were all reminded to ensure the burial ceremonies and traditional rites is well managed.

When Chief Candice noticed that the security has been beefed up, he changed his plan. This time, a three-step cake that is usually part of the food prepared during such ceremonies was poison. As the rites indicated, the reigning King is to keep the uppermost step of the cake after the ceremonies. He is to feed on it with any drink of his choice for the next seven days after the burial. Candice took the advantage to bribe his way through the Chief baker to get the cake poisoned.

The ceremonies were going on smoothly in different parts of the city. The peasants and hunters gathered at the village square to celebrate the successful burial of their Queen mother by dancing to a local music band. It wasn't too long that ot began to rain. Every citizen retired to their tent.

It didn't rain at the western end of the city where the palace is located. So, the guests were served food and the ceremony on as the four hundred foot soldiers of Prince Jossy were stationed at different parts of the cities and the palace. Their eyes were fixed on Candice not knowing he had relinquished the assignment to the Chief Baker. When the cake was presented that night as the final part of the rituals for the demise Queen mother, one of the foot soldiers of Prince Jossy sighted the baker pouring a potion into the topmost cake in the step, quickly he moved to the Prince divulging the plan to him.

Prince Jossy secretly told his younger brother the king never to taste the cake for it is poisoned by the chief baker. As the party continued, and to avoid bloodshed that was prophesied by the witch at Orion, King Jerry ordered that the cake be moved into the inner court by the chief baker. In the court, Prince Jossy forces him to eat every step of cake as he was surrendered by a score of foot soldiers who have been designated at strategic corners of the palace court.
When Candice saw that his mutiny strategy had been discovered, he sneaked out of the palace and escaped to the Valley of Dothan, ten miles away from Magog.