Selling Rocks and Shitty art: NFT industry in the mud 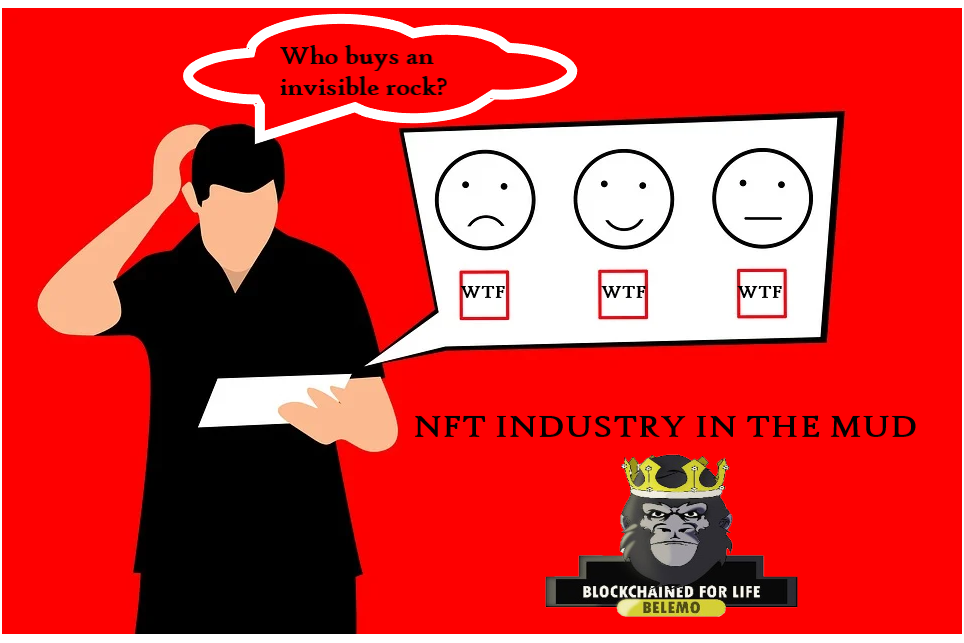 The trends in NFT have turned the entire crypto industry on its head. The activities on Opensea on Ethereum blockchain in particular have looked quite shady for the most part.

Perhaps it's a function of where I come from, but I'm not in the business of knocking someone's hustle. If you're going about your business and you're not directly or indirectly hurting anyone, then there's nothing wrong with your business.

In recent times, we've all seen how people have been milking the NFT space and pulling out millions of dollars worth of Ethereum, in the name of NFT "art" sales. I don't even want to bother pulling out the images but I can tell you for free that it's pure bullshit.

There's something shady going on in the background and many people have been calling them out. Again, I won't knock another man's hustle if it's legit but right now, it sort of seems like the shady deals are going to put NFTs in disrepute.

As someone who comes from a country that's usually in disrepute due to the activities of internet fraudsters, I'm very sensitive to things like this.

I mean, what's the idea behind selling poorly drawn rocks for thousands of dollars? Am I missing something? Am I thinking about it too much? Is it just a symptom of the entire crypto industry as a whole?

A pixelated storm is brewing

Let's face it, the crypto industry is still quite young and juveniles tend to make rash decisions. When you think about assets like Doge, Shiba Inu, and other pointless meme coins having billions of dollars worth of valuation, perhaps it's not too farfetched for poorly drawn images to be worth millions of dollars.

Perhaps it's all a part of the movement and it exists to make a mockery of the traditional art system.

The irony in everything is that all these activities will put the NFT name in a bad light. Imagine how honest and hardworking artists that put blood and sweat into their work will feel when they see a poorly sketched photo of a rock being sold for thousands of dollars, yet theirs doesn't get any hits?

All I'm saying is that a storm is brewing and the longer this continues, the farther down the shit hole the industry will go. Many people "on the inside" look at the activities and think, hold on, something's not right here, now imagine how noncrypto people perceive these things.

Something's got to give and while NFTs are a good thing on their own, the idea is being bastardized by "art collectors". I'm still not sure what the purpose of buying a painting of an invisible rock will serve but I know that if this continues, there will be some sort of chaos down the line for the industry.

It's your money anyway

I like to have a balanced view of activities and while I can see the weirdness, I can also, at least see some sort of "logic" in the activities.

It's not so much as logic, as it is just a fact. Logically speaking, there's no reason to buy a picture of an invisible rock but realistically speaking, it's your money and you can do as you damn well, please.

Even in the traditional market, people have been known to splurge on weird things and they do so for their own pleasure. The crypto industry isn't an exception, and so, it's possible that there are some people who have weird taste, if you may.

I'd like to state that it's just my opinion and calling someone else's tase "weird" isn't meant to insult the persons' intelligence. I'm just saying that if we take statistics amongst a sample size of 7 billion people, there won't be more than 300 people that will buy an invisible rock for $6,000 or more.

With that said, it's in the person's right to do whatever they like with their money. When you take a critical look at the crypto industry as a whole, you'll see that that person buying these weird NFTs is not much different from the wider community.

They're buying assets that are unique and have no intrinsic value, kind of like Shiba Inu. So, yeah, people have the right to do whatever they like with their money, even if one guy sitting in front of his laptop in Nigeria thinks they're putting an entire industry in disrepute.

Please check out my Freelance gigs: