Another big guest interview in the Podcasting world: Podland 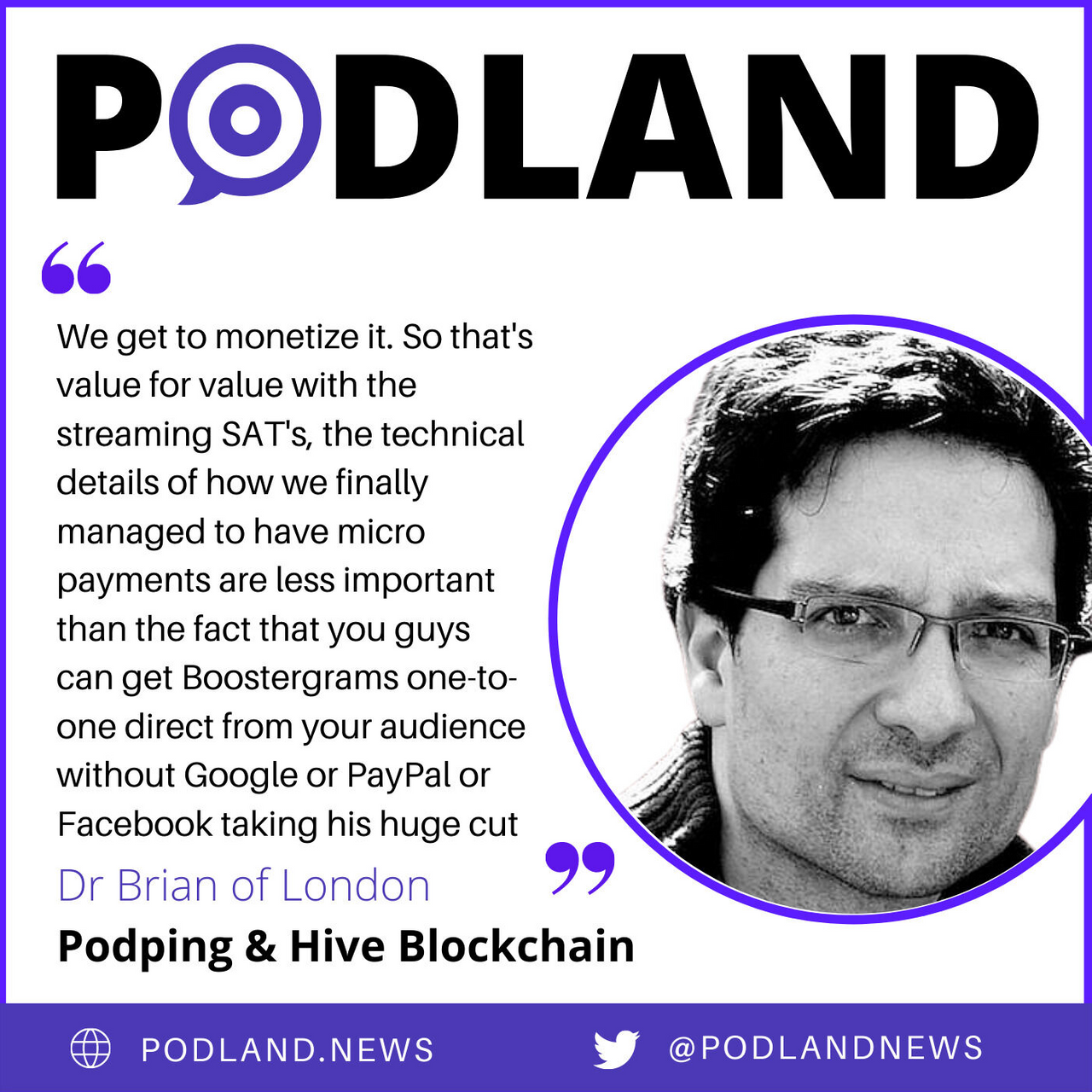 Another week another major Podcast appearance. I don't have a huge amount to write about this but recording this show soaked up a huge amount of time.

Podland is an insiders podcast about the podcasting industry. In fact it's probably one of the biggest.

The show is put together by Sam Sethi in the UK and James Cridland who's based in Australia and it was Sam in the UK I spoke to for two hours. We went really long but he had lots of questions. So long in fact that I'm split into two parts.

I used an important analogy to explain Web 1.0, 2.0 and 3.0 about dairy cows which comes from @apshamilton. It is in an (as yet) unpublished article but I think the time to publish it is drawing closer and will happen when we have more news to tell about the Crypto Class action court case in Australia.

The Second part in particular goes into quite a bit more detail even including a brief explanation of the Justin Sun Steem story.

I'd also like to thank @starkerz for his very kind words in the latest show Curiocaster from @jongolson and @taskmaster4450 about my appearance on last week's Podcasting 2.0 Show with Adam Curry and Dave Jones

Work continues on 3speak's Podcasting interface and as soon as its 100% ready I'll be recording a video about it and shouting about it!

The code below won't work... but maybe it will soon!