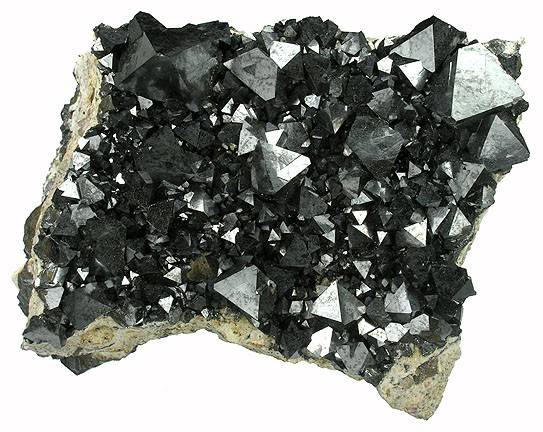 Hello it's a me again Drifter Programming! Today we continue with Electromagnetism to get into Magnetic Materials. So, without further do, let's get straight into it!

Magnetic materials are materials studied and used mainly for their magnetic properties. The magnetic response of a materials is largely determined by the magnetic dipole moment associated with the intrinsic angular momentum, or spin, of its electrons. A material’s response to an applied magnetic field can be characterized as diamagnetic, paramagnetic, ferromagnetic or antiferromagnetic.

The fundamental property of all matter is Diamagnetism. It's caused by the non-cooperative behavioral orbiting of electrons when exposed to an magnetic field. Such substances are composed of atoms that have no net magnetic moments, but get magnetized when being affected by an magnetic field (negative magnetization). From all that we can clearly see that the total magnetization is zero, when the magnetic field is zero. A characteristic behavior of diamagnetic materials is the so called  susceptibility which is temperature independent. Susceptibility means that an extensive property is not affected by the variation of an intensive property (temperature in our case). This means that the effect of an magnetic field to an diamagnetic is not affected by the temperature. Calculating the "interaction" for any temperature gives us "one and only" result. 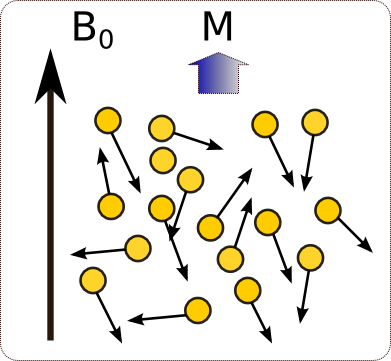 In paramagnetic materials the magnetic moments do not interact. In ferrymagnetic materials these moments exhibit very strong interactions. The interactions between those moments are produced by electronic exchange forces and result in a parallel or antiparallel alignment. Those forces are very large and equivalent to a field of 1000Tesla! This is quantum mechanical phenomenon due to the relative orientation of the spins of two electron. From all that we can clearly see that we have a very large net magnetization (not zero like in the other two types we've seen before) even when no external magnetic field is present. Two distinct characteristics of ferromagnetic materials are their spontaneous magnetization and the existence of magnetic ordering temperature. Spontaneous magnetization is caused by the net magnetization that exists inside even at the absence of a field. A related term is the so called saturation magnetization, which we can measure in a lab and is dependent of the temperature, buy independent of the particle size. After a maximum induced magnetic moment is obtained, the field can no further increase when magnetization occurs. Ferromagnets can retain a memory of an applied field once it is removed. This behavior is called hysteresis and a plot of the variation of magnetization with magnetic field is called a hysteresis loop. 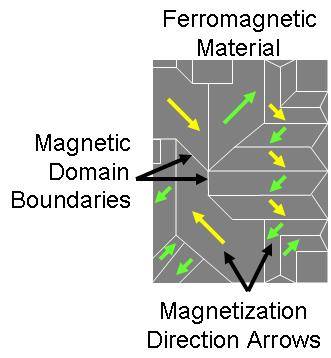 The so called Antiferromagnet shows a behavior of susceptibility above a critical temperature which is the so called Neel temperature (Tn). Above this temperature such magnetic materials obey the Curie-Weiss law of paramagnets, but with an negative interception caused by negative exchange interactions.

The magnetic structure is composed by two magnetic sublattices called A and B separated by oxygens and the exchange are mediated by the oxygen anions. These exchanges are called indirect or superexchange interactions. The strongest superexchange interactions  result in an antiparallel alignment os spins between the A and B sublattice. The magnetic moments of A and B are unequal and result in a net magnetic moment. Similar to ferromagnetism we again have spontaneous magnetization, Curie temperatures, hysteresis and remanence. The only thing that changes is the very different magnetic ordering of the atoms..

Let's get into examples of magnetic materials in nature for each of the previous types/classes that we explained in "theory".

A simple example of an ferrimagnet is Magnetite. Fe304 crystalized in a spinel structure and has large oxygen ions that are closely packed in cubis arrangements of smaller Fe ions that fill the gabs. 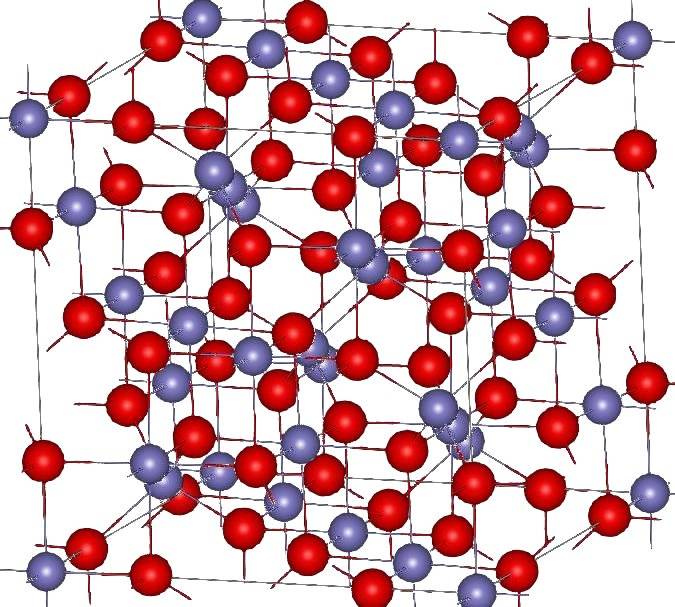 And this is actually it for today's post! Next time we will get into Displacement currnet, which is closely binded to Ampere's law!