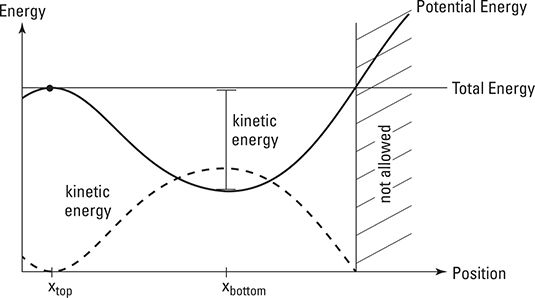 Hey it's a me again @drifter1! Today we continue with Physics and more specifically the branch "Classical Mechanics" to talk about Potential Energy Diagrams.


So, without further ado, let's get straight into them!

So, the things that you should always take into account are:

Steps to draw an Energy Diagram

So, how exactly do we draw such an energy diagram? Well, the best way is to follow specific steps:
So, in the end you will end up with diagrams such as:

Consider the following diagram from phys.ufl.edu:

Let's consider that we release an object of mass m = 1Kg at x = 4.5m with an initial kinetic energy of 2J. Answer the following:

Thinking about what we talked about previously we clearly understand that negative force will pull the object down (lower x), whilst positive force will push it upwards (higher x). Being the first derivative of the potential energy U(x), we end up with the following force F(x): 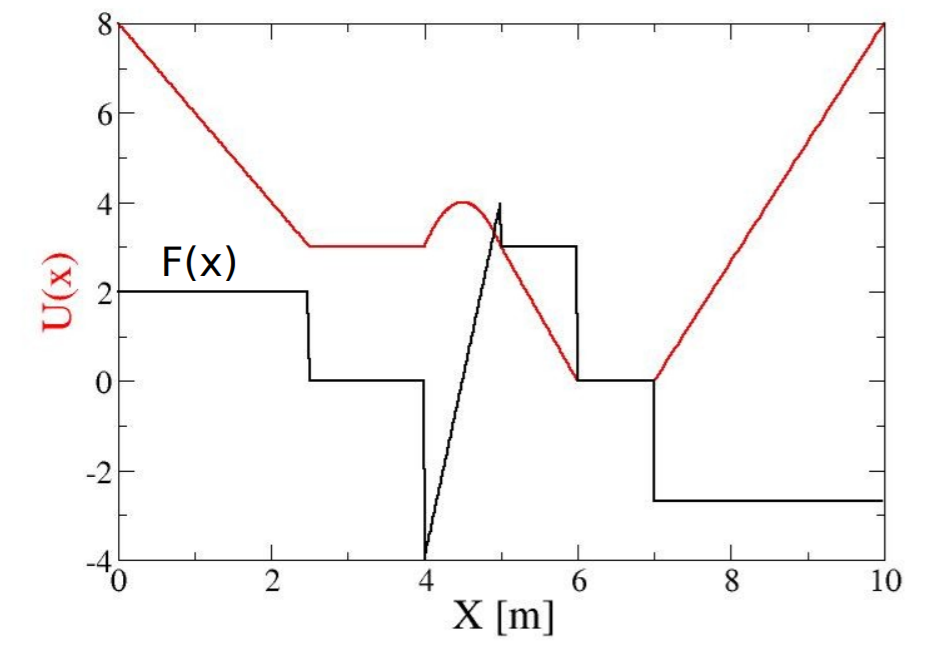 At the starting point of 4.5m the potential energy is 4J. Therefore, the total energy of the object is:

At x = 3m the potential energy is U = 3J. The total energy is being conserved and so the kinetic energy is:

Applying the kinetic energy formula we can get the velocity: 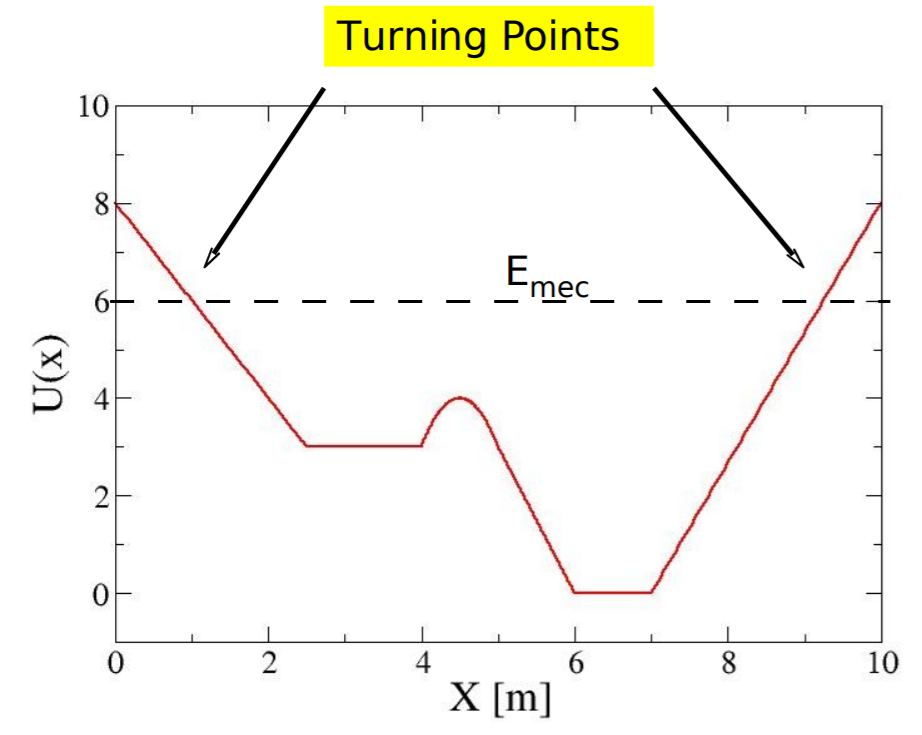 This is actually it for today's post! Next time we will continue with Internal Work and Energy.