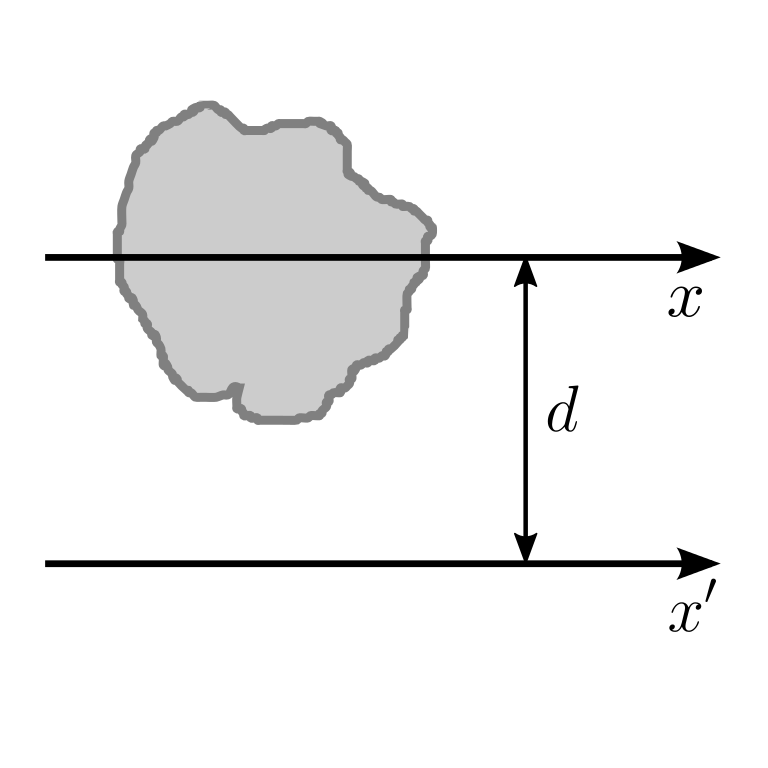 Hey it's a me again @drifter1! Today we continue with Physics and more specifically the branch "Classical Mechanics" to get into the Parallel Axis Theorem, that's quite useful for calculating Moments of Inertia (I). So, without further ado, let's get straight into it! 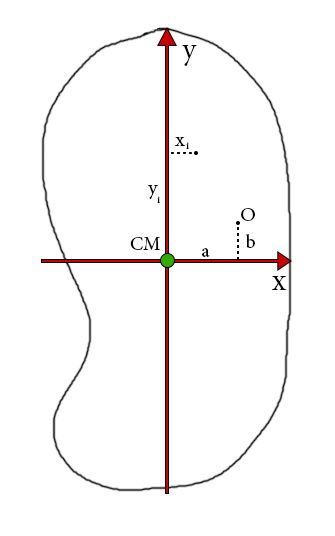 Of course from the definition of the center of mass (CM) we know that:

From the definition of the moment of inertia IO = Σi mi ri2O, we know that r is measured in respect to O, and not CM. But, the quantity ri2O can easily be written in respect to the center of mass as:

Substituting this into the equation of I we get:

From the two equation of the center of mass: xCM and yCM, we know that the xi and yi terms in this sum will go to zero. After that let's also split the sum into two parts: one with x's and y's and one with a's and b's. So, we end up with:

The sum (xi2 + yi2) is simply equal to ri2, where ri is now being measured from the CM. So, the first sum gives us the moment of inertia for the center of mass (ICM). In the same way, we can also substitute the other quantity, cause the sum (a2 + b2) is equal to R2O, where RO is the distance from O to CM. That way the second sum turns into the simpler term MRO2. So, in the end, we finally get the Parallel Axis Theorem or Huygens-Steiner Theorem equation:

To understand the Theorem even better, let's now get into an example!

Let's consider a uniform rod of length L and mass M that's rotating about an axis through the center, perpendicular to the rod. How much is the moment of inertia for that axis?

In the previous article we said that the moment of inertia for the center of the rod, which tends to also be the center of mass, is given by:

Another common moment of inertia for such a rod is calculated at the end of the rod and given by: 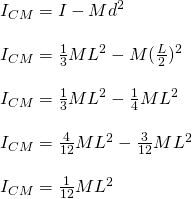 We really end up with the equation that we already know for CM!!

This is actually it for today's post! Next time we will get into Torque...which is a quite interesting topic!