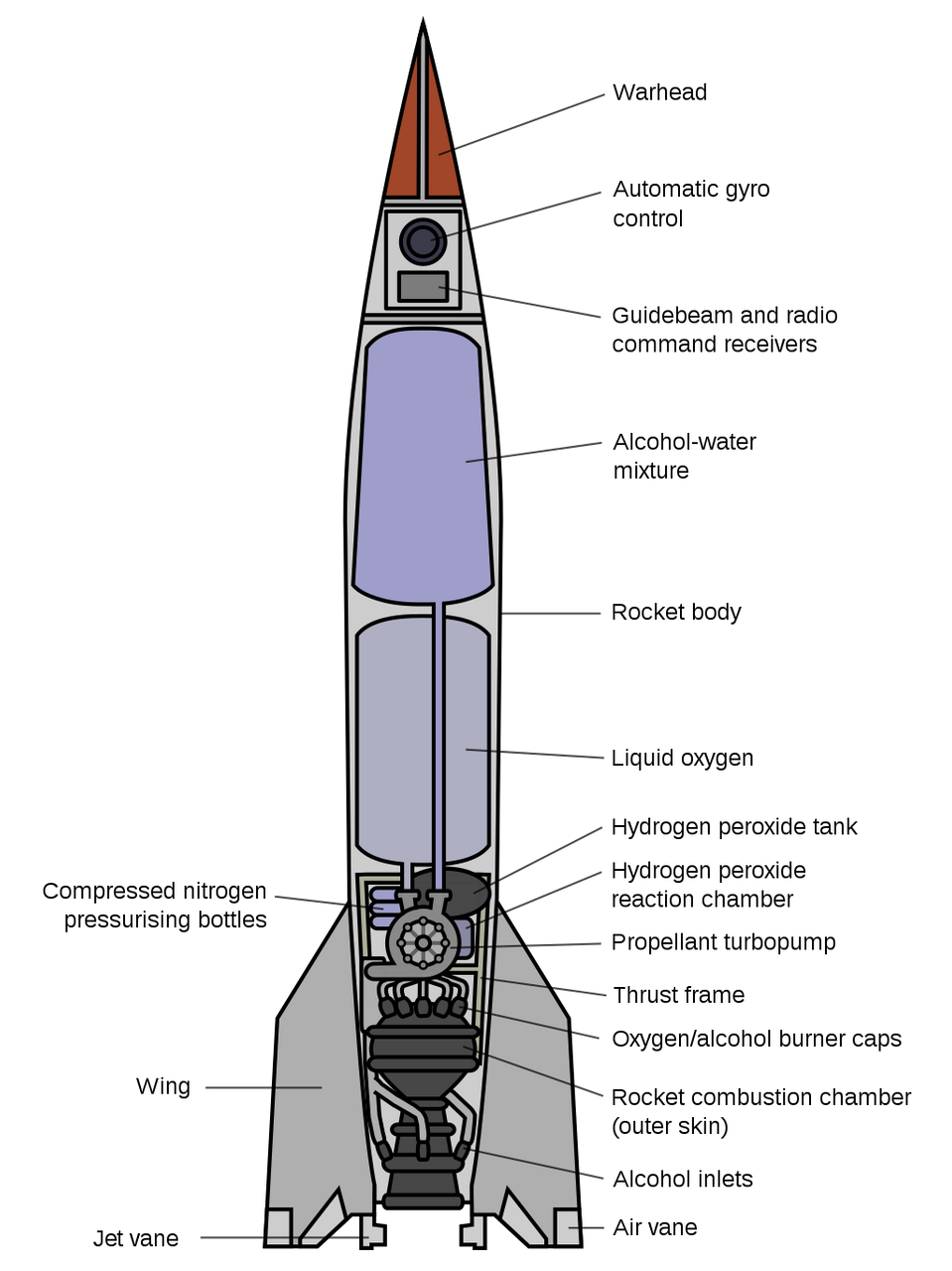 Hey it's a me again @drifter1! Today we continue with Physics and more specifically the branch "Classical Mechanics" to get into the Rocket Propulsion. So, without further ado, let's get straight into it!

Important physics topics that you should understand before getting into Rocket Propulsion are all three of Newton's Laws of Motion and all the quantities that come with them (Momentum, Impulse etc.).

The Law of Inertia tells us that objects tend to keep their current state of motion unless an unbalanced force acts upon them. So, an object at rest stays at rest, whilst an object with a constant velocity will continue moving in constant linear motion as long as the total sum of all forces that act on it is zero. This law is closely connected to the definition of Momentum (p = m•v), which is the quantity that tells us how much (mass) is moving and how fast (velocity) it's moving.

This law shows us how forces affect the motion of objects and how exactly the velocity and momentum change by the effect of forces. The basic definition of the law is F = m•a (Force equals mass times acceleration) and knowing that acceleration is simply the change in velocity (a = dv/dt) this can be changed into F = dp/dt, showing us that the force is equal to the change in momentum over time, a quantity which is known as Impulse J. Impulse is also equal to the area (integral) under a force-time curve. This law is sometimes also called the Impulse-Momentum Theorem.

This law is quite important as it states that for every action there is an opposite and equal re-action. Knowing that F1 = -F2, we can also talk about the conservation of momentum, telling us that the momentum of every system get's conserved.

So, how does an rocket work? Well, an unbalanced force must be exerted for a rocket to lift it off from the launch pad or to change it's speed or direction in space (1st law). The amount of thrust (force) produced by a rocket engine is determined by the mass of the rocket fuel that is burned and how fast the gas escapes the rocket (second law). The reaction/motion of the rocket is equal and opposite to the direction of the action/thrust from the engine (third law).

Let's now get more in-depth to get mathematical equations that apply to rocket propulsion. In general, thinking about Newton's laws and all the other quantities that we can re-mentioned previously, we can describe the physics that are involved as:
So, in the end, the problem of rocket propulsion is about the mass and velocity of the rocket and ejected gases that are changing. Defining the system to be rocket + fuel, which is clearly a closed system (for deep space where there are no external forces acting on it), we can say that the momentum is conserved for this system. So, we can apply the conservation of momentum.

The rocket + fuel system can be visualized like this: 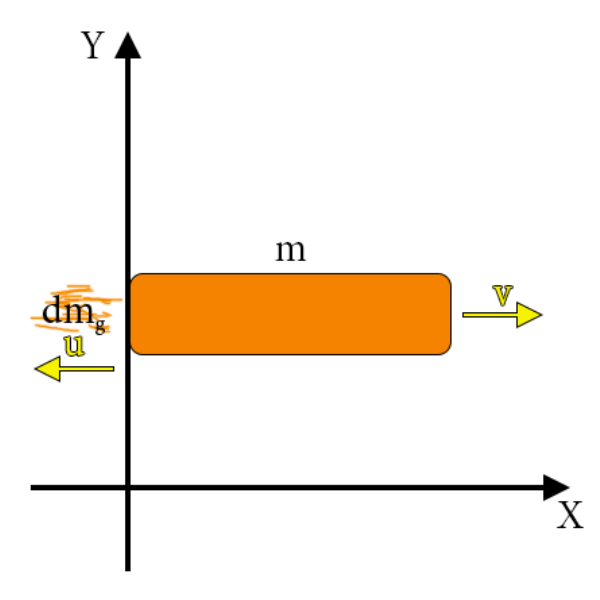 [Based on Figure 9.7.2 from phys.libretexts.org]

Because of the ejection of fuel mass the rocket's mass decreases by dmg and its velocity increase by dv. Including both the change for the rocket and the exhaust gas, the final momentum of the system is:

Considering that the motion takes place in one axis (x-axis) and that the vectors are all in the x-direction, we can drop the vector notation. Applying the conservation of momentum we obtain:

The quantities dmg and dv are each very small, therefore their product dmg•dv is also very, very small...much smaller than the other two terms in the expression. So, we can easily neglect this term and obtain:

The quantity dmg represents the increase in the mass of ejected gases, which means that it also represents the decrease of mass of the rocket (-dm). So, replacing it in the previous equation we get:

This final result is called the rocket equation, and was originally derived by the Soviet physicist Konstantin Tsiolkovsky in 1897. This equation gives us the change of velocity that the rocket obtains from burning a mass of fuel which decreases the total rocket mass from mi down to m. The relationship between Δv and the change of mass of the rocket is clearly non-linear, as we mentioned earlier in this article.

Being in a Gravitational Field, the rocket's velocity is affected by the constant acceleration of gravity g. Doing similar calculations we end up with a very similar equation that looks like this:

In this equation, Δt is the burn time of fuel. In absence of gravity, there is no difference on how much time it takes to burn the entire mass of fuel, as the change of velocity didn't depend on Δt. But, in presence of gravity, it matters a lot. So, the longer the burn time, the smaller the rocket's change of velocity will be. That's exactly why rockets launch off in a spectacular at the first moment liftoff. It's essential to burn the fuel as quickly as possible, to get the largest Δv that is possible.

So, what have you learned today?

This is actually it for today's post! Next time we will start getting into the rotation of objects, starting off with angular velocity and acceleration...