The Event : Always Happening Even if I am not Reporting it

They Mean What They Say

The period between September 1st and 30th is what I like to call The Event. During this time, there usually are a lot of significant celestial, religious and political events happening. During one of these cycles, it was called the "Time of Swaying and Change" by someone in an article that I can't find. And several other articles The Event by DeanLogic search results

This year's The Event hasn't been very exciting or active and I just haven't been in the mood to do any writing. However, I just saw a tweet from @JammieWF that brought back some memories of The Event.

This is not the first time someone has given an ultimatum on Climate Change. Back in 2014, when the Climate Change hysteria was at its peak, a French Foreign Minister made this statement.

And we have – as I said, we have 500 days to avoid climate chaos. And I know that President Obama and John Kerry himself are committed on this subject and I’m sure that with them, with a lot of other friends, we shall be able to reach success on this very important matter.

Well, 500 days from the date of that statement, happened to be September 26, 2015. (He could have made the statement a day earlier than the article posting, making the date the 25th, but it wouldn't matter.) September 25-27th, 2015 was the United Nations Sustainable Development Summit 2015. At this summit, they changed the name of Agenda 21 to Agenda 2030. I do believe, that Laurent Fabius said 500 days on purpose, as he knew when the UN was meeting and what they would be discussing.

Now, we have António Guterres, Secretary-General of the UN telling everyone we have 2 years, until 2020 to change our course on Climate Change. What could happen in 2020?

We are entering a new Solar Minimum

The sun is heading toward solar minimum now. Sunspot counts were relatively high in 2014, and now they are sliding toward a low point expected in 2019-2020.

There have been skeptics of Climate Change who state that man's involvement isn't going to stop the next ice age. The skeptics believe that we will really start seeing things cool off in 2020. It makes you wonder why the UN is pushing so hard for people to get off of burning fossil fuels and wood, if the future looks cold. If you believe that Agenda 21/2030 is about depopulation, then it would be easy to determine that the UN wants the masses to freeze to death. Or, at the least, not be prepared to find ways to grow food in the cold.

2020 will be on us before we know it, so we'll find out soon whether or not the Sun's low solar activity will affect the weather, like it has in the past. 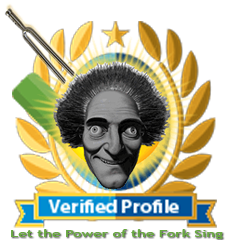 Trading on Bittrex and Binance
Claim Your Stake with a Stake Box
HODLin’
Stellar Lumen(XLM) -- Cardano (ADA) -- Digibyte(DGB)
Get your old school text-based gaming on.