@memehive held a contest three weeks ago nobody entered. Let's try a different contest and see what happens. I'll make it easier this time.

Add text to this image of Batman slapping Robin to make a meme. It's an image that has been popularly memed before. Frankly it is one of my (@holovision) favorite meme templates. 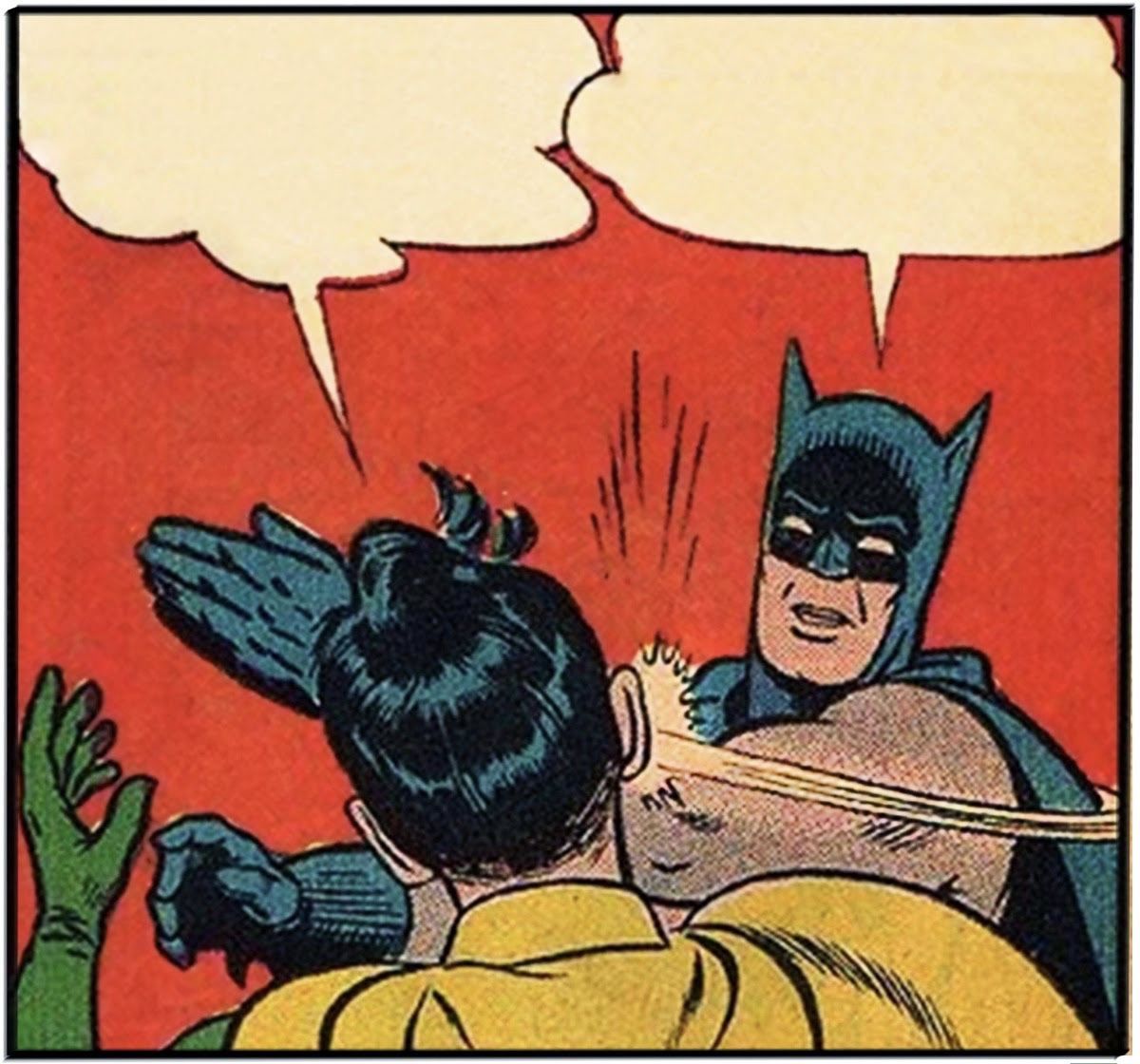 Knowyourmeme.com has a wiki entry for this exploitable image and the Casually Comics YouTube channel has a video explaining the backstory of the image. 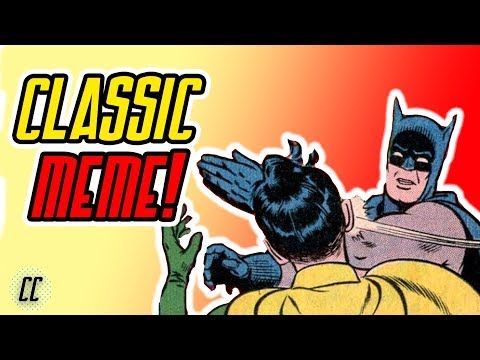 Posts being entered into this contest need to be posted somewhere on the Hive platform. It can be in the MemeHive community (we'll be getting the outpost front end for hiveme.me soon), on another tribe's site such as proofofbrain.io, a @dbuzz "buzz" or included in an @actifit report. Wherever on the Hive platform you believe your post featuring your Batman slapping Robin meme would be appropriate.

No plagiarizing memes. If it is a meme you've already done before that is self-plagiarism. Keep it original.

Only one entry per user. No additional submissions from alternate accounts.

Users entering this contest must reply a link to their contest entry post to help ensure that @memehive is aware of their entry. Within 24 hours @memehive should be able to reply back to confirm that the entry has been seen and is entered into the contest.

User must include a link back to this post about the contest in their contest entry post.

User must use the tags #meme and #parody for their contest entry post. Even if your meme is meant as "satire" parody is allowed under the "fair use" doctrine so it's "parody" if anyone asks.

Contest starts when this contest announcement is posted and ends after the 7 day payout for this post occurs. Entries will be judged based on humor and presentation (how well the text is formatted to look like it came from an actual comic book). Bonus points for longer format post featuring the contest entry meme.

Optional but not required for contest:

Upvote and reblog this contest announcement post.
Subscribe to the MemeHive community /created/hive-104024
Buy MEME tokens through https://hive-engine.com/?p=market&t=MEME or https://tribaldex.com/trade/MEME

It should go without saying but just in case: DC Comics is in no way supporting or endorses this contest. This is completely unauthorized and unofficial. I have the contact information for DC Comics' lawyers but I already know that my request would be denied. 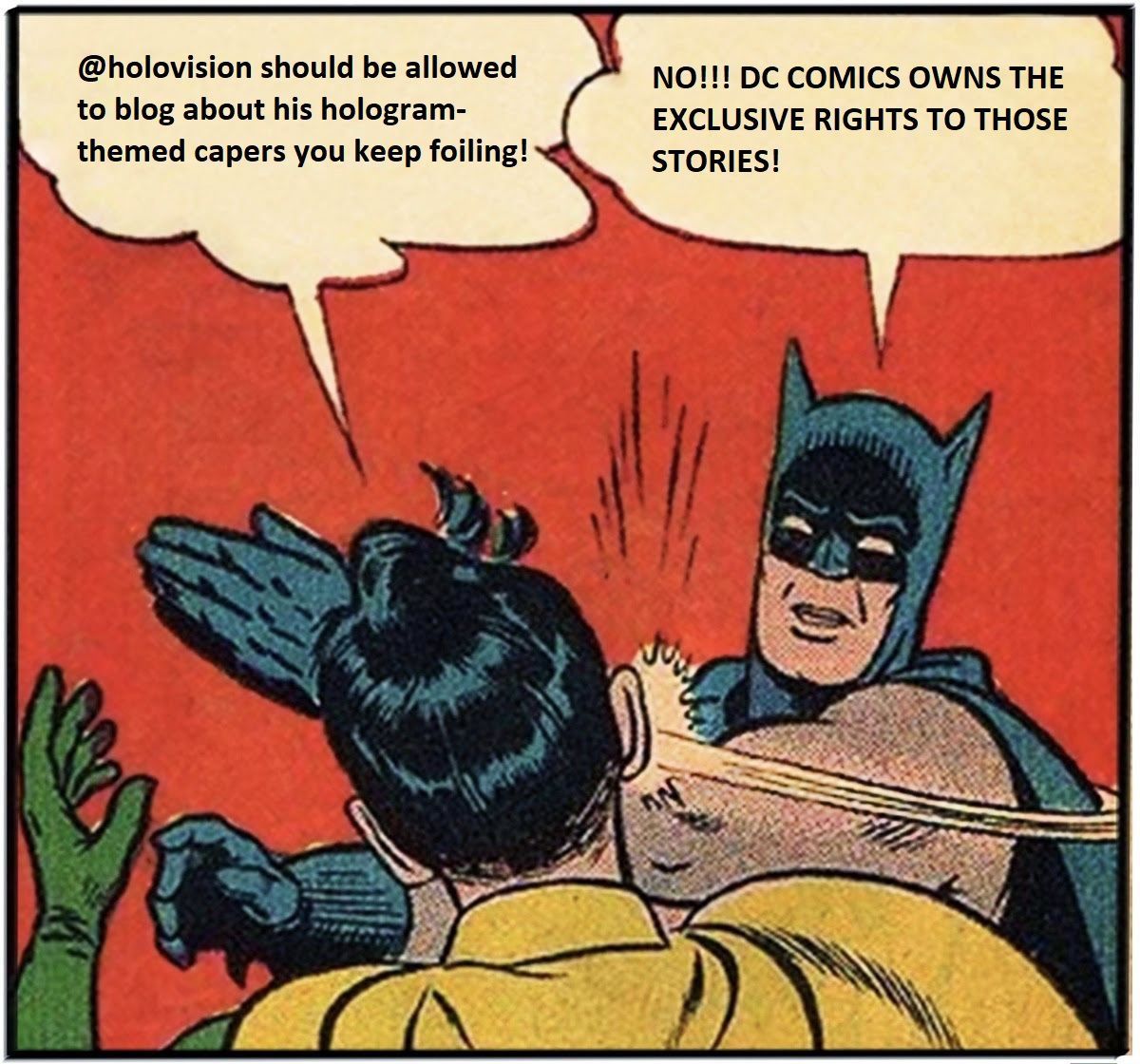