The Best Laid Plans of Hive and Men

Below is kind of a weird meme. Admittedly it's a little out of context. It amuses me and I need to make an occasional post with a meme like everyone else if I want more MEME tokens.

Recently I was contacted with a proposal to combine one of my Hive communities with another similar one. The other party wants to onboard members and other plans. Apparently a whole team with a marketing expert was going to be involved.

I suggested adding a long term goal of turning the combined community into a tribe with its own token. The person making the proposal to combine the communities claimed that idea had already been discussed but they "could not define a useful/innovative usecase besides using it to shop on druckado if it could be 'stabilized' somehow".

What's wrong with @druckado? I don't know. Maybe NFTs are a little too capitalistic or something according to the other party's team. I don't know. I am tokenizing memes on Hive. I think more communities should become tribes with their own token.

The other party came to me, I wasn't the one going to them with the proposal. If they can make it work without me then they didn't need me after all. That's simple enough logic. 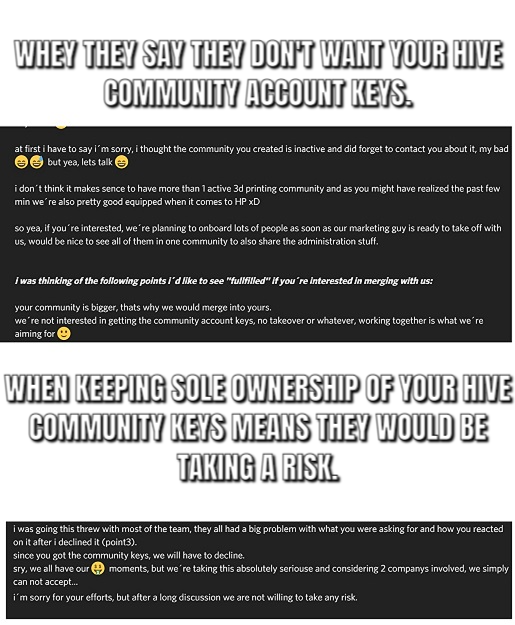