The Italian Years of Lead: Could the Secret "Strategy of Tension" Foreshadow America's Future? 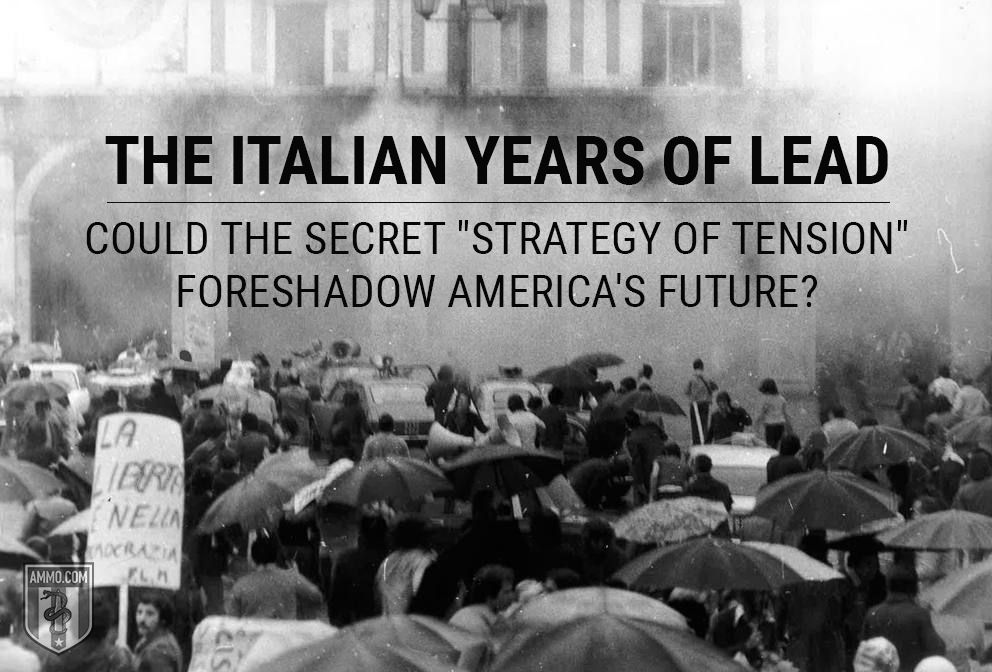 This week commemorates the 41st anniversary of the Bologna Massacre.

The Bologna massacre was the bombing of the Bologna train station, perpetrated by far-right groups explicitly formed with the purpose of committing counter-attacks against the left. This bombing killed 85 and wounded more than 200.
In short, the strategy of the left was more akin to a Third World guerilla insurrection, while the right hoped to provoke the state into clamping down on the left through false flags and other large-scale acts of terrorism.

Some believe the United States is headed toward another Civil War, but the “Italian Years of Lead” might be the real future for America. Learn about 1960-1980s Italy, and how factions of the far-left, the far-right and the Italian government created a hotbed of assassination, shoot-outs and bombings at Ammo.com.