Give up your right to independent thought absolutely never, and it's okay if your thoughts are off or wrong sometimes, but own your shit either way.

Paranoia is routed in fear and emotions, and deserves no place within logic.

Yes, SOMETIMES facts (aka the truth), can be different for different people, especially when taking in the consideration that we're all coming from a different perspective with different life experiences that shape who we are and how we see the world.

If someone defames you based on the fact that you don't agree with them - fuck them. They're the one with the problem, and their world will grow smaller by the minute.

Also, might I just add that there are some out there that aren't as smart and good as they would like you to believe. Some are just full of shit, and some just screech louder than others. Some have the very best of intentions, but falter. Forgive all of them, but never give up ownership of your own mind.

We are not bees, and never will be - so let them jive their hives somewhere else. 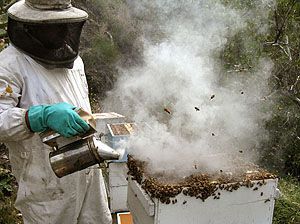