Popeye, the survivor | The story of the dog who stole my heart

tanianuc59
8 months ago
inHive Pets
A long time ago a wise man asked, Do you know why Life didn't gave dogs the chance to speak? The townsmen, without knowing what to respond, just shaked their head in denial. Dogs are not able to speak in order to show us that love, loyalty, and fidelity, can be showed without having to speak about them.


Anyone who's ever shared their Life with a dog, know or has wondered how such a small being, curry and sometimes bald like that the Mexican dog, the Xolozcuintle, are able to give so much love to us, and cheer up our days when we are down, sad or feeling bad. But, most of all, the question I always ask myself is, ¿why can't dogs live the same length as us? Haven't you wondered how amazing it would be, how big of a gift it would be to be able to live together with them for our whole life?

I'm very grateful with my mom and dad, because they raised me and my sister to respect and love all animals, espcially dogs. Many of you will understand what I'm talking about, but something that really bothers me and gets me angry is when somebody hurts a dog or when I see cars - in Mexico its very common to see dogs dead in the streets that got hit by cars - not stoping and sometimes even speeding harder to hit some dogs. I remember that once I fought with a friend, because we were in the car (he was driving), there was a dog in the middle of the street and he did not stop, I waited for him to be closer, with the idea that he would brake and when I saw that he did not do it and the terrified dog got up and ran to the sidewalk, I asked him why he did not stop and angry because he raised his voice, he replied: "They are dogs, when they see a car approaching, they take off." I do not know about you, but here in Mexico I have seen many dogs run over on the highway, on the periphery and sometimes on the street, so the only thing I answered was: -if they were to go away, there would be no dogs run over. But hey there are some people who are not in tune with you and sometimes it is impossible to dialogue.

About four years ago, I went for a run with my mother and a block from my house, I found a very skinny dog, all the bones were marked. I remember that my mother was running a little behind me and I came back to tell her that she was going to go home for croquettes to give her. When I returned with the croquettes, I approached him and saw that he was blind, I became very sad and I began to cry, my mother angry because she already had to work, she yelled at me a few meters away so that we could leave and when she saw that we did not He turned around, approached me and saw me crying, I told him that the dog was blind and he told me that we should go home because if not, he would not get to work and that he would return with my sister by car because of the dog I knew from that short answer from my mom that she would let me adopt him. When I got home, I told my sister what had happened and after 5 minutes we left the house to go get him. When we arrived, I approached Popeye and he began to bark very fearful, then what I did was to start talking to him in a calm and very low voice so that he would calm down and approach me, because being blind, I did not know what was happening and more if he had been mistreated by other people. Little by little he approached me and when he was by my side, I loaded him up and got him into the car. We took him to the vet to be bathed, dewormed, put on flea medicine and checked on his blindness. Ugalde, who is our family veterinarian, told us that the cough he had was a consequence of the distemper he had at some point and that the cause of his blindness had been due to a strong blow to the head or because of a tumor. But what he believed the most was that he was a tumor, because he had very clear blue eyes, like river water and from one you could see a white ball. 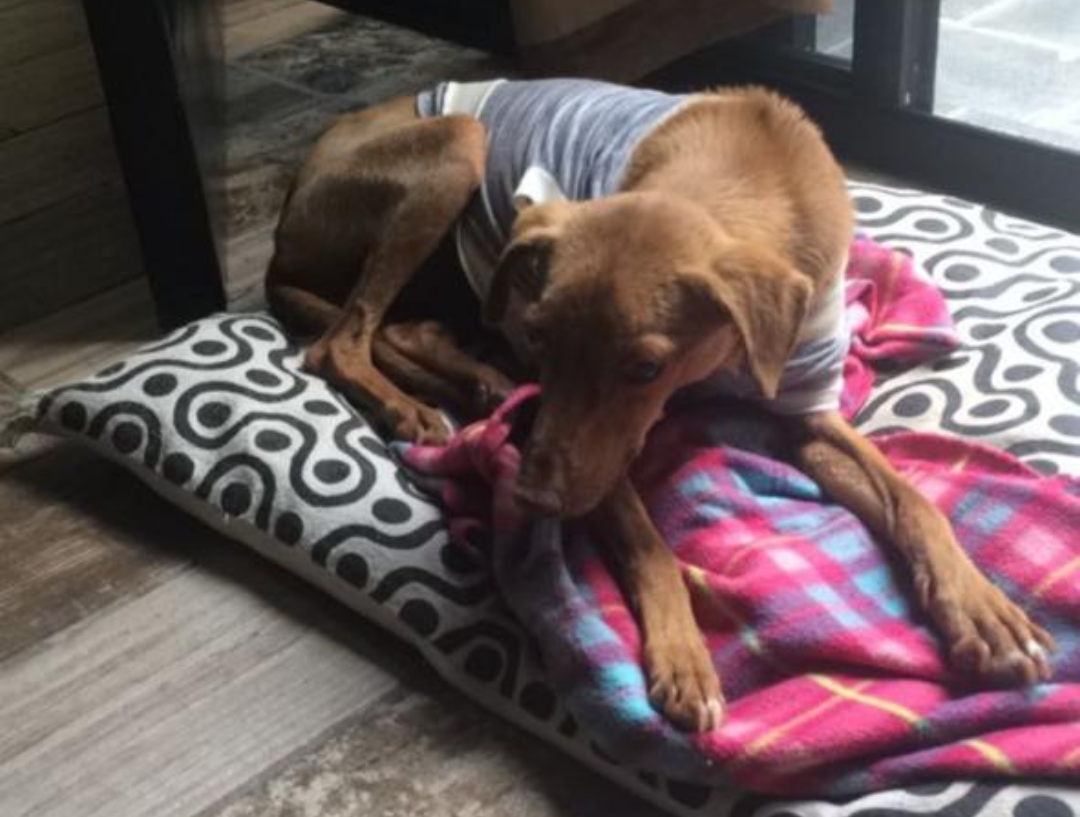 Popeye was part of our canine pack for two years.
He was a very sweet and affectionate dog, at first I will not deny that he was very fearful, but I do not blame him, I cannot imagine all the things that he lived the time he was on the street. As the days went by, when he arrived at my house, he ran out to the gate that overlooks my parking lot and excitedly wagged his tail and waited for him to come in to be pampered.

My mom wouldn't let me put him in the house for a long time because she would pee everywhere, so at times she would come in and she loved to get on the couch in the living room and lie there. It was very funny because due to the consequences of the distemper he had a very hoarse cough and it looked like that of a human, so some days I forgot to take it out (he lived in the laundry room where he had his bed and the patio that overlooks the parking lot), I heard the cough and I was very scared because I thought there was someone, I went down to see who had entered my house and Popeye was lying in the living room. 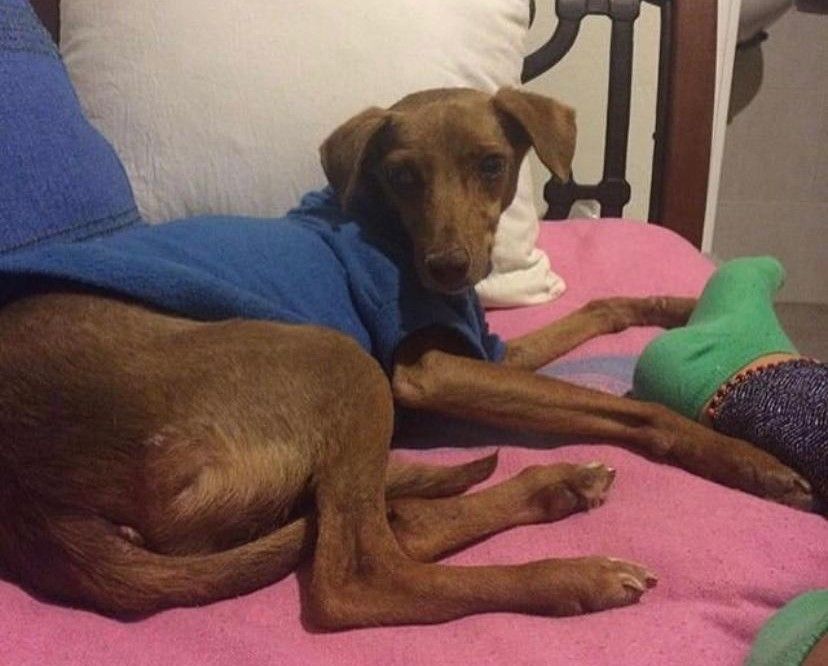 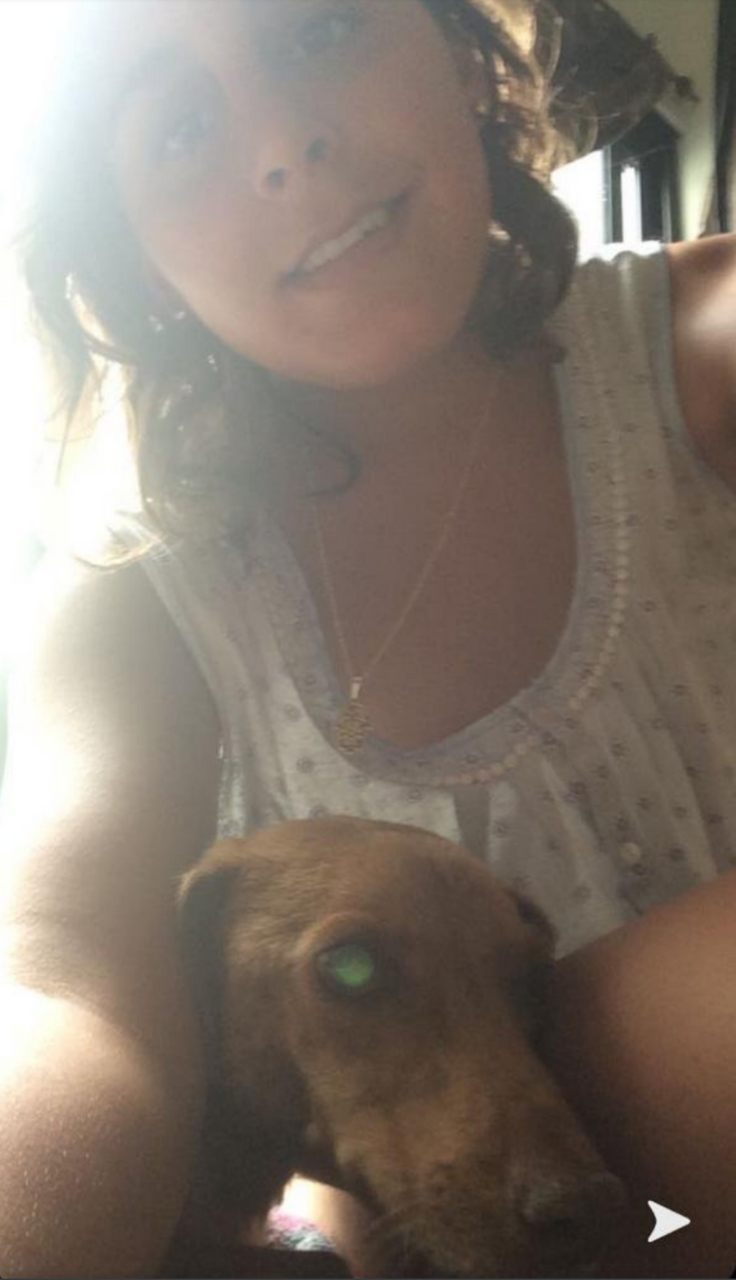 Popeye was part of our canine pack for three years. One day I woke up and had several missed calls from my parents, when I dialed them, they told me that they had to put Popeye to sleep because he was convulsing because of the tumor, hitting his head on the floor and it was a long time without it coming off him. They told me it was a horrible scene, because when he was hitting the floor, he was drawing a lot of blood and when carrying him he calmed down. I knew that at some point this would happen because Ugalde had told me that the tumor was inoperable and at some point it was going to hurt.

The only thing that makes me happy is that the last three years of his life, he lived with a family that loved him, he was happy, loved and eating a lot of sweet bread.

Through friends, friends, family and my own experience, sleeping with a dog so that it no longer continues to suffer, with which you were lucky enough to be by its side for years, is one of the worst pains you go through in your life. Finally, you are making the decision to take the life of a small living being that you came to love more than many things and people in the world, but that great decision is made for him and not for yourself. It makes me very selfish that people don't put them to sleep because they don't want to mourn and the poor animal hurts everything. When necessary you have to let go, even if it hurts.

"Every night, without exception, my dad, coming home from work at night, would bring Popeye his favorite sweet bread."

And this is the story of Popeye, the dog who, despite having a hard history, was happy and knew both how to love and let him be loved.

This is my entry for the Contest "Stories of our little angels", you should check it out because there are amazing entries!

This is my entry for the Contest "Stories of our little angels", you should check it out because there are amazing entries!