Water quality is an issue of great importance, as it is directly related to the health of the population, the development of nations and the conditions of ecosystems. Depending on the use for which it is intended will depend on the requirements it must have and is determined by the physical, chemical and biological characteristics it presents.

Natural waters, for example, can present variable quantities of dissolved ions, among them the sulfate ion (SO4-2). High levels of sulfates are responsible for accelerating the corrosion of metals, especially in distribution pipes and in wastewater treatment plants, and also generate bad odors in surface waters as a result of the reduction of sulfates to hydrogen sulfide under anaerobic conditions. Its affectation in people is related to the ingestion of water with a high concentration of sulfates, having a laxative effect after ingesting water with more than 100 mg/L of sodium or magnesium sulfates, having as a secondary effect dehydration as a result of diarrhea. Therefore, its determination is of utmost importance within the routine analysis of water to establish its quality. 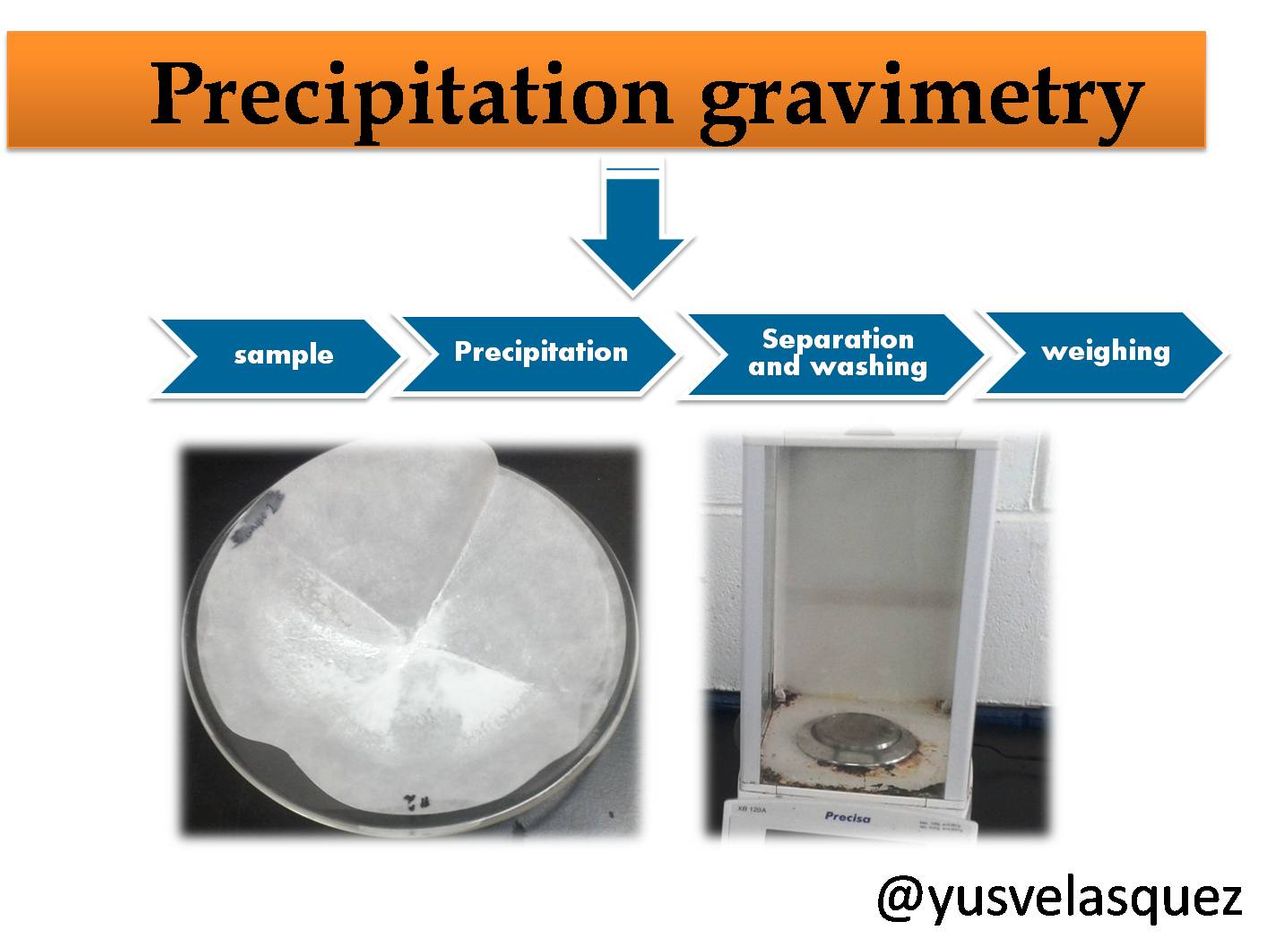 Sources of sulfate in water

During its cycle, water can pass through rocky surface or subway areas with a high presence of sulfate minerals, such as gypsum rocks. As it passes through, it dissolves and drags these minerals, accumulating in an aquifer or surface reservoir. It is therefore not uncommon to find high concentrations of sulfates when analyzing well water, which sometimes prevents its use as drinking water.

The other way of getting sulfate ions in water is related to the emission of sulfur dioxide into the environment from human activities, especially those derived from the combustion of fossil fuels. Sulfur dioxide (SO2) that reaches the atmosphere combines with the moisture in the air to form sulfuric acid (H2SO4), which, when precipitated to the surface by rainfall, reacts with carbonate or silicate rocks, giving rise to sulfation of the carbonates (CaSO4). This process decomposes the rocks, so that the gypsum sculptures exposed to the environment suffer great deterioration due to the so-called acid rain.

Another way is through the discharge of industrial wastewater into surface reservoirs. Especially the discharges of mining and metallurgical industries, these waters of acid characteristics usually have a high concentration of sulfates and metals. In the chemical industry, sulfate compounds are a very common raw material, especially in the fertilizer and pesticide industry, so it is not unusual for large quantities of these compounds to be eliminated in their discharges.

Several methods can be used for the determination of sulfates. These include gravimetric, volumetric and nephelometric methods. In this case we will focus specifically on the gravimetric method.

Gravimetric analysis is based on the measurement of the mass of a substance of known composition that is chemically related to the analyte (the chemical species to be determined). This analysis technique includes precipitation, volatilization and electrodeposition methods. In this post we will refer to the application of the precipitation gravimetric method for the determination of the sulfate ion concentration in a sample of problem water.

Principle of the method: The method consists of reacting the analyte present in the sample, in this case SO4-2 with barium chloride (BaCl2). The precipitation reaction is as shown below.

The precipitation is carried out in a hot solution acidified with hydrochloric acid (HCl), after a digestion period where the solution is left to stand, the barium sulfate precipitate product of the reaction, which forms as a crystalline precipitate, is collected on a suitable filter, washed with sufficient water to remove the chloride ions, then dried in the oven and weighed. From the mass of barium sulfate BaSO4 the amount of sulfate present in the original sample is calculated.

A sample of 300 mL is taken in a large beaker, then a few drops of methyl red indicator are added and the pH is adjusted to between 4.5-5.0 by adding a few drops of HCl, until the color change of the solution is observed. 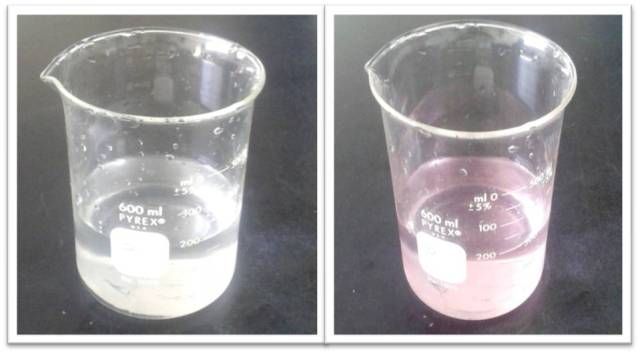 Figure 2: Color change of the water sample after the addition of the indicator for pH adjustment. Source: @yusvelasquez

Take a 250 mL beaker and pour 50 mL of the previously prepared sample, then heat it over a heating plate until approximately 90 °C (preferably until the walls of the beaker become cloudy; if using a thermometer, try to rinse the tip with water before removing it completely from the beaker to avoid extracting part of the solution). Although boiling the solution should be avoided, as it is possible to lose some of the solution by splashing; it is necessary to keep the solution at an elevated temperature to facilitate the formation of large filterable particles and to minimize co-precipitation of foreign ions. 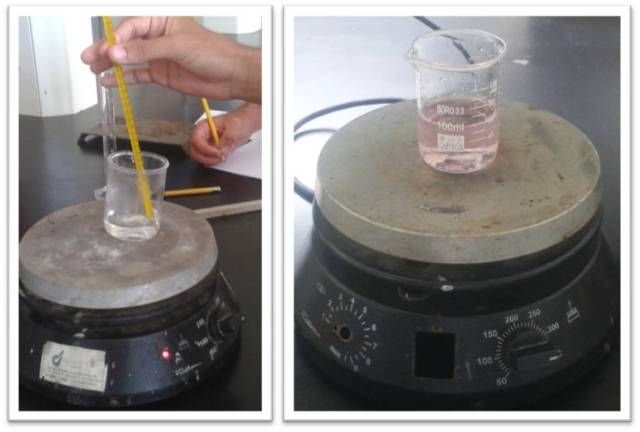 Figure 3: Heating of the sample to carry out precipitation.Source: @yusvelasquez 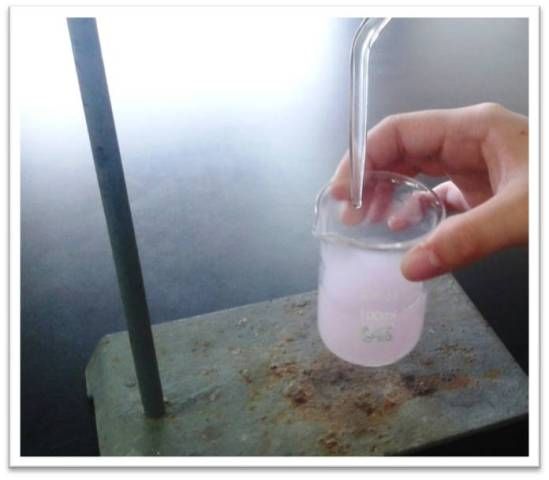 Then add a few drops of barium chloride without stirring, and if it is verified that there is more precipitate formation suspended in the solution, in that case continue with the addition of BaCl2. Otherwise to add 2 mL in excess. The beaker is covered and the precipitate is taken to digest in the oven between 80-90ºC, for 30 minutes. 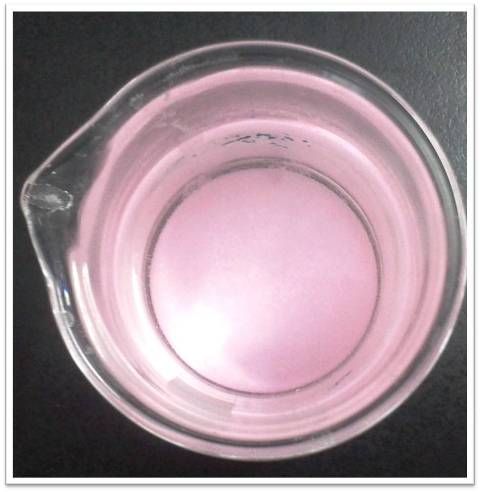 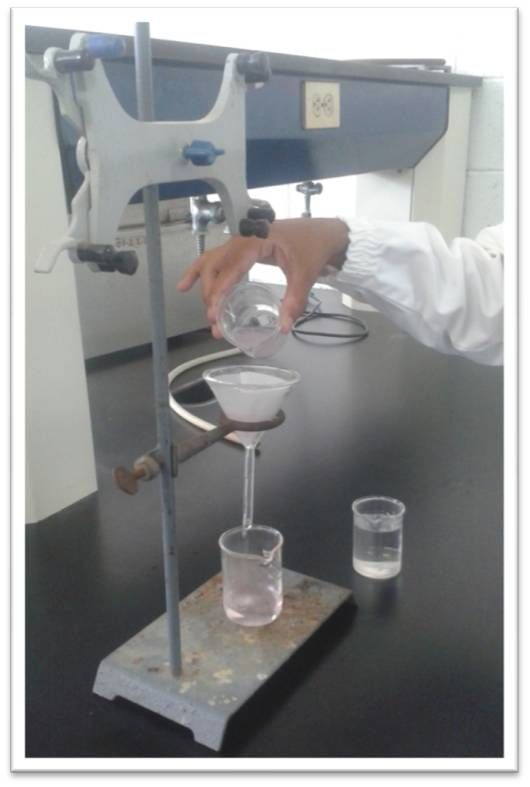 Figure 6: Washing and separation of the barium chloride precipitate.Source: @yusvelasquez 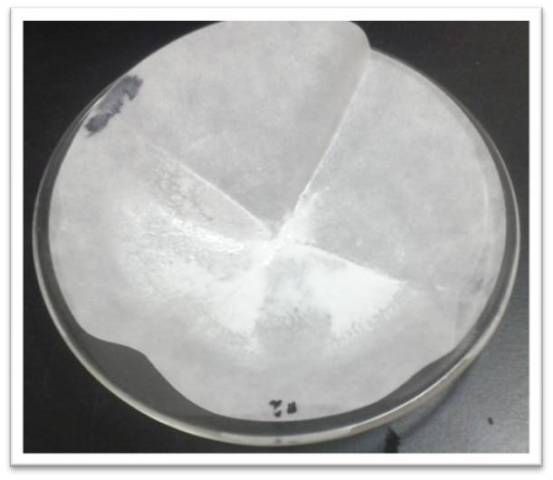 Once the weight of the precipitate is known, the amount of sulfate ions initially contained in the sample can be determined by following the stoichiometry of the reaction and using the gravimetric factor, as follows:

Some factors have to be taken into account when performing the method. For example, the variation of acidity, temperature, form of precipitant addition and digestion time significantly affect the formation of the precipitate and its subsequent filtration. On the other hand, foreign anions such as nitrate, chlorate and chloride can coprecipitate as their barium salts. The coprecipitation of chloride can be decreased by slow addition of the precipitant, and since nitrate and chlorate interfere even at low concentrations, they must be detected and, if necessary, removed from the solution before precipitation is carried out.

Other interferences are suspended solids and organic matter present in the sample, especially when analyzing wastewater samples. These can be removed by filtration prior to sulfate analysis.

The gravimetric method is reliable and very accurate for the detection of sulfates in concentrations as low as 10 ppm, and one of the most widely applied in chemical analysis laboratories in the characterization of problem water samples. It also serves as a reference for students of analytical chemistry who need to consult the procedure.

So far this post, I hope that the information presented is useful, remember that to obtain a reliable result it is required to apply the appropriate analytical technique.

APHA-AWWA-WEF (2005). Standard Methods for the Examination of Water and Wastewater.