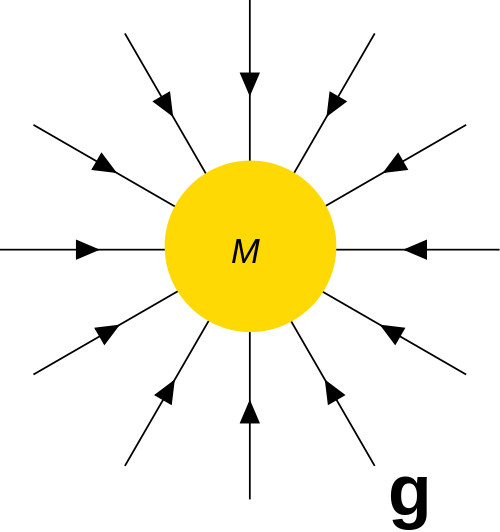 In this article we will continue with Physics, and more specifically the branch of "Classical Mechanics". Today's article is part two of Exercises on Newtonian Gravity. Part 1 can be found here.

The following formulas will be very useful for solving Problems around Gravity.

Weight or Force of Gravity

Let's start by calculating the Gravitational Acceleration g of the two-dimensional gravity problem that we solved during Part 1.

Thus, the Gravitational acceleration g at the point where mA is in the field of the three other masses is:

Gravitational Field on the Axis of a Ring (based on Ref1)

Let's consider the following gravitational field along the axis of a uniform ring: 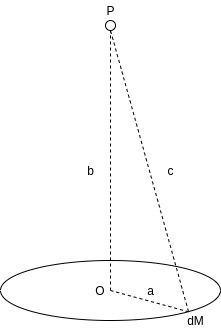 The ring has a mass of M and a radius of a, and the points P are taken at a distance b along the axis of the ring. At the center of the ring the Gravitational field of course has a strengh of zero.

Let's find the maximum strength of the Gravitational Field along the axis of the ring in respect to the distance from the center O.

In order to calculate the field of a ring, the ring has to be split into small masses dM, whose fields can then be summed up together.

The distance towards each of those small masses is equal to c, which can be easily calculated using Pythagoras's Theorem:

The total gravitational field strengh dg of each of those masses dM is:

Because each field dg points towards another direction a split of each vector into two components is necessary.

Doing that its easy to notice that there is another mass dM' that cancels out one of the components completely, which is something that happens for all masses dM: 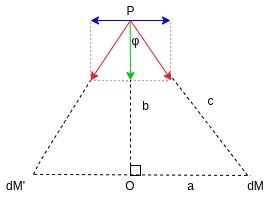 Thus, only the component parallel to the axis of the ring will contribute towards the field strength.

Using the trigonometric function of cosinus, this component is defined as: 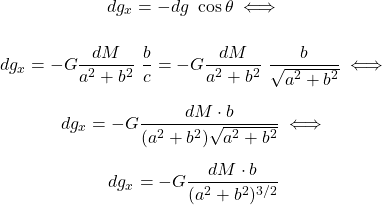 Summing up the contributions of all those small masses dM, the total gravitational field g along the axis of the ring is calculated to be:

The maximum value is reached at the point(s) where the derivative of g, g', is zero.

The derivative is equal to:

The nominator is zero when:

Therefore, the maximum value is at a distance of b = a / √2, which gives us a field strength of:

The plot of the gravity field strength g in respect to the distance b, supposing that G = M = a = 1, looks as following: 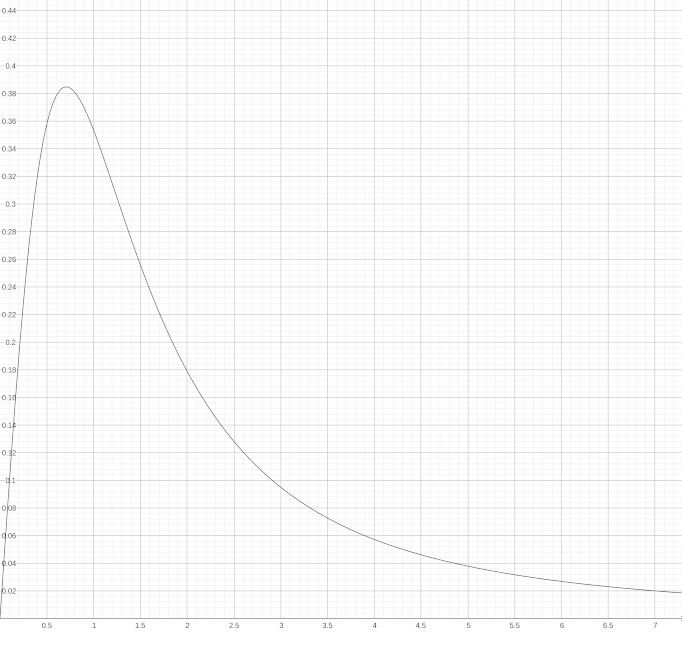 Speed of a Rollercoaster (Inversed Example 2 of Reference 2)

Consider a rollercoaster starts going down from an unknown height h and reaches a final speed of v = 25 m / s.

The mass is cancelled out and the rest is known and thus the initial height h is:

Next time we will get into a Physics explanation of the circular motion of Satellites...