Today we continue with my mathematics series about Signals and Systems in order to cover System Representation in Discrete-Time using Difference Equations.

Setting the first sum equal to zero, and replacing y by some homogeneous response yh, its easy to specify an homogeneous equation:

The homogeneous solution will be of the following exponential form:

which results into the following homogeneous equation:

The equation can be simplified to:

with the following N roots: z1, z2, ..., zN, which give us the homogeneous solution:

The homogeneous solution can be used in order to calculate the solution of the difference equation when combined with a particular solution:

In addition, N auxiliary conditions are also needed, such as the values of y for no = 0:

In Linear systems the initial conditions are mostly taken at 0. When speaking of Causal LTI systems, the initial rest is:

Assuming causality, when given:

As the initial, at rest solution is known from the auxiliary conditions, the solution is calculated from: 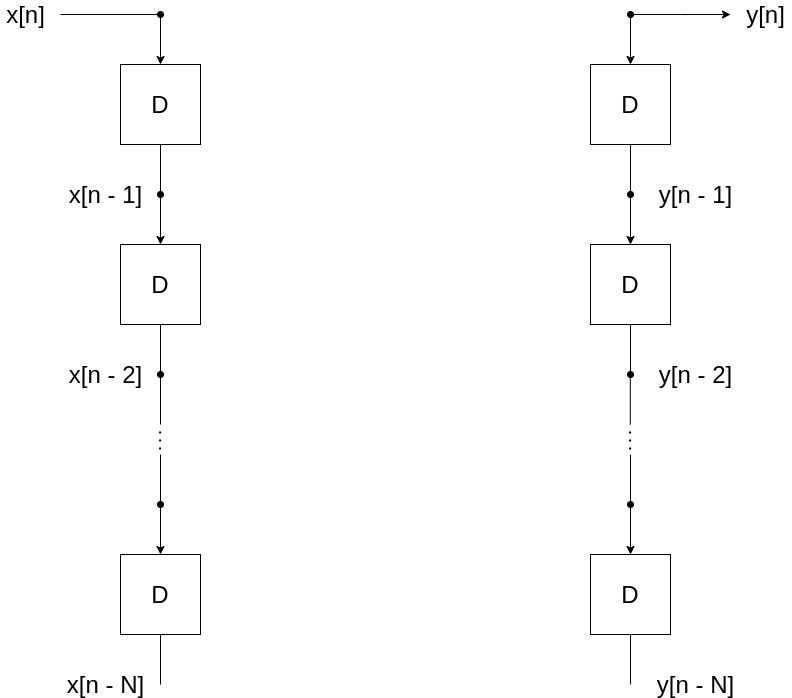 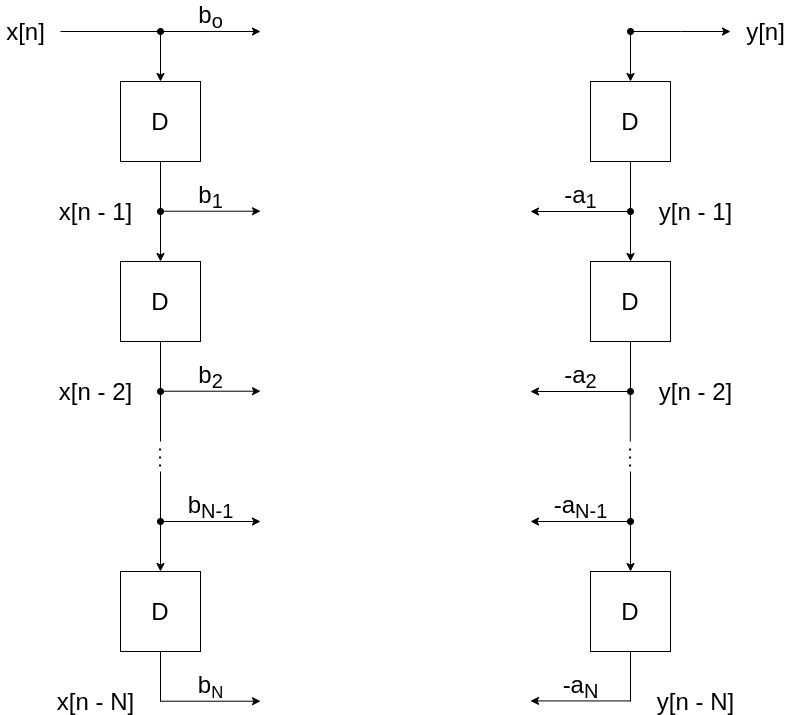 Now that each part of the sums is known, let's also calculate those sums, which is as simple as: 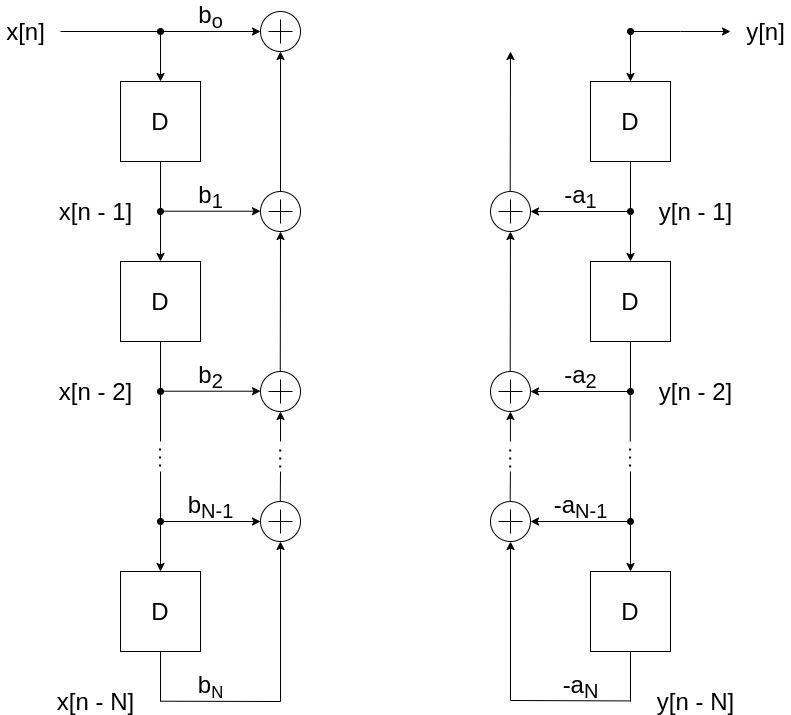 If we also multiply by 1/ao, we end up with a complete block diagram, known as the Direct Form I implementation: 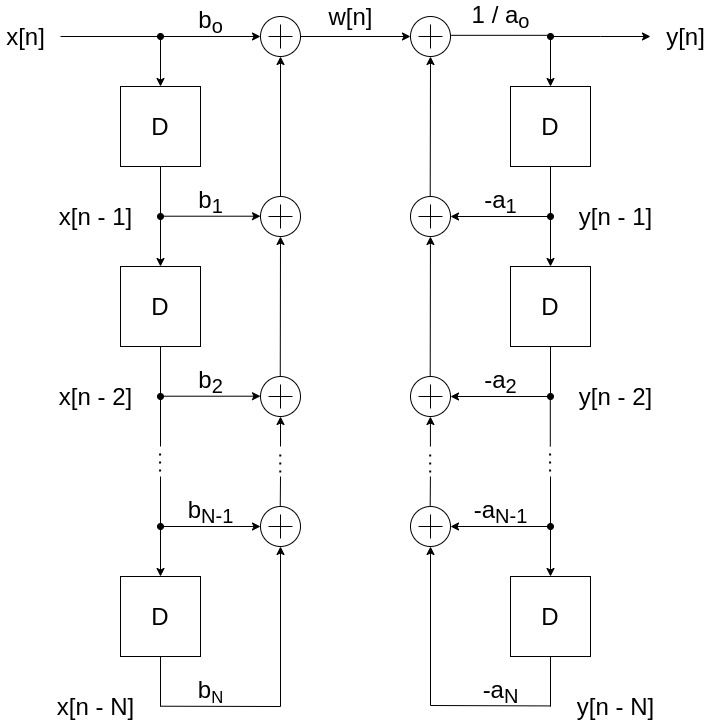 Due to the properties of LTI systems, its also possible to cascade these two segments in the opposite order. By also removing the x[n-k] and y[n-k] notations, as the coefficients suffice, we end up with the following interchanged block diagram: 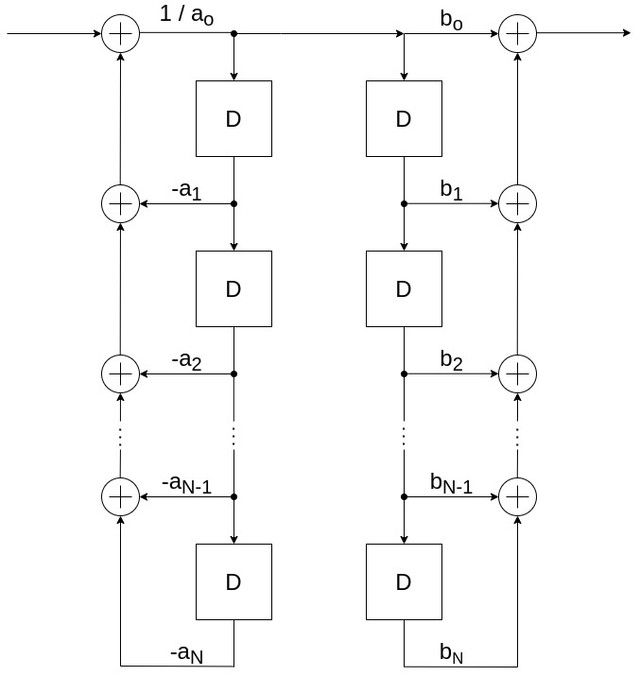 Its also possible to make the block diagram even more compact by combining the two chains of delays. The resulting representation is known as the Direct Form II Implementation, which is visualized as follows: 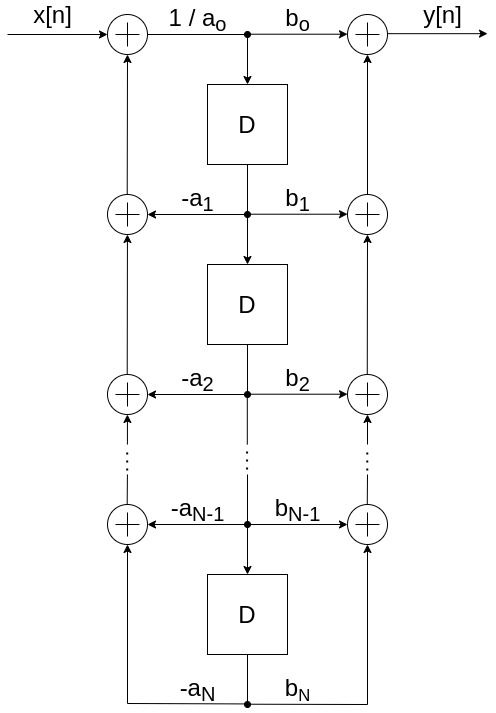 Next time we will cover representation in Continuous-Time, which is done using Differential Equations...