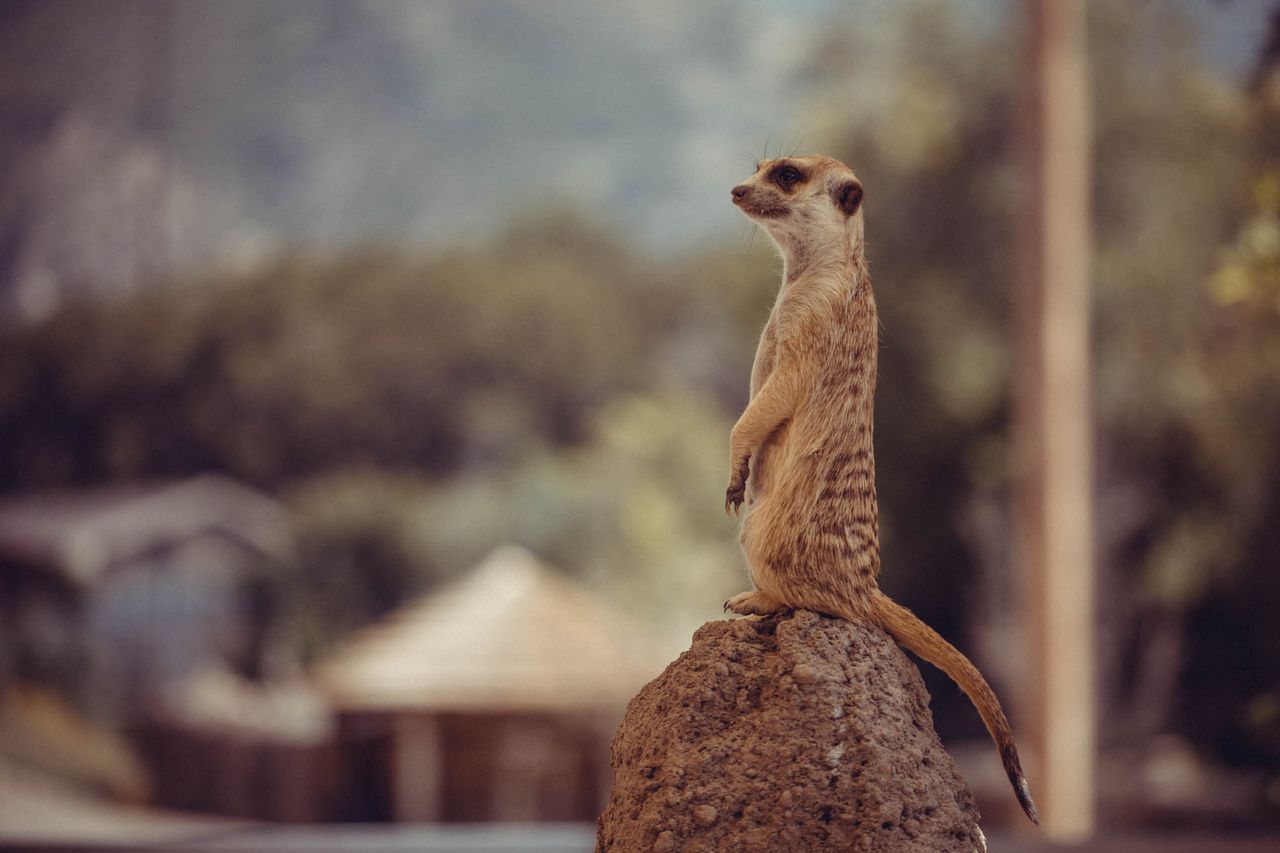 I have watched some episodes of Meerkat Manor and fell in love with these little goofballs. They always have such a confusing look on their faces and are always on the lookout. 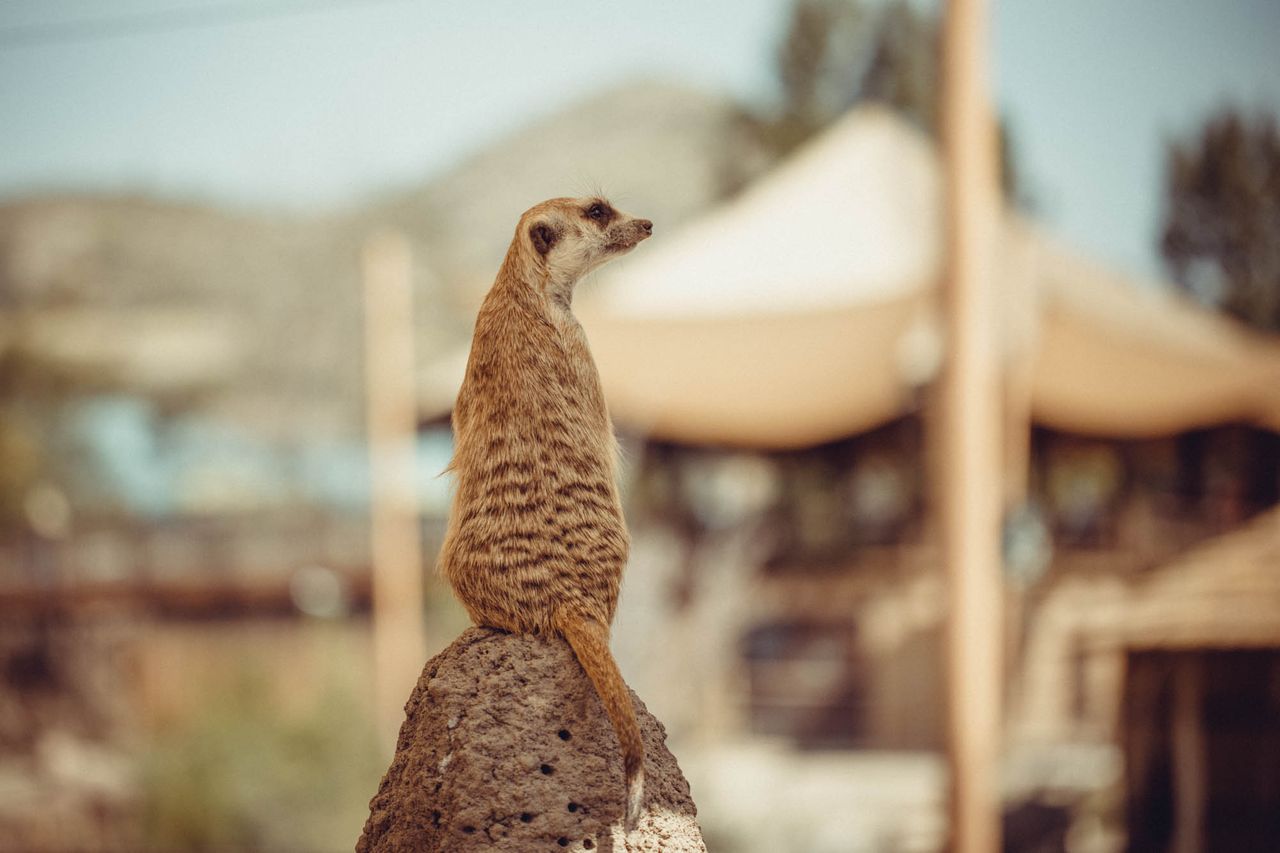 This one looks like he has a severe overbite and if he could talk, he would probably have a lisp. I wonder what the meerkats at a zoo think about and if they know that there are no predators that they need to worry about. 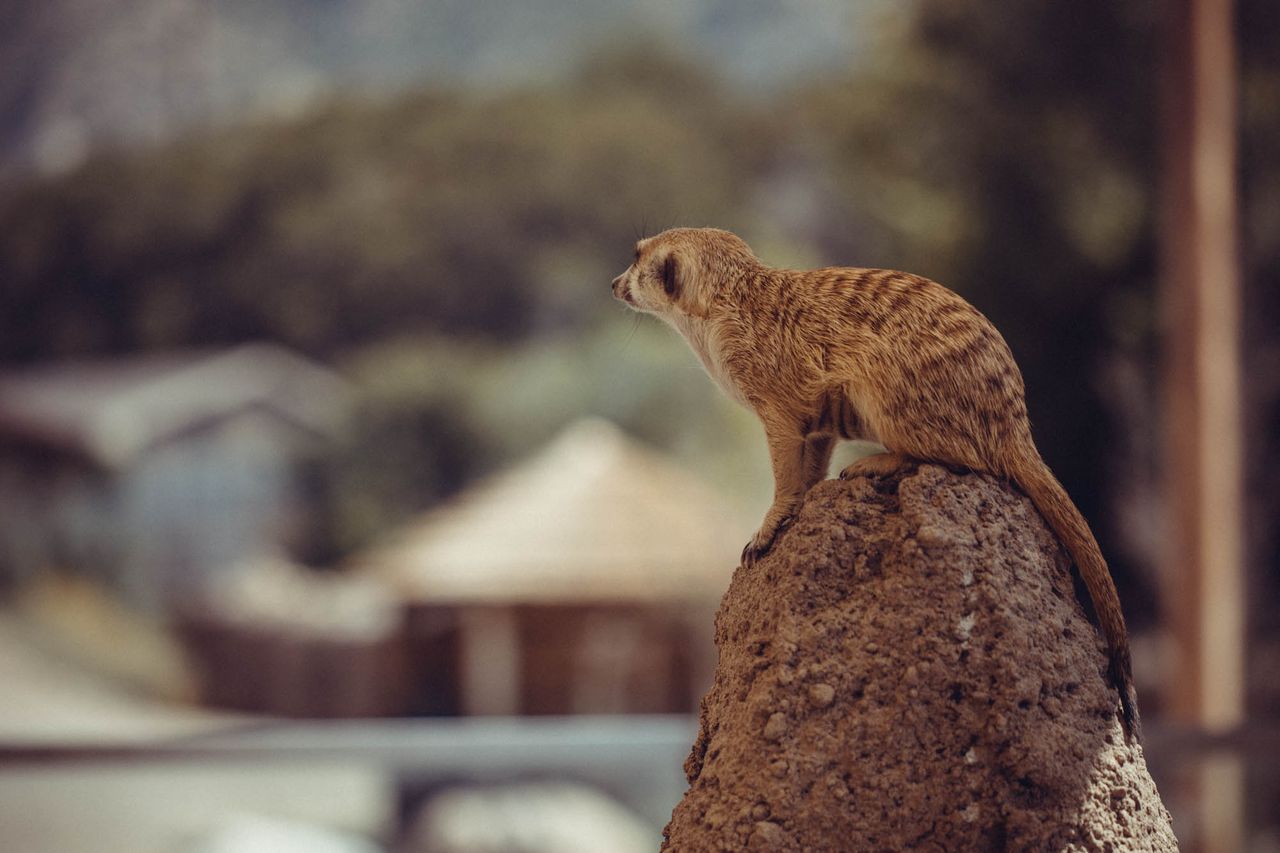 Even though they are completely safe, they still have at least one of them on the lookout for anything bad that can harm their little colony. 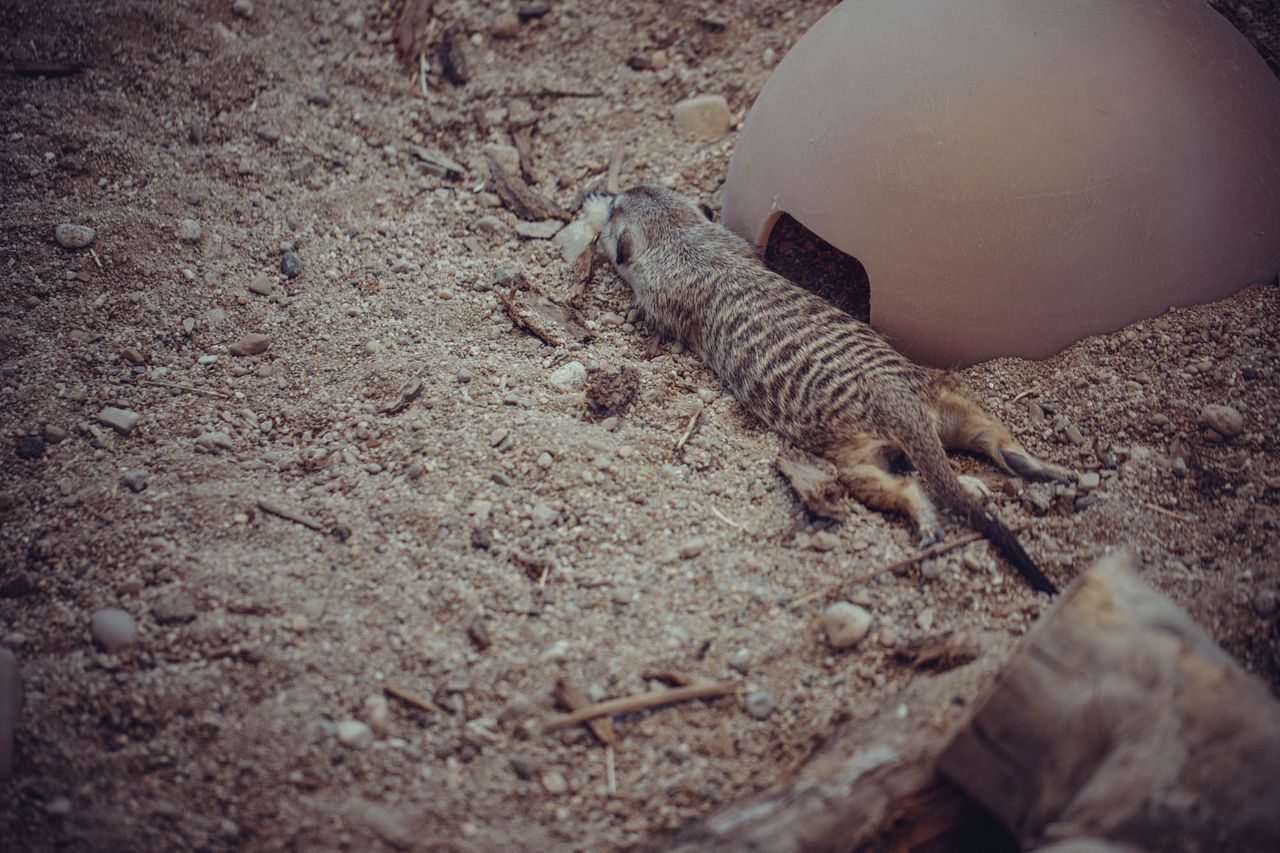 They have lookouts so the rest of them can sleep like this. I thought it was pretty funny to see them laying around like this because that is exactly how Dusty and Keiichi nap around the house. 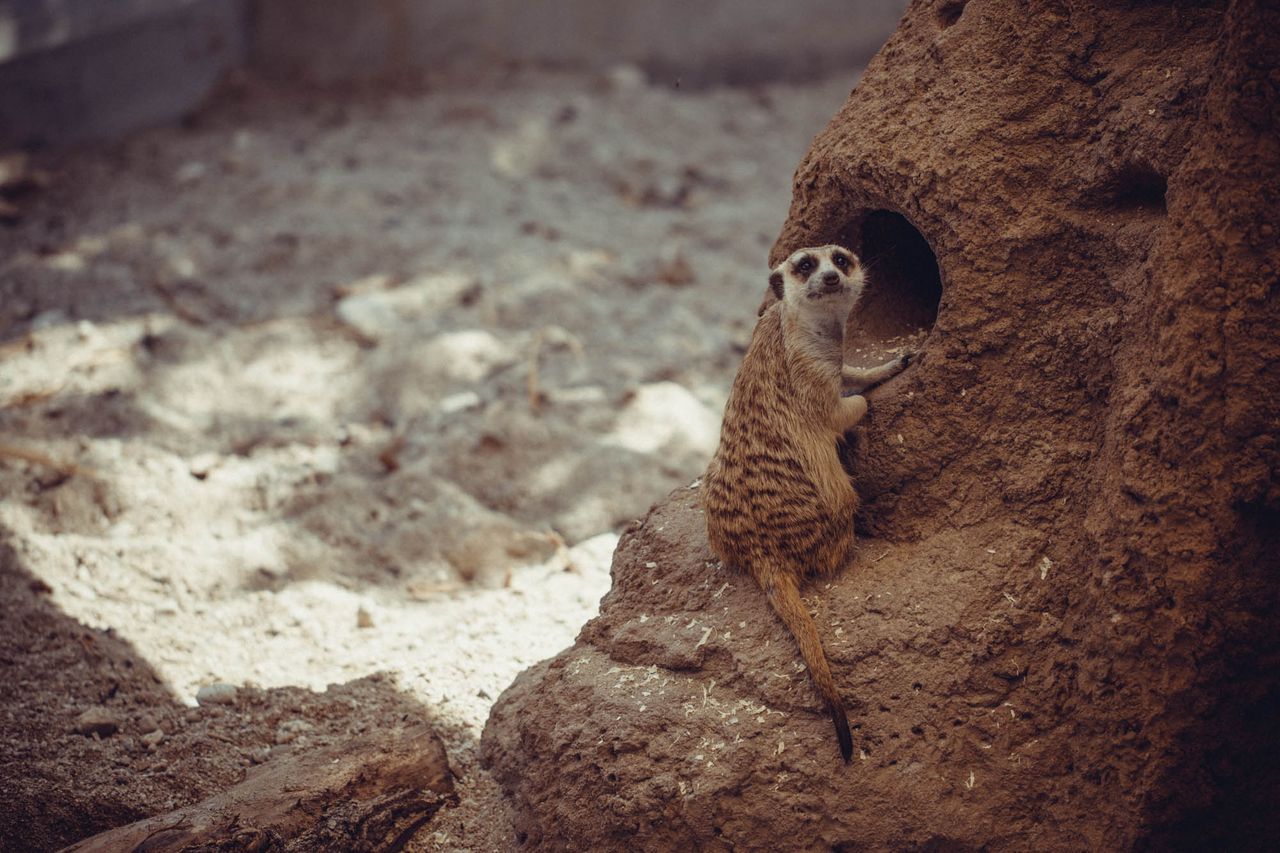 This one looks like he is sick of being there in the zoo and wanted to come home with me. Just look at those sad eyes. It sucks seeing these animals in captivity. But at least they are safe and being well taken care of there.