It’s raining outside. Looks like it will remain all day long. I woke up late today as the weather was extremely peaceful. I didn’t want to unfold my eyes. But what else to do, can’t stay like this all day and have to go back to regular life. It’s almost noon but the sun is not visible for the clouds. It’s like, hide and seek is going on. I was sitting by the window enjoying the view. I felt like going out instead of being at home. It wasn’t raining outside then. But seeing the condition of the road, it seemed that I was coming back home. The road in front of my house was flooded. But what else can be done, we came out by ignoring all shits. It seems good to ride a rickshaw on a rainy day. There is no dust around. I was just enjoying and enjoying….. In the meantime feels like we should have our lunch. I was really hungry. 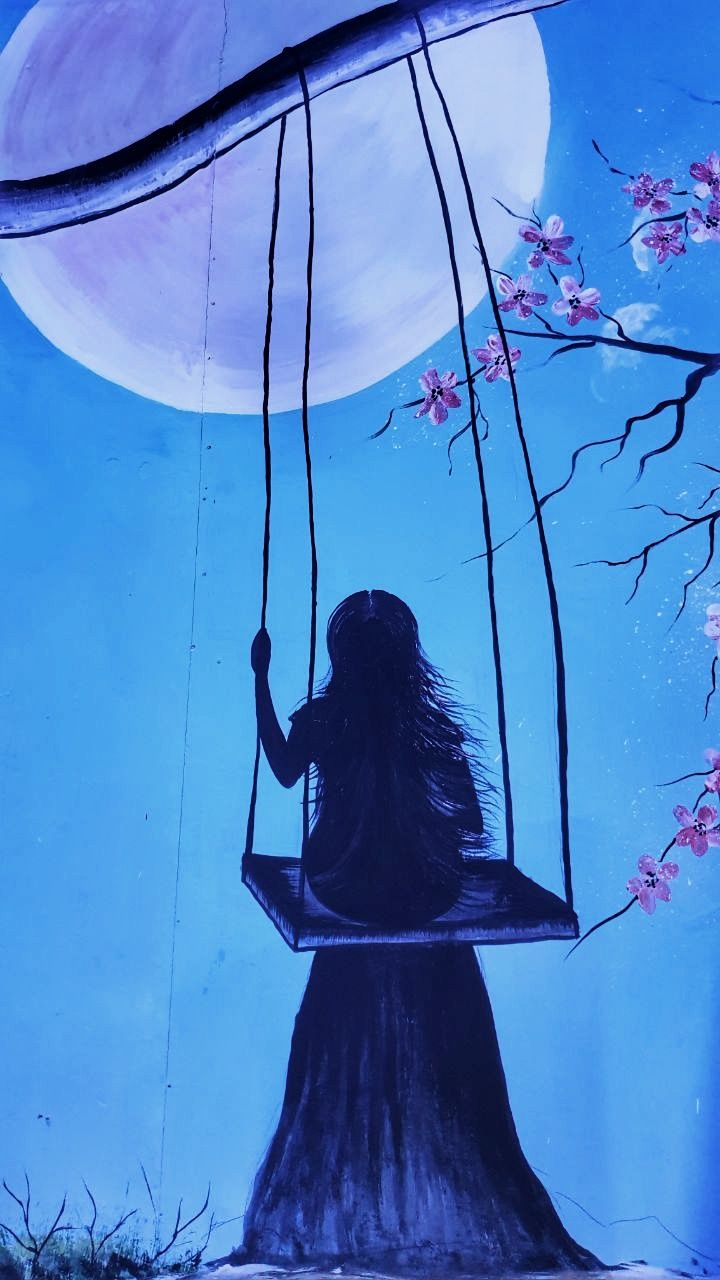 Suddenly after that, we noticed a newly inaugurated restaurant. So we decided to check it out. We went inside and the interior was amazing. Feels like a midnight theme with a dream catcher. They used orchid kinda flower to formulate the interior more unique. In fact, there was a wall paint like a fairy tale. I captured some of those. 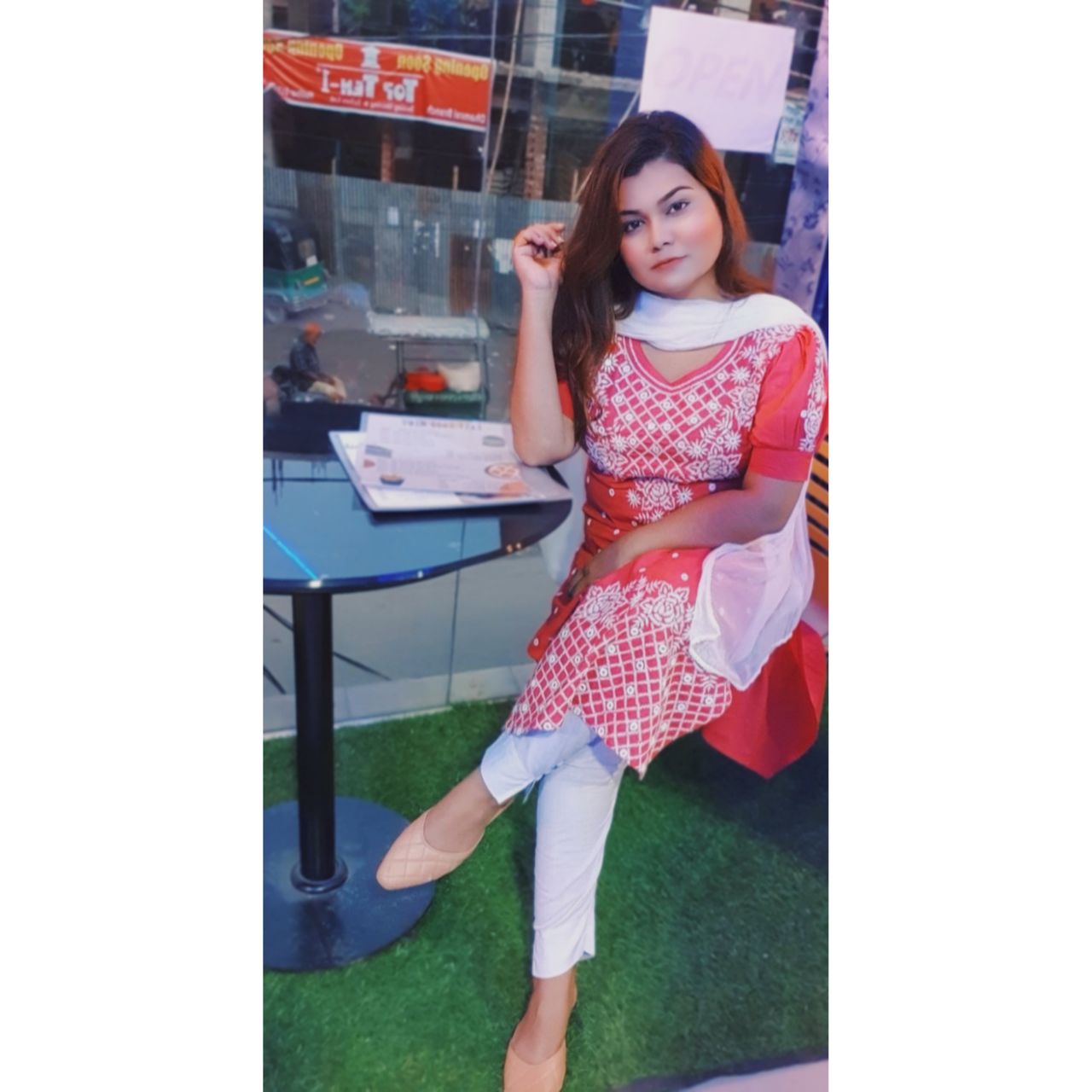 It was just beside the road so lots of noise coming from outside. Then we ordered our lunch and they took a lot of time serving the food. It was really disappointing. There was not much crowd so there was no reason for them to be late. 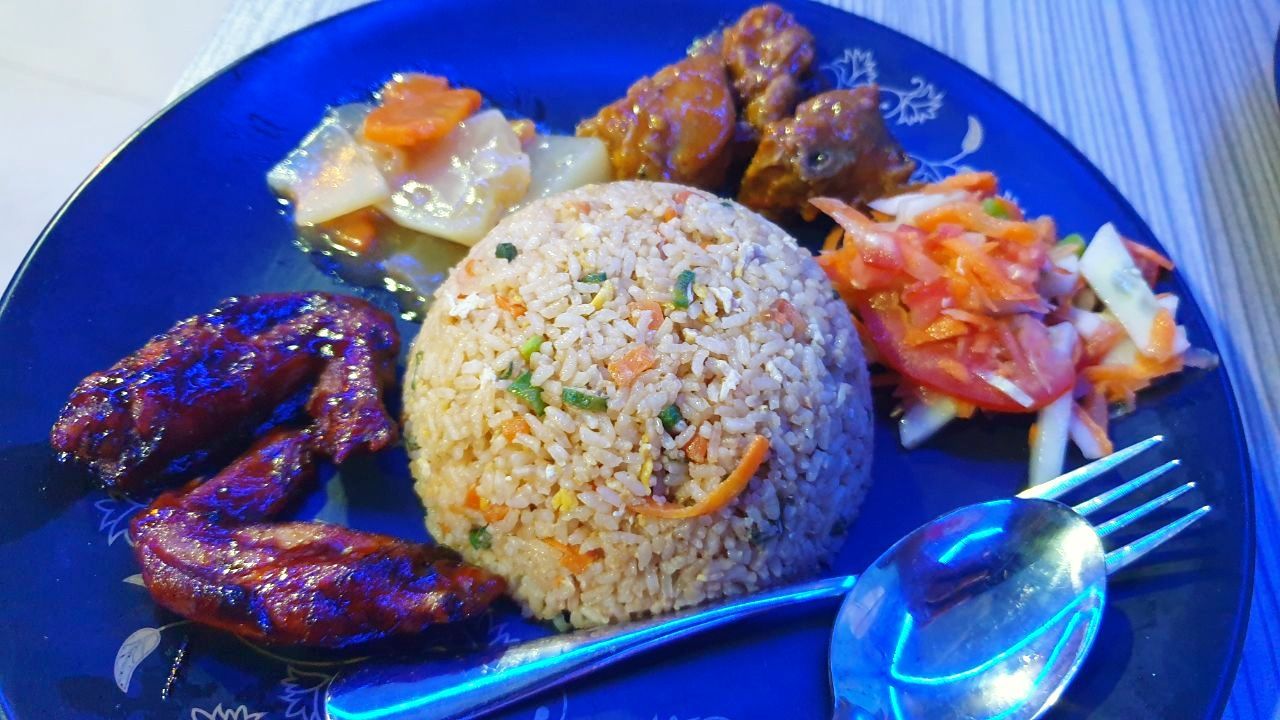 This was my platter consisting of Mexican fried rice, chicken masala, hot chicken wings, mixed vegetable and salad. The amount was quite good. It feels like fried rice was tasty but veggie was extremely sticky and I don’t like the taste. On the other hand, Masala chicken was so so but chicken wings were so good in taste that I felt convinced to come again later.

Last but not the least I ordered chocolate ice cream as dessert. It was absolutely yummy. Ice cream is my lifesaver. I just love to have it in any way. It was creamy and chocolaty in flavour and melts my heart. The fatigue of the whole day seemed to go away in an instant.