Wookie is about 4 months old now and growing well, his fur has lost the orange tint and he had his first vaccinations. Next week, he and I will both go for our second round of shots although I'm not getting mine at the vet 😁 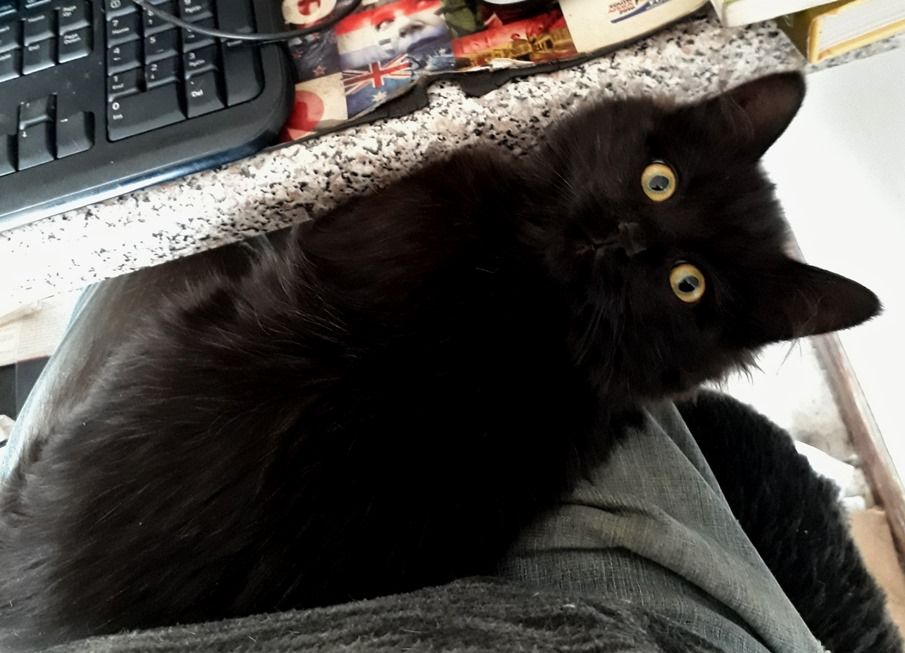 I kept him in my room for the first three weeks, with very little contact with the others, which was a good thing: apart from his Cheyletiella mites he also had persistently soft stools. Not quite diarrhoea but not normal either. The vet gave me a five-day course of antiparasite medication, for suspected giardia infection and that finally made his guts normal. All of these pests are quite contagious so I started introducing him to the outside world once we had that under control.

Contact started with a lot of hissing and growling, as expected but then one night, he and Peanut and Katia started chasing each other around outside and I let them slowly get used to each other and increased the playtimes. Peanut did try and beat him up in the early days, that's why supervised contact is important. Now, it's constant wrestlemania with these two little guys. Wookie is half Peanut's size but he loves chasing him around and wrestling, which usually ends with childish shrieking as Peanut chews him up. When he's released, of course he goes straight back for more. Wookie is black but has a grey tail for some reason

Peanuts finally has a taste of his own medicine, from the time when he pestered his uncles mercilessly. He and Wookie play nonstop now and take great pleasure in wrecking the plants. Toffee doesn't mind Wookie although Yoda isn't than keen. He doesn't fight with him though so integration into the rest of the tribe is pretty much complete. I have some new tenants in my cottage who are animal lovers and their son has helped a lot with teaching Wookie to be less afraid of people. He's much more confident and outgoing, more than I hoped possible. Peanut remains nervous of humans but luckily Wookie won't be the same