HAVE YOU SPOKEN WITH YOUR FATHER? 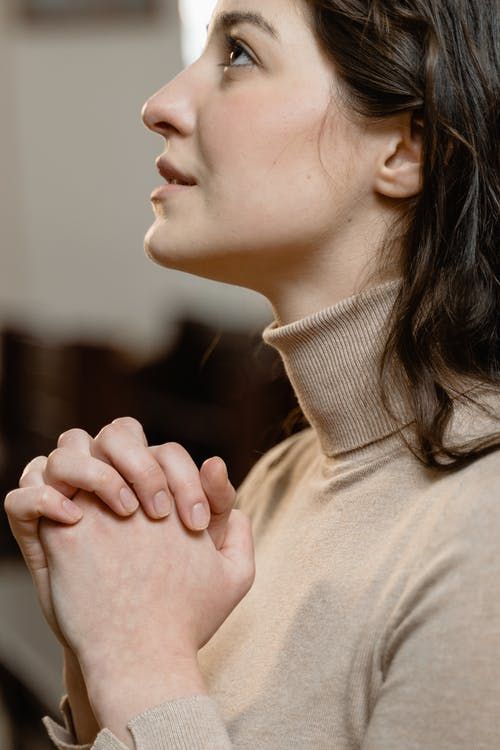 Believers do solicit for prayers from their pastors, relatives and friends. Such act is not particularly unhealthy as examples of believers soliciting for prayers from other believers abound in scriptures. Even the apostle responsible for the writing of about 48 percent of the books of the new testament, and the person responsible for scripting most of the ecclisiological books (letters to the church) of the Bible, I am talking of Apostle Paul, in more than one instance unequivocally request that he be prayed for.

Ephesians 6:18-19
[18]Praying always with all prayer and supplication in the Spirit, and watching thereunto with all perseverance and supplication for all saints;
[19]And for me, that utterance may be given unto me, that I may open my mouth boldly, to make known the mystery of the gospel,

Colossians 4:3
[3]Withal praying also for us, that God would open unto us a door of utterance, to speak the mystery of Christ, for which I am also in bonds:

Paul clearly asked that he and his companions in the ministry be prayed for.

Also we have instances in scriptures where the early church (a body of believers) prayed for their members and leaders who were in distress.

Acts 12:5
[5]Peter therefore was kept in prison: but prayer was made without ceasing of the church unto God for him.

Clearly the church ceaselessly prayed for a member that was in trouble.

So the practice of asking that you be prayed for is not in anyway wrong, and as believer don't wait until you're told, yield to the spirit inspired instruction today as you pray for your friends, fellow believers and your church leaders.

The significance and importance of this is a story for another.

while it is healthy to be prayed for, it's however an unhealthy practice to substitute that for praying by yourself.
Don't go like;

"since I have asked that person to pray for me and the person is doing it, I don't have to do it myself."

Such thought is not only unhealthy but an offshoot of wrong notions held about the very art and acts of prayers.

Some of us don't understand prayers beyond the mere fact that we do get our needs met by God when we pray.

It's true that God grants our request when we pray, especially when it's within his ability to do so, that's basic, but prayer on its own weighs much more than that.

It's first of all a communion or a fellowship with God.

It's the very act of communing or fellowshiping with God who is our father.

A peep into what it means to commune will daze you in positive way.

The above meaning, though labelled obsolete in some English dictionaries, depicts the Greek word koinōnia, which the word communion or to commune was interpreted from in the king James Version of the Bible.

You should know this:

Being a believer is tantamount to being a child of God.

[12]But as many as received him, to them gave he power to become the sons of God, even to them that believe on his name: (kjv)

[1]Whosoever believeth that Jesus is the Christ is born of God: and every one that loveth him that begat loveth him also that is begotten of him.

When we believed in Christ we weren't just saved. Our salvation entails that the love of God made us sons. We were invited into a relationship with deity. A father and sons relationship really.

Sonship here doesn't speak of gender but heirship.
We became the heirs of God, the Father upon faith in the gospel of his son.

As such, when we pray we make obvious the obvious. Since we are obviously in a relationship with God, we get to communicate as a result.

We get to talk to our father as a manner and a routine not merely because something is amiss.

When we view God as our father, which he truly is and then see prayers as simply communicating with our father, we will certainly have a better praying experience and since communication boost all relationship, we will also get to enjoy a more robust relationship With God.

conclusively; It isn't wrong to be prayed for, but praying on your own is an excellent spiritual practice.

Non should take the place of another.

Have you prayed to day?

Better still, have you spoken with your heavenly father today? If you are yet to do it, just do it now.

It's a blessed day for for.

Hope this helps? Do let me know

Note: All the Bible portions quoted here are from the authorised King James Version of the Bible.