The Most Honored Holiday in Pakistan

amberkashif60
3 months ago
inHive Cross Culture
Every nation has its own special days that are celebrated in remembrance of some important occurrences in the history. To enlighten the importance of some special days, public holidays are announced. Some holidays are more honored than the other.

Several holidays are observed in Pakistan for religious and national reasons. However, not all the holidays keep equal importance for every citizen. Some holidays are more important for one group of people than the others. Nevertheless, there is a holiday that is celebrated with equal enthusiasm among all groups of people regardless of their religion, sects, profession, socioeconomic status, age, gender, caste, creed or political affiliation. It is the holiday when everyone unites under one national flag. The holiday is observed on 14th August in celebration of Independence Day of Pakistan. 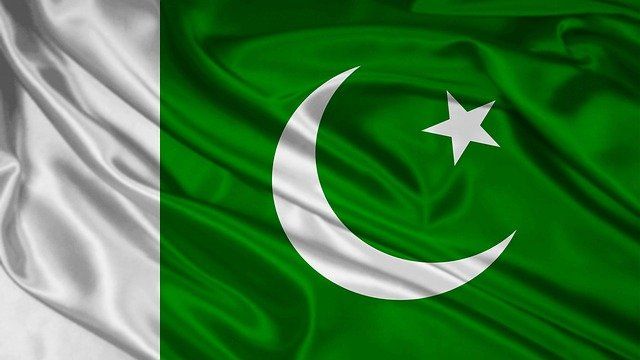 This day is celebrated in commemoration of the independence that people of this land got from British rule in 1947. Pakistan emerged as an independent sovereign state on the map of the world. This day reminds us of the sacrifices our ancestors laid for obtaining the greatest blessing,freedom.

No other holiday in Pakistan is as prominently visible as 14th August in. It is a holiday that speaks for itself. There is a sea of green and whit colours everywhere, the colours of Pakistan's flag.

People of all ages tend to wear dresses in green and white with jewelley and other accessories of the same colours.

People belonging to all the domains of life show their love for theiry country in their own unique way. Such as fruit and vegetable sellers arrange their veges and fruits in the shape of Pak flag, bakeries prepare flag shaped cakes and pasteries etc.

People hoist flags in their vehicles. Some turn their whole vehicle into the flag. 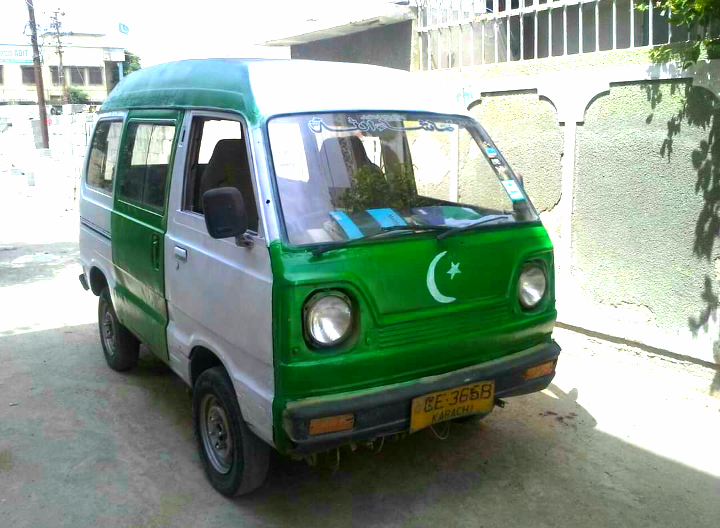 Celebratory programs are arranged in academic institutions and other professional organizations. In these programs tablos are performed, speeches are delivered and national songs are sung. Gifts and sweets are distributed among employees and students. The stages are decorated in accordance with the day. 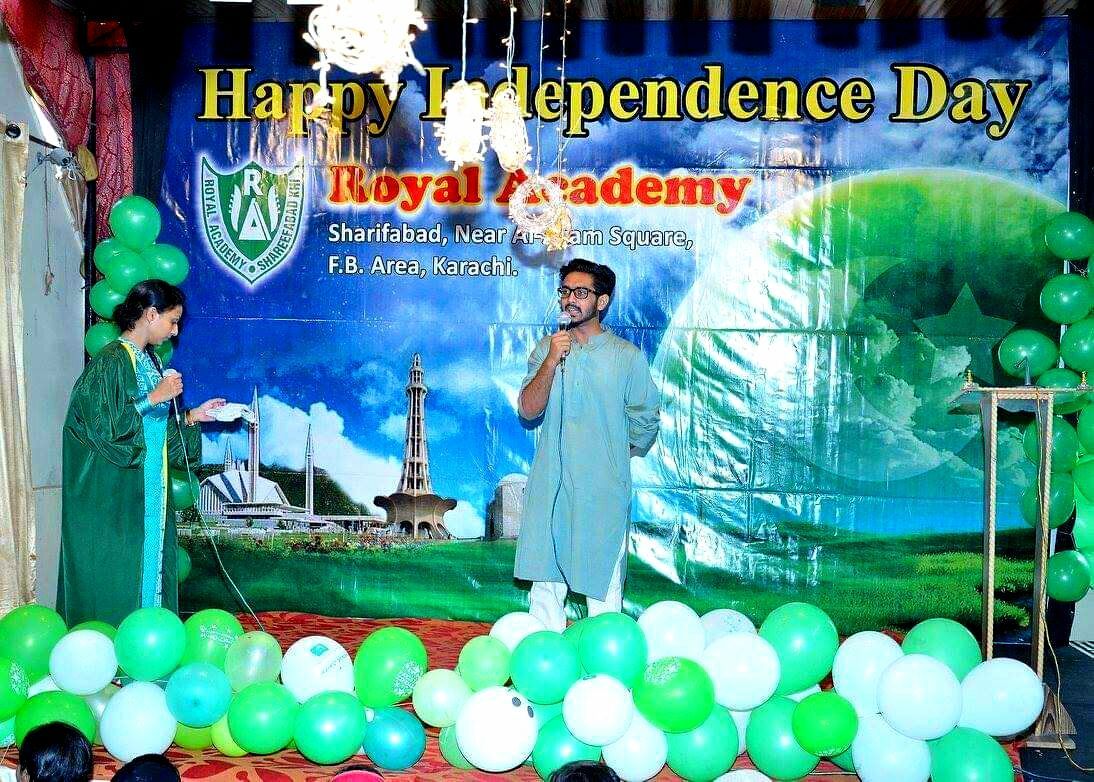 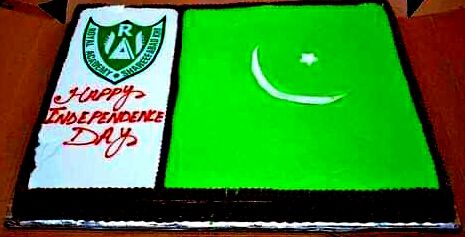 The day on the national level begins with the flag hoisting ceremony at the President and Parliament Houses. The President and prime minister deliver speeches and tweets.

Ceremonies for distribution of civil and Military awards are arranged. Awards are distributed among people belonging to a range of profession.

First, 31 Gun salute is given in the federal capital. It is followed by 21 gun salute in the provincial capitals. 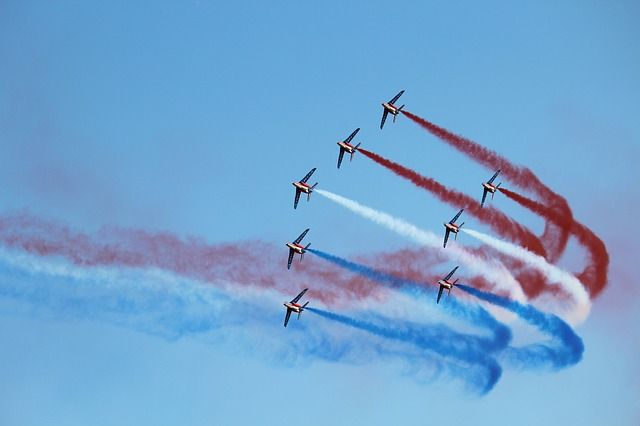 The preparations for this day begin since the month of August starts. Independence day related dresses and other accessories such as jewellery, masks, caps, hats, hand bands, watches, bangles, badges etc come in the market.

As the month proceeds, a hype in the preparation is observed. On 13th of August, it is at its peak. 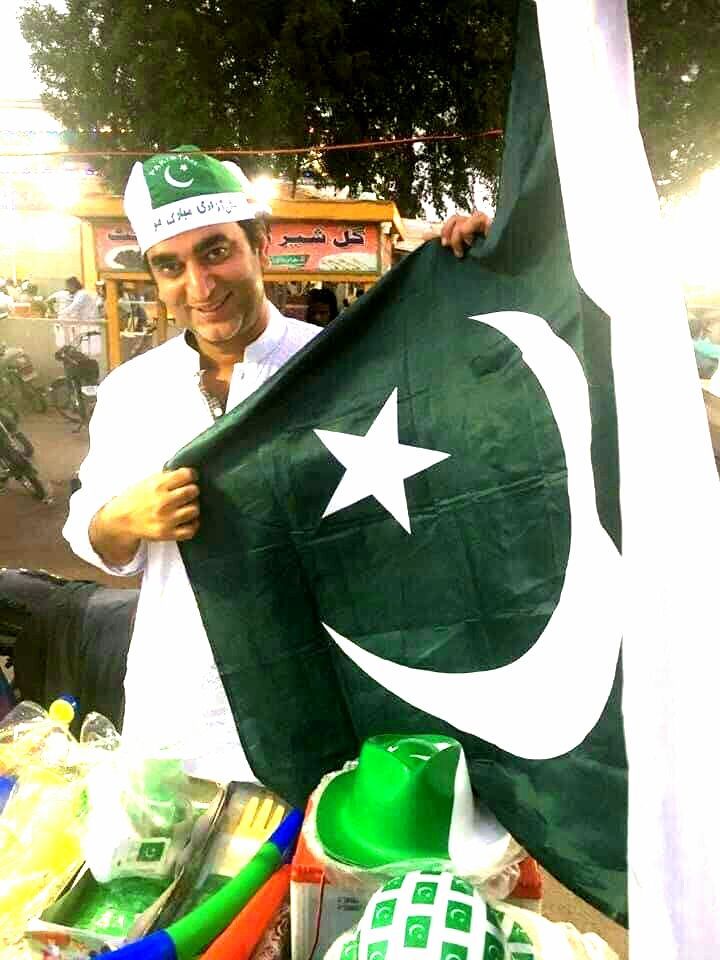 Public and private buildings are decorated with green and white lights.

National flags are hoisted on the roofs of houses, public buildings, roads and streets. 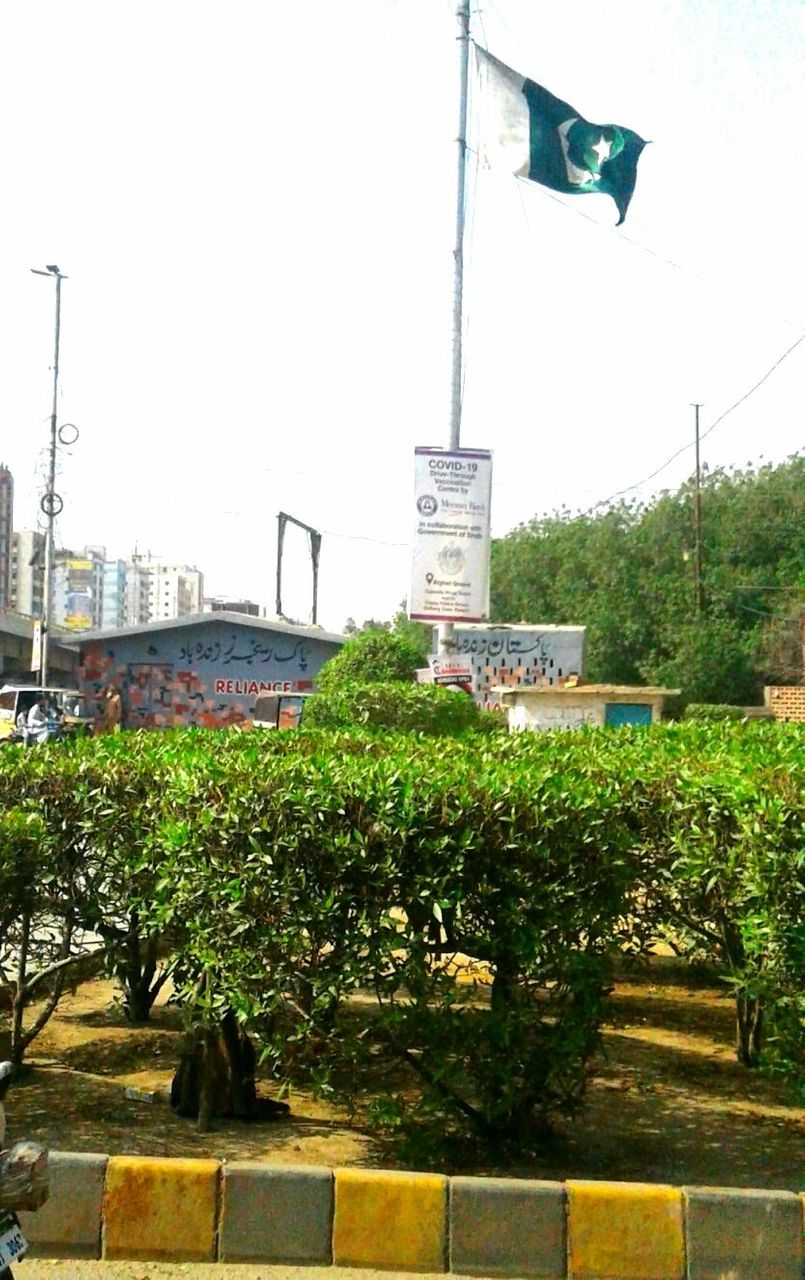 Every nook and corner is decorated with flag- like buntings. Not only from the outside, people decorate their houses inside with buntings and flags. 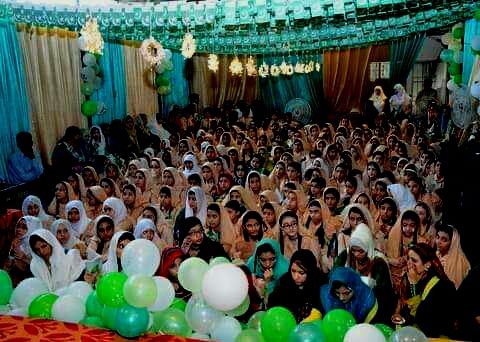 As the clock strucks 12 at midnight of 13th August, the sky above various famous and important public spots lit up with fabulous fireworks. 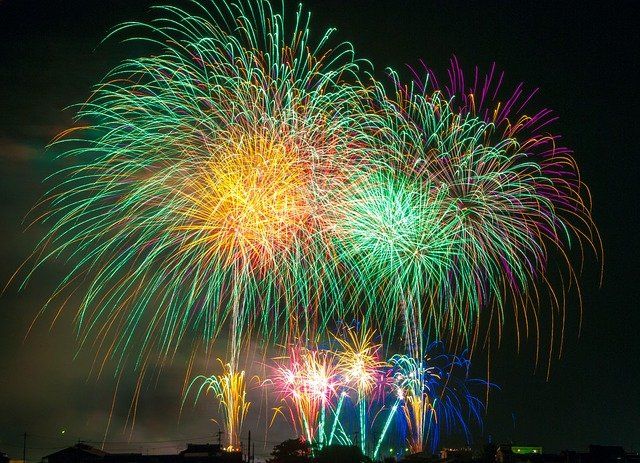 People also do arrangements for fireworks at their homes and streets. The sound of them tells that the clock has struck 12 in this part of the earth.

Since the beginning of the month of August, a flag appears on all the T.V channels. National and patriotic songs are telecasted quite frequently.

T.V and Radio conduct special transmission and telecast special programs in relevance to the day. The programs shower light on the historic events and encourage people to revitalize their energies for the growth of their motherland.

News casters and the hosts of all the other programs wear badges of Pak flag. 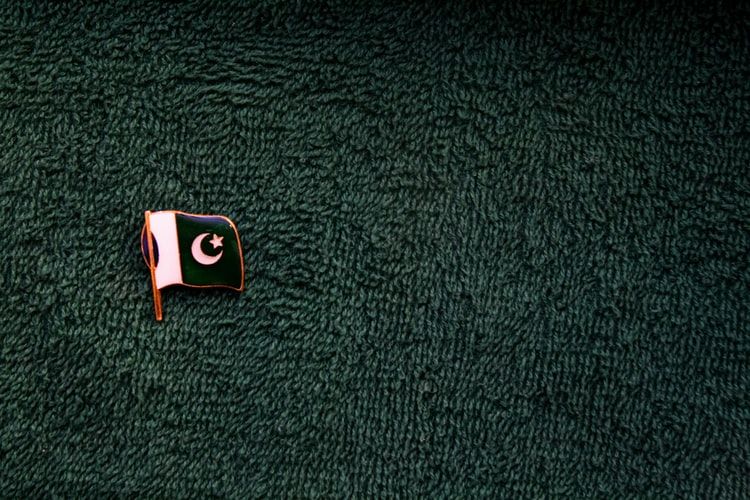 This way, the celebration of a single day is spread accross the whole month. Indeed, Pakistan Independence Day is the most honored holiday in Pakistan.

This is my entry for cross-cultural contest. I want to invite my friends @aimharryianne, @ayesha-malik , @kenechukwu97 , @kemmyb @kemmy, @merit.ahama to participate in the contest. Here is the link to the contest post.

Sources to images are mentioned right after them. Other images are courtesy of a friend. He permitted me to use them in my blog.
Hive Cross Cultureholi-contestproofofbraindreemerneoxianpalnetcroosculturepakistan
amberkashif60
via peakd
$ 4.90
98
H2
H3
H4
3 columns
2 columns
1 column
17 Comments