I Think, this book is very special. Because, I always this book every mount. And, this book have many banefit for me and meaning full for my life. This book, have 3 part talk creative process about novel “Bilangan Fu”. Novel “Bilangan Fu” written by Ayu Utami, one of the feminist writers in Indonesia. And more, Ayu Utami write her think, feeling and spiritual. This book give me experience her feeling and another process java people in Indonesia. I find new concept my spiritual about god. And, I think this information very releven.
Part One, Writers start to talk about Parang Jati with feeling. In Novel “Bilangan Fu” stay at Padepokan with his father. If you know “Empat Papat Lima Pancer”, these terms are the terms of humans who have just been born in the world. That concept is java people. The write talk about feeling and become to 4 part. They are connect to another and meet one shaft. Picture by Nurdiani Latifah
The author makes the story "Dewa Ruci" a part of the novel "Bilangan Fu". In the story "Dewa Ruci", it becomes part of the life of the Javanese people. It must be admitted, if the existence of "God Ruci" can not be described in words and numbers. Explaining it can be rationality. This can be demonstrated through artistic means in Java. One of them is through Gamelan.
The third part explains Religion. In the book "Bilangan Fu", Ayu Utami if the main character named "Parang Jati" is a character who applies Javanese teachings in his life. "Parang Jati" also implements the teachings of Islam. The author also tells that Islam began to enter the community peacefully and has always been recognized by the community. In this book, the author tells about several religious rituals that are often performed. The author also tells several different religious differences from Islam, Hinduism and Buddhism to see God.
In the book "Bilangan Fu", the author combines cultural and religious elements in the character of Parang Jati. Parang Jati character is dominant in "Bilangan Fu". For me, that's very interesting. I also fell in love with the character of Parang Jati. If there was in the world, I would make him my lover. Picture by Nurdiani Latifah
The last part, tells about the Ratio. The author dissects the concept of rationality by telling the thoughts of Western philosophers. I catch, the author gives a human message is often considered irrational if it can not be rationalized. I'm having a hard time thinking about it. I have to read it again.
In some parts, this book indirectly validates my understanding of God, reason, morals, and so on. In fact, it reinforces some things to the reader not to have ambition, because that is something that will destroy the earth. If things turn to ambition, we all can't find human meaning anymore. Picture by Nurdiani Latifah
The author tell us about critical spiritual. It's about just avoiding fanatism against religion. Other thing, writers stress to us not to worship because they fear God. It reminds me to do good to receive God's mercy. And it's useful to others. And, the concept from writers about heaven and hell, made me repeatedly.
The author tells us that heaven and hell don't just exist after death. To be human, there is no need to be hypocritical to God. The author also warns, do not be too rational. Because this will close the mind's eye, excessive feeling will also make us like fools. It should be avoided. Picture by Nurdiani Latifah
This book, like trying to wash away the reading of many new understandings. About rationality, Feeling and God. Become an inseparable unit. Eliminating ambition and desire is the most emphasized thing in this book. May we all be kept away from things that destroy our humanity.
I hope this book review helps you understand this book. It's an interesting book, but it should be read at a leisurely pace so you can absorb a lot of what's in this book as well. I hope you can read the book too. I recommend a book for you to read. Picture by Nurdiani Latifah
About Author 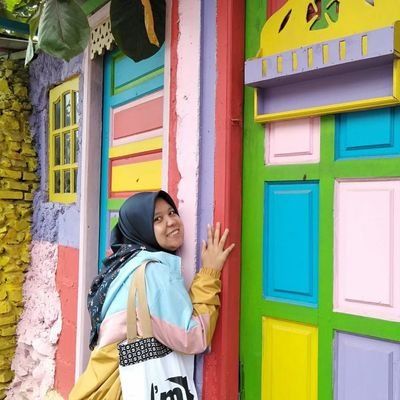