This will be the 4th building in my 2021 Art and Architecture series.

We will be returning to Arizona to talk about Frank Lloyd Wright's Taliesin West and Prairie architecture. If someone asked me to name an architect I could name two: Frank Lloyd Wright and I.M. Pei. While I enjoy looking at and photographing architecture I have never studied it. So it is impressive that Frank Lloyd made such a big name for himself that common people, like me, know his name!

Frank Lloyd Wright is a very famous American architect. He was born in Wisconsin on June 8, 1867. His dad was a minister and they traveled a lot while he was growing up. He studied architecture at the University of Wisconsin. After graduating he studied under Louis Sullivan for six years. He married in 1889 at the age of 22 and built his first home in Oak Park, a suburb of Chicago. Him and Catherine had six children. In 1893 Wright and Sullivan split and Wright opened his own office and designed homes that "he believed would truly belong on the American prairie." 1 Just down the street is another Frank Lloyd Wright house, Kentuk Knob. I actually loved Kentuk Knob even more than Falling Water. It is made of natural materials and that while I was touring the home it was like I was in nature, with the wood, stone, glass. It was one of the coolest feelings. Since then I have wanted to have a home that had those earth elements incorporated so prominently and beautifully. The view from the home was spectacular and I unfortunately I do not have any pictures of the home.

I have also visited Chicago a number of times and been to the Robie House in Downtown Chicago and went on a Frank Lloyd Wright home tour in the suburbs of Oak Park, Chicago. Prairie style homes grew out of an 'organic' approach to architecture, created by Frank Lloyd Wright at the turn of the 20th century. Organic architecture focuses on creating harmony between the house and its natural surroundings to the extent that they are viewed as one.
Rather than designing a house and then placing it on a site, organic architecture works with the site to develop a house plan that suits it completely. 2

The Prairie style began in 1900 and peaked around 1915. After World War I, the pendulum of architectural taste swung back to old favorites and revival styles became popular. 3 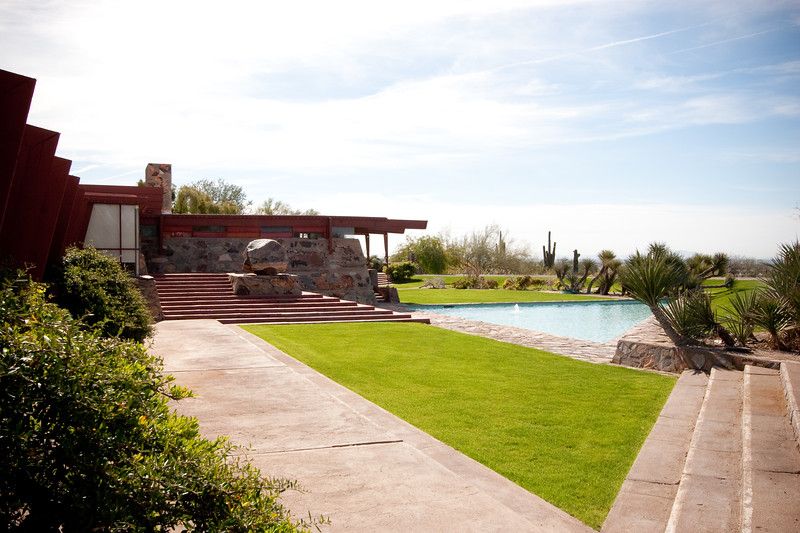 Taliesin West was built in 1937. It became Frank Lloyd Wright's winter home until his death in 1959. He would bring his apprentices to Taliesin in the winters and it became a school. Today it is the headquarters of the Frank Lloyd Wright foundation and School of Architecture. There are beautiful gardens, pools, sculptures throughout the grounds. 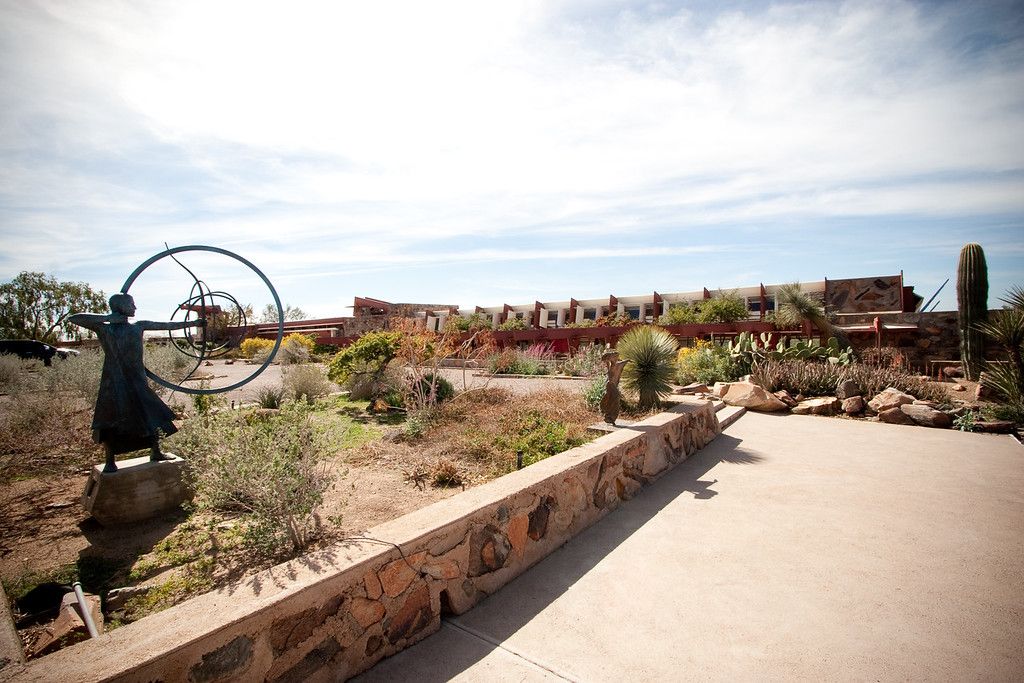 In doing this post I realized that it has been 10 years since I have visited Taliesin West. I need to go again soon.