This month I am going to highlight a beautiful church in Milano, Italy and its Gothic Architecture. 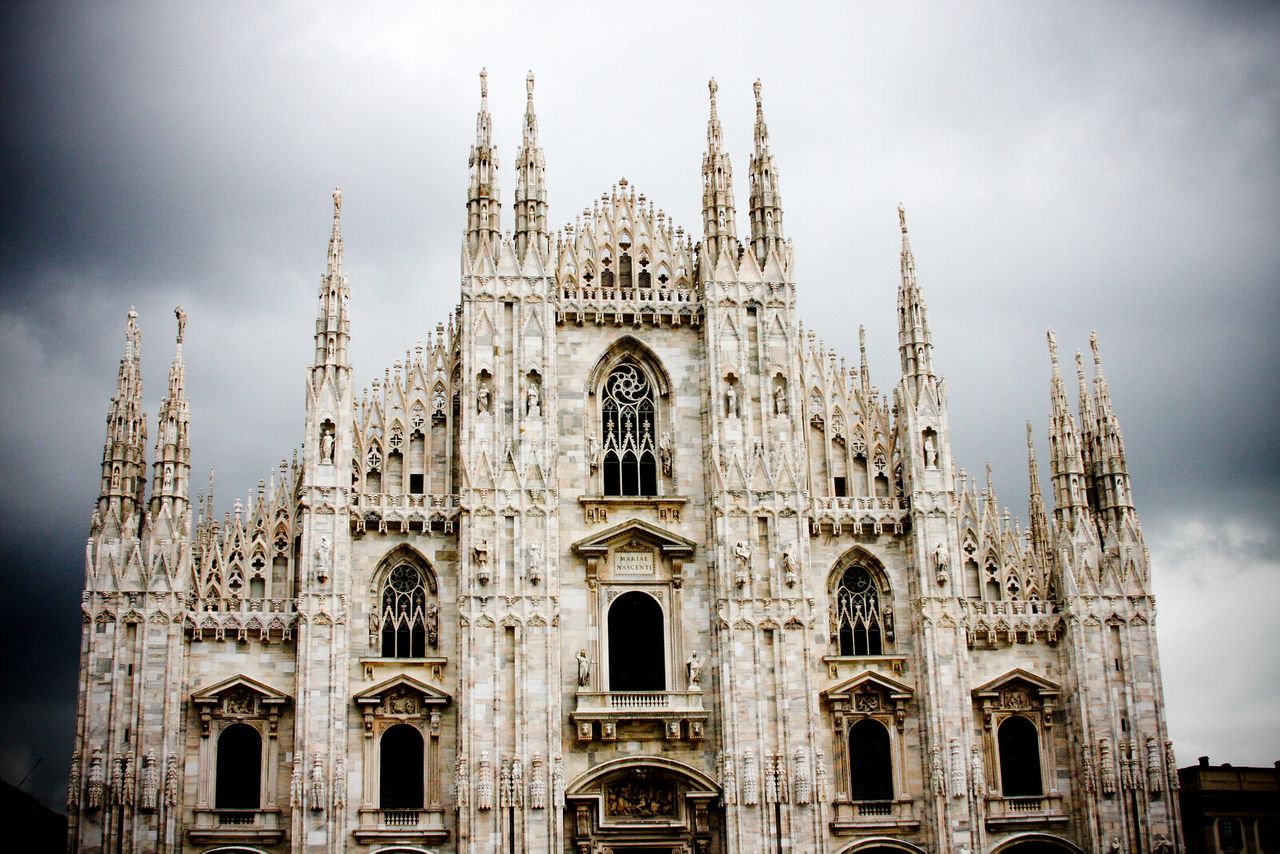 The Duomo in Milano took nearly 600 years to build, it was started in 1386 and completed in 1965, and had many different architectural styles. For this post I want to highlight its gothic architecture.

With such a long history I will not be highlighting the architects of the Duomo di Milano. Here is a snapshot of the 78 architects that worked on it. 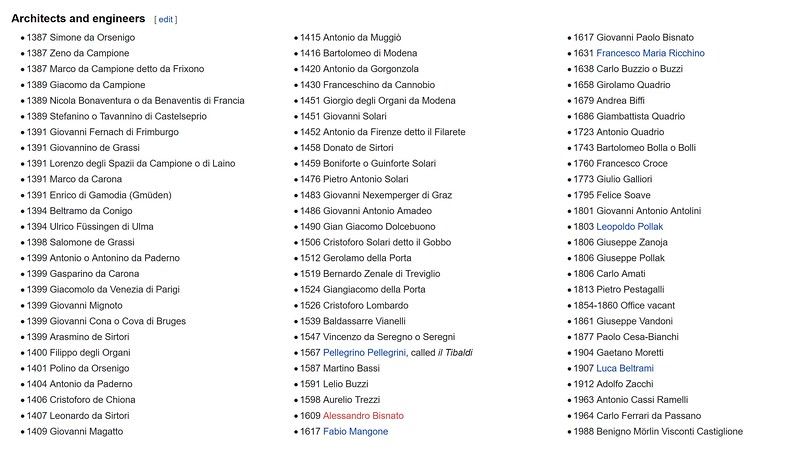 It is an architectural style that was popular in Europe from the late 12th century to the 16th century. It had many influences such as Romanesque and Islamic architecture and it came about at a time when engineering was becoming more advanced allowing for larger and more ornate buildings.

When I think of Gothic Architecture flying buttresses are the first things that comes to my mind.

Flying buttress are permitted the buildings to be both taller, and to have thinner walls, with greater space for windows. 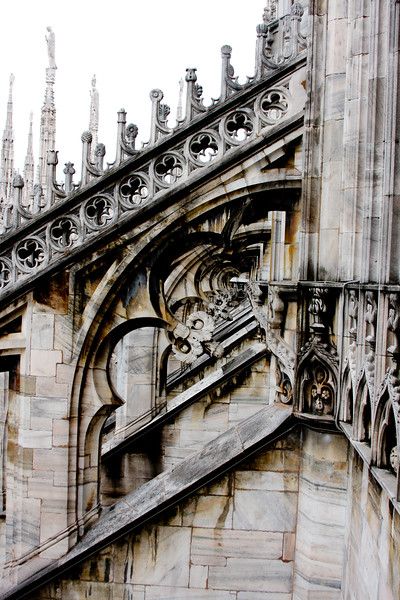 Me in front of flying buttress on the roof. 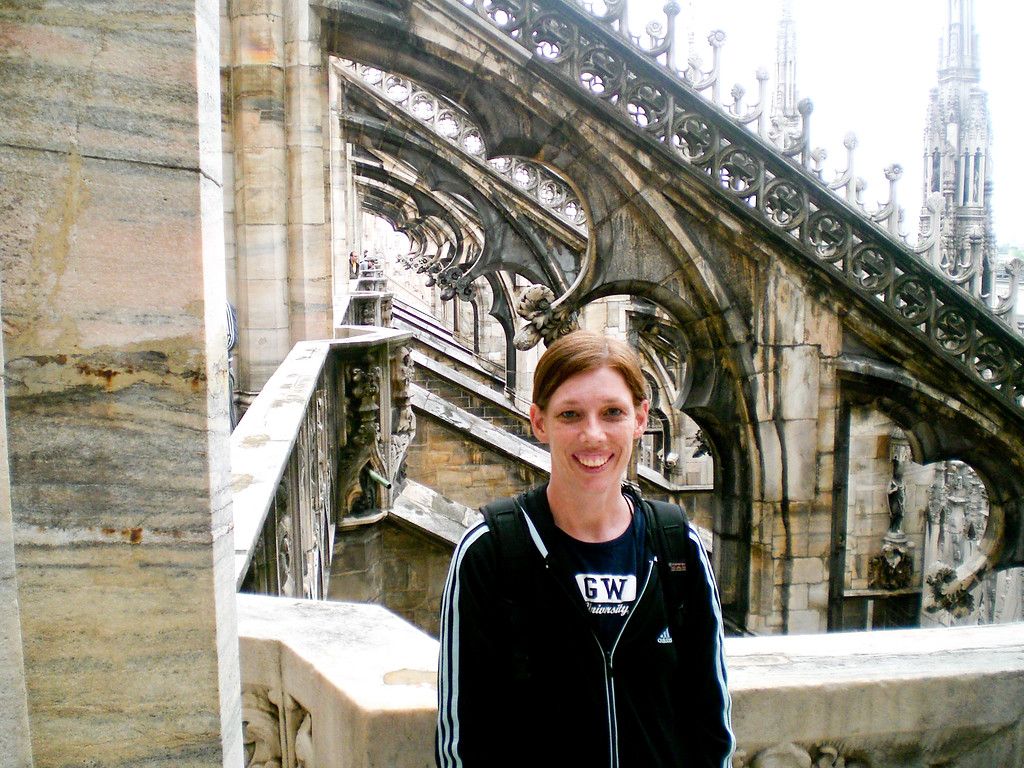 A view of the buttresses from the roof. 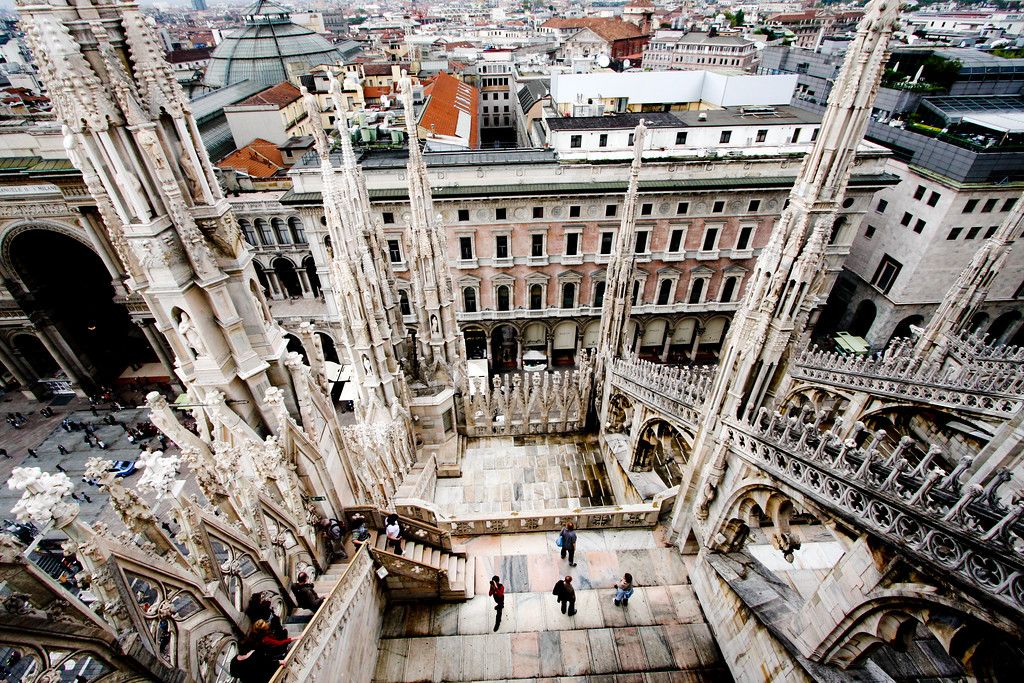 As someone who loves architecture I really appreciated and enjoyed being about to go on to the roof of this cathedral.

Towers, spires and fleches were an important feature of Gothic churches. They presented a dramatic spectacle of great height, helped make their churches the tallest and most visible buildings in their city, and symbolised the aspirations of their builders toward heaven 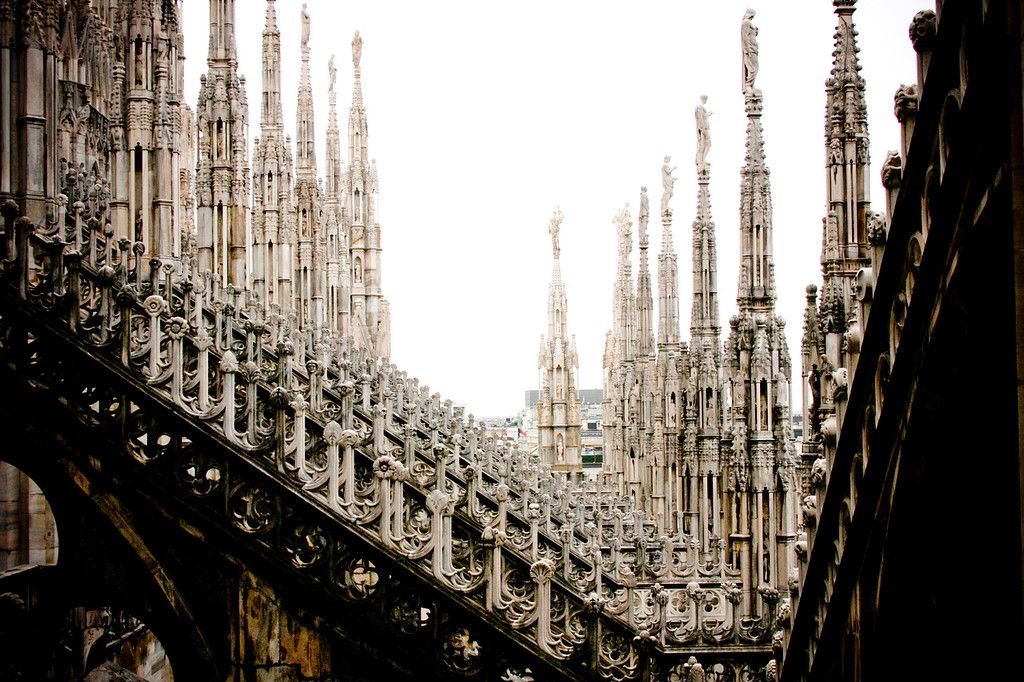 Pointed arches were taken from Islamic architecture and were both functional and decorative. They could hold and distribute more weight than pillars and they served to lead our eye upward. 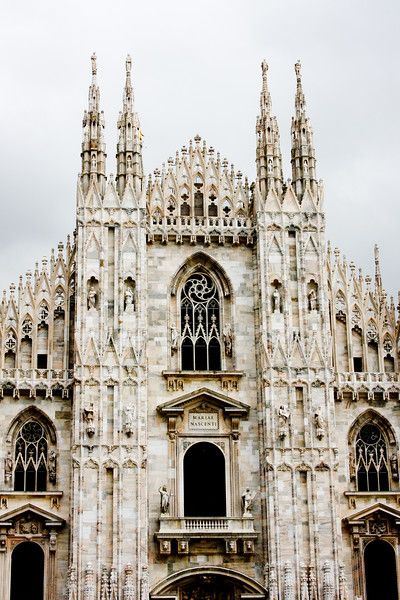 In addition to to being able to let more light into the buildings the stained glass windows had ornate decorations and religious teachings.

This was interesting to learn:

The placement of the windows was also determined by religious doctrine. The windows on the north side, frequently in the shade, had windows depicting the Old Testament. The windows of the east, corresponding to the direction of the sunrise, had images of Christ and scenes from the New Testament.

The most prominent and ornate window is the Rose Window. It is a circular window in a cathedral that is dedicated to Mary, whose symbol is a rose. 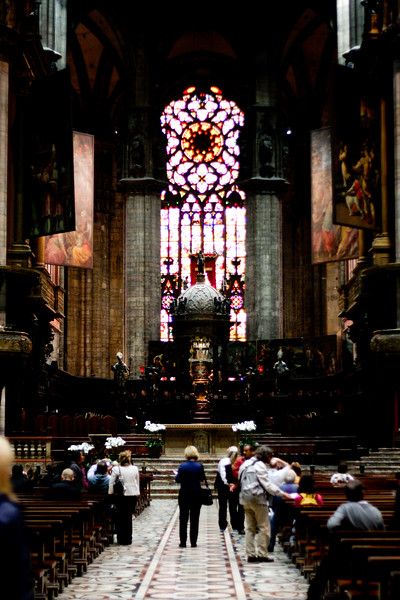 More pictures of the Duomo I hope you have enjoyed this look at the stunning Duomo di Milano and some of its Gothic architectural features.

Super fun update: Last month I highlighted Frank Lloyd Wright's Taliesin West and since then I found out that there is going to be a Chihuly exhibit at Taliesin West for 6 months starting in December. I am giddy with excitement...two of my favorite artists together!