The title must sound heavy but it will change your perspective towards design creativity once you decide to go though it.

I learnt a quote during my architecture schooling that Creativity is subjective.
Which is absolutely true as Human nature being varied and there are no guidelines for creativity makes this statement authentic.
Certain subject needs limelight just to make sure to spread the word about what humans are capable of and what they are doing to fetch the creative zest.


Forming the ground rules-
Art has no rules but has styles and those styles are formed by certain artists which are followed and appreciated by millions of other artists. What is the relation of styles of art with architecture? You may ask. In order to explore the depths let's go back into 1950s when during war, in a parallel world art was thriving. artists all around the globe were settling for expressionist and cubism form and creating three dimensional art forms with different touches of culture.
Amidst them all was an artist who thought of doing something different than what others were successfully doing in the field. Doing different involves risk but taking risks can lead one to unexpected amount of success or depths of failure.
The name is Kazimir Malevich who took a leap of faith and came forward with an exhibition of his geometrical 2d art form Suprematism showcased through different paintings and made his mark in history of art.

Architecture is more than technicality, It involves art and emotions. Back then too architects were not constraint to straight footings and columns but tried incorporating their thought and emotions in their work but focusing the representation of their work in sheets using 2d hand drawn drawing of plan, sections etc.

Breaking the monotony
The relation of Suprematism with architecture can be explained only by bringing in Zaha Hahid She, as everyone knows was a world renowned architect. In her graduation years she did something spectacular. Thinking out of the box for her project took her to the top. Understanding and exploring the art world for her project made her inspired by Kazimir Malevich's work and she represented and created her project under the concept of suprematism. 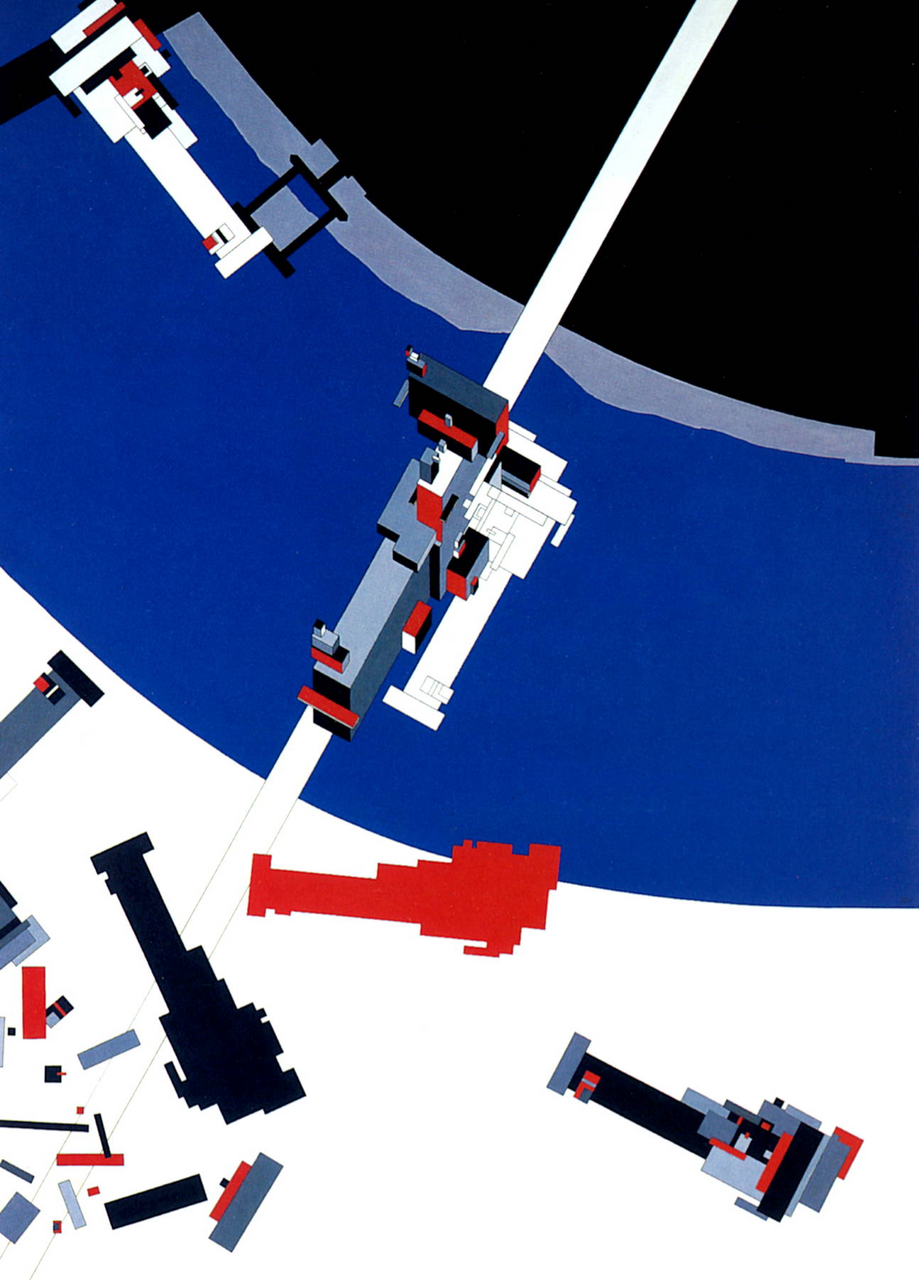 This was the famous design - a kind of 3d painting representation of the project which we nowadays do using various rendering software. This masterpiece is now in museum and it was inspired by the form created by Malevich in his series of suprematism as he created many models which were representing a combination of geometric forms.

What we learnt though this event in history is that creativity is found everywhere you just need keen eyes to understand and value it. As far as suprematism is concerned, One should understand that they are free to create unimaginable things which will eventually find it's way into deserved success. Ending suprematism with a quote that Beauty lies in the eyes of beholder.

Shifting our focus into public place artistry. It is kind of unique and very creative installations which mimics nature as they are flowy and are treat to the eyes. 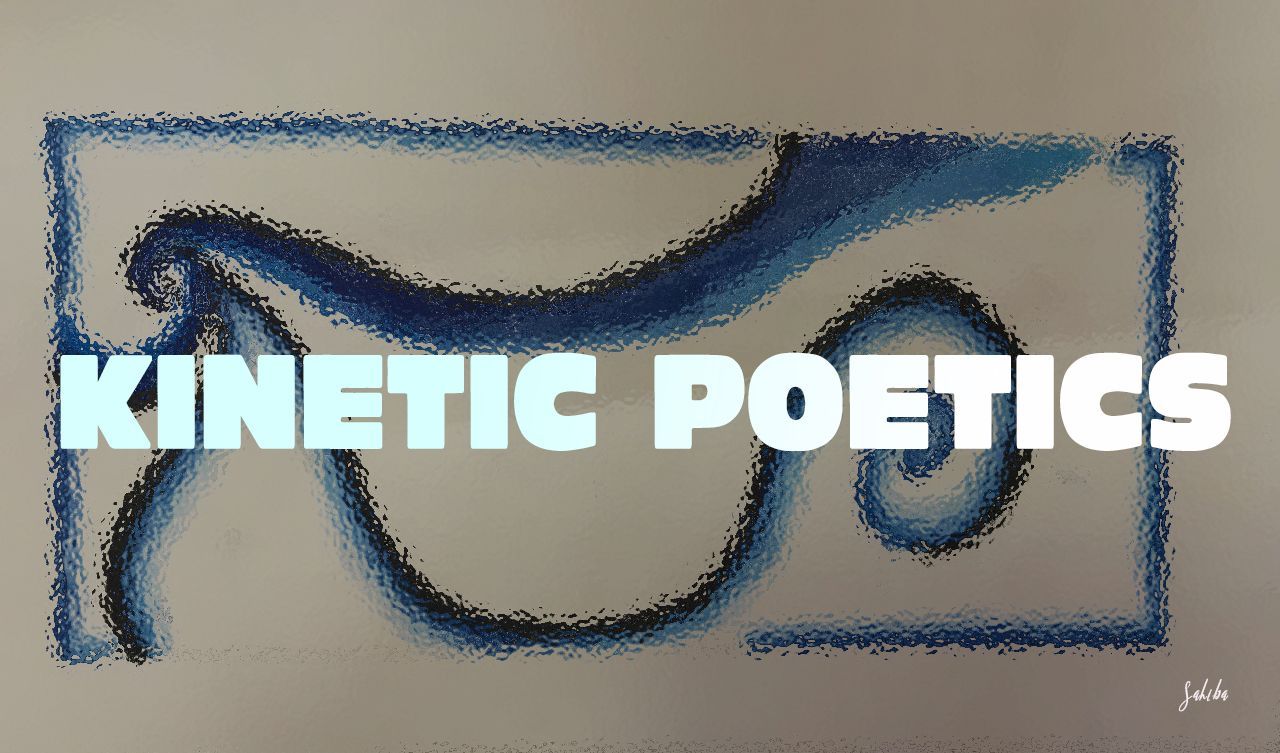 Considering these words together one might feel like it's a mixture of physics and literature in a form of sculpture and this is absolutely correct.

Imagining public square differently was done by a company which straight up considered the importance of artistry and biophilia in human life. There is actually design all around us, It's just that we are used to of the regular ones that we surely do not consider it creative. For example a piece of furniture of pattern of a curtain or even electronic device's design. As humans have evolved a lot they are accustomed to all the designs around and the thirst to see more never ends. Which bought couple of people together , after forming a company they started installing larger than life sculptures into public spaces. which brings in footfall and people gets a break from the regular monotonous lifestyle. 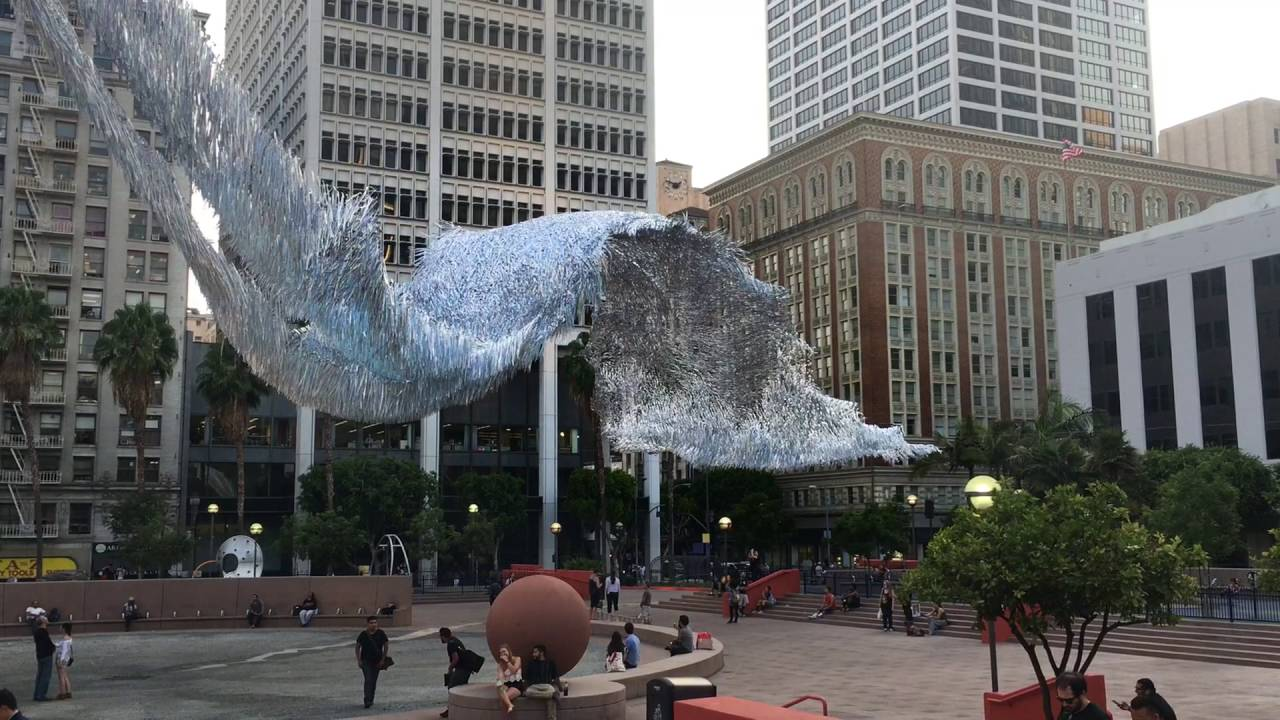 There are many such floating sculptures which are installed into public and private spaces. This particular one was designed by Patrick Shearn and his team.
These kind of structures are constantly transforming with the course of wind and gives a fresh experience to users. 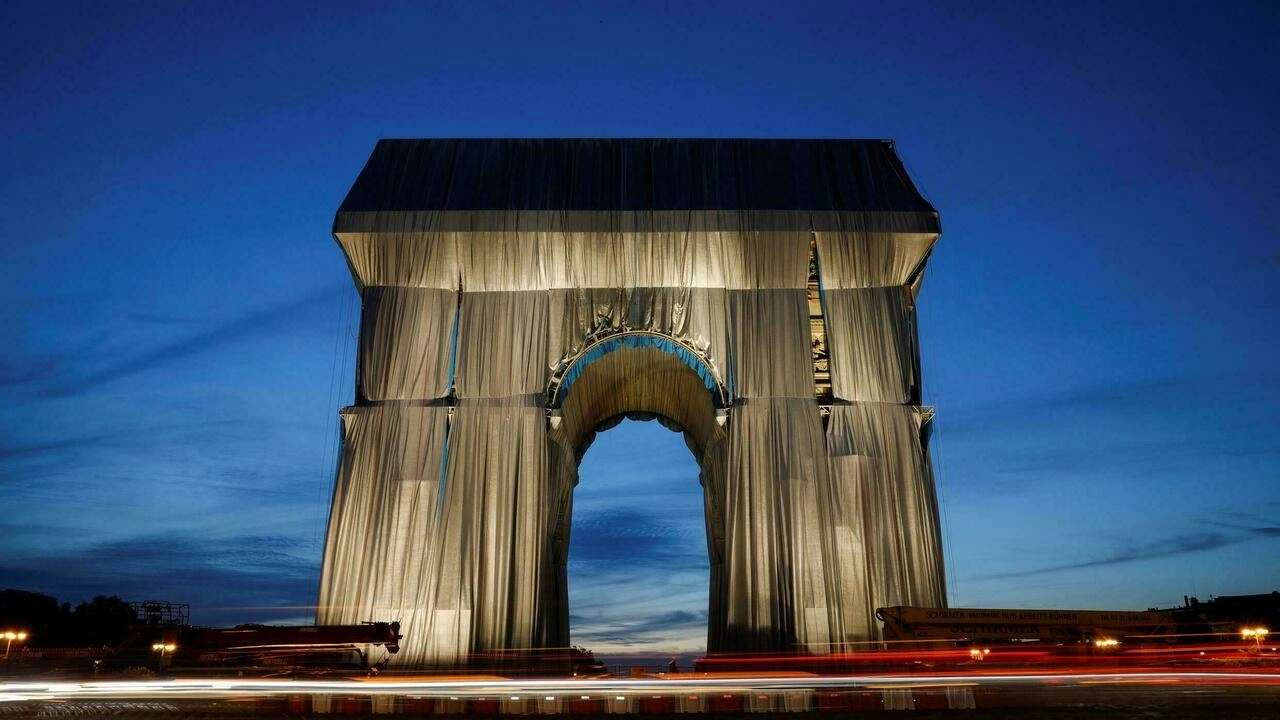 This was recently done, Famous Arc De Triomphe was covered in silvery blue recyclable fabric for few days as the artists couple who proposed this idea are no more alive right now but they did proposed the idea in 1962 and it have come alive now. Millions of dolars were spent by artist's personal funds to create this piece of wrapped art.

The Crux
Art is totally subjective as the sculpture, installations, concepts and paintings which I mentioned above are example as to so many people loving them and at the same time other set of people hates them. It's is pure art and architecture is the same.

Understanding how creating unimaginable can create history and makes the creator immortal through their creation, People remember them through their work even after the departure of the soul. Receiving mixed reviews to creativity is perfectly normal. This should never stop anyone from being artistic in their own way.

What are your thoughts about the creative pieces mentioned above? Have you created some design or piece of art maybe anything which now adds value to human's life?