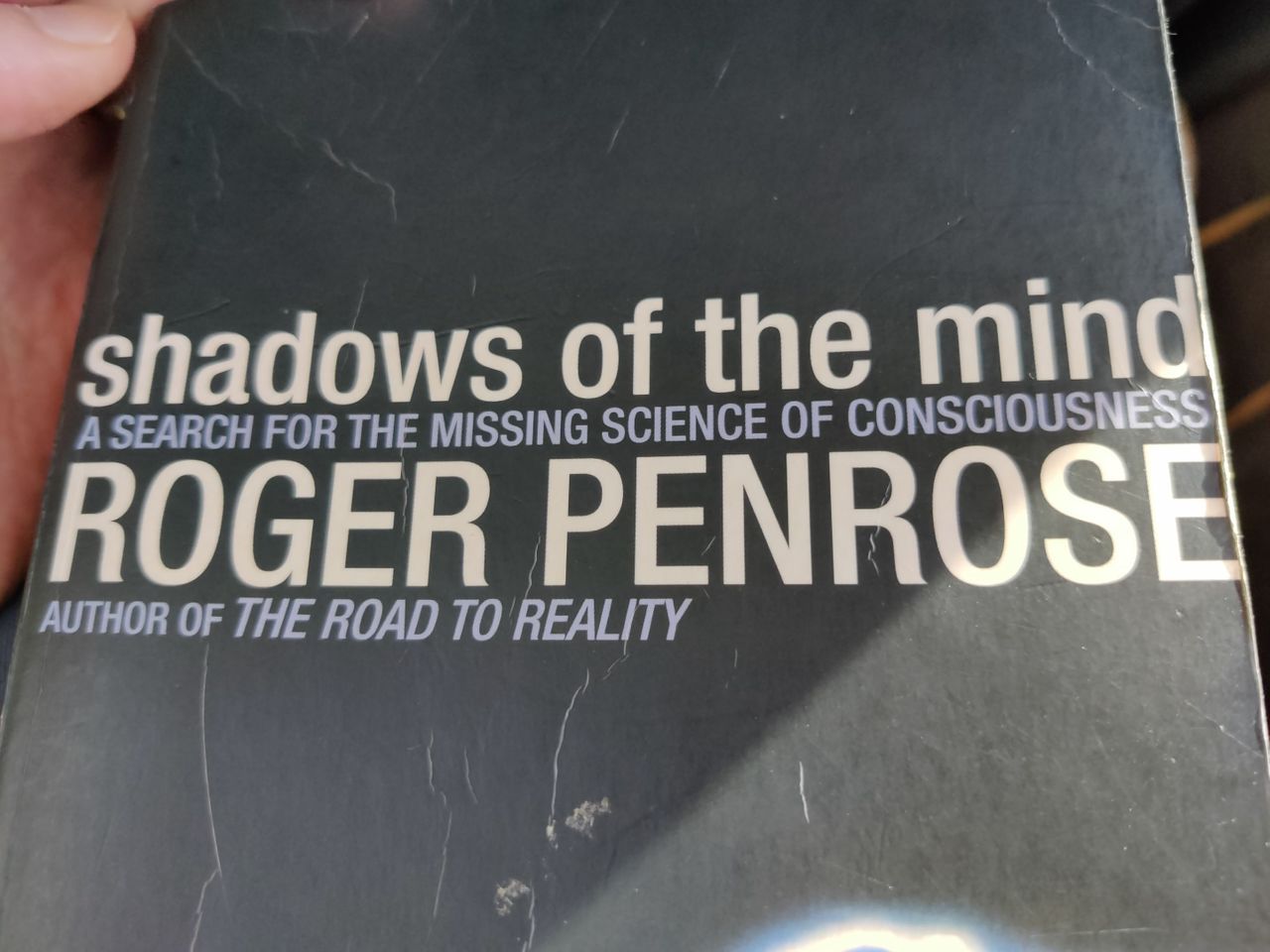 I'm finding myself with a fair bit of time to do some reading this past week and coming week. Before mobile phones and all of that, you would often catch me with a book in my hand or in my jacket pockets. In fact, I would often make sure that any coat or jacket that I bought had a large enough pocket to comfortably fit a standard paperback sized book! Yep... I was that anti-social and nerdy!

With the onset of decent phones, I stopped reading for a bit... until I moved onto digital books and ebooks on e-readers. It was a big hit for quite some time, and it was handy that the e-readers were the same size as the paperbacks, so I didn't need to buy new coats!

However, I did end up finding that many of the books that I would like to read were not really great fits with the e-reader format. Either that... or I would be reading comics, which are a pretty terrible experience on an e-reader, but I do hear that colour e-readers are starting to come down significantly in price!

Anyway, the books that I tend to read involve some hefty re-reading of previous pages and chapters, or jumping ahead to footnotes and all of that interesting stuff. Take for instance, this book that is currently in my pocket. Shadows of the Mind is a really interesting follow up to Emperor's New Mind, in which the Mathematician Roger Penrose argues that the physical laws of the universe are unable to describe the phenomenon of consciousness. Shadows of the Mind is an attempt to clarify the argument and to refute criticism of the earlier book.

If you are interested, you should check out Roger Penrose starting at the wiki entry: https://en.wikipedia.org/wiki/Roger_Penrose

He is really one of the greatest minds of modern mathematics and physics having developed alternative interpretations of quantum mechanics and proposing an alternative to string theory in attempting to unify quantum and relativity... and then there is the mathematics stuff! 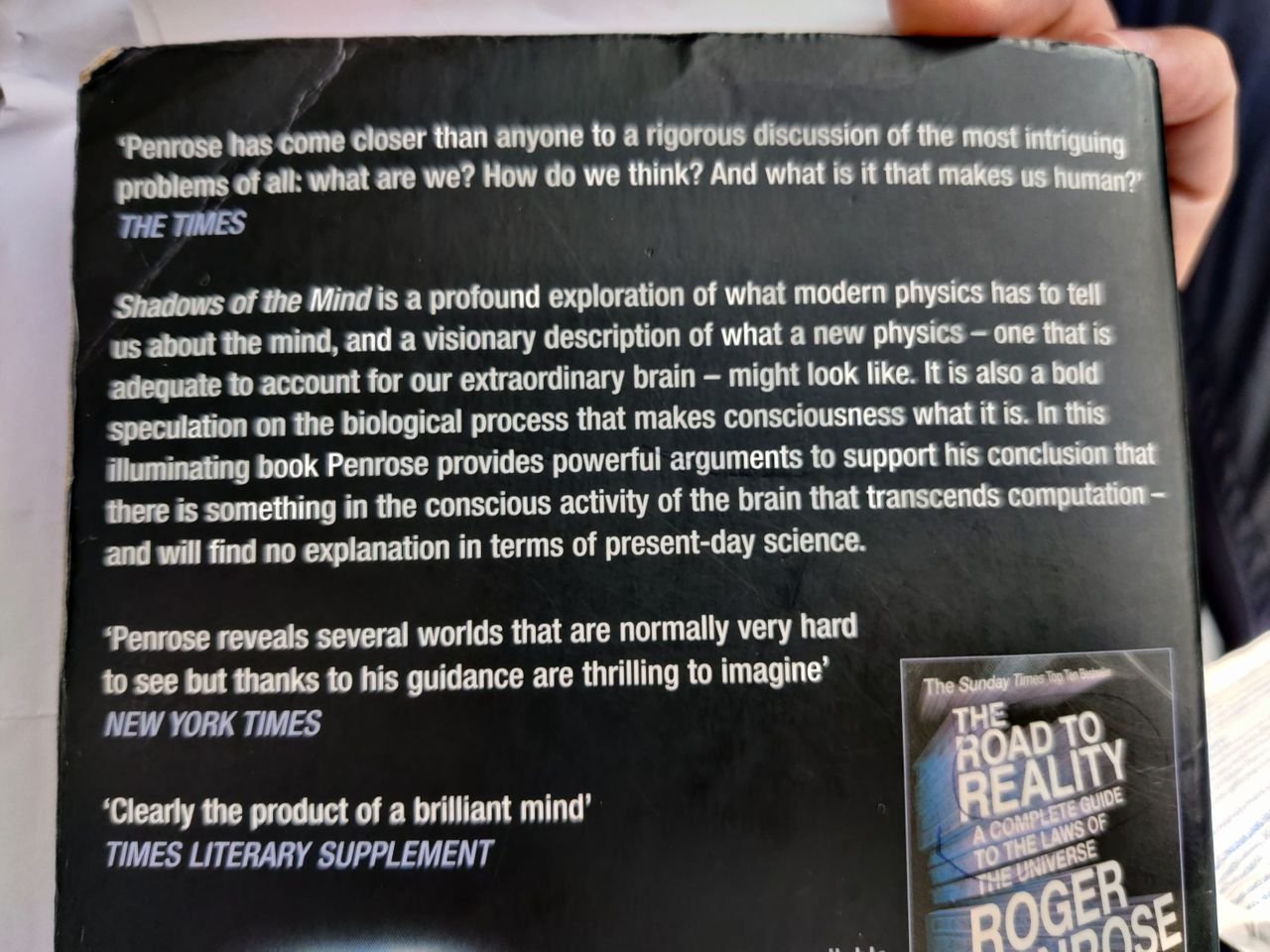 Anyway, in Shadows of the Mind, Penrose lays out the groundwork for relating consciousness to computation, and then to the physical laws of the universe. The proposal is the theory that he developed with Hameroff known as Orch-OR in which consciousness emerges from quantum effects at the microtuble level in the brain as opposed to the conventional view that it is the network of neurons that gives rise to consciousness. 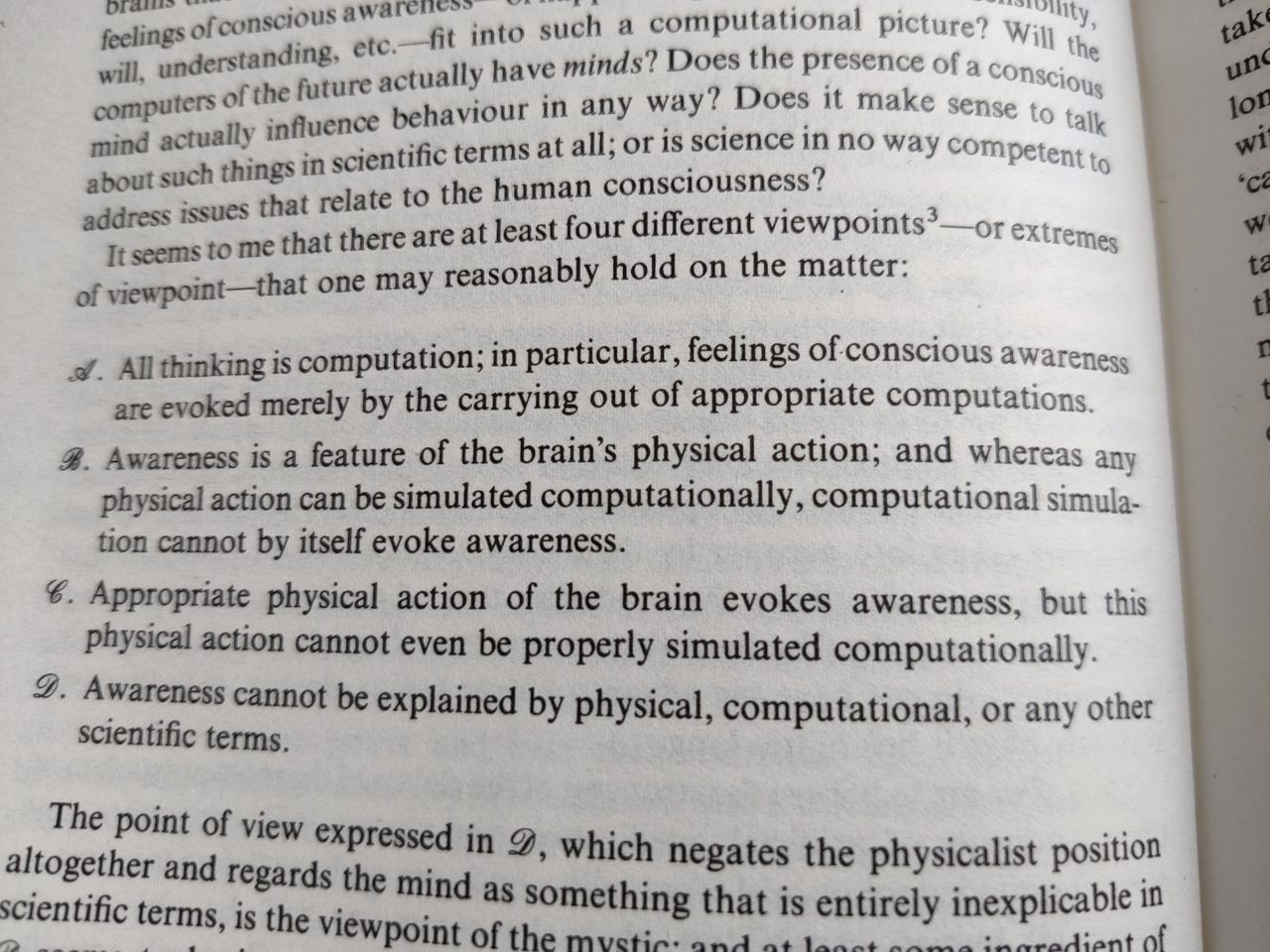 The basis of the book leans heavily on the four broad camps of definitions of consciousness as described in the photo above. Camp A is the "hard" AI camp, where machines will become conscious, Camp B is the "Turing-test" type and Camp D is the "spiritual" type. As this is a heavily mathematical/science approach, Camp D is excluded from consideration as it would be impossible to test one way or another with the tools at hand.

Camp C is the target of Penrose's argument. He makes the claim that awareness emerges from physical systems, but it would be impossible simulate it computationally. The arguments that he makes are from a mathematical and physical approach (which appeals to me!) in which he lays out examples of deterministic rules that result in outcomes that can not be arrived at computationally.

Needless to say, although this is a book aimed at an interested layperson with some decent grasp of mathematics and/or physics, it is a pretty damn hefty read. I suspect that a layperson from a Penrose point of view... well, let's just say his version of dumbing it down is a little bit more of a brain workout for the rest of us!

So, these are the topics that he covers in this book to arrive to his conclusions. Most of the physics side of things and concepts are fairly familiar to me... however, the mathematics stuff really gets my brain warm! 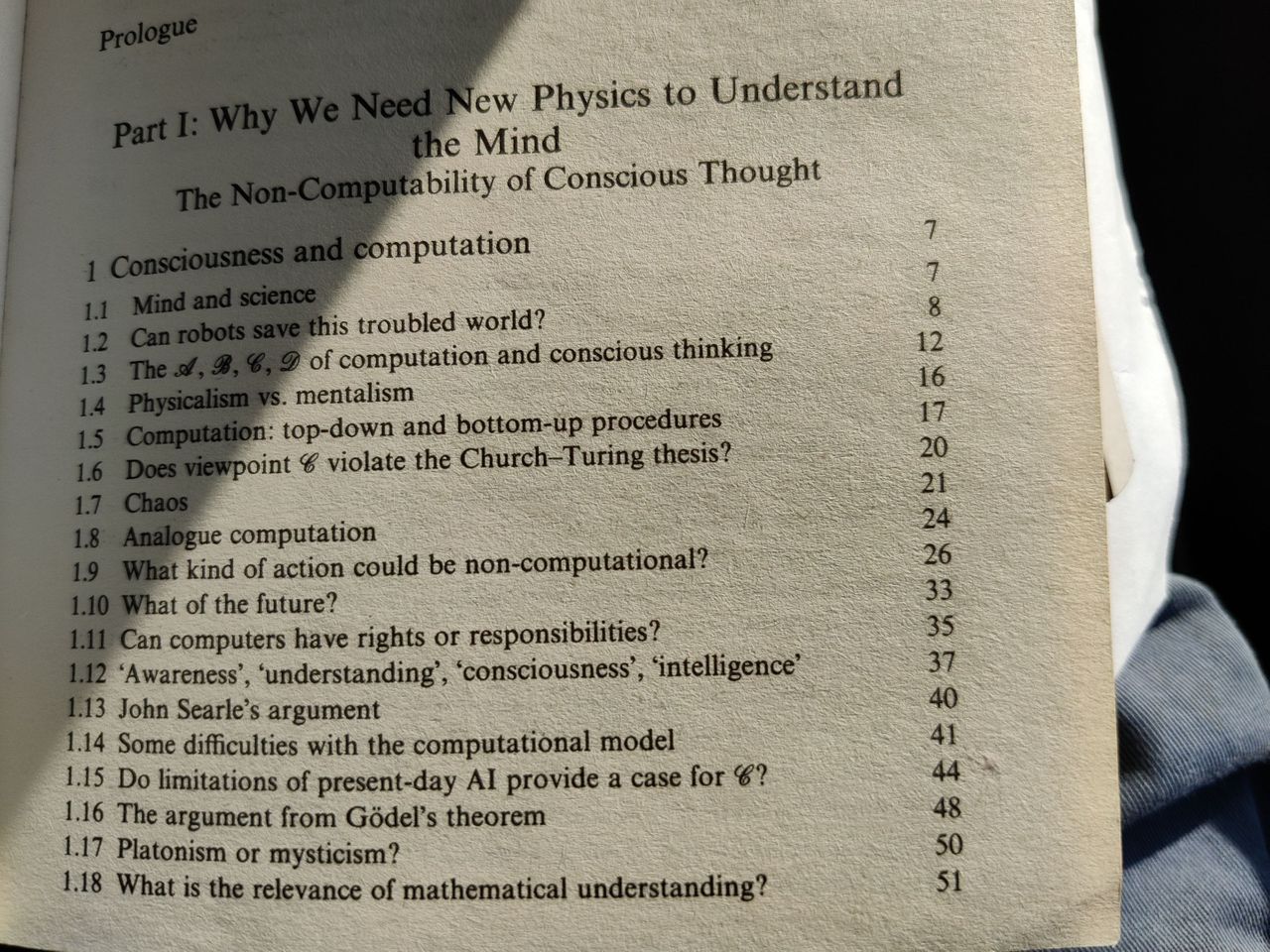 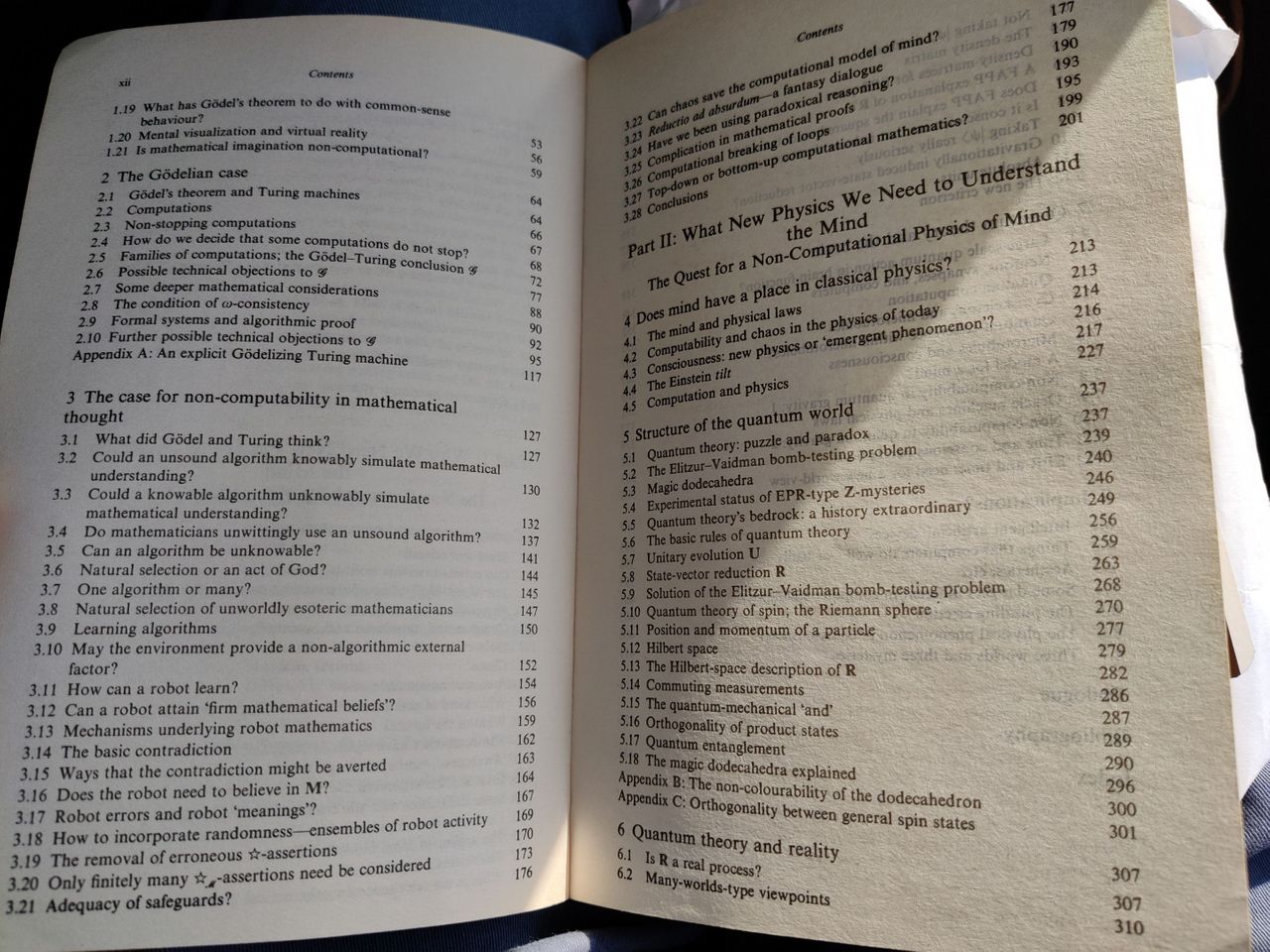 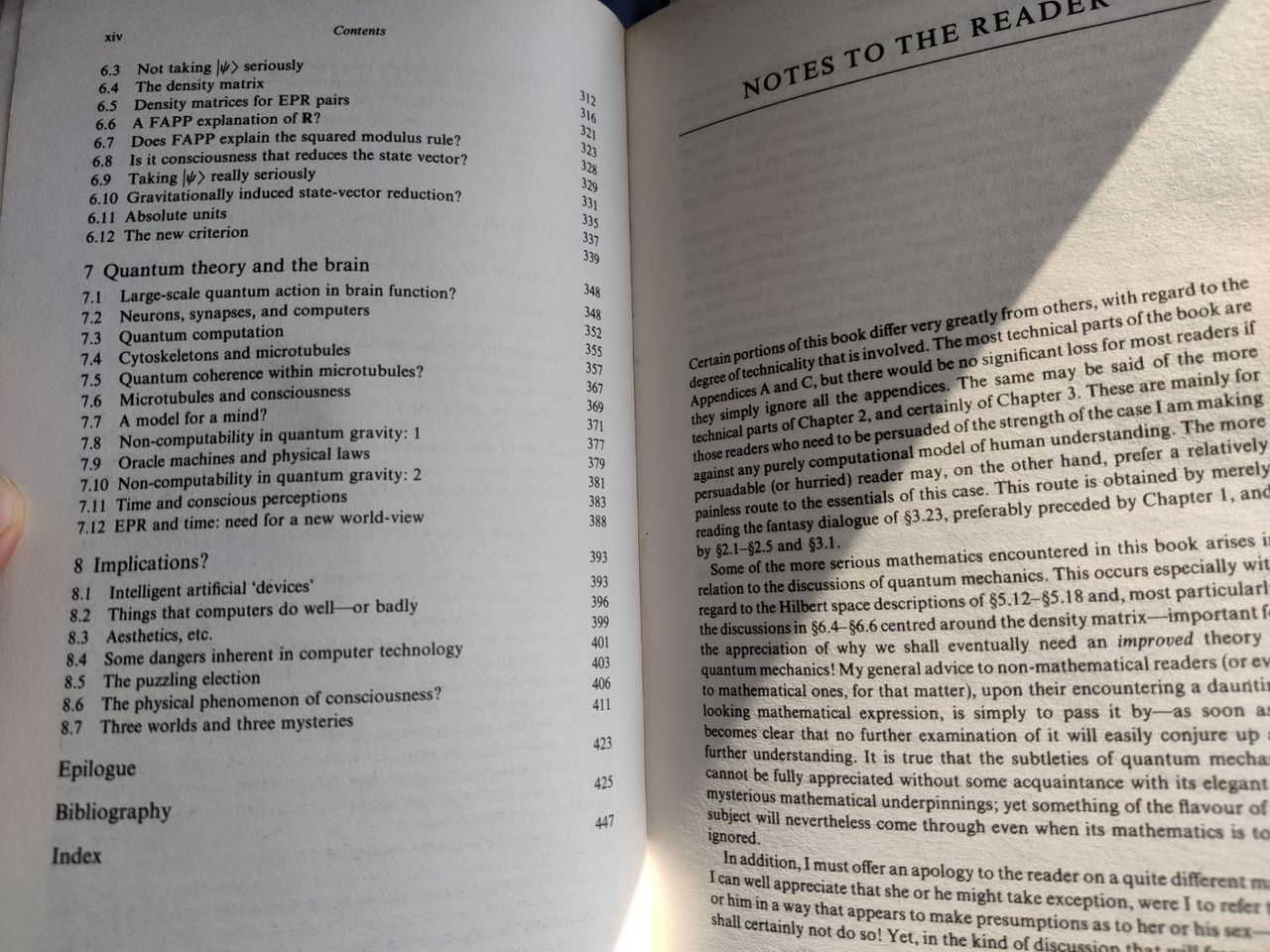 I was curious, as this is a relatively old book from 1994, as to whether or not he had considered quantum computing. However, he does mention it... but dismisses it as just another form of computation. Faster for some things, but still computation. It is a valid point in a way, as much of basis of the arguments lie in pure mathematics and logics... but I would be really interested to see an updated refutation of the quantum computing angle. Or perhaps one isn't needed....

I enjoy reading the book... it is now my third time at it! It is the sort of book where I read a few pages, flipping back and forth... diving backwards further to brush up an understanding, and dog-ear important concepts... and then just sit staring out the window and thinking. I guess this is what my dad did for a living (he was a mathematician...)! Somehow, I miss this sort of high amount of brain-burn and thinking...

... I'm not sure where this post is going. It was starting to be a post about why I don't like e-readers any more... but then got side-tracked into a show and tell about the book I'm reading? I'm going to bed... 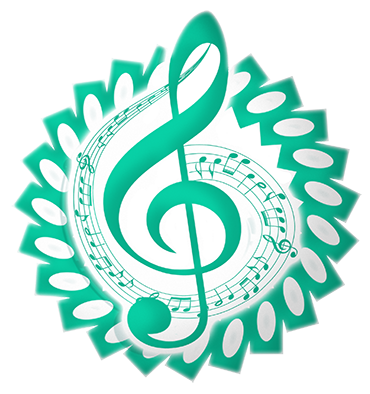