I've had a few comments of late regarding the status of @misterengagement. The account is back up and running, and has a collection of Tribe followers.... 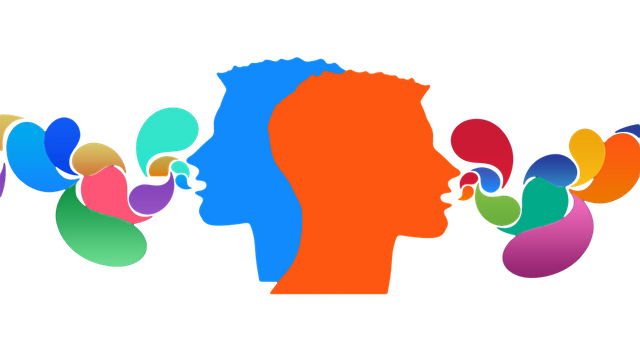 A month or so ago I paid 100 HIVE to have the ENGAGE token replicated on Hive. All holders of the token on Steem-Engine received the same number of tokens, now on https://hive-engine.com.

Many thanks to @eonwarped for migrating the token balances.

It's taken a little time to get @misterengagement back up and running again, and many thanks to @holger80 (Hive Witness) for making this happen.

@misterengagement is there to reward good/interesting comments with ENGAGE tokens.

If you are a holder of more than 1000 ENGAGE (1001 will do), you can add the following to your reply to a comment to call the account:

A comment with the above text will issue 25 ENGAGE tokens to the account you are replying to. You can issue anywhere between 1 and 100 ENGAGE at any one time, and there is no limit to the amount you can issue using the command.

The tokens are issued from @misterengagement - your ENGAGE balance is not affected.

If you are muted by @misterengagement, you will no longer be able to issue ENGAGE tokens, but you can still trade and receive them. The latest distribution of ENGAGE tokens can be seen here: https://he.dtools.dev/@misterengagement, and this is the tool I will be using to occasionally check things are working and people are being cool.

The ENGAGE token is a vanity token and is not expected to hold any direct financial value, however, there is a vote that comes with the tokens.

At present, issuing 25 ENGAGE to an account will mean a 25% vote (100 ENGAGE, 100% vote etc) by @misterengagement on the comment/account receiving the tokens.

@misterengagement holds very little Hive Power and I haven't yet decided what @abh12345 will be doing with a trail vote, but a number of my Tribe-related alt accounts are following @misterengagement's vote.

If you issue ENGAGE to a comment/account in which the post contains any of the following tags, there should be a vote following from an @abh12345 alt:

The goal is to provide ENGAGE holders with the ability to curate their best comments (and comments they see elsewhere) so that this comment is moved up the list of comments on a post.

Following discussions with other Hive members, the comment @misterengagement makes has been reduced in size, so to look less spammy, and will look like one of the below: 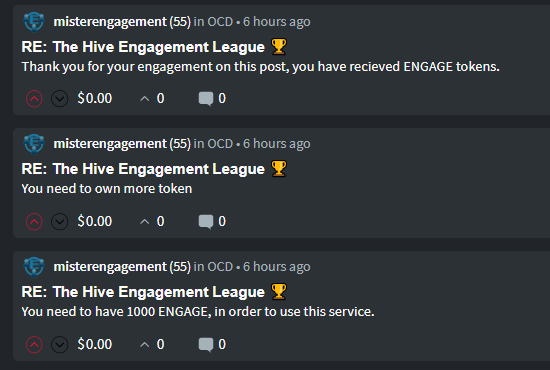 If you add the command and nothing happens, it could be that @misterengagement has ran out of ENGAGE and I will need to top the account up. Please let me know in a comment somewhere.

OK, I think that's about it, but if you have a question then please let me know. Happy engaging!