Just Down The Road 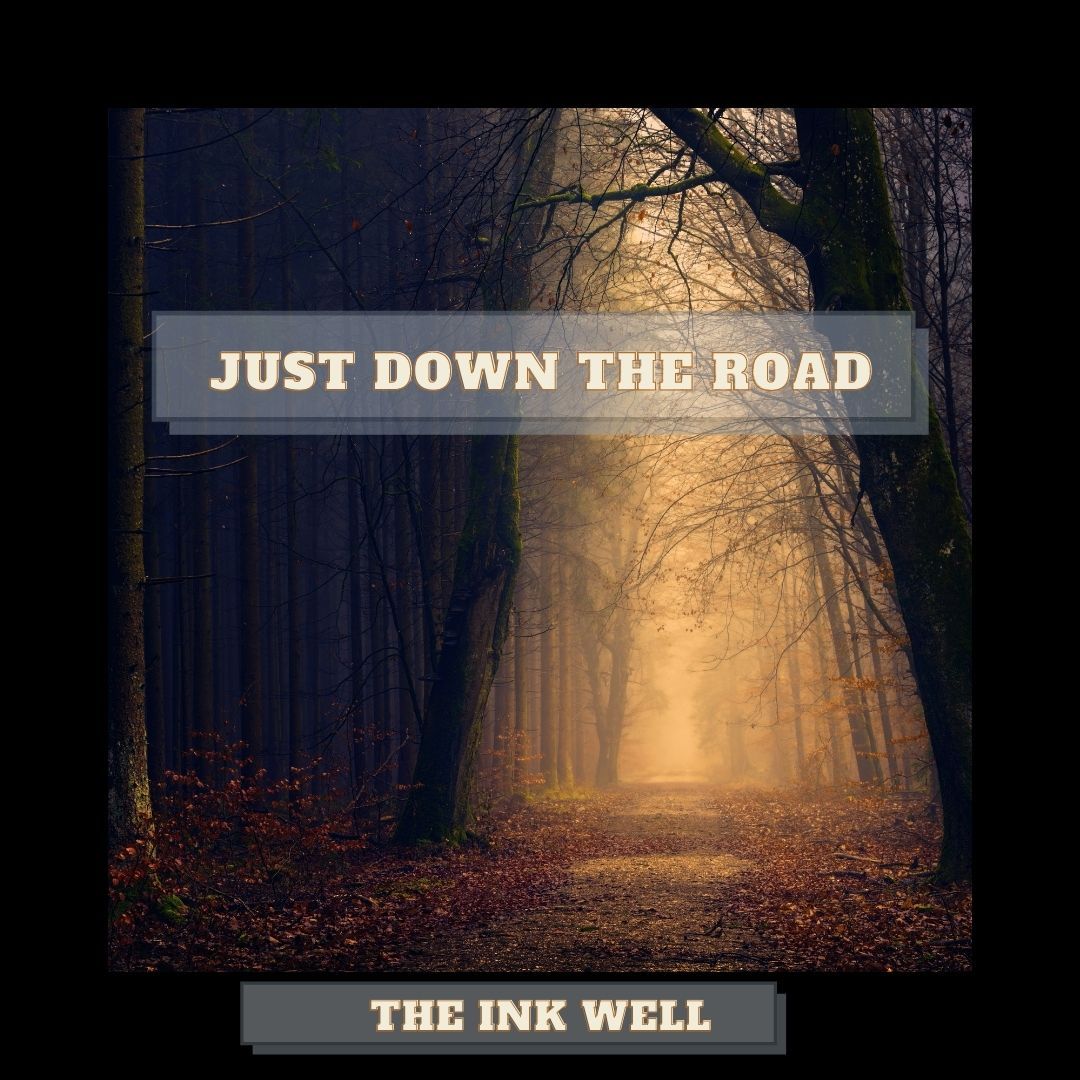 "That was fun playing kick the can! But we better get home now, Don. I for one don't want to be late getting home from the first day of school, do you?"

"It won't hurt to be a few minutes late, Greg. Mom and Dad will be in a good mood today, they always are when school starts. Let's go see that old deserted road that winds through that big forest!"

"But we were told never to go near that place, Don. And it's a mile out of our way just to reach it."

"It's not a mile, just a short distance down Midnight Street. We'll take a quick look, we won't even go on the road itself."

"Wow... Look at that hole over by the little hill. I bet a fox lives in there!" said Don, pointing to a spot several yards off of the forbidden road.

"Let's go, Don. It's getting dark. And you did say we wouldn't go on the road, just look."

"We can walk beside the road and go look. If we don't step on it we won't be disobeying. It'll only take a few seconds, and we will probably never be down this way again. I don't want anyone to see us and mention it to Mom and Dad."

I want to go back now, Don. This feels wrong. Anyway it's barely a road, more like a trail."

"Go ahead, I'll catch up in a few minutes." said the older boy. He confidently stepped onto the dry, almost dead grass beside the winding dirt road.

"Greg! Are you still here? You have to see this! The hole is bigger than it looks, and goes deep inside the hill."

"I don't want to see it! Let's go!" said Greg, sensing danger. He had not taken one step off of the side road which ended where the forest trail began.

"Oh, alright! But tomorrow we run, and get here earlier. Deal?"

"Deal!" said Greg, who then took off at full speed before his brother could change his mind. This was one deal Greg had no intention of keeping. He wanted to see second grade next year, among other things!

A while later he stopped, and looked around. His brother was nowhere to be seen. "It really is getting dark now."

Greg knew that calling out for Don was useless, so he reluctantly retraced his steps, all the way backck to the beginning of the forbidden road. "Don!!! Let's GO!" Nobody answered.

In the last light he saw a shape next to the hole. It was a small tree which had not been there before. It was just about the same height as Don!

Greg ran all the way home, without stopping. When he reached his porch, he stopped to pull himself together. With a tear streaked face, he slowly entered the house. "How am I going to tell Mom and Dad?"

He could hear Mom and Dad laughing in the kitchen. "Hey Greg, you might want to wash up before supper!" said a voice from the living room.

To his extreme relief Greg saw Don, doing his homework and grinning! He was clean, and had changed his clothes.

Shocked he asked "How did you get home so fast?!?! I thought you were lost!!!"

Greg went to clean up, not thoroughly convinced. Nobody could run THAT fast. But the proof was in the living room.

As soon as Greg left the room, Don's eyes gave off an eerie red glow...

Image made in Canva using their gallery