Robin is the son of a multi billionaire who had everything literally handed to him. He never lacked anything and he always got what he wanted, but Robin was a very disrespectful rude 16 year old who had no regards for anyone because he felt everyone his beneath him. What do you expect from someone that grew up getting away with everything he has done. Robin treated everyone that worked for them without respect. Although Robin never grew up with a mother figure because the mother died while giving birth to him, so people overlooked his attitude, especially his dad. He felt so guilty that he was on a business trip on an island during his birth. So he was no there on time to take the pregnant mother to the hospital. This was the reason the father always made sure Robin had everything he always wanted. 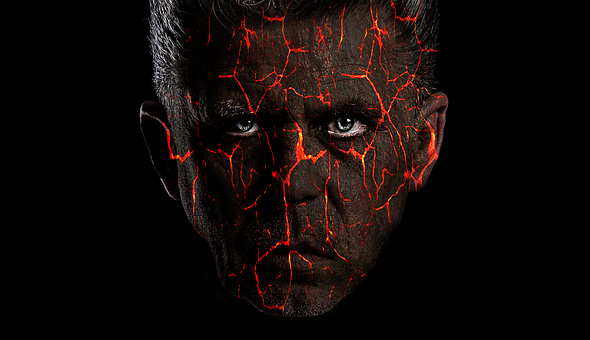 On Robin’s 17th birthday, Robin decided to spend the day with some friends partying in a club. While partying, he equested for the most expensive cake the club could offer. During his birthdays, Robin’s father always gave him his black card to go on a spending spree without limit. What do you expect from a billionaire? He partied really hard and he felt so good. After the party it was time to go home, being the pretty rich boy, Robin always had ladies around him, while he was being escorted to his car by his driver with two beautiful ladies by his side, Robin hit an old woman who was carrying a bag of cheese, her bag of cheese fell off and Robin didn’t care. The old woman ran towards him and banged on the car window, Robin told the driver to drive off. The driver dove off, the old woman picked up her bag of cheese and left.

The next morning Robin woke up with scars all over his face. Robin’s face was hideous and he didn’t know what to do. Robin screamed so loud, but unfortunately he is the only one that lives in the pent house. Robin checked his left arm and saw a mark, the image of the old woman flashed through his head. He got a recollection that he got the mark when he bumped into the woman the previous night. “She has to be the reason” he said to himself as he picked up his hoodie to go back to the location where he had met the old woman. When he got there he searched around and couldn’t find the woman. He went inside the club and requested for the camera footage ,after watching it he was able to get a picture of the old woman.

While asking people if they’ve seen this old woman, a lady walked up to him and suggested she knew the woman and the woman is a known witch and she can take him to her place. He was so happy because he felt he was going to be cured since the old woman casted a witch scar spell on him. They got to her place and they knocked on the door. The door opened but no one was at the door, who opened the door, Robin asked inwardly, the moment he entered, Robin saw lots of cats. The old woman’s house was filled with cats. There she was sitting on her favorite chair knitting a sock. Robin asked what she did to him and she should reverse it. The old woman said he has to be nice to people before the scar can go. Apparently there were 30 unique different scars on Robin’s face, each scars goes off whenever Robin shows genuine kindness to 30 people.