This year's Halloween night, three friends Richard, Dennis, and Clark, chose to take something extreme. The three teenagers intend to visit an old mansion on the outskirts of the city which is famous for being haunted.

All plans have been set. First they would gather at Clark's house, and from there they would leave in Clark's father's car. It just so happened that both of Clark's parents were out of town, so they were free to use the car whenever they wanted.

The location of old house is quite far from the city center. The house is on the outskirts, close to a pine forest area, which takes about 50 minutes more to get there.

The three friends were already on the road, past people in unique clothes who were passing by in the city center. Everyone is enjoying Halloween night.

In addition to several fences of residents' houses decorated with horror-themed ornaments, and lights in gloomy and dark colors, the small town center has been turned into a centerpiece for a festive Halloween parade.

A Jack-o'-lantern pumpkin light hung over the junction sign, grinning at everyone. An entertainment agency in the city specifically set up a stage on the main square that would be filled with local gothic bands.

"Hey, take a look at that one!" Richard exclaimed, pointing to a little girl walking on the sidewalk dressed like a doll in a thriller.

"—trick-or-treat, idiot!!!" they shouted at the same time to the little girl when the car that was being driven by Clark passed by.

"Ha-ha-ha! they laughed at the same time.

The car began to enter the deserted streets, a sign that they were no longer in the city. In a little while, they will arrive at the big house they want to go to

"Now you can record," Clark said to Dennis.

Dennis immediately took out his smartphone.

"—hey, —hello everyone—, it's Halloween tonight, and we're—, wait, it's too bright, bro, dim a little bit," Richard interrupted.

"—Is that so?" Dennis adjusted the lighting of the camera light that was shining on Richard's face.

"Enough, enough, —okay. Hey, whats up everyone—, tonight is Halloween, we will give something different for this Halloween night, we are going to an old haunted house. Follow our journey. Don't forget to subscribe our channel, okay!—" after Richard spoke, Dennis immediately through the car window, then, the camera's focus shifted to recording rows of pine trees sitting in the dark.

The car turned into a path filled with gravel so that the vehicle slowed down a bit, until it stopped right in front of the fence of a large house in the middle of a pine forest.

"—say something," Dennis asked, pointing the camera at Richard.

"—wait, bro, oh my god, look, take a look at that house," Richard lifted his head through the car window to see the big house that was now in front of them.

"—why are you scared? You coward—" sneered Clark, who had just gotten out of the car, "come on," he said again.

"—damn you, you," Richard was annoyed. He immediately came down after Clark, while Dennis, who was holding the camera, followed behind them.

The three teenagers are now right at the gate of the house. As Clark prepared to push the old, rusty metal doorknob, he cautioned his two friends.

"Remember, we're going with a fixed formation. I'm in front, Richard is behind me, and you is at the back. If positions change, you has to record from the front, Richard stays in the middle, agree?" asked Clark.

Clark pushed the door slowly. The creaking sound of the rusty hinges pierced the eardrums.

"—oh, okay. Guys, now we're at the door of the house we were referring to. We'll be going around to have a look—, the fun's about to begin!" the camera began to highlight the yard of the house which is almost half the size of a football field.

In the darkness, the flashlight from the smartphone camera held by Dennis caught some of the statues that were there.

Dennis suddenly grabbed Richard's arm, "damn, that statue looks like it's looking at me, Richie."

"—hey, what the hell? Richard felt annoyed to be suddenly pulled like that.

"—that statue, Richie, you see?" camera light shines on the head of the statue in the form of a girl.

"Ah, what the heck, keep going, Clark is far away from us," Richard quickened his pace a bit.

"—hey, wait for me!" suddenly Clark shouted at there.

Richard stopped in his tracks. He turned to Dennis.

"Who was Clark talking to?" asked Richard.

This time Richard quickened his pace and ran a little after Clark who had disappeared in the distance.

"Hey, stupid Richie, wait for me!" Dennis was annoyed to be left alone.

"Hey, wait for me," suddenly a hand grabbed Dennis' shoulder. What the..., his heart seemed to have stopped beating. His heart did not have time to ask whose hand and voice it was.

He immediately ran as hard as he could, however, the hand immediately grabbed and blocked him so that he slipped and fell.

"Hey idiot! Why are you running, it's me," Richard patted Dennis on the cheek.

"—why are you like a possessed?" asked Richard as he held out his hand to his friend who had just fallen.

"—but—, where's Clark?" Dennis asked Richard as he looked around the courtyard of the mansion.

"Are you all right, my friend?" suddenly heard Clark speak.

"—is that you, Clark?" asked Dennis with a slightly relieved heart.

"Yeah, of course it's me. What's wrong with you?" Clark is now embracing Dennis's shoulder who is now in a standing position in the middle of his two friends.

According to Dennis, this is weird. What just happened. Earlier he had seen for himself how Richard was chasing Clark who was running away from them.

"Come on, let's end this adventure. Let's go home. Your feet aren't scratched, are they?" Richard felt Dennis' knee, while patting the sticky dust there when Dennis fell earlier.

"—I'm all right," said Dennis, but with a thousand of question on his face.

"Yeah, I think so. Let's get going. Things are starting to feel weird," Clark accepted Richard's offer to leave, canceling their desire to record the atmosphere in the house.

They had arrived in front of Clark's car, until Dennis realized something.

"Clark—" Dennis had to confirm his suspicions even though he desperately hoped that the oddball in his head turned out to be wrong.

"What is my name?" asked Dennis.

Clark suddenly stopped starting the car. The atmosphere was quiet for a moment. Dennis immediately looked at the two friends alternately, but everything soon seemed pitch black, until he found himself awake alone in Clark's car in the morning. He immediately opened the car door.

Dennis now right in front of the house they had come to last night. The atmosphere in the place seemed not at all haunted and even tended to be fresh because it was filled with the atmosphere of green pine trees, while the morning dew seemed to fill the grass that surrounded the place, but where were Clark and Richard?

Note: there is a belief that if you visit a haunted house, then never mention the names of your friends there, or the residents of the house will make them new family members in that place. 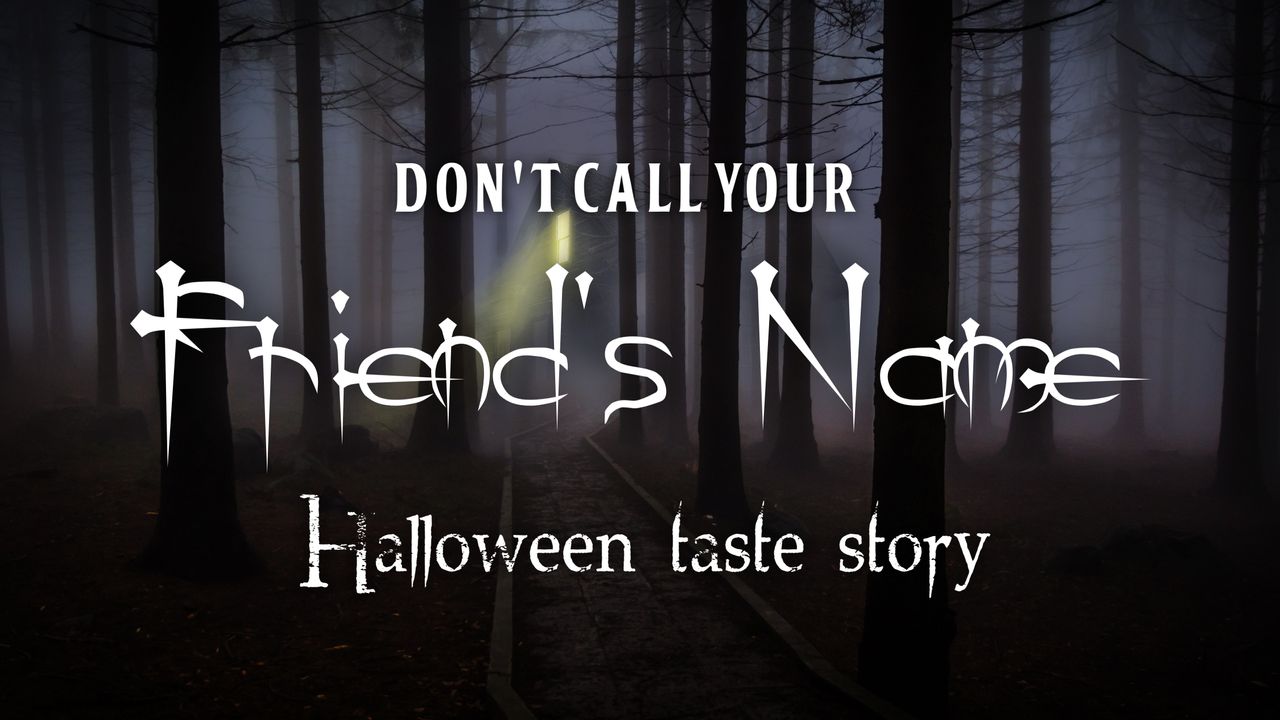 Illustrations are copyright ArtTower the author has edited them using Logopit Plus.

Illustrations are copyright ArtTower the author has edited them using Logopit Plus.