Mystery Of The Creak 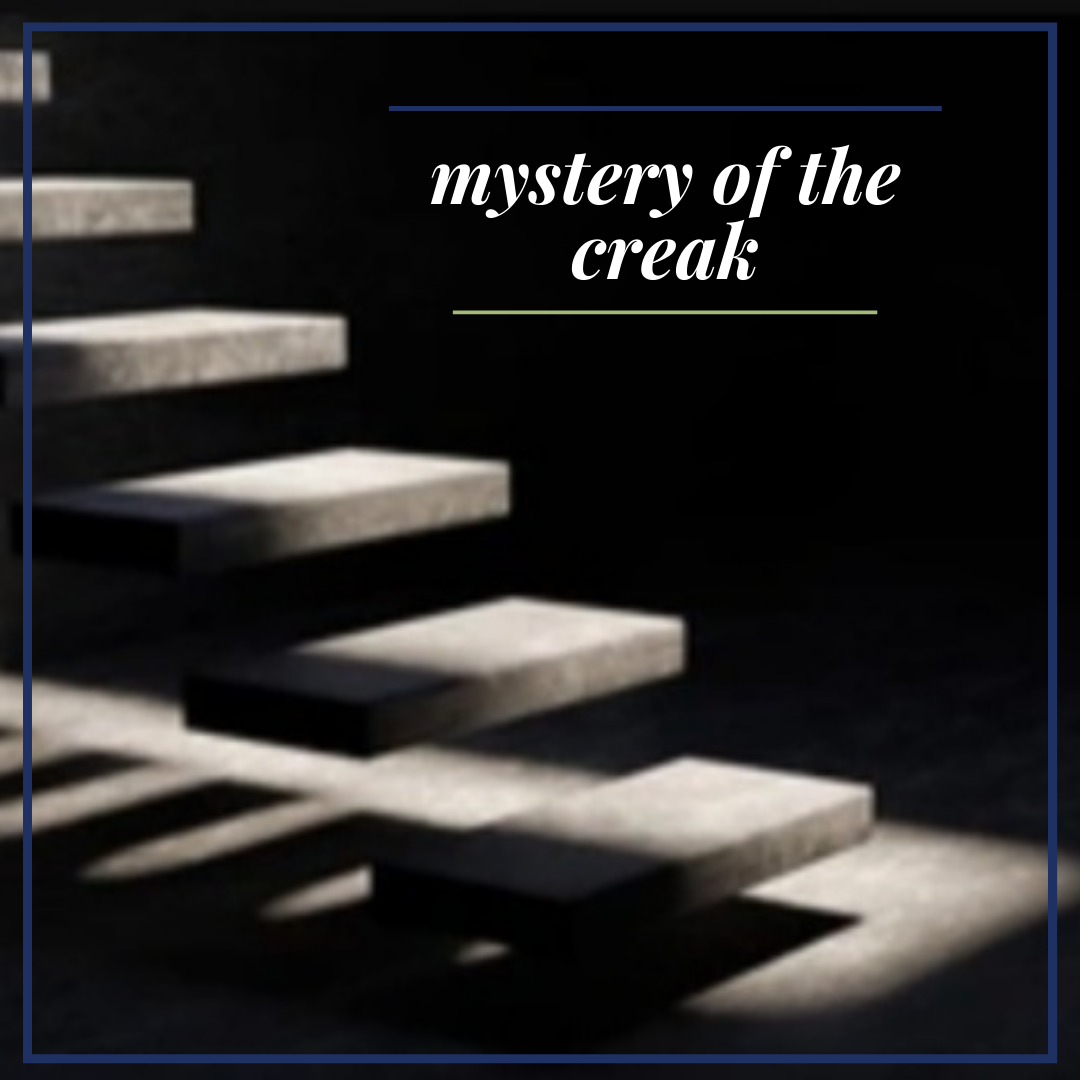 When Anna called to ask for a favour, saying she had to drive out of state to see her Nana urgently, Rita knew she could not turn her work friend down. Anna had covered for her at work a week ago or else she would have lost her job. Rita packed an overnight bag since she would spend the night at Anna's apartment and also feed her cat, Tom. She hopes the cat will like her.

Rita parked her jalopy vw bug in front of the apartment, picked up her overnight bag, walked to the door and rang the bell. Anna opened instantly, breathing fast and shocking Rita.

"Everything okay?" Rita asked, peeking inside the apartment to be sure. Anna busted into laughter.

"Sorry, did I scare you? Was running from Tom." Then a golden brown cat appears beside Anna. 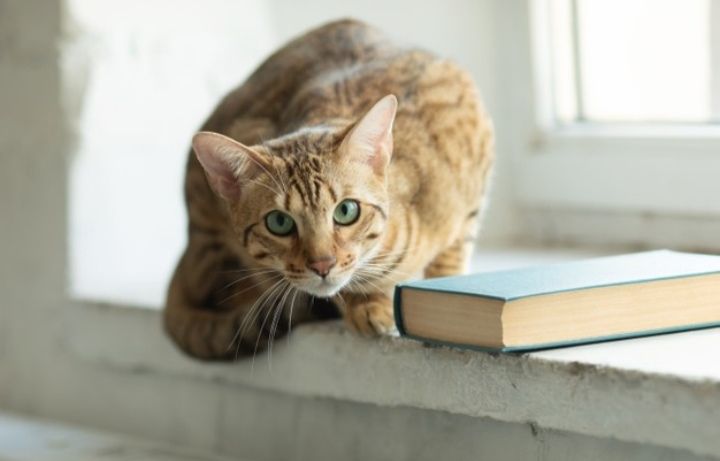 "It's a she," Rita did a double-take and stared at Anna suspiciously. Anna grinned.

"What? Tom fits her better. Come in!" Anna took Rita around the apartment then picked up her car keys on the coffee table.

"Rita darling, one more thing. My boyfriend Pete will come by tonight, say 9, to pick up his golf gear. It's right there." She points to the gear resting against the wall beside one of the bedrooms.

"Yea. He has booked a tee time for 10 am tomorrow and will need his gear…"

"Wa-wait. Hold up. Tea time? You make reservations for that?"

Anna froze, a little confused then laughed. "No dearie. Not tea, like beverages. I mean tee. T - E - E- time."

"Not a fan of golf, I see. Alrighty, I'm late already. See ya!" The ladies hugged each other and Anna left. Rita took a deep breath, turned around and locked eyes with Tom who sat on his haunches looking at her.

Spending the night in a friend's apartment for the first time can be quite a task but Rita was willing to suffer through it. At least to convince Anna that she could care for her apartment in her absence. After feeding Tom, Rita glanced at her wristwatch. It's almost 9 pm and Pete had not come for his gear. Rita became anxious, waiting for Pete to show up. Being a morning person, she preferred to go to bed early.

She decided to take a tour through the quiet, three-bedroom apartment. Towards the back of the apartment is a staircase leading up to the attic. After exploring other rooms, she walked quietly, closer toward the staircase. It was dark in that part of the apartment, with no light switch anywhere in sight. Rita shivered. She was not a fan of dark places. She could barely see through the darkness. She turned to go get a torchlight when she heard a creaking sound. She froze, listened intently. Where did that sound come from? Still frozen in her step, she hoped she would hear the sound again so she could trace the direction it came from.

A creak again. She peered intently into the dark space where the staircase leads to the attic, hoping to see whatever was behind the creaks. Goosebumps grew and spread all over her skin. What is it about attics anyway? Could there be something or someone in the dark up there staring at her, maybe? Flashes of horror scenes in some movies she had watched flipped through her mind. She shook her head to dismiss them.

Rita knew she needed a weapon for defence purposes. Then she remembered the golf gear. She glanced at her wristwatch, it's 9.45 pm. Maybe Pete was not coming by anymore. She walked to where the golf gear rested against the wall and gently pulled out one of the clubs. She tested it. It felt strong and sturdy. She could defend herself with this.

She returned to stand at the bottom of the dark staircase.

It was late. She should be in bed but knew if she did not resolve the mystery of the creaking noise, she would be wide awake all through the night wondering if there was something or someone here with her...

Then she heard a thud, like something heavy, rolling down the dark stairs, towards her. Her heart beat a little faster…Tiny sweat beads lined her forehead. Her palms tightened around the club. She raised it above her head, expectant, ready… Her eyes made out a rectangular-roundish shape, tumbling down the stairs towards her.

Immediately it came close, she did not allow it to drop to the last step before she beat the 'thing' repeatedly with the club as fast as she could, exhausting so much strength to defeat it!

Suddenly she stopped when she realised the 'thing' did not fight back or bite her as she'd imagined. She looked closely and saw…. IT WAS AN OLD PILLOW! Then, Tom descended majestically down the stairs, stepping out of the shadow after the old pillow.

Rita and Tom both stared at each for minutes. Rita could not believe what just happened. She took a deep breath, nodded to herself and went to bed. What a night, she thought.