The Ink Well Prompt #30: Scooter competition between cats and dogs 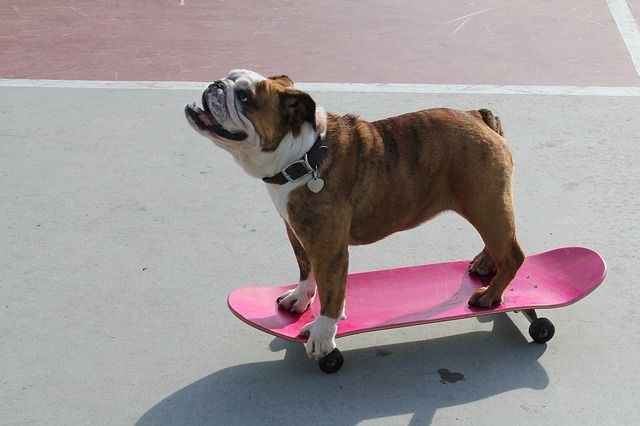 The village of Burro de Pablaos belongs to the so-called rural Spain. It was left empty many years ago, so the authorities decided to call different families to repopulate it. For the call they would fill out a form to be sent by e-mail.

Burro de Pablaos is nestled in a quiet place where they have a small river of crystal clear water, small mountains, a church dating from the fifteenth century, a hospital, a school and typical houses in which they include stone in their construction.

At the end of the call for applications, the president of the town council, Mr. Alfonso Huerta, together with a commission of different specialists decided to review the applications. They chose the families they thought would be best suited to the site.

They had a month to prepare the reception. That day they would welcome them with a typical lunch that would include Spanish omelettes with different fillings, Valencian paella, Galician octopus, Madrid stew, marmitako and chocolate with churros for dessert.

Afterwards, they would make a tour of the village and assign the houses to each family. A total of 25 families would begin to live together, with more arriving later.

These 25 families were made up of both foreigners and Spaniards. The foreigners knew how to speak Spanish, that was one of the requirements to enter the lottery.

Each family was quickly integrated into the place. They all marveled at how lucky they were to have found a house and a place where they could practice their trades and professions. They also brought their customs, successes and failures of their respective lives.

After three months of being established, the chief of police, Francisco Soteldo, a very cheerful and respectful older man, informed them that another contingent of families was coming to live in the town. So he proposed a meeting in the plaza, for Saturday night, to anyone who wanted to participate.

The agreed day arrived and almost the whole town attended. Several ideas were put forward to welcome the new neighbors. Among the most voted was to give them a buffet lunch. For this purpose, typical dishes of the area would be prepared, as well as those of each family living there.

But the most daring and novel was proposed by the teenagers: a skateboard competition. This was not just any competition....... it was between their own pets. In this first stage, dogs and cats would compete. The kids cheered wildly.

-Where and how are you going to accomplish that?-

-Don't worry, we are training our animals,- answered Manolo, the most dynamic of the teenagers.

-But we also have prizes for those who win,- says Marisol.

-Besides, the route is included in the welcome program,- clarifies Victor, Marisol's friend.

-And how would that be?- The Chief of Police asks again.

Now it is Juanma's turn, he was the one who came up with the idea,- answers Marisol.

-Well, each participant is training their mascot on their scooter. We think they will be ready for the welcome day. Of course, we will make a pre-selection. Those who pass the test will go to the contest.-

And Juanma continues to clarify:

-The test consists of each pet riding alone on its scooter until it reaches the river bank. That is the end. Also that competition must be at midnight. That night, it is a full moon night. Everything is clear along the path leading to the river.-

The day of the reception arrived. Everything went great with lunch. The new families were very excited but, before assigning the houses, the kids invited them to the skateboard competition, their pets, which would be at midnight.

They all look at each other's faces in silence ......., but the new teens clap their hands and reply that they would join them in such a pleasant surprise.

They would gather at midnight, in the town square, all those who wanted to go to see the competition. From there they would leave for the competition site. It was a small paved street that led to a dirt road that reached the river bank.

At the competition site each teenager placed their pet on the scooter ..... In total there were 12 of them, 6 cats and 6 dogs. Each pet was identified with a number from 1 to 12. Any animal that got out of the scooter was eliminated.

Shortly after leaving, we hear a bang! Number 2 falls, it's Raquel's little kitten. She couldn't go on, the scooter tripped over a stone and the cat fell. Mew, mew, mew, he gets up and runs quickly to his owner. Raquel comforts him.....

Then you hear a fight, it's cat number 5 with dog number 9. They have had conflicts before. But that didn't discourage their owners for the competition.

Daniela's Pekingese dog, named Grumpy, grumbles at Paula's angora cat Respingona. They fall behind in the competition, not concentrating. Zuas! The cat jumps on Grumpy's skateboard, gets on top of Grumpy. She at first tries to shake it off but when she sees that, Respingona stays calm, she concentrates on her skateboard and follows her competition route. But both are disqualified.

Everyone takes pictures and videos of this unexpected detail.....

The events continue......now it's two neighbor dogs Thor, a Great Dane puppy, and Zeus, an old Chihuahua, come into conflict. The puppy wants to play and chooses Zeus. The latter gets annoyed, he is not for jokes, and without barking ......le gives a little bite as a warning. Thor gets the message and retreats. Luckily for their owners they are still on their scooters, but now they are the retards of the group.

When everything seems calm, before reaching the dirt road, a sound is heard........... It's a match, shouts one of the assistants.

The worst thing is that the blowpipe hit the target....... and Marisol's cat, Dorada, was injured. The skateboard takes speed..... and Dorada falls into the river. Her doggy friend, Sultan, runs faster with his skateboard ....... He reaches the shore.......And when no one was expecting him, he jumps into the river and brings Dorada back.

Everyone is amazed.....They don't notice the winners. Fortunately, everything is filmed by one of the new neighbors. He reminds them that the first place, in the canine category, went to Sultan, while for the cats the winner was the gentle Dreamer.

Mr. Alfonso Huerta, who had kept quiet, breaks the silence...... and with a loud voice and very annoyed warns:

-The camera is under my protection. We are going to investigate who committed this barbarity with a defenseless animal. That family cannot belong to this beautiful town ....... -