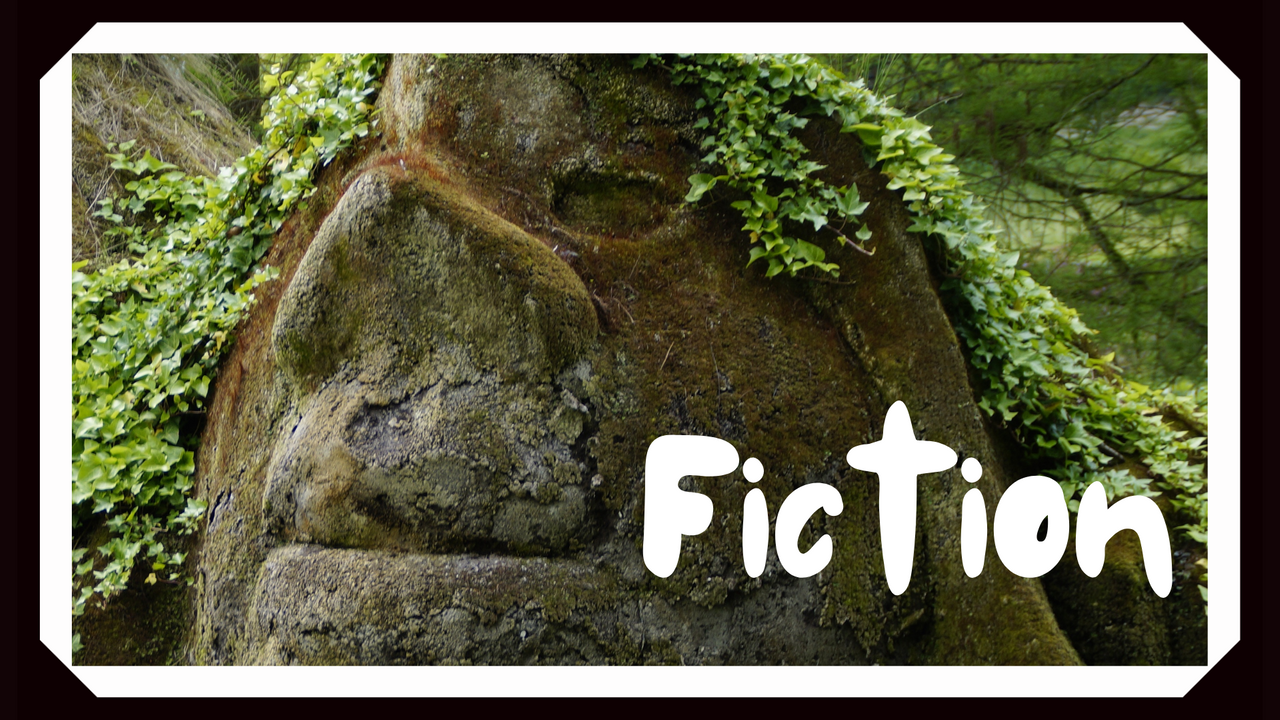 The story shared after supper when the kids had gone to bed would always circle back to the troll. It was one of the most talked-about stories in town as people were fascinated and jealous of the Bainun family's wealth.

"I heard that Muna had gone over to pass Tommy Bainun his groceries. Apparently, he pays her good money. I wonder with no kids or siblings, who he has willed everything to? Maybe that thing will take everything back. Oh and Muna swore she saw the damn thing."

"Are you sure? Officer Durga went over the other day, you know, to investigate the disappearance of the tourist couple. And he saw nothing. The cottage was absolutely empty."

"That's because he went in the day. He is big-time chicken anyways. If he really wanted answers, he should have gone after dusk, only then will you see it. Only then he can step into its alternate world. The veil is lifted after sunset."

"Are you crazy?!! All the times we had to pass Uncle Tommy's land, we take the long way to avoid the cottage where the troll lives."

"Shhhhh, don't say it. Don't say the "T" word. It will hear you. That's what Mama said. It's like you connect with it and then it can smell you and it will be waiting for you."

"I heard that too. It seems Wani had made fun of it and went there with her boyfriend. The boyfriend has been missing since and Wani is now crazy. I think she saw it."

"Yes, they took her to Bomoh(medicine man) Wadi, and he told her mother that it had eaten the boy and then eaten her brains which is why she is crazy now."

These stories got wilder and scarier over time. It all started when the cottage was built by Old Man Tommy's forefathers. They had crossed lands and rivers to build a home in these lands. But little did they know it belonged to a troll.

Initially, there was unrest. Fires destroyed homes and farm animals would go missing. But eventually, man and beast had met under a blue moon when their two worlds blended. They communicated and came to an agreement.

The troll would continue to live at the foot of the mountains in peace. Farmer Dollah Bainun built a cottage to mark the sacred space and warn all passers-by. In return, the troll guarded his family and made the land rich and fertile.

Over time, variations of the story were repeated, partly to scare little children from going around the bend where the river raced towards rapids just two miles ahead.

It was believed that the troll would sometimes leave the door unlocked to lure the curious in. When one did trespass then it was the troll's prerogative to do with them as it saw fit. It apparently fed on them to appease its ravenous hunger as people had disappeared without a trace.

What people did not know was the troll did not eat meat and did not care for humans whom he found greedy, disruptive and entitled. Whenever humans trespassed the cottage, it would seek solace by going deep into the woods or stay hidden at best. They seemed to think the worst of it and it liked it that way and sometimes for fun, showed itself to encourage the fear.

So, what happened to Wani and her boyfriend? Well, the actual story is that Wani had lured her boyfriend to the cottage in the hopes of seducing him. She succeeded, alas the boy had no intention of making an honest woman of her as she had hoped. When she tried to get him to commit to marrying her, he had refused vehemently, which made her swear she would tell her father. Her father was an unforgiving man and had been known to whip out his shotgun to ease results in his favour. Though she thought her threats would make him stay with her, it did the opposite as he ran right out of town without telling even his aunt whom he lived with. This made Wani withdraw from the world, depressed and refused to talk to anyone.

So, how about the tourists you ask? Well, that is another sad story indeed. The couple had walked into the cottage, looked around, took plenty of pictures for their travel blogs, and even slipped a "souvenir" into the satchel. Then they walked around the bend to the river and while taking more shots for their blog, the girl slipped into the water, the guy jumped in to save her and that was the last of them.

The late-night stories aren't true but one wonders if it is merely a coincidence or it will serve us best to stay away so misfortune will not befall us.

I missed the flash fiction challenge by @theinkwell. When I saw the prompts, I was bummed because oh the stories. But of course, we are still allowed to use them and since nobody had tackled the troll prompt, and @jayna said she was still waiting for one... ta-dah!

The prompt: We took the long way to avoid the cottage where the troll lived

Thank you for reading.
I appreciate your time & being part of my story 💗