This is my exercise for @theinkwell's weekly call.

Grateful for the kind read. 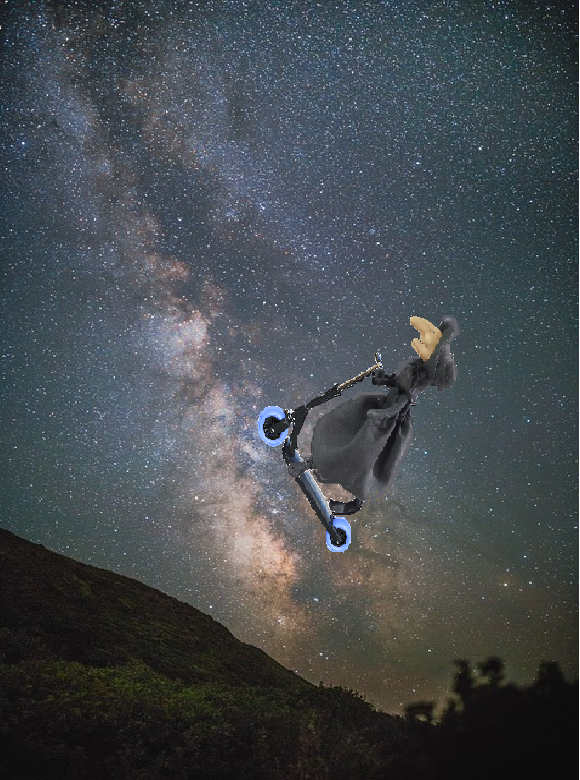 My grandfather has a strange way of being, he always wants to be in the open sky, I have the impression that he is constantly examining the clouds.

It was him, not my father, who taught me to fly kites, to ride a bicycle, to fish in the river. One Christmas, my grandfather bought my first skateboard and gave it to me as a special present. Was a beautiful blue and black scooter with which I learned to soar in the air, higher than I had ever imagined.

Grandpa had a calm, but mischievous and cheerful, look in his eyes. He liked to tell me the strangest stories when we were lying, the two of us, under the shade of the oak tree in the courtyard of my house.

When I ask my grandfather for a story, he smiles and starts talking about kingdoms and far away countries and tells me about wizards and sorceresses who can travel through time. His made-up stories are fantastic.

"Once upon a time there was a beautiful witch who loved to travel the universe.

This pretty witch had a name, her name was Atza.

One day, when she was four thousand years old, Atza wanted to go on a journey and reached the moon. There she stayed for a long time inside a crater on the visible side of the satellite. When Atza looked out, she could see the silver, blue and green planet which, as she later learned, its inhabitants called earth.

Atza didn't have a magic ball, she didn't need one. When Atza wanted to know something, she only thought about it in a concentrated way. And that was how the beautiful witch got to know the men who called themselves people. And so it was that she was curious to go down to earth, and so she came to that river where a man was swimming in the moonlight. And so she felt in his breast something she had never felt before. And Atza, who was immense, as colossal as she wanted to be, wanted to be the size of that man, and so it happened.

Being the size of men, the beautiful witch was able to appreciate the dimensions of human life. With her immortal mind she understood the profusion of life around the river, the imperative call of the insects, the explosion of the flowers, she no longer looked only at the silvery mirror of the streams, but could admire the delicate drops.

Atza wanted to live for a while in the multicoloured world of that planet. There she chose a husband. He was the man she saw swimming in the river at midnight. And on that planet she had her first child.

She taught him to look at the stars, to fly kites and when the boy was ten years old she made two scooters appear, both of the same colour, blue and black. The boy learned to soar through the air quickly, and she soared with him, playing at touching the sky.

But Atza had to live her greatness, to be herself, a witch who loves to roam the universe.

When her son was seventeen she said goodbye to him. She explained to him, without mystery, who she was. She asked him not to be sad because they would always be together. The man who swam in the river and his teenage son watched her ride her skateboard at midnight up the river of milk that leads to infinity.

Along that same river she appears from time to time without warning...

Grandfather has told me this story many times. So many that when I do my jumps I think I feel the presence of a beautiful witch who stands behind me and encourages me to jump higher and higher, higher and higher. Then I am filled with the desire to cross the milky way on a skateboard. 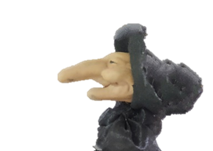