It was difficult for Dele to locate his friend amidst the crowd, as everyone walked hastily to avoid been knocked over by a passerby. The atmosphere was permeated with different voices from the sellers who tried to advertise their product, and of buyers arguing over price. Dele walked fast trying to catch the paste of people ahead of him and touching his pocket, congratulating himself each time to have been conscious with his purse.
He was humored by a tricycle rider who tried to meander his way in the narrow paths along the market but instead throwing some basket of tomatoes. "Hey, my goods are still fresh, come buy from me", a woman called out to him as she noticed him staring at the fresh potatoes.

There were a lot of huts with thatch roofing built to prevent sunshine from beating their goods, and everyone was busy doing one particular thing. Dele watched as drivers brought in goods in large quantities and marveled how the traders intend to sell all of it that same day. He had heard a lot about the market that he decided to take a walk around it. People spreading their goods, some men resting under the shade of their huts, motorcyclists looking for a buyer's goods to transport, and women frying yam for sale.
"Not everyone is here to buy, some are here to steal from your pocket", he remembered his friend's words, again Dele put his hands in his pocket and smiled, after noticing his purse was still there. 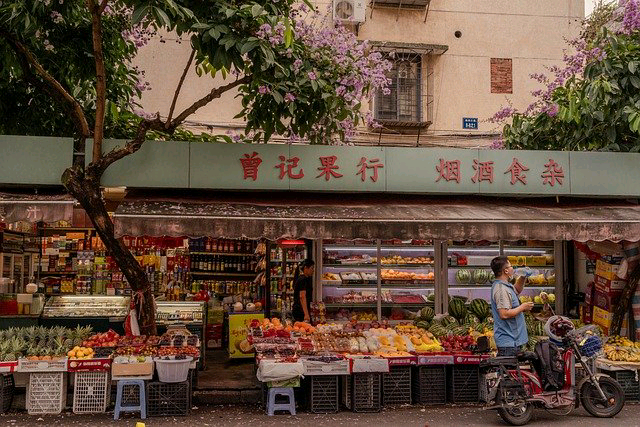 At the far end of the market was a horse ranch. Dele got carried away watching the beautiful horses, and the next moment he tickled his pocket to ascertain the safety of his purse, it was not there. "Thief! Thief!" He shouted as he saw the man he had assumed stole his purse running. Immediately he chased after him bumping on people in the crowd, it was hard meandering his way along the people going to and fro but kept his eyes fixed to monitor the direction the thief had taken.
"Make way, make way," he said repeatedly whenever he approached people standing on his way.

The thief seems to know the market paths, as he ran along the stuffed crowd hitting people and not watching if they were injured. "Thief! Thief!" He kept shouting, this time it drew the attention of the people and they chased after the thief who now was mixed with the crowd. "There, he is the one " Dele pointed at a man among the crowd.
"He must not have been the one who stole your purse," they told Dele after scouring the man. "Next time be more careful with your items in a market place" they advise.