Enemies of the Road|| The Inkwell Writing Prompt #20

Lawrence's mum was disturbed when she learned her child was going to a camp, she was afraid her son might face the same terrible experience she had that make her dreadful in the dark. Lawrence was 11 and has a dark spot on the nape of his neck; a feature he took after her.
"I wouldn't be in the dark all alone," he said, trying to convince her he would be fine.
She nodded without saying a word. Lawrence had always been restricted to play with his peers and here was an opportunity for him to explore his fantasies.

Tuesday Morning, June 14, 2020, the date and time read on Lawrence's wristwatch. "Something was wrong about this place" he mumbled. No one seems to have noticed the changes in the atmosphere except Lawrence who have stayed awake the night through the journey. The path through the forest was dark but his time read it was morning and worst, it was two years ahead of time, immediately his feet grew cold, trying to recap his mom's word but remembered she did not exactly tell him what she had experienced. He started to sweat profusely but his fingers shook vigorously.

"Where are we," he asked the driver who seems indifferent to the change in the atmosphere.
"Badagry" he replied.
"My time is reading two years back"
"Yeah, that's what you see but mine is different"
Before Lawrence could ask him further questions, Dare the class teacher tapped Lawrence on the shoulder
"Get some sleep"
Lawrence reluctantly rests his head on the car seat. shortly they arrived at the camp and started offloading their luggage and setting camps. The camp activities started few hours with guidelines to adhere to while on the camping ground and the daily routines to do by the students. 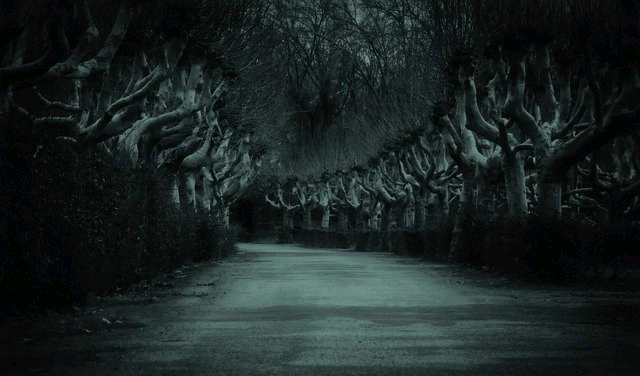 Lawrence wasn't himself, no student seems to have noticed the intertwining of time. It was morning yet dark, he could hear footsteps outside his camp, fear gripped him has a shadow figure cast on him, quickly he looked outside but saw no one standing. Everyone was sleeping, except him who the chirping of the birds sounded horror to him. In a blink it seemed like he saw a figure running past the wood, he became dreadful tapping his friend who sheepishly turned and returned to his sleep. He picked up a stick and held it close to him, his feet could be seen shaking through the partial illumination by the campfire, all he wanted to do then was to go home.

Lawrence dreaded the dark, he was always fine until darkness starts to rule over the day, he hated the howling of the howl and the shadow and the unrest during the night.
"Why do you see differently from my time?" Lawrence asked the driver while they sat around the campfire.
"Because time is the enemy of the road"
"How," he asked.
"Once you begin to take notice of your time here, everything becomes outrageous and the dark becomes your enemy".
It was then Lawrence realized why he was the only one seeing weird things, maybe his mum had a similar experience. He pulled off his wristwatch and set out to enjoy his summer camping.