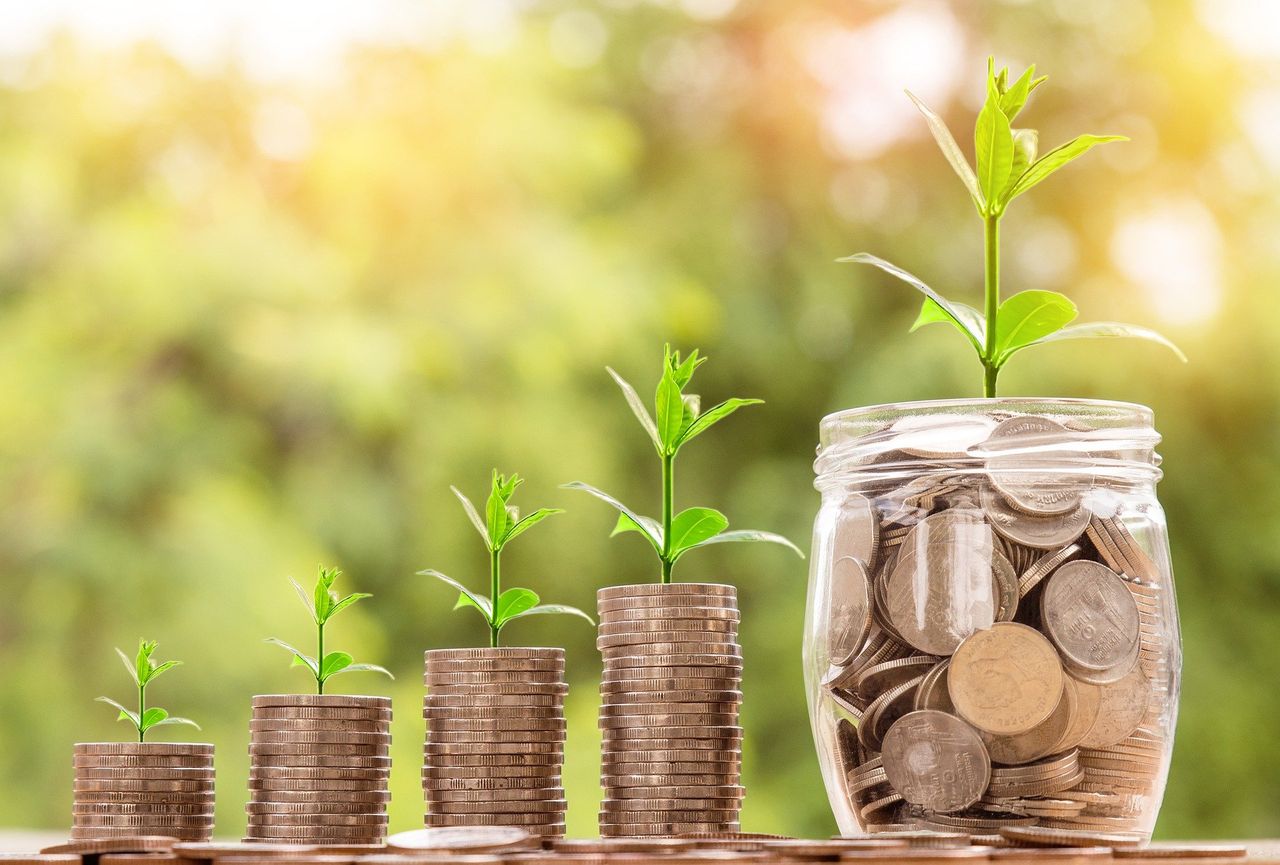 Of Green Thumbs, Growth, and Genius

It was a strange thing to come home and meet a new best friend, three feet and eight inches tall with bejeweled goggles, a knack for gardening and investing in stocks, and deep comfort with the “averageness” of life and people.

Not that there was anything average about Louisa Dubois Chennault, niece to Jules Dubois, but she was one of those rare modern children whose dreams of the future had nothing of the silly aspirations to be anything and everything but who she was … the kinds of aspirations that had destroyed decades of relationship between Jules and his family.

Of course Louisa knew nothing about that. She was only nine years old. All she knew was that she prayed with her grandfather every day that his prodigal sons would get right with God and come home, and Oncle Jules was the first of the miracles le bon Dieu had granted, even in the middle of the time of la maladie.

When a girl thinks a man is a miracle, even if the girl is his nine-year-old niece, even if he has lived a very self-centered life, if there is anything being redeemed in him, he will try just a little harder to get his life all the way together.

Jules Dubois needed that kind of admiration upon coming home – although his parents and brother rejoiced at his return, the realities of having to work out the repair of all those individual relationships and of all the expectations he was expected to meet as a member of the household (he had not cooked or cleaned for YEARS) were a tough adjustment. He was also used to coming and going and doing whatever he pleased … but la maladie and Jean-Luc Dubois, his father, were running neck and neck on putting a firm end to all of that.

The thing about the Dubois patriarch: he was the Black French Louisianan embodiment of James Brown's famous song: “Papa Don't Take No Mess!” Jules and two of his brothers had crossed a certain line with him and their father had banished them from the family. Jules had needed to get both his eternal and temporal life all the way together to come home, and he knew that he would have to keep it together to stay home. Papa – or, to say it in French, Peré – took no mess, and had recaptured the reverential fear in Jules.

Jean-Luc Dubois was the awe and fear side … Ébène-Cerise Dubois was the mother love side, but deeply wounded … a lot of healing work had to go on there, work that Jules had never had to do as an adult with a woman, and it was a hard lesson to have to learn at age 45 with one's own mother.

And then there was his elder brother, Jean-Paul, who at least did not play the role of a bitter elder brother that the actual Prodigal Son had to deal with, but it was hard to reconnect anyway because the elder brother had lived a life of celebrated service around the world and the younger had lived a life of self-service. It was hard to find common ground, even though Jules admired that Jean-Paul reached back to the days when they, so near in age, were playfellow boys and best friends. Neither fully understood how they had become so different. It was hard to work with.

But then, on came niece Louisa – no rough history, no judgment, nothing to work out. She was as smart as a whip, and had inherited quite a bit of her grandfather's take-no-mess personality, but she had all the softness and sweetness of her grandmother, too, wrapped up in a playfellow little girl. She was a very advanced student for her age, and her study hours overlapped Jules' trading hours, but it was the highlight of his day when they both were finally done and she bounced out into the yard to see what he was doing.

Jules had compromised on chores with his folks, allergies and all: he took his allergy medicine and focused his attention on growing the food crops in the family's front and back yards. It was still springtime, but the irises had done their thing and been replaced with onions, potatoes, celery, and a variety of peppers in the back yard, and in the front, all manner of herbs along with turnips, beets, and carrots. Peré Dubois kept the roses and lilies for his wife near the fence, but the hard labor now belonged to Jules.

Jules, though, had always loved growing things, allergies and all – his green thumb had started with plants, not with money, and in a sense returning to working the soil helped to re-ground him. He had lived a wild life in New York, and even though la maladie had not claimed him, there were a lot of other pleasures he had pursued that could have killed him. To return home, and to home's new soil, was a humbling and necessary good for him.

It helped that Louisa also liked growing things and digging around outdoors in general, and how she felt about working with her uncle was sort of indicated by her safety goggles … she had attached all kinds of costume jewels to them “to reflect the full spectrum of light back on the plants and such,” she had said with a perfectly straight face to her uncle.

“Sounds like a plan to me – come on then, and here are some seedlings!” he had said, and gotten her off the porch before her grandparents burst out laughing.

Most people just didn't understand about light for plants, and about talking to plants in a nice way and singing to them … but Louisa did, and she made the best company her uncle could have. Bonus points for her being able to see the treasure in every different kind of rock there was to dig up.

Louisa did not have any interest in New York City, since to her mind it was the place that her uncle came home from by a miracle. However, she was interested in the connection between his work in finance there and the high mathematics she was studying, and it turned out she and her uncle had a lot in common in terms of how their minds worked. Uncle Jules relished being able to share about his life – the good parts – in this way.

One day – it was raining hard, so no yard work – Uncle Jules was sunk in deep thought at his computer when his niece popped up.

“What cha' thinking about?” she said.

“This market,” he said. “You know I make my living and bring money now to the family by trading, but la maladie is kicking the roux out of the stock market. Whole industries, just collapsing – travel, sports, anything needing a crowd. I'm still doing fairly well, but finding new good investments is hard.”

Louisa sat down beside her uncle and imitated his exact posture, and that made him feel so much better … she was so cute, with her glittery “regular” glasses shining on the contrast of her deep chocolate-colored face, plump cheeks, broad button nose, full lips pursed in concentration, and two big Afro puffs of dark brown hair.

When she said it, it was easy to believe … and it harked back to when he was a little nerd working on big math problems, and his mother would come and say, although in French, “You have all the intelligence of all your people in you, Jules; you can do it.”

Louisa had the first part of the breakthrough.

“Well, the crowd is inside, somewhere, and the averageness of their behavior isn't going to go away,” she said. “They need distraction. The girls are definitely going to be asking their parents to buy them slime, glitter, and bubblegum.”

Jules jumped, and then sat up bolt upright.

“Toys and comfortable consumables – of course! You're right, Louisa! The challenge is that manufacturing is also down, but companies that had comfortable stockpiles are going to make out like bandits! We just have to find them! See, we can invest in whole industries that we think are going to do well, and also in individual companies in those industries – like, you know, nested parenthesis kind of stuff!”

“Got it. But remember PEMDAS, the mathematical order of operations: Parentheses, Exponents, Multiplication, Division, Addition, Subtraction.”

“Exactly. Companies that have too much going on have so many places to get messed up in times like these.”

“That's not the way we generally use math in the markets, Louisa, but I like it. There are a lot of places for a order of operations – or a system of operations – to break down if it is complex, and companies that need a lot of things from a lot of places to come together just right are not going to do as well in a pandemic situation as those that have a simpler process.”

“That's why we are in the yards every day that it is not raining, Uncle. We are simplifying our food process, from yard to table – less situation for la maladie to break down.”

“Right. So: we look for companies that are showing that they are making the same adjustments, and have products that the crowd at home wants. This is called fundamental investing, Louisa.”

“Makes sense to me,” she said. “You figure you want your money somewhere that people kinda know what they are doing.”

“Now, how do we get our investment into these companies – that's the technical side, the math side.”

“I've been waiting for you to have time to finally show me the charts!”

Uncle and niece sat through all of the rainy afternoon, reading news (he read financial reports too) and looking at charts … turns out Louisa was a natural at seeing geometric and fractal patterns in the charts, and picked up how to use common indicators just as quickly. Her questions stimulated her uncle's mind and caused him to see things he hadn't seen and thought of for a while … at the end of the afternoon, he had a solid investment plan to begin buying into the next day when the markets reopened.

The Dubois grandparents watched in quiet astonishment throughout the afternoon.

“Who but le bon Dieu would have known it – Jules and Louisa have found the growth and genius in each other!”

This story came from the character of Louisa, given that the Dubois family's story is thus far in the spring of 2020 ... even though I introduced her as a child prodigy, and even though, because she is a Black girl, there is the weight of both history and "Black girl magic" expectations on her, she's still a little girl, and the bubblegum and glitter and costume jewelry side is something I have wanted to write about. One of the most terrible things about crises in the world and in families and communities is that children are robbed of the opportunity to be just that, even as the adults are robbed ... but, in an atmosphere of miracles of love, the character of Louisa and the character of Jules make a picture of restoration across generations!