The settlement: The inkwell prompt #25 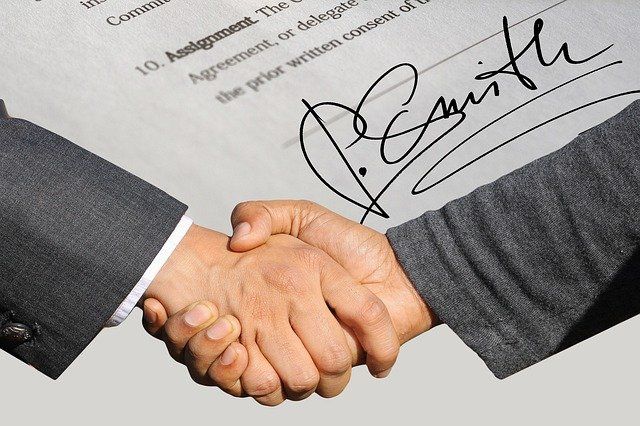 Cindy looked like a shadow of herself as she walked tardily alongside Fred, the once big shot lawyer but now an old small town lawyer, who Cindy could barely afford. She glanced up at the tall skyscraper which housed the office of one of the biggest pharmaceutical companies in the world, Max & Collins.

Max & Collins was renowned for its quality products and vaccines which stood out among others as very effective in the fight against viral infections and diseases.

As Fred assisted Cindy up the stairs of the building because she was very weak, he thought within himself, "can I win this case? Can I face the sharks at Max & Collins? The law firm representing them is brutal and has a track record of winning cases and squashing the opposition without mercy."

This case could either make or mar him as he had few more months to retire and he wouldn't want anything that would jeopardise his once illustrious career.

The receptionist disrupted his line of thought as she welcomed them and showed them the way to the conference room. The conference room was designed to intimidate the proletariats. The furniture was exquisite and the decor was sleek and perfect.

Cindy looked at Fred and he could see fear written all over her face. "Don't worry Cindy. Just follow my lead and everything will be just fine". He assured her.

Three of Max & Collins' lawyers walked in, dressed in three-piece designer blue suits and looking distinguished. They took their seats across Cindy and Fred. The silence in the room was deafening. Fred cleared his throat and said, "can we go ahead now?"

"Of course, Fred," said Tony, one of the lawyers. "Based on our previous meetings with you we have more evidence that Ms. Cindy here suffered damages to her liver from complications from a previous surgery she had two years ago. Not from the use of our client's drugs. In other words, we are not liable and will not be paying any compensation to her."

Fred smirked and peered into Tony's eyes. "Let's just cut the charade! My client has a strong case against Max & Collins and you know it. But if you want to play it that way, fine!"

Fred pulled out a bulky file from his briefcase and waved it a little for the other lawyers to see. He pointed a finger at Tony. "All I need to turn this case on its head is in here and you better believe me when I say if this gets to court, your client stands no chance. Just sign the settlement and pay my client. If you think $3.5 million is too much to ask....."

Fred allowed the sentence to linger in the air like a threat as he caught a whiff of distress in Tony's eyes," ....then I will see you in court."

Smith, the second lawyer, looked at Fred with clear disdain and said, "what do you have in that file? It has not been admitted into evidence and we have no copy of it. It's inadmissible."

Fred smiled. "Don't worry about the technicalities. More files are turning up as I continue my investigation into your client's dirts, malpractices and similar cases. Buckle up and enjoy the ride because it's going to be a long one."

Fred stood up, turned to Cindy and was trying to assist her to her feet when Tony gestured for them to sit.

"I must hand it to you Fred. It seems you still have some fire in you. You know, close to retirement and all. I'll say this just once - this case is over and when we get to court you know what? Your career will be over as well! We will take further action against you and at the end of the day leave you with absolutely nothing for your retirement." Tony said with a satisfied grin on his face.

A mobile phone on the table rang and the third lawyer, Griffin, answered the call. "Yes sir, okay. Huh...Hmm.. alright...will do." He replaced the receiver back and whispered into Tony's ears. Tony's eyes widened a bit as he glanced at Fred before saying, "Give us a minute we will be right back.

The three lawyers walked out of the conference room and huddled together. Tony cursed under his breath. "How is this possible? How did Fred get his hands on those files?"

"That's what the boss said, Tony. He has it on good authority that those files are not a ruse and instructed that we settle," said Griffin.

They continued arguing amongst themselves even as they stepped into the CEO's office. Max looked at them and shouted,"enough! I instructed you to settle."

Smith spoke up, "If we settle ...every Tom, Dick and Harry who has ever used your drugs will come together and file a class action against you. Please reconsider this decision and fight this out in court. I know we can win this!"

Max looked at Griffin, "What do you think?"

"Sir, I think we should settle. We have no idea what can of worms Fred may open with that file. This could become a PR nightmare and drive the company's stocks into the ground. My word of advice is for us to settle and make them sign a nondisclosure."

Max stayed silent for a minute, looked at them and finally spoke. "Pay her $1.5 million. Final offer. Let's settle this."

As the three lawyers walked into the conference room, Fred gave Cindy a handkerchief as he consoled her that all will be alright. Tony scowled and slid a nondisclosure agreement towards Fred. Fred skimmed through the three pages, raised his eyes to argue when Griffin chipped in quickly, "that's the final offer we are instructed to give. It's more than generous. Accept it."

Fred clamped his mouth shut, narrowed his eyes at the three men then turned and whispered into Cindy's ear. She nodded and they signed the document.

Cindy hugged Fred with tears in her eyes and thanked him for his help all through the six months they had been pursuing the settlement.